posted 1 year ago
I'm stoked to get to ask Paul's input! And Shawn too.

So my first thought is sheet mulch with cardboard, but then inner Paul sez you're doin it wrong.    Same with wood chips.

This is suburban, parents' yard, south side, unleaded soil.

Food waste compost--2.5 big bins
Some small branches for hugelkultur
The pachysandra
More pachysandra
You get the idea
Leaves from maple--oodles of leaves coming soon
New England rain 40 inches even distribution
Maybe 10 feet between house and property line, 30 feet of pachysandra minus a few yards I cleared for raspberries


My have mostly taken the benign neglect approach to their yard--so no herbicides, pesticides, etc.

I think a fair number of yards have ths same situation--ivy, pachysandra, eyonymous, or vinca...

posted 1 year ago
Sounds like a good plan to diversify the plantings.  Consider leaving a few patches of the pachysandra around.  Even though it is not edible to humans, it is one of the very earliest blooms in spring, so can be a lifeline for bees when they come out of hibernation.

And wood chips are usually out too.   I have way too much to say here.  There are exceptions, but I would far prefer other mulches.

What I mostly want to do is hugelkultur.   A good seven feet tall.  You mention hugelkultur - how big are you willing to go?

So you have something that will grow like crazy if you don't smother it with something else.  Do you have a source for bales of organic hay or straw?

Can we get some pictures to see what we are dealing with?

What is the subsoil?

posted 1 year ago
I'll have to dig in to look at the subsoil, but I expect it's compacted and dead. The front yard was that way--i dug a worm town there and hit hardly any roots even from the little street trees nearby.

We could probably go about 2 feet up for the hugely bed and get away with it.  The fence is 3 or 4 feet tall, so it doesn't really hide the permaculture from wealthy neighbors who might not be bonkers about permaculture.

I don't have easy access to organic straw or hay, but I could gather leaves that people leave out at the edge of the woods.

I will have some rhubarb leaves in spring.

Regarding leaving some for the bees, that won't be a problem.  Pachysandra is played by Bruce Willis in Die Hard 1 through 205.

If I did hugelkultur, how deep would the pachysandra have to be to get smothered? (It's not like sod.  More like The Sodfather.)

The pachysandra needn't be all gone, I lik the idea of letting the sunchokes and pachysandra fight it out.  Just want to give it an edge.

That gives me an idea--mow the pachysandra down quite low, with electric mower (I do not have a scythe so can't be that cool) and in the five seconds before it grows back the sunchokes have a chance.

How would sunchokes with hugelkultur work best placement-wise?

Thanks for the input


Google earth screenshot.  The area between the house and the green blob (fence being eaten by ivy) is where the pachysandra patch is.  This is the southern yard.

The tree to the west is actually gone now, arborist said it was rotted out and took it down. 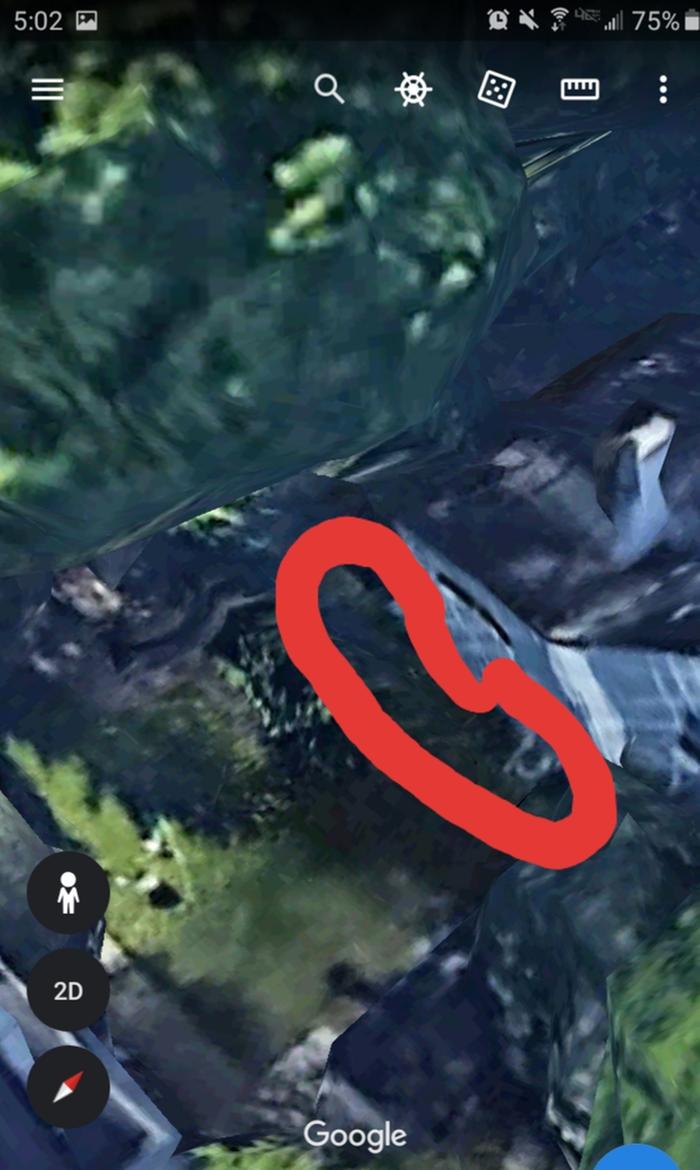 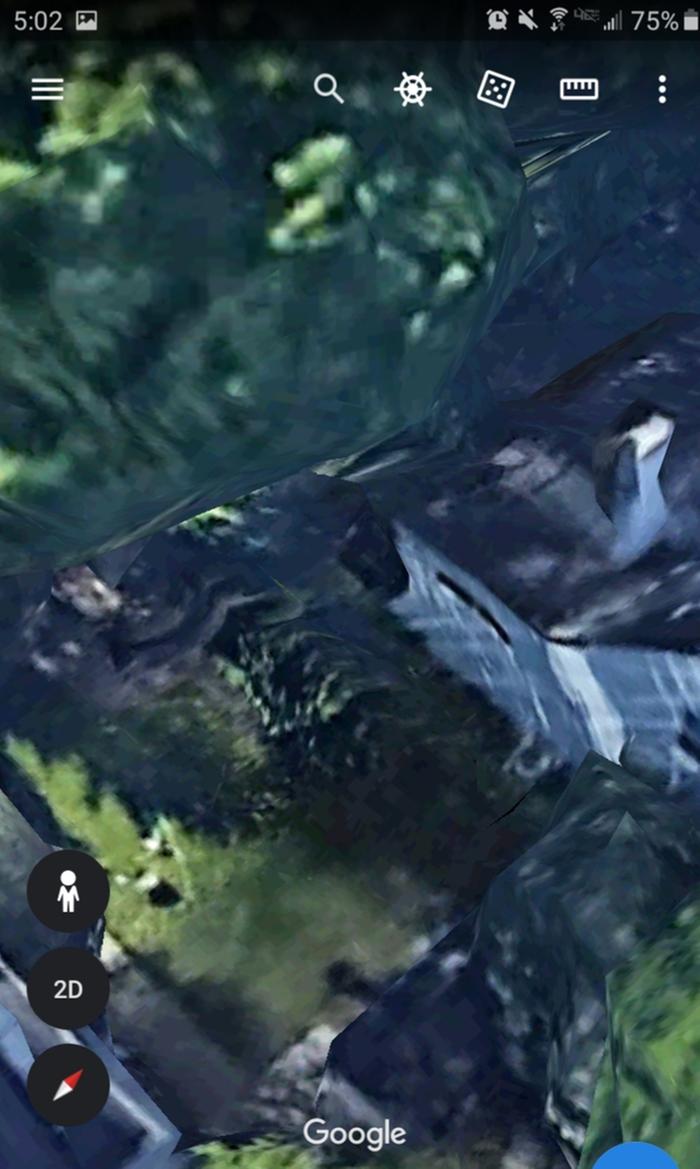 --mow the pachysandra in that area. Whatever else I do that part will be positive
--do a small hugel and a worm town if I can.  Get that wood we have buried.  I have limited time and energy, it's got to be this afternoon or else wait for spring/a warm spell when I can get back there
--pile a bunch of leaves on top of everything. I know for a fact our leaves have no herbicides.   I have to rake them out of a lot of the yard anyway where I cant mow-- such as where there's vinca or the front yard pachysandra.
(Btw even USA Today had an article saying mow your leaves on your lawn instead of raking them up! Leave them as mulch. Sensible principles  entering  a mainstream publication!!)
Re-mow in spring and try to leave the sunchokes un-mowed if they're up.  (I've never really paid attention, but pachysandra seems to just stay there through the winter.  I'm fantasizing it won't actually regrow much in winter, just hold steady. )

Further question--if a tree has been exposed to herbicides but is still producing leaves do its leaves contain any herbicide? I've seen conflicting info.  I could grab neighborhood leaf bags to supplement.

This has been helpful to talk out.  My first thought was not the best for the context.  I wouldn't have thought of trying to mow the pachysandra.  I had been narrowed into "how do I smother this?" And gone hunting for cardboard, and compromising .

posted 1 year ago
I posted updates but somehow didnt load.

Mowing workes amazingly well--reduced the pachysandra to a very thin layer of mulch.

I did make a lazy hugel bump, and dug a sort of worm town.  I quickly hit what you in the rest of the world call "rocks" but we in New England call "the ground."  I found no local worms to populate it with, but I hope they'll rally when I'm not looking. There was one way down at the bottom of the hole, ironically, but I forgot it when I moved it out of the way...

So we'll see how it goes in the spring.

Thanks for the help thinking this through! Glad I didn't go with cardboard.