posted 1 year ago
Anyone who has more than a couple pet sheep soon learns that these critters can die pretty easily, and from all sorts of situations. My own first experience with sheep was successful and I quickly got smug, adding more sheep to my tiny flock. Mother Nature quickly smacked me down to reality. Between myself and my neighbor's I've seen sheep die or get stressed from all sorts of things-- worms, scabies, flystrike, weather, fence entanglement, starvation, etc.

As Travis noted in another discussion, it's possible to dramatically reduce mortality rates. I'd like to open up a discussion on reducing sheep mortality.

posted 1 year ago
I'll start the conversation with the idea of starting out with the right sheep in the first place to reduce mortality.

A neighbor a few years back proudly showed off his new starter flock of 15 ewes. He couldn't see it, but these ewes were super elderly, thin, and anemic. It didn't take long before they began dying, and by a year they were all dead. Those that didn't die from the worms died due to starvation (they had few front teeth to crop grass with, and weather exposure. So if he had started out with young ewes that were in decent weight and had been dewormed regularly, he would have greatly reduced his mortality rate.

I myself added woolies to my starter flock and quickly learned what flystrike was. My location makes keeping woolies a challenging task and requires very good husbandry.

So in my opinion, the first step to reducing sheep mortality is starting out with the right animals for a particular situation.

Hmm.   My experience has been with Katahdin sheep, and they were especially hardy and easy to keep.    Lambing was pretty straightforward, open-air,  no heat lamps or sweaters,  rarely did a ewe need assistance (usually I'd help with a breech though).    A new hay source led to a calcium deficiency one year, the only time I lost a couple lambs.  Lambs were healthy and ewes were maternal,  there was just no milk.  I should have stripped them better to make sure, but I had gotten used to easy lambings.    Supplementing the rest of the flock turned things around part way through lambing and the rest were fine, although I had a lot of bottle babies in that first week.   I ran a flock of anywhere from 15 to 30 for about 10 years.  Sold my farm and sheep last year, boy I hope the new owners are taking care of my girls.
ram.jpg 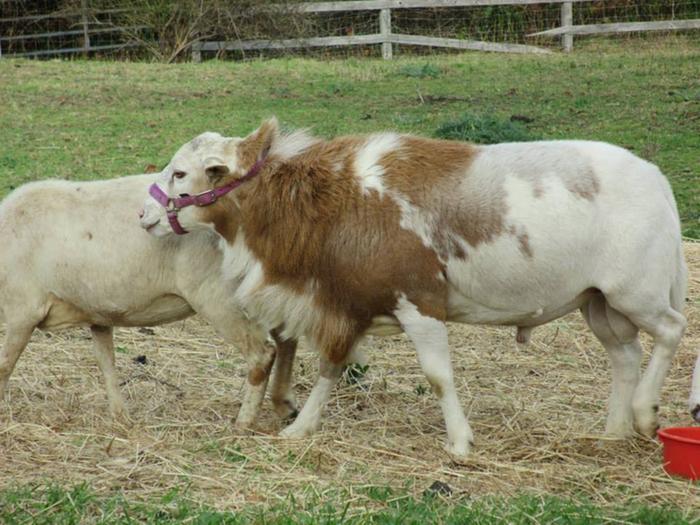 Kris schulenburg
pollinator
Posts: 178
Location: Henry County Ky Zone 6
28
posted 1 year ago
I have had wool sheep for 7 years or so in KY. The two biggest changes have been feet and Barber Pole worms.
Most avoid foot problems with regular trimming and a dry place to stand. A dry place can be a challenge in rainy weather because there wool gets wet and gets the bedding wet. Zinc  solution usually keeps the foot scald at bay on my Dairy sheep with wimpy feet.
Barber Pole worms are the big problem. I did not worm the first 4 years and rotational grazing kept them at bay well enough so they didn’t die. The last 3 years have been very wet and I broke down and used wormer. I have East Freisian and Icelandic’s which are both very susceptible to worms so other breeds are worth considering.
Copper blouses seem to help with the worms but have not been enough lately. free choice minerals are important for sheep. I use Redmond regular and Selenium salt, Sulphur salt block, oyster shell and baking soda. Sometimes Kelp.
Pat Coleby’s Natural Sheep Care is a good book.
I love sheep. They are sweet (mostly) useful critters.

posted 1 year ago
Tagging.  Planning to get some sheep this spring or summer if we can get the fencing done.
kadence blevins
pollinator
Posts: 677
Location: SE Ohio
57
I like...

posted 1 year ago
Barber pole worm is the biggest parasite issue in general. It's going to be a problem most places.
Haemonchus Contortus, barber pole worm- "Females may lay over 10,000 eggs a day, which pass from the host animal in the faeces. After hatching from their eggs, H. contortus larvae molt several times, resulting in an L3 form that is infectious for the animals. The host ingests these larvae when grazing. The L4 larvae, formed after another molt, and adult worms suck blood in the abomasum of the animal, potentially giving rise to anaemia and oedema, which eventually can lead to death" Wikipedia
"In general, the life cycle for H. contortus developing from an egg to a mature and reproductive adult can take simply 21 days under ideal conditions and let me tell you, this year may not have been ideal for crops, but it certainly has been ideal for the reproductive cycle of parasites. In addition, adult H. contortus females have the ability to lay 5,000 – 10,000 eggs per day!" "parasite development is slow during spring, fall, and winter conditions, but survival is lengthy. As drying out becomes less of an issue during these periods, the L3 larvae are able to cope in these conditions and survive for a longer period of time. In areas with moderate to low temperatures, parasitic larvae are able to survive on pasture for up to a year, but in general most survive for 2-6 months" osu.edu

"The stomach worms usually of secondary importance are Trichostrongylus spp. and Teladorsagia (Ostertagia). Their importance is usually as an additive effect in mixed infections with Haemonchus. However, in warmer sub-tropical areas, Trichostrongylus spp. are important pathogens in grazing ruminants. Teladorsagia  appears to be much less important in the United States than in cooler parts of the world such as Northern Europe and the British Isles.
In the southern United States, Ostertagia circumcincta is of no real significance in small ruminants because the hot and often dry summers are hostile to the survival of its pre-parasitic stages In the western U.S. particularly the cooler, wetter, coastal areas of Washington, Oregon and Northern California, Teladorsagia is the dominant nematode of sheep (and goats).
Nematodirus is not usually a primary pathogen in ruminants in North America. However, Nematodirus battus does cause significant disease in lambs in Britain because of its unusual hatching requirements. Cooperia infections are usually secondary contributors to parasitic disease.
Meningeal Worm (Paralaphostrongylus tenius)
The meningeal (deer or brain) worm is an internal parasite of white tailed deer. The life cycle of the meningeal worm requires terrestrial snails or slugs as intermediate hosts. Sheep are unnatural, dead-end hosts for the parasite. When sheep ingest snails containing infective larvae, the parasite moves into the brain and/or spinal cord causing often fatal neurological disease." sheep101.info

I haven't done all that research about parasites for a while but as I recall, the longest life cycle given for parasites is 35 days long so the longer you can make your rotation past 35 days, the more parasites will have died off before the sheep are back on that piece of ground. And since you want to optimize how much you can raise on your land, you can rotate other animals (cows, pigs, chickens,..) which will be dead end hosts for the sheep parasites, and vise versa. So your rotation could be cows, 30 days later sheep, followed shortly with chickens, 30 days later cows, and on like that. So your cows won't be back for 60 days and the sheep are dead end hosts. The sheep won't be back for 60 days and the cows are dead end hosts. The chickens help spread manure and are also dead end host for both parasites. And you have raised three types of animals on the same land and optimized forage production. As the quoted stuff above, the life cycle is like a general idea because temperature and moisture amount affect how long each step of the life cycle happens, plus some will die off sooner and some will survive a lot longer.

If your're lambing or dealing with lambs at all then you have to learn about coccidiosis. Here is a good intro, and Here is another.

In 2019 between barber pole worms and coccidia I lost all my lambs. This year I'm hoping to put a lot of changes into place to beat both off. For coccidia a big one is that I'm going to add Deccox to the ewes feed for the 6wks before lambing. Sheep naturally carry it and during the end of pregnancy the ewes body will be shedding more of it through the poop. So where the ewes are during this time will have more. So the Deccox will help kill it off and I'm hoping to not have the sheep back into the now winter and lambing paddocks for a good while. My estimation is the first rotation will be 75 days rest, after the first one beating down some brush the second round will be quicker, estimating 54 days rest rotation.