Dale Hodgins
Posts: 9002
Location: Victoria British Columbia-Canada
666
posted 7 years ago
There is a fool running around Victoria with a sand blaster who has talked several building owners into giving their building a "face lift." Dirt and mildew often darken the surface of older, porous bricks. There are vavious soaps, bleaches and coatings that can help with this benign problem.

An extreme response would be a thorough power washing.

This guy has stepped it up a notch. He blasts away up to 1/4 inch of the brick's surface, removing the hardest most weather resistent layer and leaving a soft, chalky, pock marked surface that is bound to absorb every drop of rain that hits it. It's the equivalent of 200 or 300 hundred years worth of surface erosion in one day. I have recycled 150 yr old bricks which still have their original surface largely intact. The sand blasted bricks are so badly damaged that they may need to be stuccoed over to prevent spalling.

Hopefully this guy will damage a building on the heritage registry and be shut down by the cost of fines. Some sort of ladder or scaffold failure would serve the common good in his case. 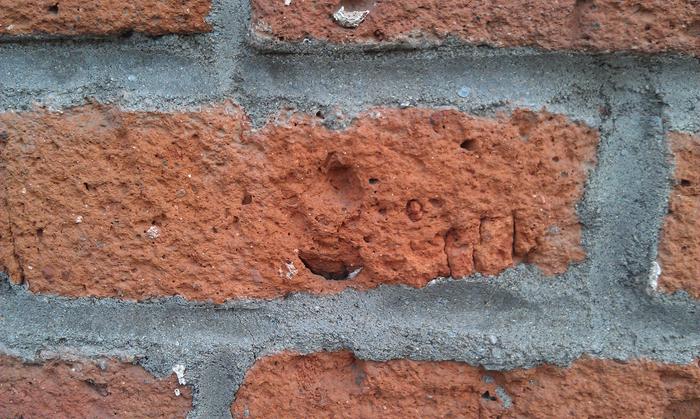 Posts: 7926
Location: Currently in Lake Stevens, WA. Home in Spokane
316
posted 7 years ago
I can't fathom how hard that will be to clean up once the moss starts growing in it.

As much as I dislike lawyers, I can't wait until somebody sues him for the damages he is causing. Jeez!
Shows what happens when a fool buys a tool of potential mass destruction.

I have seen that done to the INSIDE of a building, but never the outside. That case was a last resort to remove some grafiti that permanently stained the brickface.