BTW, the link to one of the related articles doesn't work, so here is the correct link -
http://www.fastcompany.com/1709448/interview-with-a-bee-leaker-beekeeper-tom-theobald-discusses-the-epas-bee-toxic-pesticide-co

posted 3 years ago
I merged your stuff with the following thread. I hope that is okay by you.


Feeding small amount of pesticide killed slowly but thoroughly wrote: Past research has shown that neonicotinoid pesticides, which target insects' central nervous system, do not instantly kill bees. However, to test the effect of even small amounts of these pesticides on western honeybees (Apis mellifera), Harvard researchers treated 16 hives with different levels of imidacloprid, leaving four hives untreated. After 12 weeks, the bees in all twenty hives (treated and untreated) were alive, though those treated with the highest does of imidacloprid appeared weaker. But by 23 weeks everything had changed: 15 out of the 16 hives (94 percent) treated with imidacloprid underwent classic Colony Collapse Disorder: hives were largely empty with only a few young bees surviving. The adults had simply vanished. The hives that received the highest doses of imidacloprid collapsed first. Meanwhile the four untreated hives were healthy.

"There is no question that neonicotinoids put a huge stress on the survival of honey bees in the environment," lead author Chensheng (Alex) Lu, an associate professor at the HSPH, told mongabay.com. "The evidence is clear that imidacloprid is likely the culprit for Colony Collapse Disorder via a very unique mechanism that has not been reported until our study,"

That mechanism? High-fructose corn syrup. Many bee-keepers have turned to high-fructose corn syrup to feed their bees, which the researchers say did not imperil bees until U.S. corn began to be sprayed with imidacloprid in 2004-2005. A year later was the first outbreak of Colony Collapse Disorder.

Bumblebees exposed to pesticide foraged less and made less queens wrote: A U.K. team exposed buff-tailed bumblebees (Bombus terrestris) to small doses of imidacloprid, and placed the bees in an enclosed natural setting where they could forage free. After six weeks (a far shorter time than Lu's study), the team weighed the nests and compared them with control colonies that had not been exposed. Treated colonies were on average 8-12 percent smaller than the colonies that had not been exposed, which implies that exposed bees were not gathering as much food. However, even more alarming was the case of the missing queens. Pesticide-exposed colonies produced 85 percent fewer queens: a total of only around 1-2 queens per hive. Queens are the most important bees in a colony, since they found new colonies after winter when all the other bees perish.

Pesticide-exposed foraging bees don't go home wrote: A second study, this one conducted in France, shows directly how neonicotinoid pesticides may be impacting bees, eventually leading to the collapse of the colony. Researchers glued tiny microchips to free-ranging western honeybees in order to track their movements. They then administered small does of a different neonicotinoid pesticide, called thiamethoxam, to a portion of the bees. Exposed bees were two to three times more likely to not return from foraging excursions than unexposed bees.


Why has it taken so freakin' long to connect all these dots?


It has taken a long time to understand the link between Colony Collapse Disorder and neonicotinoid pesticides, because scientists were looking for an instant-killer, and not something that caused slow deaths over several months, says Lu. In addition he adds that scientists ignored "the fact that the timeline of increasing use of neonicotinoids coincides with the decline of bee populations."

Lu says policy makers "need to examine the effect of sub-lethal doses of pesticides throughout the life cycle of the test model (in this case honey bees)." He further notes the depending on LD50 findings (i.e. a lethal dose that results in the death of half of the specimens tested) "is not relevant to the modern day chemical toxicity testing." In other words, regulators need to start testing the long-term impacts of chemicals in the environment, and not simply focused on whether or not they instantly kill test subjects.

Mat Baker
Posts: 6
posted 10 years ago
Sadly a lot of them had already been connected by beekeepers in France around 2003.

What amazes me is that these pesticides were ever considered smart in the first place. Has everyone forgotten the lessons from DDT? This crap is environmentally persistent and even if they stop using it right now it is going to take time for it to go away (I have seen references of two year half life in some soil conditions) and allow the pollinators to recover.

Mat Baker wrote:Sadly a lot of them had already been connected by beekeepers in France around 2003.

What amazes me is that these pesticides were ever considered smart in the first place. Has everyone forgotten the lessons from DDT? This crap is environmentally persistent and even if they stop using it right now it is going to take time for it to go away (I have seen references of two year half life in some soil conditions) and allow the pollinators to recover.

Yes, the third study above was one of the ones done in France. The difference is that these three studies (along with the complete lack of controverting results), when taken together, conclusively show the problem is neonicotinoids and can therefore be accepted in US as canon. Many (if not all?) countries in the EU have banned them already due to those countries' studies. The difference between the EU and the US' attitudes may be the difference between the EU's insta-ban and the US' still having this &&&& on shelves. The EU takes a very cautious approach to new technology -- see how they didn't touch GMOs. The US is always actively reaching for anything that might make them money.

What gets me is -- this &&&& is still being sprayed on human food. STILL. TODAY.
Morgan Morrigan
Posts: 1400
Location: Verde Valley, AZ.
posted 10 years ago
http://www.nature.com/scitable/blog/green-screen/buzz_kill_bee_populations_and
Corky Love
Posts: 63
Location: Tacoma, WA [8B-7B]
2
posted 10 years ago
Thanks for sharing. I hate it when you hear, "Corn isn't bee pollinated, so how can it be a problem." The fact that corn pollen can drift and be collected by bees regardless of corn not needing bees is a good explanation but the linking of HFCS feeds is the cherry.

I live in Bizzaro World. 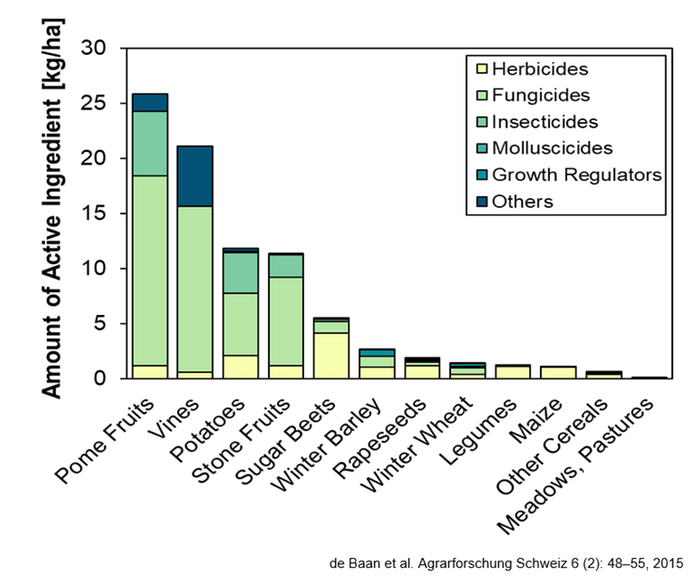