The trees are about 10" in diameter. I cut the trees about 5' off the ground since they have gotten too tall. This caused them to continue to grow shoots but none of the shoots get flowers. From my reading, this may be because I cut off the main shoot.

Do you think if I got some scions next spring I could bring these trees back into production? I've always wanted to try grafting and this seems like a good time to experiment. 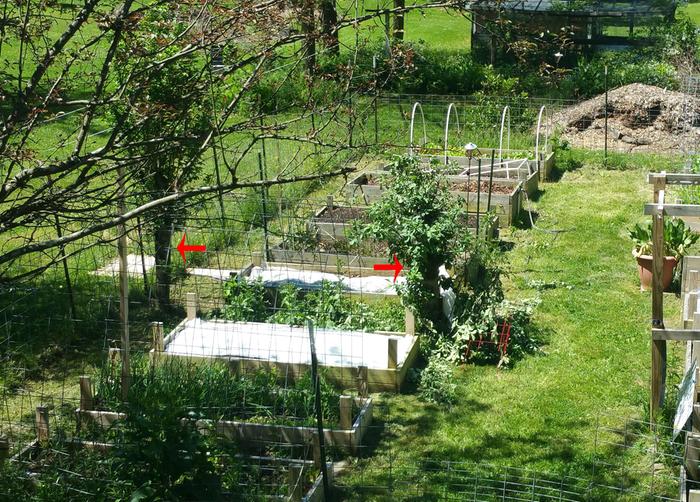 Hester Winterbourne
Posts: 390
Location: West Midlands UK (zone 8b) Rainfall 26"
79
posted 6 months ago
When you say they get shoots but no flowers, for how long have they not had flowers?  Normally if you cut them back in the winter they would get lots of bushy growth as seen in the photo, but those shoots would not get flowers until the following year.  They're going to be quite difficult to prune, growing like they are now.  I would thin out those bushy shoots and see what happens next spring, but it's not going to make a well-balanced tree in the long run with a big thick main trunk and lots of thin side branches coming straight off it.  It might have worked better if you cut much lower and allowed a few of the resulting shoots to grow as straight up as you could, but they would still be prone to tearing away off the main trunk once they got to any size.  But I think the main trunk will be prone to decay anyway from the big cut surface at the top.  You could use these trees as donor material to graft onto young whips, I don't think there is any mileage in trying to graft onto them, if that's what you meant. They will be too insistent on growing their own side shoots, and all the structural problems would still be there.

Having said all that, I have a hawthorn hedge in my back garden which was severely trimmed when I moved in and I decided to let it grow away into trees for flower and fruit.  It took SIX YEARS to calm down from the mass of vegetative growth released by the cessation of trimming, and start flowering again.  So you could just leave them completely alone and see what happens.

Another idea would be to plant some sort of climber to scramble over the pillars.
John Davies
Posts: 6
posted 5 months ago
It's been three years since we cut off the main shoot. That's why I thought I may need another approach.

posted 5 months ago
Fruiting and flowering is hormonally driven. You can encourage it be bending branches into a more horizontal position, rather than allowing them to grow straight up.

It may be that the rootstock wants to grow a tree that is much larger than your pruning allows.