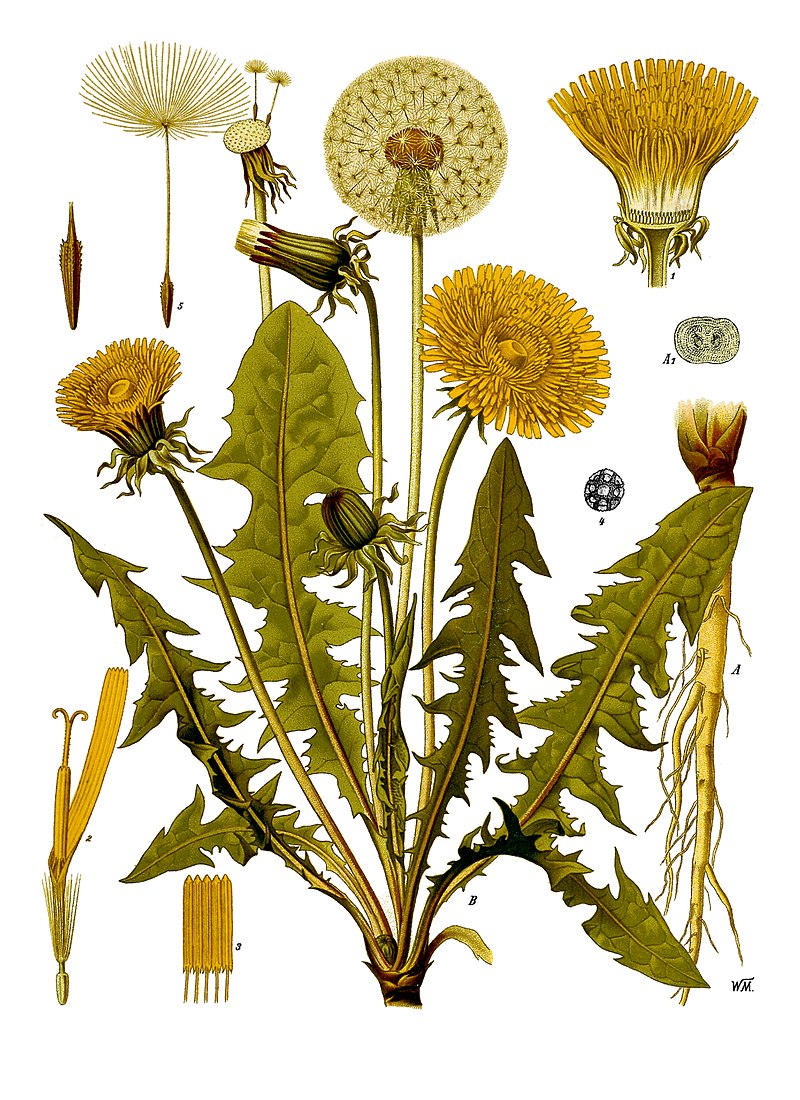 Having come to Medicinal Herbalism through a passion for foraging wild plants. perhaps my favorite herb is Dandelion.  From Spring through Fall, Dandelions can be found in most any sunny spot where I live.  They make bright salads, tasty pot herbs cooked with bacon and topped with vinegar, the flowers make a wine that is sunlight in a glass, the roots can be used as a coffee substitute, the stems can be added to wine, tea or vinegar as a tonic Bitter and the roots make excellent medicine.  The whole plant is both edible and medicinal, but I tend to view the tops as food eaten in season and the roots and medicine prepared for future use.

Perhaps the nicest compliment ever paid to me was by an ex-girlfriend... the granddaughter of the local "Root Woman" (or "Witch Woman" depending on who you asked)... the one to whom the old folks went for cures, especially when the doctor could not help. We would roam the mountains and whenever she saw a medicinal herb or edible plant, she would stop to tell me all she knew about it.  It was a most pleasant way to learn.    One sunny day, as we lay in the cool grass munching on dandelions and red clover blossoms, drying from a dip in a swimming hole, she said, "I think you are like a Dandelion.  You are tough.  You grow anywhere.  You are humble but you stand out... and there is a lot more to you than most folks think, qualities they don't know about." Well, as they say, flattery will get you everywhere... "wild as a mink and sweet as soda pop, I still dream about that", to quote the Osborne Brothers most famous bluegrass song!

The lowly dandelion is not native to North America.  It was brought here by immigrants from all throughout Europe and the British Isles, to be used as food and medicine.  Our ancestors never imagined that their descendants would be so foolish as to prefer ornamental grasses to useful and delicious plants.... paying thousands of dollars and soaking their land in poisons in battle against Dandelions and Plantains... free food, free medicine.

According to A Modern Herbal, by M. Grieve:

The first mention of the Dandelion as a medicine is in the works of the Arabian physicians of the tenth and eleventh centuries, who speak of it as a sort of wild Endive, under the name of Taraxcacon. In this country, we find allusion to it in the Welsh medicines of the thirteenth century. Dandelion was much valued as a medicine in the times of Gerard and Parkinson, and is still extensively employed. Dandelion roots have long been largely used on the Continent, and the plant is cultivated largely in India as a remedy for liver complaints.

(Dandelion) is nature's greatest healing herb for suffering mankind.... It is useful for disorders of the liver and the gallbladder.  .. fresh stems of the flower, five to ten pieces chewed daily bring swift relief to chronic inflammation of the liver.  As long as the plant is in flower, diabetics should eat up to ten stems daily.  The fresh stems help remove gallstones painlessly.  As a blood purifier it brings relief from gout, rheumatism and glandular swellings.  For jaundice and disorders of the spleen, Dandelion is also used successfully.  Dandelions eaten raw or taken in the form of an infusion, purify the blood, improve digestion and have a diuretic, sudorific as well as, a stimulating effect.

From an Herbal Energetics perspective, Dandelion is Bitter/Sweet and cooling.  This may surprise you if the only dandelion you have ever tasted was late in the season and grown in full sun.  Spring Dandelion greens grown in rich humus and partial shade are much more mild and do have a subtle sweetness.  The roasted root is also slightly sweet and the flowers are very sweet.  They make a nice, honey-like syrup when simmered with sugar and water.  For this reason they combine well with other Bitter/Sweet herbs for making Herbal Bitters.

My formula for Cooling Bitters (that I will post as soon as the herbs have "macerated" long enough to make for a nice picture) combines Dandelion with Burdock and Licorice roots, fresh Mint and Juniper Berries.  This had me crawling around on my hands and knees for a couple of hours last week - an early frost killed the dandelion tops and I had to find the the stems to identify the plants before digging the roots.  Burdock, being a much larger plant, was easier to find.  Such is life in the Appalachian Mountains, where an early frost can be expected at the end of September and the first snow by Halloween.  Gosh, it was good to get my hands in the soil, digging roots again!

Medicinal use of Dandelion: The dandelion is a commonly used herbal remedy. It is especially effective and valuable as a diuretic because it contains high levels of potassium salts and therefore can replace the potassium that is lost from the body when diuretics are used. All parts of the plant, but especially the root, are slightly aperient, cholagogue, depurative, strongly diuretic, hepatic, laxative, stomachic and tonic. The root is also experimentally cholagogue, hypoglycaemic and a weak antibiotic against yeast infections. The dried root has a weaker action. The roots can be used fresh or dried and should be harvested in the autumn when 2 years old. The leaves are harvested in the spring when the plant is in flower and can be dried for later use. A tea can be made from the leaves or, more commonly, from the roots. The plant is used internally in the treatment of gall bladder and urinary disorders, gallstones, jaundice, cirrhosis, dyspepsia with constipation, oedema associated with high blood pressure and heart weakness, chronic joint and skin complaints, gout, eczema and acne. The plant has an antibacterial action, inhibiting the growth of Staphylococcus aureus, Pneumococci, Meningococci, Bacillus dysenteriae, B. typhi, C. diphtheriae, Proteus etc. The latex contained in the plant sap can be used to remove corns, warts and verrucae. The latex has a specific action on inflammations of the gall bladder and is also believed to remove stones in the liver. A tea made from the leaves is laxative.

I think the best way to wrap up this post may be a quote from a Tom Petty song that was popular back when I was lying in that grass:

You belong among the wildflowers

You belong somewhere close to me

Far away from your trouble and worry

You belong somewhere you feel free

I just let him decide where we'd go

When a flower grows wild, it can always survive

Wildflowers don't care where they grow 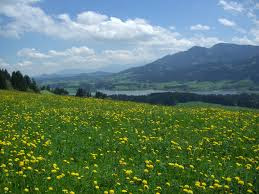 Burl Smith
Posts: 546
Location: Richwood, West Virginia
8
posted 2 weeks ago
After reading a tea post I thought 'Yeah, I've got dandelions, I'll try that' so I diced the roots and dried/roasted them on the woodstove and tried it by itself but prefered it mixed with my regular blend, and now I'm out! drat! 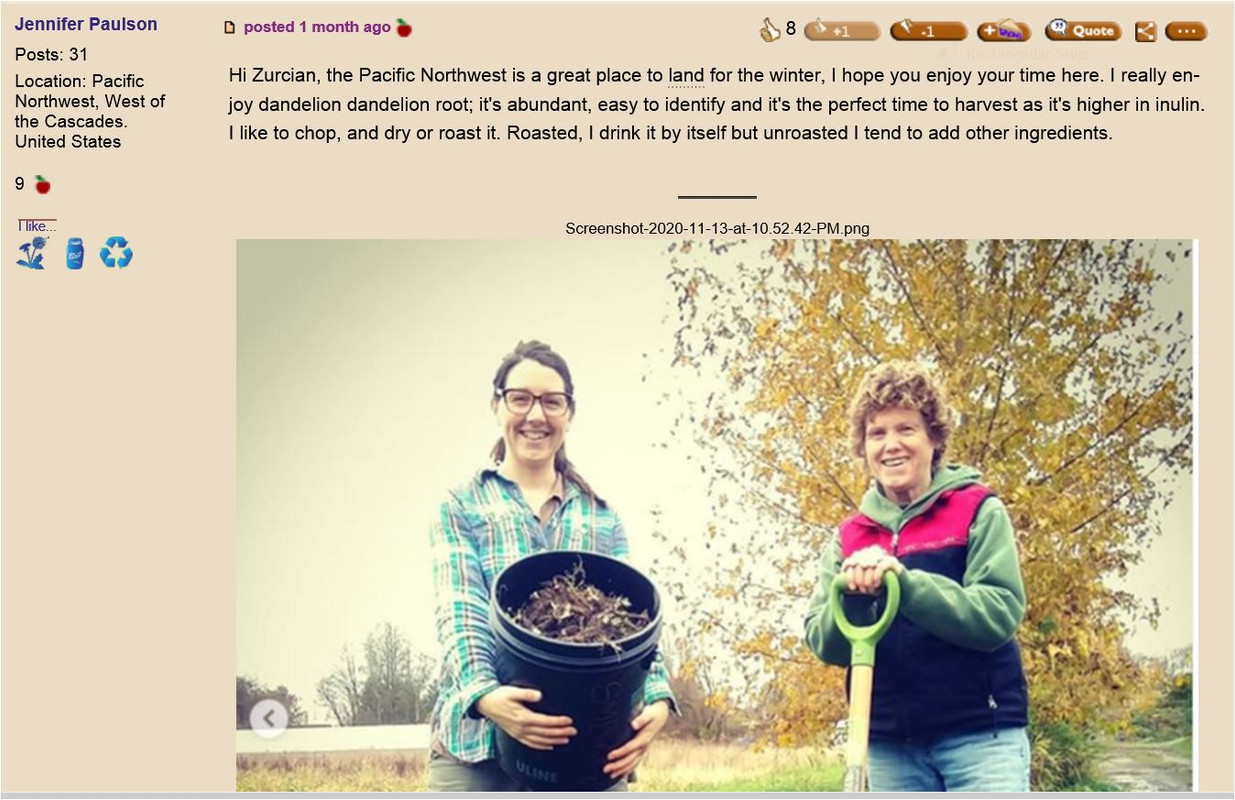 Burl Smith wrote:After reading a tea post I thought 'Yeah, I've got dandelions, I'll try that' so I diced the roots and dried/roasted them on the woodstove and tried it by itself but prefered it mixed with my regular blend, and now I'm out! drat!

Good thing I'm not a tea drinker!  I mainly eat them, but I will make wine of the flowers and I use the root of 2 year old plants in a bitters formula with burdock and licorice.
Lorinne Anderson
pollinator
Posts: 489
Location: Vancouver Island, BC, Canada
203
I like...

posted 2 weeks ago
Any suggestions on GROWING them? I have spent backbreaking hours collecting the white fuzzy heads. I have stored them and scattered in spring as well as "planting" them in specific areas by collecting, immediately scattering on prepared soil and gently raking to partially cover. Neither seems to work.

Same with white and "tall" clover. There must be some secret I am missing.

These are both primary food sources for a lot of the wild critters I care for, so an abundant supply is of the essence - and I hate going off site to forage as there is always a concern with potential contaminants.

Lorinne Anderson wrote:Any suggestions on GROWING them? I have spent backbreaking hours collecting the white fuzzy heads. I have stored them and scattered in spring as well as "planting" them in specific areas by collecting, immediately scattering on prepared soil and gently raking to partially cover. Neither seems to work.

Same with white and "tall" clover. There must be some secret I am missing.

These are both primary food sources for a lot of the wild critters I care for, so an abundant supply is of the essence - and I hate going off site to forage as there is always a concern with potential contaminants.

I can honestly say that I haven't had much luck purposefully scattering wild seeds either.  They just seem to grow where they want to grow.   But, seeds from the good heirloom seed companies do sprout.  Fortunately, there is basically on dandelion every square foot or even more where I live.  My yard is basically dandelion, plantain and yarrow.