david pittaway
Posts: 24
Location: Near Port Elizabeth, South Africa
11
posted 2 months ago
Seeing as I asked questions here in previous weeks (*1, *2, *3) in preparation for this project, I reckon I should provide a pic and a video of the end result: 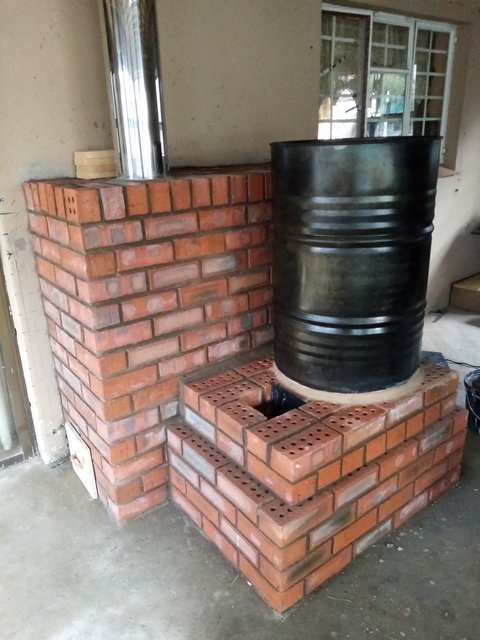 The video shows the first test burn, which I started about two minutes after fitting the barrel. There was a lot of very wet cement/mortar in the manifold area and in the bell, and between all brick layers, so the successful test burn is a very good sign. The unit will be left to dry out for about 2 weeks before the first proper big burn.

posted 2 months ago
David;
Looks great !  Appears to be  burning super for a first burn!
I recognize the moisture coming out from your bricks.
Thanks for sharing!
dragon-1.jpg

Did it with lintels last time: 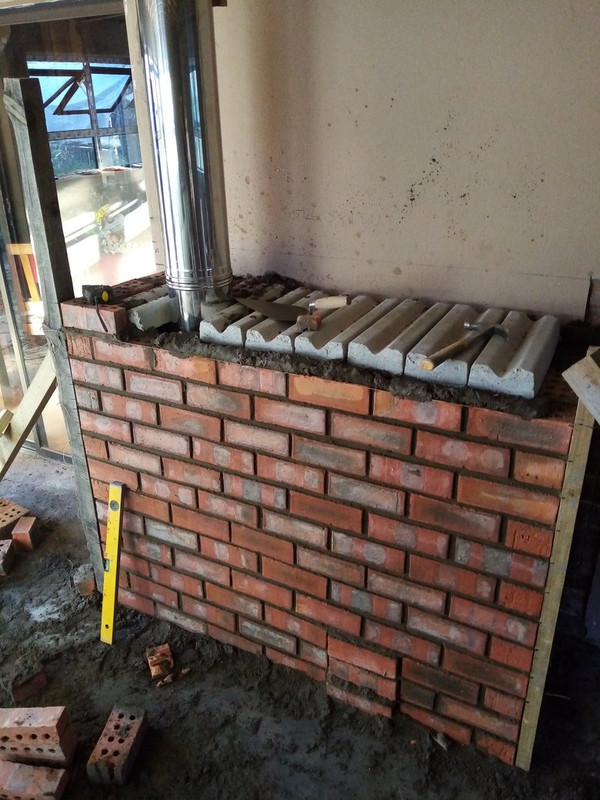 Any ideas if this will work?