If you're worried about the Mayan calendar 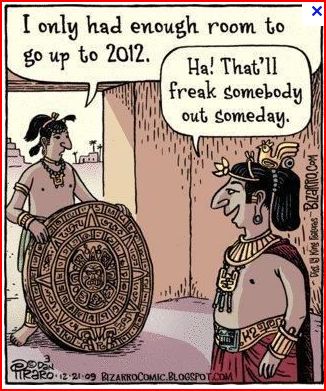 Posts: 1748
Location: Western Kentucky-Climate Unpredictable Zone 6b
108
posted 8 years ago
Does the 1517 date on that calendar say " The Spanish are coming , the Spanish are coming" ? . If it does not , then why should I be worried? Every millenialist preacher that has set a date for the End-time has had to reset the date. Either that or downplay the apocalyptic tint to their doctrine and become more mainstream. Hundreds of sects have formed that way. I grew up in a Pentecostal church. Still attend when there is a great potluck. Have heard many dates for the second coming since my 1959 B-day. When I was 19 attended an ashram with a guru who predicted 1996 as a date when the U.S. would suffer three nuclear attacks and we would need to hit the mountains and await the coming social breakdown in New Mexico. Did not stick around to hear the rationale for that not occuring on time. Rather than take these predictions at face value , I ponder the motivations of the preachers. Always the same pattern emerges. Rouse the fears, Rally the troops around the flag pole , Funnel the resources . Tithe harder , buy more books , give your belongings to the " Body of the Church"
Before I delve into any millenialist doctrine I take a good steamy hot , close shave with Occams Razor.

Morgan Morrigan
Posts: 1400
Location: Verde Valley, AZ.
posted 8 years ago
how did i miss this pic ?

Posts: 1854
Location: Cascades of Oregon
179
posted 8 years ago
I loved the Oreo comparison.

Here is the picture embedded: 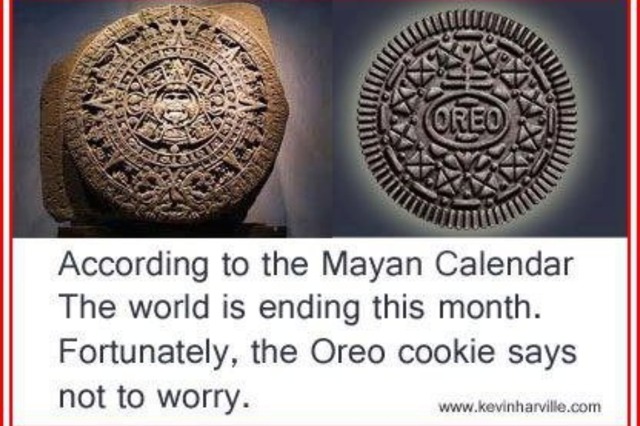 posted 8 years ago
Thanks for the embedded pic, Adrien. Though I think both of them copied the trap-door spider: 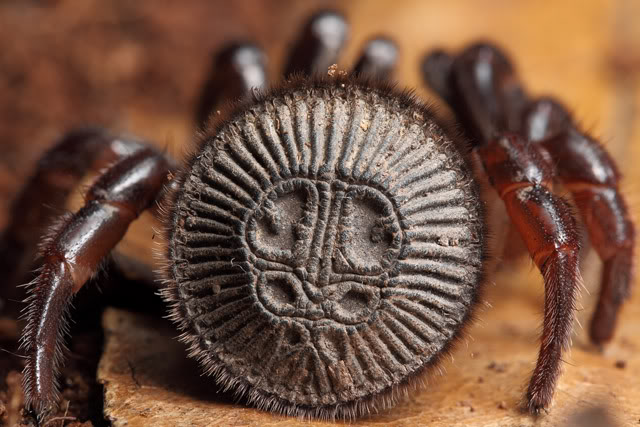 posted 8 years ago
wow, I've never seen that before.