Rare Horses Released In Spain As Part Of 'Rewilding' Effort 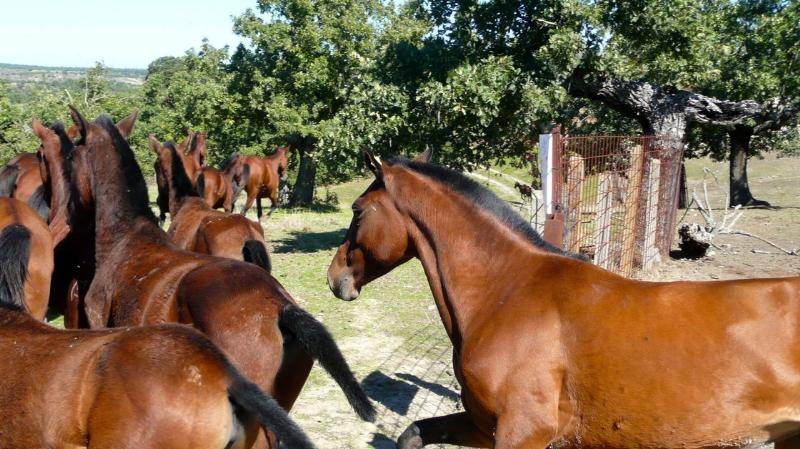 "Two-dozen Retuerta horses, the second of two batches, are released into the Campanarios de Azaba Biological Reserve in western Spain. The animals' DNA closely resembles that of the ancient wild horses that once roamed this area before the Romans began domesticating them more than 2,000 years ago."

David Livingston
pollinator
Posts: 4328
Location: Anjou ,France
245
posted 7 years ago
Are they going to introduce some preditors too ?

Jose Madeira
Posts: 10
1
posted 7 years ago
Hi there Burra Maluca, since you're portuguese, I draw your attention to a similar project in the Douro/Castelo Rodrigo region, The Faia Brava natural reserve (can also look under Associação Transumância Natureza).

They now manage 875 ha of land, almost contiguous to the Douro Internacional Reserve (privately owned!).
They are rewildening these lands. They also released (1 or 2 years ago) a herd of horses, Garranos, quite similar to the Retuerta ones.
They also have been releasing wild animals. For years the rabbit's population (as you know rabbit, partridges, fox, wolf, vulture and boars are local species) is slowly growing. (They've locked some areas from hunting and there has been way less use of fire by the shepherds. This led to an increase of predators population as well (You can tell by 3 dead foxes seen on the road this year).

http://www.atnatureza.org/
David Livingston
pollinator
Posts: 4328
Location: Anjou ,France
245
posted 7 years ago
How about some wolves to balance things out?

Chris Badgett
pollinator
Posts: 289
Location: Whitefish, Montana
11
posted 7 years ago
Here's a video about the release of the horses: