A monster growing in the woods

David Livingston
pollinator
Posts: 4328
Location: Anjou ,France
243
posted 5 years ago
After clearing lots and I mean lots of Brambles I have come across a monster . It sits like an ocopus with a central trunk and over eight equal sized branched coming off . Then there are numerable little branches coming off those some going into the ground and becoming new trees . This tree has no fruit flowers or similar stuff I can see and it is about 10m tall ( maybe plus )and about the same wide . I believe it to be the dreaded Cupressocyparis Leylandii!!! anyone any other ideas 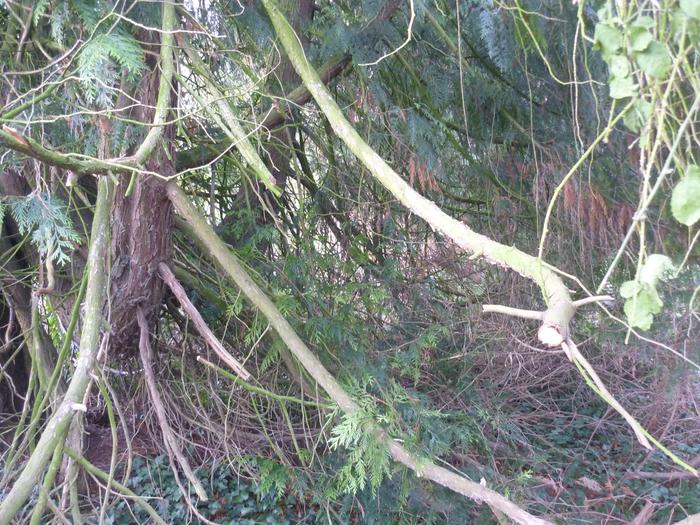 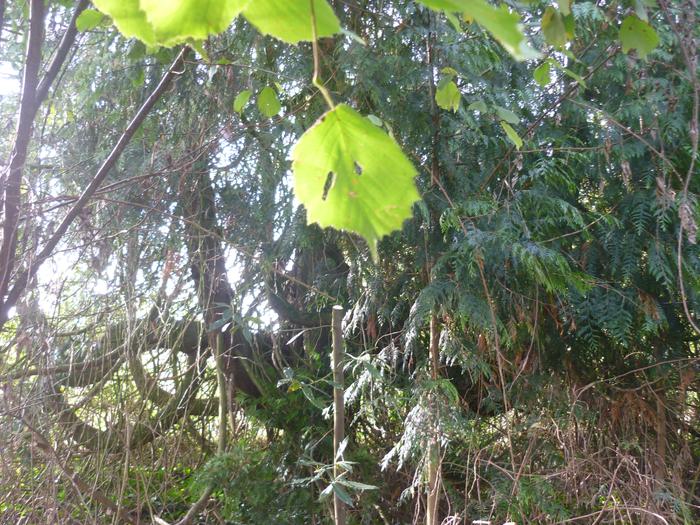 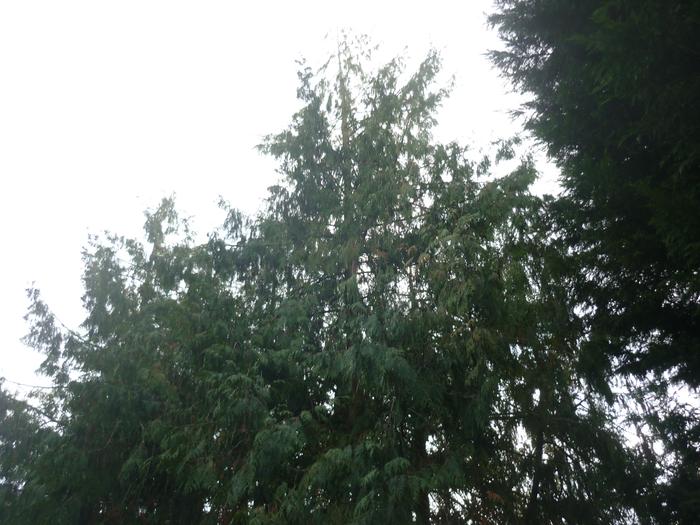 posted 5 years ago
Or a yew.. taxus baccata ?

David Livingston
pollinator
Posts: 4328
Location: Anjou ,France
243
posted 5 years ago
No not a Yew because there are no signs of berrys nor are the leaves like a pine plus Yew trees " coppice " in a different way . Yews here in France like the UK are most commonly found in grave yards as they are very poisonous . I think it would have come down with a bad case of chainsawitis if it had been a yew before now

I looked it up to see why it's "dreaded" Good Greif!

The plant's rapid growth (up to a metre per year) and great potential height – often over 20 metres (66 ft) tall, sometimes as high as 35 metres (115 ft) – can become a serious problem. In 2005 in the United Kingdom, an estimated 17,000 people were at loggerheads over high hedges, which led to violence and in at least one case murder, when in 2001, retired Environment Agency officer Llandis Burdon, 57, was shot dead after an alleged dispute over a leylandii hedge in Talybont-on-Usk, Powys.[10]

Part VIII of the United Kingdom's Anti-Social Behaviour Act 2003, introduced in 2005, gave a way for people affected by high hedges (usually, but not necessarily, of leylandii) to ask their local authority to investigate complaints about the hedges, and gave the authorities in England and Wales power to have the hedges reduced in height.[20] In May 2008, UK resident Christine Wright won a 24-year legal battle to have her neighbour's leylandii trees cut down for blocking sunlight to her garden.[21]

posted 5 years ago
That's funny, people in the southern US grow Leyland Cypress for a warm weather Christmas tree. I've even seen whole tree farms of them. Not very pretty but they aren't trucked 1000 miles, so there's that.
David Livingston
pollinator
Posts: 4328
Location: Anjou ,France
243
posted 5 years ago
The monster has had a haircut 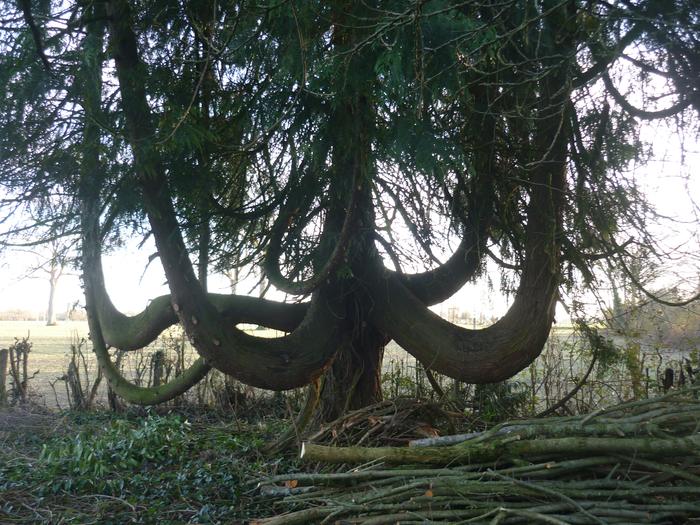 posted 5 years ago
Love it! All I can think of now is pruning that over the years to eliminate that central lead. Once that's gone you have potentially the coolest trampoline frame ever. Or maybe just a tree fort but my mind wont quit focusing on how to make that into a trampoline.

David Livingston
pollinator
Posts: 4328
Location: Anjou ,France
243
posted 5 years ago
I must admit I did think it as tree house material and yes you could sit in it if you so wished- the offshoots trunks are capable of taking my wieght no problem ( 90kg )

posted 5 years ago
In the UK our gardens are particularly small compared to many countries... a hedge of these can pretty much obliterate the sky. We have a hedge of this at the far end of our property which is easily 40ft high, and nearly 20ft wide. As you describe, the lower branches sag to ground level and have in places rooted themselves. They seem pretty thirsty too - the soil around them is pretty dry and barren and even grass is struggling to grow, despite plenty of sunlight.

They do make a pretty good windbreak though at the northern edge of the property - the area is substantially more sheltered than the field adjacent.

Regarding tree houses - every time I have cut them I have ended up covered in green slimy algae... perhaps not ideal, but it might be better once the branches are cleared to get more light and air in.

posted 5 years ago
That is wild looking!! Do they always grow like that or is this one "Abi-normal" ?

David Livingston
pollinator
Posts: 4328
Location: Anjou ,France
243
posted 5 years ago
Miles
At some point someone has cut back the central stem and this is what happens if you then neglect it for twenty years .