Ding, dong, dell. Who's that in my well?

posted 5 years ago
We have a rather large well at our place, which seems to have its own rather complete ecosystem thriving in it.

A week or so ago my son spent the day out with the local gypsies and returned triumphantly with a couple of turtles to put in it 'to eat the bichos'. We put them in and then added a makeshift island for them to climb onto to sunbathe.

The well also has a rather vibrant population of frogs, as per this photo. 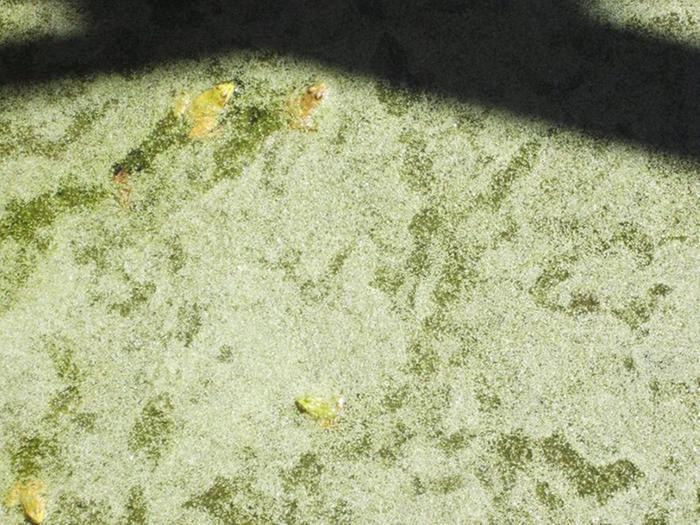 The frogs seem even more grateful for the island than the turtles do, and most mornings it's covered in them.

But this morning, this is what we found. 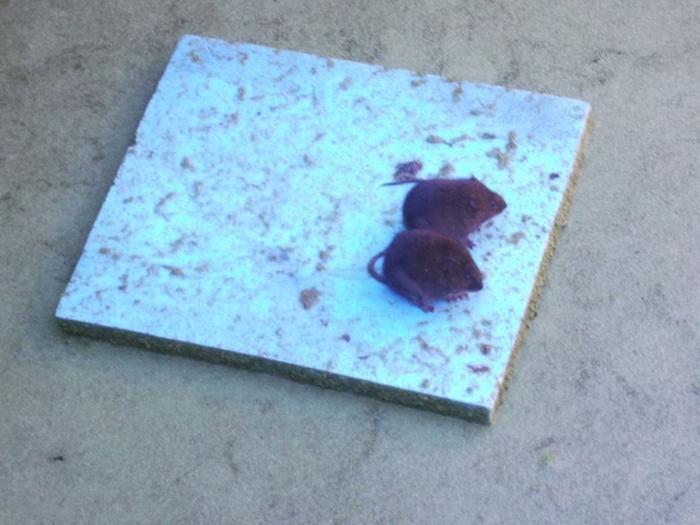 They appear to be two water voles. We've never seen them in there before, and we don't know how they got in, and are even less certain that they can get out again.

A bit later on, I went back to have a look and found one of them swimming around the edge of the well. Then she climbed up and attempted to squeeze into a little gap in the bricks. You can just see her in the shadows. 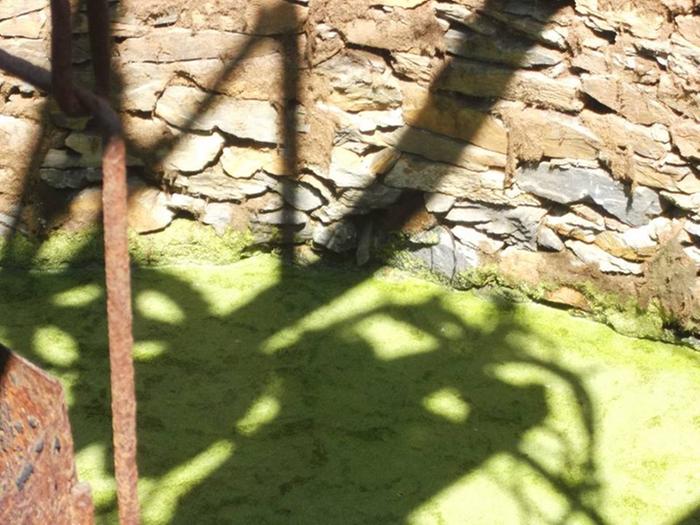 Later on again, the two of them were attempting to squeeze into their hole, and I found a pair of furry butts poking out at me. 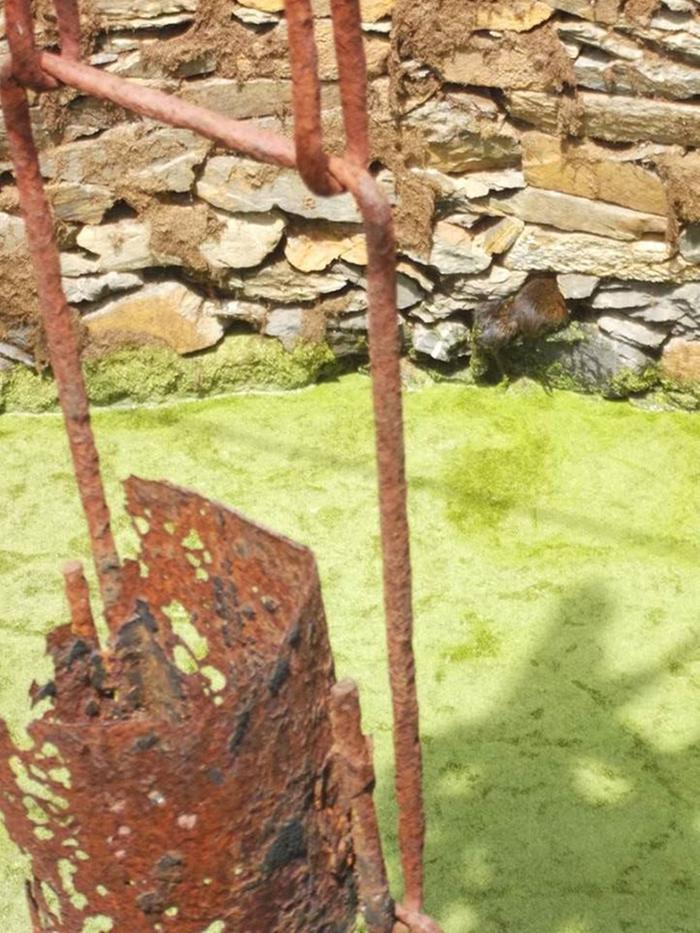 Later on again they were back on the island sitting huddled up together and gazing pitifully up at me.

I've just been out again. They are still on their island, sitting on opposite corners with their backs to each other, apparently blaming each other for not being able to get out again. Which means they're stuck.

So, um, any ideas on how to rescue them. I don't think I can bear to just watch them sulk and starve to death.

Mike Feddersen
Posts: 492
50
posted 5 years ago
I don't know the depth but maybe a long board rough hewn or a limb or a thick rope or a small rope inside a 2" pvc pipe, the rope to give them something to cling to. Another idea would be another piece of floating island with glue traps fastened to surface, a rope attached to island. When they get stuck in glue trap pull them out, vegetable oil to release the glue.
I was thinking of a ladder for them, made with wood and rope. Think of the wood zig zagging back and forth with the rope keeping the wood together on one end, apart at other.

<
>
<
>
Like those little symbols but the boards could be long but touching on one end. Clear as mud?
I did a google search of "rodent ladder" and they had something like I described but it was set up as a spiraling triangle of what appears to be wood.
http://petdiys.com/cardboard-roll-ladder-toy/ Nope, not wood but you could use small limbs.
Mike Feddersen
Posts: 492
50
posted 5 years ago
Burra did you rescue your critters?
Burra Maluca
Mother Tree

Mike Feddersen wrote:Burra did you rescue your critters?

Unfortunately not. One disappeared without trace. The other one we managed to persuade into a live-trap, but when we pulled the trap up she wriggled out through one of the gaps and jumped straight back in. I was somewhat mortified as we got the trap right out onto dry land and she chose to jump back into the water rather than into the brambles growing around the well. She survived until morning but wouldn't go back in the trap and she died later that day.

Yet more cycles of life and death I guess, but I was rather hoping to intervene in this cycle.