posted 9 years ago
People have asked about the status.

The spot has been selected. Trees have been dropped. Stumps pulled. Log skidding has begun. I think tomorrow there will be digging.

Status on the pooper? Was hoping to see pics of the first one soon.

Permaculture is a gestalt ... a study of the whole. Not just how to produce more and better food, but how human life on the planet affects and is affected by the surrounding environment.
Bill Kearns http://columbiabasinpermaculture.com

James Burnette
Posts: 13
posted 9 years ago
Thanks Paul! Can't wait to see pictures. I wish I could make the drive and be used as free labour

posted 9 years ago
The guys are closing in on finishing the first pooper (see the 3rd page for some pics) this week and are still looking for a good well on the land. Once those two are done it's wofati time!

The log skidder has been repaired, which is key to getting all the trees needed for the wofati.

Music to... umm.... permaculture by: www.detroitpleasuresociety.com

posted 9 years ago
There are some images of wofati progress in Kristie's weekly-ish pics, especially this post and forward. 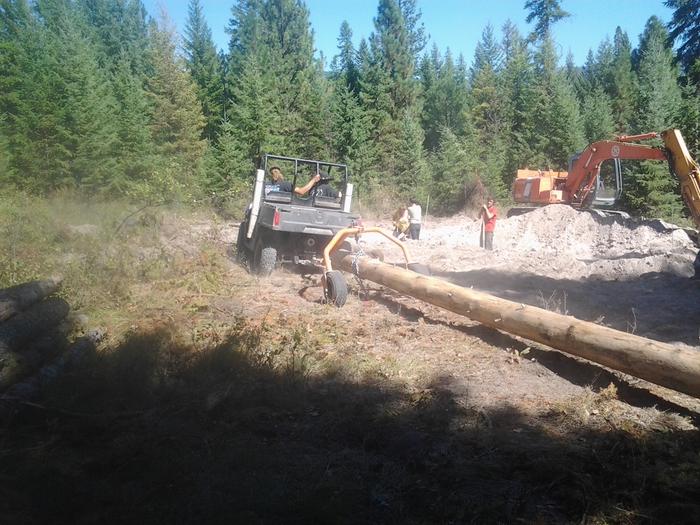 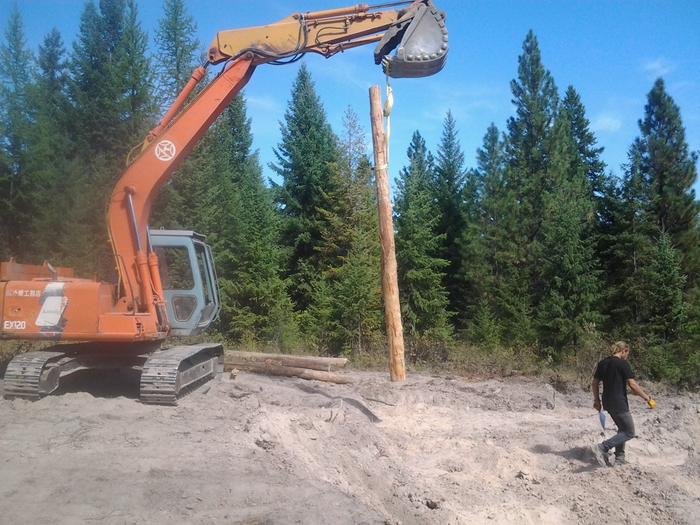 posted 9 years ago
We are calling the first wofati "version 0.7 beta". Well, I decided to call it that. This is a bit of a throwback to my old bananacom stuff. I uploaded "version 0.7 beta" to compuserve in 1993 or 1994 and in less than 24 hours I found that I had created a big winner.

Plus "version 0.7 beta" implies "this is an unfinished experiment." What we learn from this will help us to make a better version 0.8 and then move on to create version 1.0.

Tim Skufca and I spent about an hour talking about an edge detail and i think we came up with an excellent solution. Jesse is bringing in a long list of details to make a special kind of sketchup that shows progression. Plus, I think what will be great is that once Jesse's stuff is well polished, it will be good to make some sort of video out of Jesse's drawings.

Ten poles are now in the ground. My brother, Tim Wheaton, is ready to start construction of the next phase but thinks it would be wise to get all the brains in agreement on how to use a chainsaw for the joinery. So Caleb Larson, a local timber framer who has been in several of my podcasts (including the one on roundwood timber framing) is chomping at the bit to see Jesse's sketchup, make suggestions and will be out here in a few days.

posted 9 years ago
Here's a boat load of images we've been working with: