This sheep has a sweet deal

They have security people here but they are hardly ever needed for serious problems. They greet visitors and direct them to various events. One of them is holding the leash in this photo.

The sheep is popular with everyone and very approachable. I think he likes it here. They are not sure what will happen long-term, but it's likely that this sheep will never turn into lamb chops.
20150815_182122.jpg 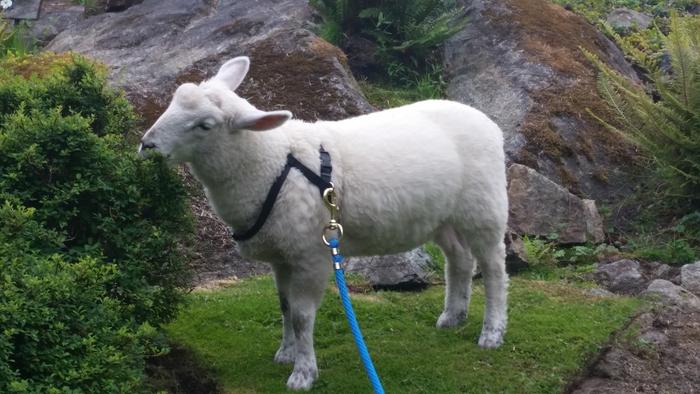 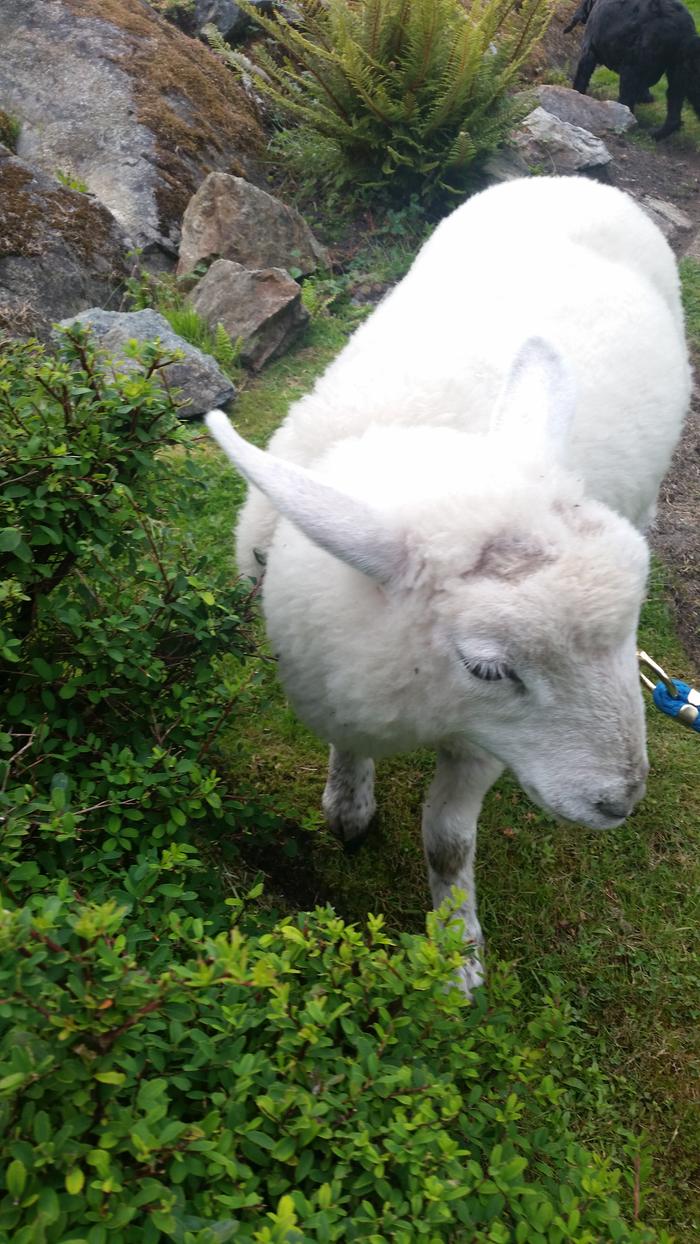 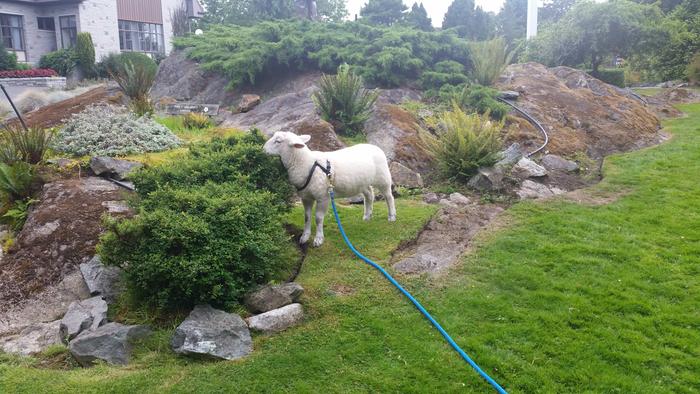 I wonder if he's been castrated? My experience of pet lambs that grow into entire rams has not been good, especially where children might have access to him.

Dale Hodgins
Posts: 9002
Location: Victoria British Columbia-Canada
670
posted 5 years ago
I use "he" rather loosely with animals.

"Look at that crow. He's dropping oysters on the concrete to break them open." I can't tell if a crow is male or female.

With so many government people milling around, females should be extra nervous. They are screwing every productive person in the country.😂
r ranson
master steward & author

posted 5 years ago
Had to laugh:


"Look at that crow. He's dropping oysters on the concrete to break them open." I can't tell if a crow is male or female.

The word 'cow' refers to the female of the species as well as the general term we use for unknown gender. Unlike humans who get 'him' as standard we don't know what gender he has, a lot of farm animals have the default to female. Look at that goose - well, goose is female, gander is male. Duck female, drake male... and so on. At least that's how it's been for most of English Language History. These days, Canadian farmers seem to adopt the American system of calling them duck hen and duck (something else I can't remember) to refer to male and female. Goat doe, goat buck (instead of nanny and billy). It's all very Orwellian Newspeak these days. Why say chick, hen, pullet, cock, and rooster when we can be far less accurate and say boy chicken and girl chicken? Then again, before 1950ish everyone knew these terms,but with the big drive to the cities and the acceptance of industrial style agriculture, we don't need to know these words anymore - so we forget them. I have a secret wish that using the pre-agribusiness words for growing things could be a secret sign of rebellion. Oh look, he said wether when referring to a male sheep with no balls - he must be part of the secret club of people who care about where their food comes from.


Of course, this sheep will never be food, from the looks of it.

Very cute sheep too. Looks healthy from a glance. Possibly in need of a few minerals from the way the feet sit, but it could also be a breed thing. The change of weather will tell all. Or it could just need some toenails trimmed.

What an awesome educational opportunity for the public. Maybe it will inspire more people to take an interest in agriculture.

I dislike to say things negative online, however I do have a couple of concerns about this sheep.

Humans like to pet sheep on their face - for some reason it's a natural instinct although I've never met a human that liked me introducing myself by petting their forehead. And yes, I try it with those strangers who treat my farm like a petting zoo. Sheep fight by using their foreheads as a battering ram. The human pets the forehead, the sheep understands that this is how one interacts with humans - with my fighting skull. To prevent the sheep from learning this, the human should always pat the sheep under the chin or on the neck. But of course, how does one train humans? Tough love for rams applies for all sheep as well. Though one needs to be much stricter with rams.

I can't remember if Rockland is under Victoria or Oakbay jurisdiction. Neither of which allow sheep. But then again, being provincial property, it is probably dosen't fall under urban bylaws.

Last challenge for these sheep is illness. Not always a big problem, but in the recent past a local petting zoo had a rather serious outbreak of a real nasty one. One that is transmittable by touch, and one that humans can carry on them for some time after leaving the zoo - and thus infect other sheep and goats in the area. Since the government worked really hard to eradicate this particular disease, and declared it virtually gone, most farmers aren't aware of the symptoms and can't recognize it as a problem when it shows up in their livestock. Once the animal has it, there's no cure. It shortens their life and eventually gets very painful for the poor critter.

Getting back to the positive, from what I've read, it sounds like the Left-Gov and her staff are pretty smart. They probably already know these challenges and are working towards a solution. Most of the illness like this have a vaccine, and if they have one of the good livestock vets in town, they can easily keep the wooly jumper happy AND healthy. If they want to buy a healthy friend for their sheep, I have some very cute, well raised to be around humans, black lambs for sale. Yin and Yang sheep.

By the way - I want dibs on the fleece! I can make something awesome and it could hang in government house. Or socks. I like making socks. Can you imagine, some famous person wearing my socks made from famous fleece? Or even better, the fleece could go to one of the local First Nations artisans with awesome yarn skills and they could make something to hang on the walls of government house.

Kelly Smith
Posts: 724
Location: In a rain shadow - Fremont County, Southern CO
21
posted 5 years ago
sheep should have a tail

(most people dont know this)

im all for education people, but imo, we show also look at the example being put forth.

posted 5 years ago
R.Ranson pointed out many of the pitfalls of raising a sheep as a singleton, and I've experienced a few more. Even though I agree with the downsides, I still prefer my bottle fed sheep to a flock raised natural. I've had both. Single reared bottle babies just work better in my situation. I can work with them without the need of a dog or restraint. Deworming. Shearing. Move from pasture to pasture. Call them in from 1000 feet away. And they will follow me anywhere when I need to move them about. All will tolerate being tied out without fuss or danger. Only the ram poses any danger and that is when one of the ewes is in heat. When nobody is in heat, he's a docile cooperative fellow. Having said that....never turn your back on a ram! I've seen plenty of people get hurt by them.

Around here, wethers are popular as pets. Lots of people have them.