What Is Eating My New Apple Trees

Clay Rogers
Posts: 34
Location: WI Zone 5a
posted 6 years ago
I just planted fruit trees this year and was planning on my main battle this year being that I would need to keep them well watered. Well, I have noticed a bunch of holes in the leaves of my young trees. I was looking around under some of the leaves and this guy fell from one of the leaves.

Here are a couple pictures. My question is, what is it and what do I do about it? 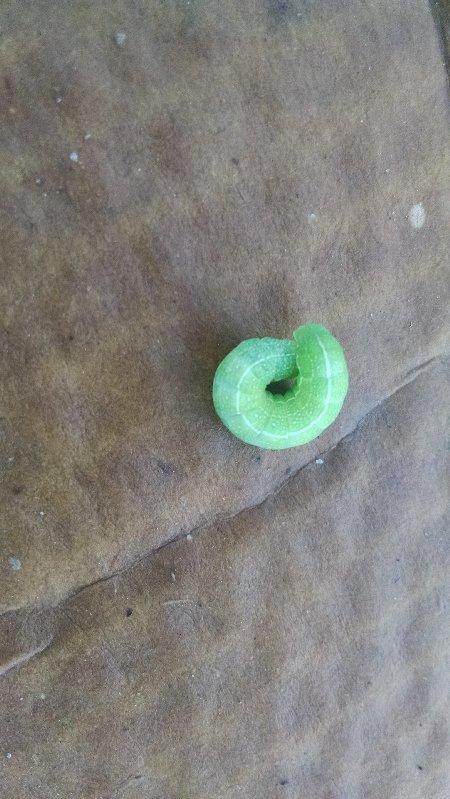 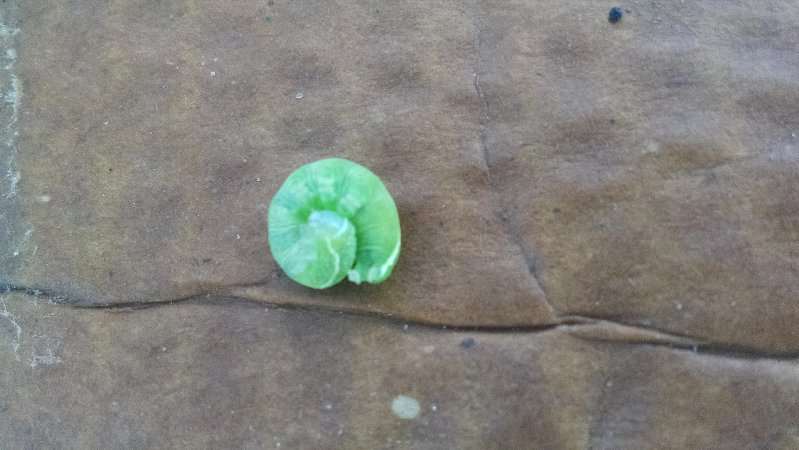 posted 6 years ago
In my area that would be a common 'Fruit' worm, most likely some sort of cut worm, be aggressive in their removal, or attract something to the area to control them, might try BT (Bacillus thuringiensis) as a biological control
r ranson
master steward & author

posted 6 years ago
Apparently BT can (but isn't always) be organic, but I'm wondering if there are some more permaculture solutions? Something we have to buy year after year doesn't seem sustainable to me.

If they aren't risking killing the tree, I unusually leave the bugs be, as this provides food for insect eaters, which means more predators next year and fewer bugs.

posted 6 years ago
I agree the first step should always be trying to attract natural predators, and hand picking them is also an option. Controlling them when they are still eggs in the moth is the most preventative, attract the predators that love the moths, also there are some wasps that use the 'pillars as hosts and certain nematodes that could be attracted. Making a juice out of the 'pillars and spraying the plant with that juice will help spread any beneficial nematodes that are already in place. Soap as Ranson suggested can work, so can a hard blast with water to wash the 'pillars off the tree so the chickens ducks or other birds can get to the,.

BT can be effective if the trees are in danger (which is what I originally interpreted the original thread as saying).

posted 6 years ago
Many types of green worms affect apple trees.
These include several species of moth larvae called leaf rollers.
Leaf rollers feed on the leaves of the tree, causing the leaves to roll up from the damage.

Another type of moth that produces a green worm that infests apples is the green fruit worm.
Green Fruit Worms attack both the leaves and fruit of apple trees, and can cause damage to crops.
At least 10 different species of green fruitworm have been identified.

Many species of Geometrid moths also produce green larvae that are called inchworms.
They have a characteristic 'inching' movement and enjoy feeding on apple trees.
This rolled leaf will often be used as a home for the worm, held together with silk.

Other than the methods already mentioned above for control.
You could use DE (diatomaceous earth, food grade) just dust the tree trunk and leaves with it. (don't breather it in, it can do serious damage to lung tissues).
By dusting the trunk, and perhaps the ground around the tree trunk, you can stem any larvae from climbing up a tree trunk.
The dusting of the leaves will help keep the egg laying moths down. Do be aware that any beneficial insects will also be affected by the DE.
Soapy water used in a low pressure sprayer (I like a hand pump up 2-3 gal. model) will be effective in washing off the eggs as well as the larvae.


The larvae in your photos appears to be a green fruit worm.

Clay Rogers
Posts: 34
Location: WI Zone 5a
posted 6 years ago
Thanks for the info so far. I know I will have to deal with pests moving forward. I was just planning on not having to deal with it yet.

I was mainly concerned about them killing my trees at this point as I'm not worried about losing fruit as I won't have any this first year.

I have LOTS to learn moving forward though. I am hoping to go a more permaculture method where I don't have to intervene so much. I planted way more trees than I need fruit from planning on losing some to natural pests etc. I of course would like to harvest for our use more than pests take for themselves.