posted 3 years ago
Can anyone help me with identifying these?

This is on my pear tree, bright orange spots on the leaves. Pear rust? And what can I do about it? It is a very young pear tree- no pears on it yet. 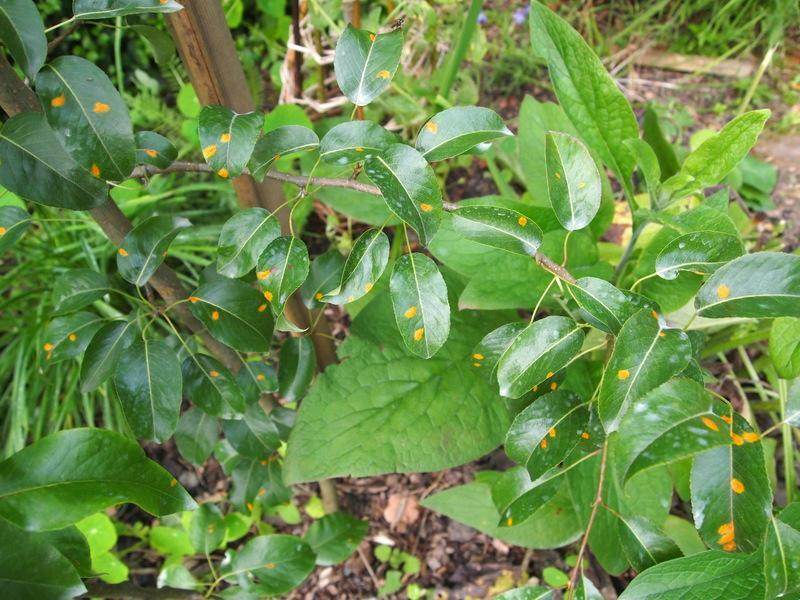 This is a quince tree (and actually looks much more like rust!). Again very young, and in a pot rather than in the ground.
Top of the leaf: 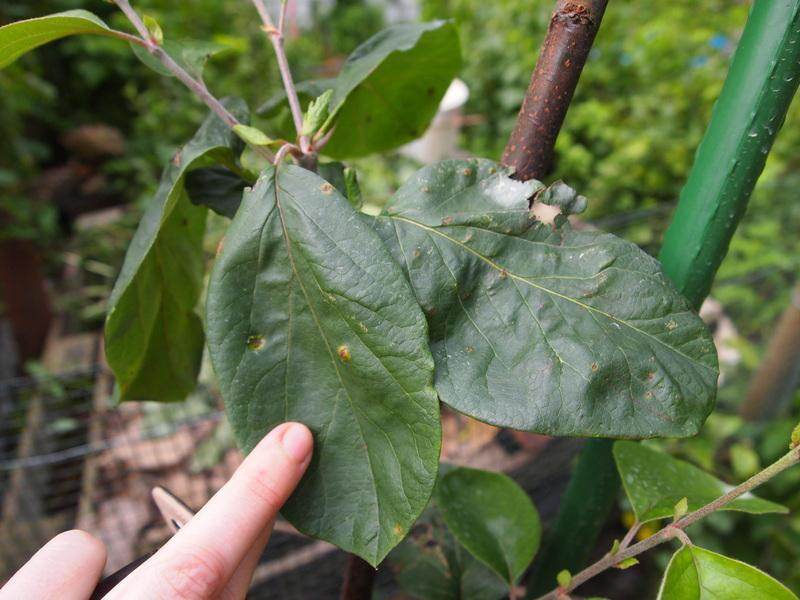 And bottom of the leaf: 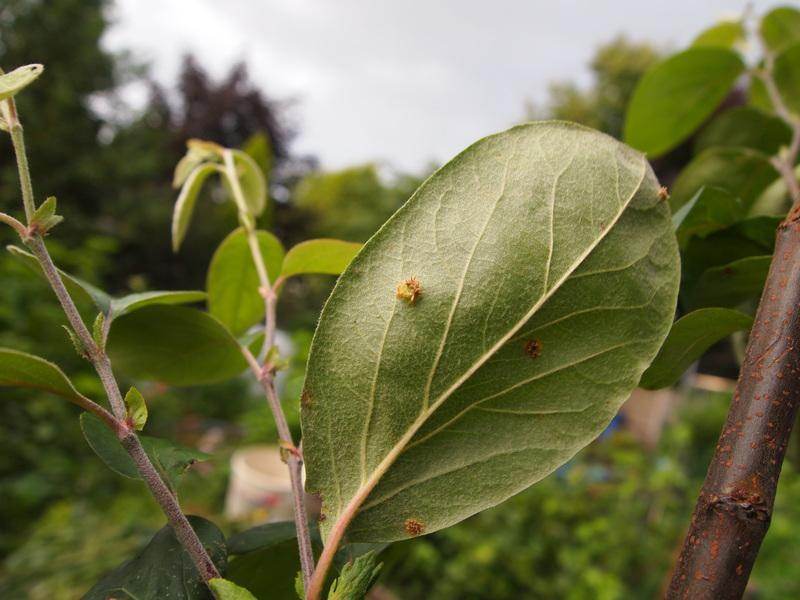 And this is a courgette, leaves start growing with the centre leaf vein being bright yellow, then as they can bigger the whole leaf goes yellow. Could it be a mineral deficiency? And what mineral? Other courgette plants growing a foot away are fine and green and have courgettes on. 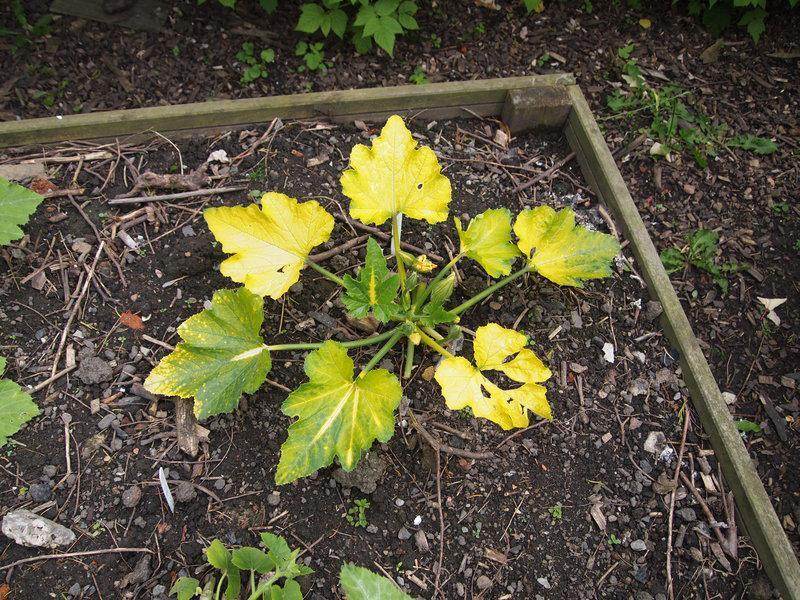 posted 3 years ago
I have the same issue, and I'm doing my best to do proper permie soil management (no till, deep mulch, lotso f love etc.). Any ideas?
r ranson
master steward & author

posted 3 years ago
For the trees, it looks like rust.  Do you have any junipers or similar trees nearby (I think it can be up to three miles).  I think, the spores overwinter on this kind of tree, then release into the air and move to the pears in the spring.  It makes sense that quince would get it as well, since it is such a close relative to the pear.

For your courgettes, it definitely looks like it's missing something in the soil, or getting too much of it.  One place to start is to discover the PH of the soil.  It could just want some lime or wood ash.  It could also be low in nitrogen - thus the yellow leaves. 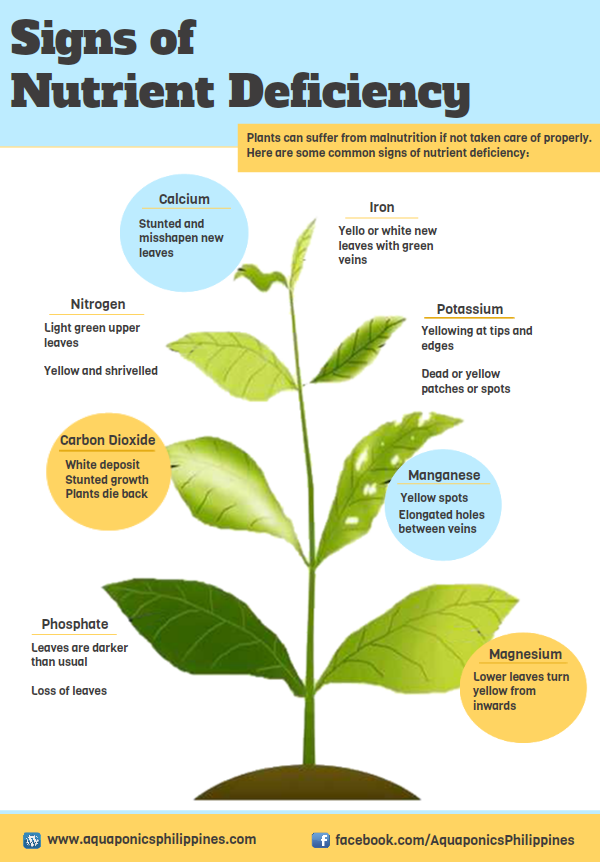 posted 3 years ago
There probably are junipers- there's a woodland behind my house but I can't get it into it (school land) to check (nor can I do anything about it, so it doesn't really matter). It looks like if rust is prevalent there isn't a lot you can do it about, other than switch to another fruit. The two instances of rust looked very different- the pear just had orange spots on the leaves, but the quince brown spots had spores and things growing out of the bottom. The plan next year will be to compost the trees (and actually plant them into the soil), spray with compost tea and see how they do.

That one courgette has grown but not produced anything, and still has the same problem. Other plants nearby have shown brown spots on the leaves (magnesium deficiency?) and I've been spraying them with Epsom salts- they have produced fruit. They're also got really bad powdery mildew, but that's due to the weather and me not being able to water them enough.

Tis only a garden but I've been looking at somewhere to get soil tests done here (UK), as I'd like to blame the soil for my dismal growing attempts over the past 3 years.
Ken W Wilson
rancher
Posts: 1072
Location: Nevada, Mo 64772
74
posted 3 years ago
I think I've had that without it doing much damage.  How does the tree look overall? Is it getting worse
Charli Wilson
rancher
Posts: 477
Location: Derbyshire, UK
72
I like...

Ken W Wilson wrote:I think I've had that without it doing much damage.  How does the tree look overall? Is it getting worse

Neither of the trees are deteriorating, they've both grown quite a lot this year. No fruit but they are very young trees so I wouldn't expect fruit (they both flowered this year, before the rust).