Planting with flesh of fruit attached

I've had some success planting slices of tomatoes (better that from seed generally), and wondered if anyone had ever tried with other fruits/ vegetables.

I just sliced an old tomato and planted it and it worked really well.

Is it worth me trying with pumpkins?  The guides I've seen say to separate all flesh and dry to increase chance of germination.

Any advice would be welcome.
David Livingston
pollinator
Posts: 4328
Location: Anjou ,France
245
posted 4 years ago
I dont really think its a germination problem in that % of seeds germinate I think its an issue if all 500 seeds  inside the' pumpkin germinate at once

Here in France I grow red kuri and always get volunteers growing in the compost . What type of pumpkin are you thinking about ?

posted 4 years ago
I grow squash of a few types, though not what Americans mean when they say "pumpkin" generally. It seems to me that when I simply toss entire squash to compost in place, volunteer germination is pretty low, as in almost not noticeable among the chaos of my polyculture. This leads me to suspect that the seeds are probably rotting along with the fruit.

Two thoughts relevant to your question follow from that observation:

1) This pattern seems like it could be beneficial for evolution: It would leave only the toughest seeds to survive and sprout. This could work against excessive density of seedlings. After all, as David points out, if every seed sprouted, that'd be too dense. The seedlings could still compete, of course, but maybe a lower initial density has its pluses.

2) If you want this trait (namely, can be planted from slices or chunks) in your squash, why not pursue it? I mean, plant a few slices or whatever. You may well have poor germination the first round. But you don't need or even want every seed to germinate, if you're planting a slice. Then plant slices from those that do grow. You'll get better results. Repeat. And so on.

My thought on the other side, however, would be that part of what I select my squash for is a certain shape and flavor. I want to eat those puppies, and then save the seed from those exact squash fruits! So if a squash appeals to me visually, before eating, I scoop out the seeds and save its seeds provisionally. Then as long as the taste is good, too, I dry the seed and plant it later. I will say that I'm not very particular about cleaning the seed I save as a rule and I still generally get good germination.
Dave Quinn
Posts: 87
posted 4 years ago
Hi I said pumpkin, but mainly Potimaron and other gourds as well.  I said pumpkin because many non french people call them that.

I am intending planting a lot because I have a Japanese Knotweed problem on part of my land, and I understand that pumpkins have alleotpathic properties that counter the knotweed.

If I get a better germination rate by washing and drying I will do that, but I'm not altogether sure of the process.

David Livingston
pollinator
Posts: 4328
Location: Anjou ,France
245
posted 4 years ago
I have not heard of stopping Japanece knot weed with  Potimaron. Best of luck with that

How much of an infestation have you got ? Knotweed is devilish stuff indeed .
Have you thought about goats

Dave Quinn wrote:
If I get a better germination rate by washing and drying I will do that, but I'm not altogether sure of the process.

I'm sure there are people who make it fancy but we get seed from squash like this:

1) Scoop out the seeds, strings of flesh etc. and all
2) Spread out more or less flat on something to dry
3) When dry, remove any large chucks of flesh.

This produces tons of seed and we get germination that seems (under non scientific conditions) at least as good as we get from purchased seed.
Dave Quinn
Posts: 87
posted 4 years ago
I've only heard of Pumpkins in the US working.  It's because it's an experiment that I want to try and get as many germinating as possible.

It's a big problem exacerbated by an "experienced" digger driver  who spread it all over the land at the previous owners bequest.

We've got goats (6 now including 2 new babies yesterday actually), but they didn't seem to like it, but our rabbits loved it.  We're hoping to get some pigs who apparently love the roots and "root" them out as well. 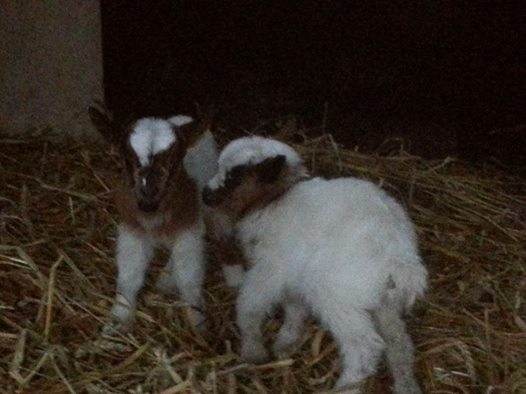 David Livingston
pollinator
Posts: 4328
Location: Anjou ,France
245
posted 4 years ago
will cows eat it ? they love the bamboo here in Angers
How many seeds have you got ? I could save you some ....ok loads we eat the stuff at least one a week

Posts: 5696
Location: Cache Valley, zone 4b, Irrigated, 9" rain in badlands.
2276
posted 4 years ago
My experience is that seeds grow just fine, whether they are planted immediately after being taken from the fruit, or whether they are dried before planting..

One of my selection criteria for squash is long-keeping. So it's common for me to open a squash in the spring that was harvested 9 months earlier, and plant the seeds immediately.

If I dry seeds, I can store them and have good viability for decades. For example, I grew squash seeds this year that were harvested more than 30 years ago. I can't store wet seeds for that long.

posted 4 years ago
I'm glad to see this thread. I'm using my old seeds for the early planting but my tatume aren't germinating. All the instructions about saving pumpkin seeds assume that you'll be planting them months later. I still have one tatume on the counter (the only one I allowed to mature) and I was worried that I needed to pull the seeds and dry them to start some biological process in the seed before it would germinate. I'm relieved to see it's not like needing to vernalize a plant.