Brian Bales
Posts: 90
posted 9 years ago
I could not find any major information on this so I am posting this new thread. The most prevelant trees on my acre and a half are poplars. There are about 11 of them, a few upwards of 60 feet, and I like having them. They make great fodder for my goats and shade for them in the summer. I have however heard that these trees have a limited life span, although mine don't seem to be in a hurry to go anywhere. I would like to make better use of the land around these trees but I have to figure out the right kind of guild for them. I want to focus on food for myself and food for my animals (goats, chickens & turkeys). Should the poplars be treated as a nursery plant or a fixed part of the structure? I've also heard that poplars fix nitrogen. Is this true? What will prefer living with them? I was thinking pawpaws might be a good start as they prefer the shade of larger trees. There is also a patch of prickly pear cactus growing on the southern side of the trees and they seem pretty happy. Any thoughts?
Tyler Ludens
pollinator
Posts: 11804
Location: Central Texas USA Latitude 30 Zone 8
1057
I like...

posted 9 years ago
You might want to look into the "spineless" variety of prickly pear.  They aren't actually spineless, more like "spine light" - my sheep like to eat them.  They are also edible by humans and easier to process than the "spine heavy" regular variety.

Brian Bales
Posts: 90
posted 9 years ago
I was considering the burbank spineless prickly pear strain. Has anyone grown these and tried the fruit?
Travis Philp
gardener

Posts: 965
Location: ZONE 5a Lindsay Ontario Canada
11
posted 9 years ago
Check this link regarding nitrogen fixation...Under the 'Progress' heading, it states that poplar can fix nitrogen. Buuut, they say it fixes within the stem, and mentions nothing of root nodules. Which is not to say that it doesn't release nitrogen from its roots...

Posts: 147
Location: Anoka Sand Plain, MN Zone 4/5, Sunset Zone 43
posted 9 years ago
interesting!  i have some 20+ year old poplars too.  they should make good nurse trees then, right?  i am planning on putting either chestnuts or northern pecans/hicans to the south of some of them.
Travis Philp
gardener

Brenda Groth
pollinator
Posts: 4437
Location: North Central Michigan
26
posted 9 years ago
embrace your aspens..poplar trees.
one aspen tree can send runners out and can colonize many acres of land..and if you cut one, you'll get hundreds and hundreds of baby trees, which the goats and deer love.

our entire aspen forest was built on a group of 3 connected adult aspen trees and also seed from maple, oak and ash trees as well as cherries from some wild cherry trees..

it now covers several acres that were at one time not forested.

the individual aspen trees themselves may not live long, but their babies will come up, grow 20 feet easily in one or two years and be full size in no time..and if they break off or are cut they'll send up more babies..

one thing NOT to do ..is not to cut them if you don't want more of them..cutting spurs on the suckering and you will get roots running off in every direction sending up hundreds of new trees.

if you pull them out, they'll just send up more..they thrive on disturbances.

Posts: 106
posted 9 years ago
thanks for starting this thread.  Poplar fixing nitrogen was a new one for me.  we still have a lot of downed poplar from the ice storm two years ago and I have started putting 3 feet poplar logs between plants on hillsides, like my raspberry patch.
rose macaskie
Posts: 2134
9
posted 9 years ago
According to Roland Ennos in his book "Trees", aspens leaves are on a twisted stem so they swivel in the wind. THis means they take up even more water they are a tree for riversides or wet ground.

I have Queue gardens book on which roots might effect your house from which distances and poplars and willows can get under your house from furthest away.
I had a friend with a hedge of arizonicas and her down pipe got full of the roots from the arizonicas, her boyfriend got them out, the mass of roots was pipe shaped.
Here in spain as well as pooplars  the live stock eat, willows, oaks and maples and i think from the state of the bushes wild plums, may, sloes. I asked a shepherd  about browsing the junipers, the juniper thurifera that i had read were browsed, or at least some of them were, some trees having less bitter leaves than others, and he said it depended on how hungry the sheep were, he said that they would eat anything if they were hungry enough, however i rang a shepherd in a bit of spain where the sheep were meant to eat juniper and he said they did with no mention of how hungry they were. Also a plant they eat here but dont like too much is the pistacea, that is not the pistacio nuit plant. The different member of the pistacea family are dry country trees. THte advantage of trees they eat but that they dont like too much is that they dont get so destrotyed as other trees do.

The advantages of oaks is that they provide fattening in the form of acorns for the live stock and so do junipers provide fattening or winter feed  in the form of juniper berries that i have observed to ripen. those of one tree in late autumn and those of another of the same variety in early spring, so they provide foood for animals all  through the winter. here in spain they have also selected oaks that bare some earlier and some later so as to increase the eseason of fattening pigs on acorns. THte oaks they use are priciply the holms oak butquercus ilex but also the faginea and pyrenaica.

The oaks also provide fire wood, i have written about how they shape them so as to be able to cut fire wood of their branches more easily in the section inthis section of the forum called woodland care . Oak is good fire wood slow burning and hot here they wont have any other. If you keep the trees as bushes  cutting them down every few years, they serve for charcoal and this keep the trees leaves within reach of the live stock but i am not sure the bushes give acorns. When the oaks are kept as bushes they are called chaparras.
I suppose that chestnuts and other nut trees also would provide fattening for the live stock in autumn, though they might not, as oaks do, also provide browse and fruit trees coud be considered usefull for the same, for fattening. I have an aunt who feeds her two pigs on apples and then swears they have the best meat ever.  Maybe apples serve as browse as well as fattening.
Junipers used to serve as beams  having a very hard wood that insects dont like, so hard that the trunks can be used as beams when they are quite thin still and as posts. juan oria de la rueda y salguero talks of beams of juniper being used in roman aqueducts and beign taken out of medieval wells still strong and in one peice in his book trees, gui de Arboles y Arbustos de Castilla Leon. I have written about how they farm junipers here in the woodland care section.
I have not mentioned all the trees that Juan Oria de la Rueda y Salguero, mentions as serving as browse just the ones that i remember.
Judging from the land where sheep are grazed here they like time, i am sure the shepherds would get rid of the time if that were not so they have certainely got rid of the gras which ne3ver sceases to amaze me as it seems to me that grass is uefull to sheep farmers. The time  is everywhere gorse is another browse it grows among the time and is obviously browsed in but i have also heard i have heard of gorse used as browse  in ireland. agri rose macaske.

rose macaskie
Posts: 2134
9
posted 9 years ago
I have a photo of poplars growing in the ditch beside a road in the hills. The interesting thing about it is how very many have sprung up in this wet spot.
THere are days in the year when the air fills full of the seeds of poplars. I have taken a video of something else on one of those days and my son said when he saw it , "but it was snowing" and i returned, "no it was not". It was all the poplar seeds in the air that looked like snow. It seems they touch down everywhere but only spring up were there is lots of water.
The seedling poplars are in the ditch on th eother side of the road, behind them are heather bushes, it must be an late summer or autumn photo, the heather is in flower, and cystus bushes are behind and around the heather.
Poplars are part of the trees natural to riveside areas and key point areas in hillsides. agri rose macaskie. 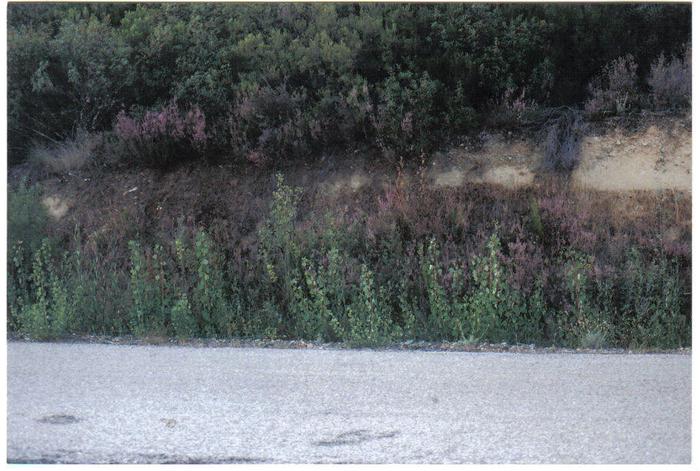 Brenda Groth
pollinator
Posts: 4437
Location: North Central Michigan
26
posted 9 years ago
happened to think yesterday...those tree trimming crews across the road from us are cutting down aspens under the power lines..

knowing the aspen tree the way I do I am envisioning the end of this summer, it will be a tiny little woods of 10 to 15' tall aspen trees so thick you won't be able to see through it..

each aspen that they cut to the ground will send from its roots dozens if not hundreds of baby aspens, and cause they already have roots, they will shoot up to from 10 to 20 feet in no time, and will be thick in there..it will be kinda fun to watch all that work they did undone in less than a year..and I'll laugh

rose macaskie
Posts: 2134
9
posted 9 years ago
Brenda you are bad laughing at the poor things like that .
I suppose those of the photo will just be herbicided i have not been up there to see waht happened to them though its very close. rose