Dale Hodgins
Posts: 9002
Location: Victoria British Columbia-Canada
668
posted 3 years ago
This concrete was heavily power-washed last summer. It was quite worn and porous. When I saw what they were doing, I suggested that it was too late for this sort of treatment and that it would cause the concrete to break up with frost. I encouraged the owner to immediately apply a high-quality topping compound and sealer. This is something they could have done themselves for about $100. They decided that I was overselling the potential risk. Nothing was done.

Then, we had our coldest winter in several years with plenty of freeze-thaw cycles. Prodigious amounts of salt were used to control ice. All of the concrete became heavily degraded. The area around the front door and steps to the basement, became so soft that I could pick pieces out with my fingernails. Further from the door, pockmarks developed. In the worst areas, it seems to have been turned into gravel to a depth of 2 inches. It really should have been replaced , but the owner cannot currently bear that expense. Instead, it has been repaired at the cost of $475. It is not as good now, as it would have been if it were sealed immediately after cleaning. My best guess is that they will need to spend more money on it, and that the worst areas will completely fail within five years.

These pictures show it finished with topping compound. I will put a water sealing coat on it later today. The areas most prone to failure now, are the edges of concrete steps leading to the basement and to a patio area. They were square edged, but are now heavily rounded, as foot traffic has worn them in the past few months. More photos to follow tonight or tomorrow morning.
20170523_085852.jpg 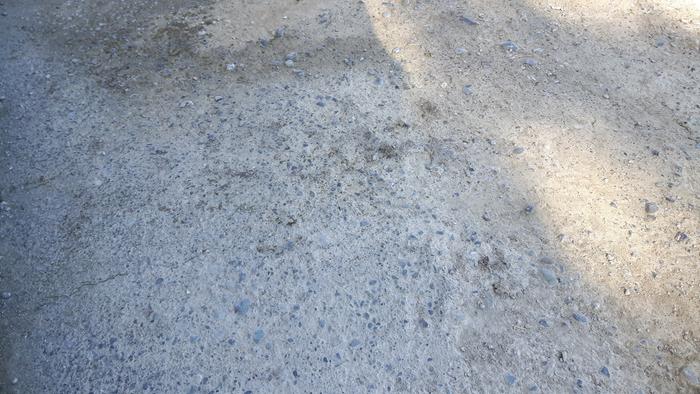 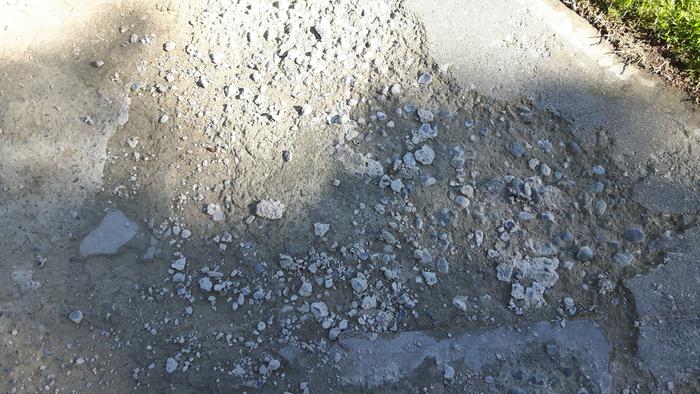 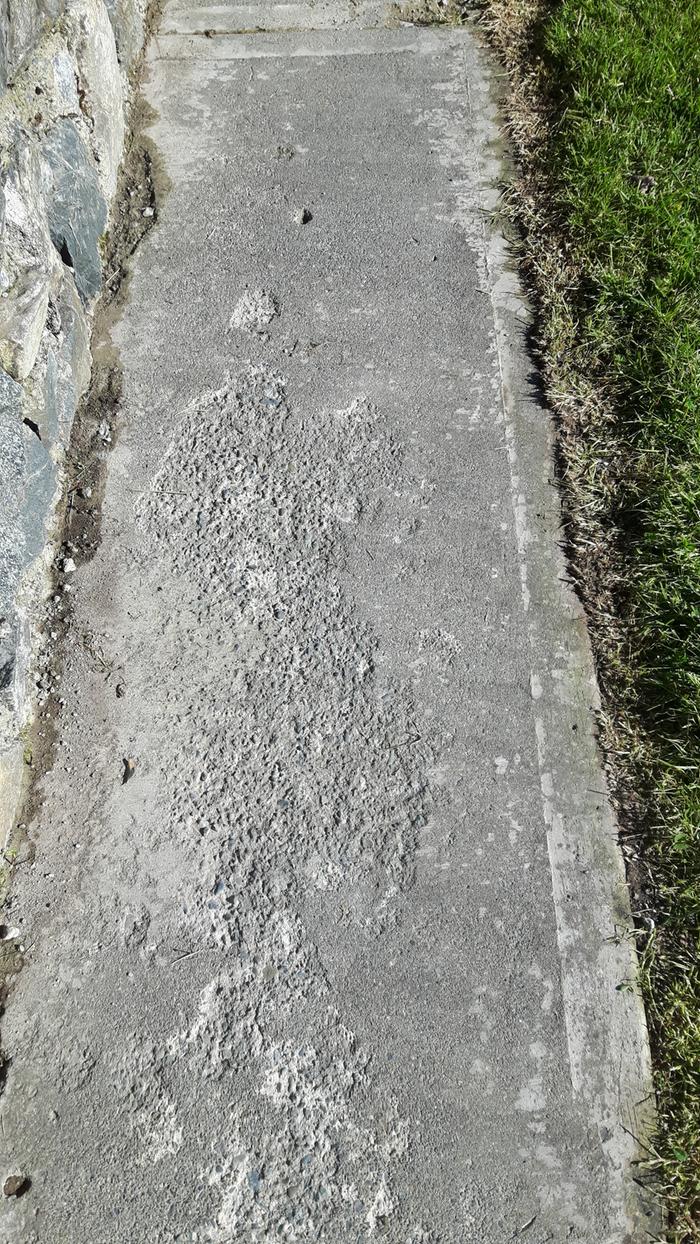 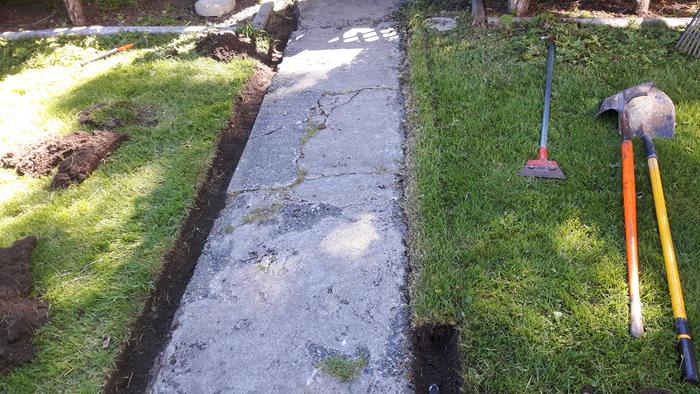 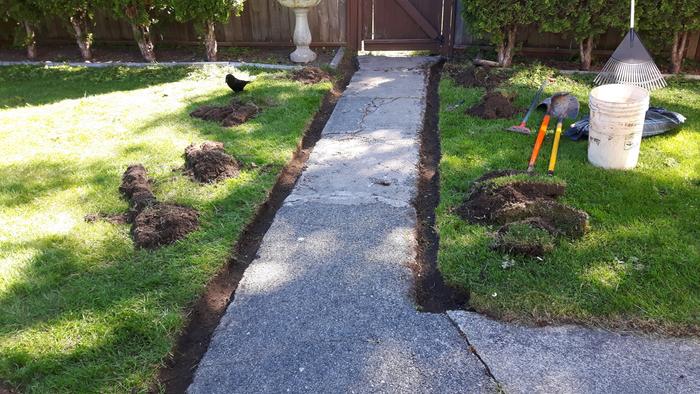 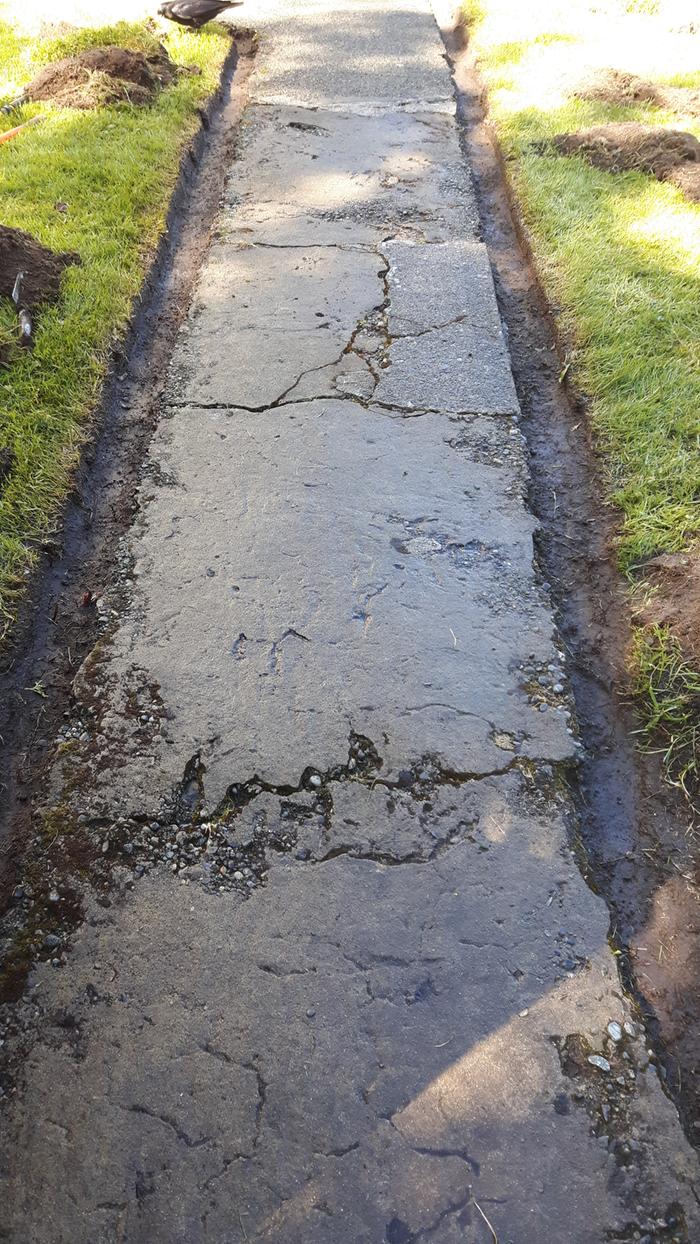 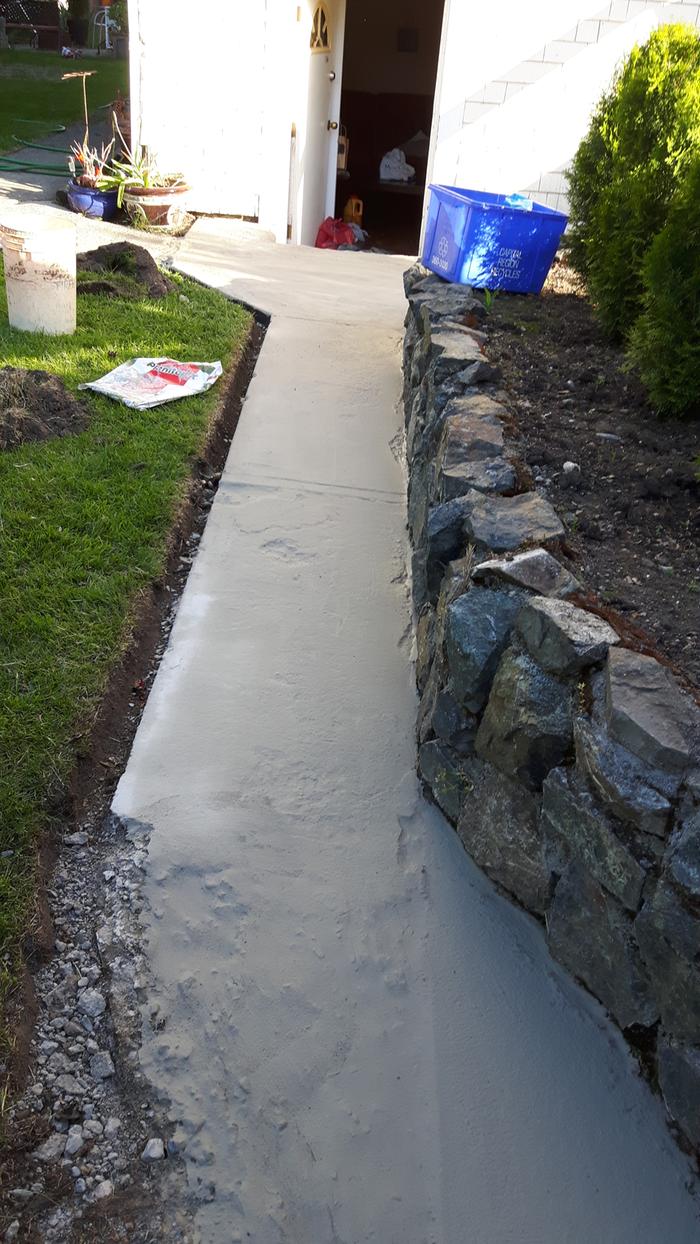 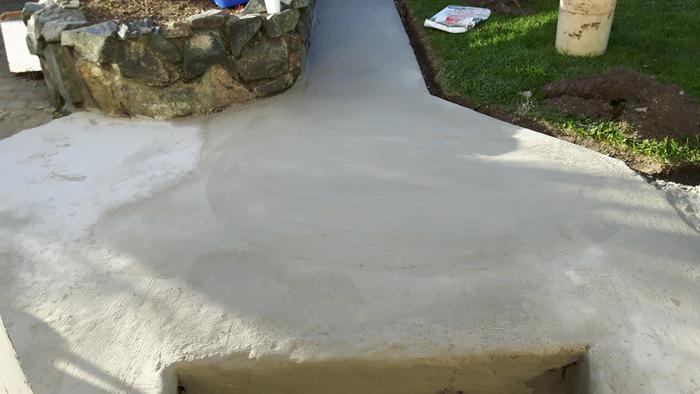 posted 3 years ago
We have a cement walkway between our front door and the street that has sunken on the street side level leaving a dangerously drop between the curb and the walkway. It's not particularly high, just barely higher/lower than a tradition step so people don't realize until the ground isn't quite where they expect it to be until they take that step.

I think the ground was not properly compacted before the builders poured the walkway and so this was caused by natural settling of the ground. The cement itself is in fairly good shape, only cracked where there was no support below it as it sank. Could topping compounds like this be used to build up the walkway level to make that step down a more predictable height?
Dale Hodgins
Posts: 9002
Location: Victoria British Columbia-Canada
668
posted 3 years ago
Yes this can be done. There are topping mixes that are meant to go on quite thinly and other materials for thicker patches. If you are raising it by a few inches, you may put a wire mesh, to prevent it from breaking up. Your best bet is usually to take good photographs and go to an industrial concrete supply. I took my photos to one of these places. There's no point talking to the kids at Home Depot or other places where they are unlikely to have any specific knowledge. In order to get proper adhesion, the old concrete must be clean. Some products want to stick to a wet surface,  while certain sealing products need to go onto a dry surface. Cooler overcast days are ideal. Hot sun and even a surface that has been heated, will tend to set materials before you are done working with them.
Dale Hodgins
Posts: 9002
Location: Victoria British Columbia-Canada
668
posted 3 years ago
A few days ago, I applied the water sealing coat. This helps with leveling and it gives a textured, grippy surface. After a hard rain, it looks a little blotchy. I don't think it's anything to worry about. The material was laid extra thick on the steps and particularly on the round nosing. This area had been wearing away with every footstep.
20170531_111307.jpg 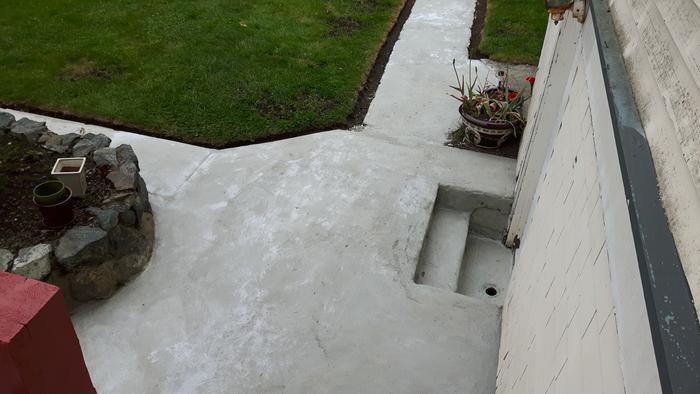 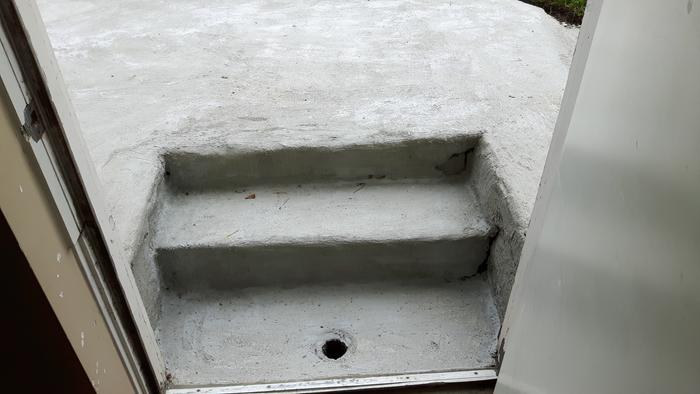 Donald Avant
Posts: 8
posted 3 years ago
Good job Dale...This was the most complete explanation I've seen on this subject...Pics are GREAT...
Larry Bock
Posts: 197
10
posted 3 years ago
There are some great additives for mortar and concrete available now a days.  You can add it in place of water or it can be cut with water depending on the application. The one I use looks like milk  it is
Polymer based,makes the new stuff stick to the old stuff and end product is tough as nails.  Our concrete back stairs were in really bad shape. The repair has lasted ten years with no sign of deterioration  even with the beating they take.  Oh the product I used was " painted" on the old surface before the new material was applied as a " primer" it think it is about $17 a gallon and worth ever penny.  Wish I had taken before and after photos.   Larry.  Ps Home Depot carries it
Rebecca Norman
gardener & author

posted 3 years ago
Larry, what's that product called? It sounds incredibly useful, and if you could give a generic name maybe I could find something similar here in India. We've got a lot of shabby bits in our school that need repair. Not so much concrete, but certainly some.

Rebecca Norman wrote:Larry, what's that product called? It sounds incredibly useful, and if you could give a generic name maybe I could find something similar here in India. We've got a lot of shabby bits in our school that need repair. Not so much concrete, but certainly some.

Give me till tommarrow and I'll get you the name. Best thing since sliced bread.  Well in the concrete and mortar world
Larry Bock
Posts: 197
10
posted 3 years ago
Boy did you luck out. I have a gallon here at my shop.  It is called   Commercial Grade Quikrete. , Concrete Bonding Adhesive.   And there you go!   Repairs made with this stuff are rock solid. I did a skim coat on the top landing along with the repairs.  It had with stood and ice chopper for a decade.  The rplacement is " almost like a plasticized motar and adheres very well