posted 3 years ago
We are now going on our 5th week without rain and temps in the 90s, heat index in the 100s. If ever there was another reason to consider a food forest, where the canopy gives some shady relief throughout the day, this deadly weather is one of them.
006.JPG 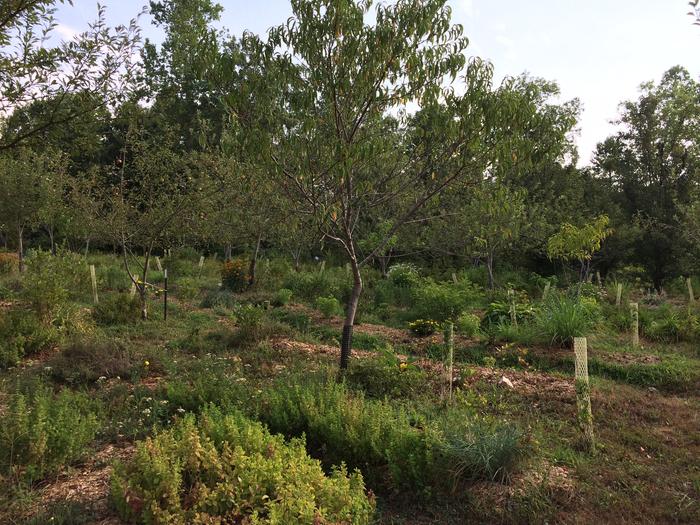 posted 3 years ago
Sounds like a typical central texas summer. Is this unusual for your area?

The swings is what gets me. I went thru three years of rotted potatos in the ground from 12"+ rains in may. This year i grew them in Raised beds and the big rains didnt come, now i have to water water water because of the raised beds. Its always something.  We adapt, then adapt again.

Marianne Cicala wrote:We are now going on our 5th week without rain and temps in the 90s, heat index in the 100s. If ever there was another reason to consider a food forest, where the canopy gives some shady relief throughout the day, this deadly weather is one of them.

We have been going over a month of no rain in this area too. We did have one small misting event but it was no where near enough to do anything - otherwise just bright sunny and in the 80s most days. We normally get a little rain in July and August but so far July has basically just been dry and August is starting out no better. I'm really hoping we get some rain in August to break this cycle - don't need a lot of rain just enough to get the plants into September when our rains normally return.

I have been noticing which of my plants are handling the dry weather and which are struggling - I don't tend to water my plants but I did water a couple trees that were planted late and have not had as much time to get roots established. Here are the lessons I have learned so far:
- Mulch is a must and wood chips seem to do a much better job than straw. Even with no watering and no rain for over a month the soil with wood chips are still damp - this is the first year I have lived here and so also the first that the soil has been mulched.
- Large hugel beds are handling the dry weather fine even in their first year but small hugel beds are not dealing with it very well. My big hugel bed that was installed in January that runs east/west with most plants on the south facing side is having no problem with the dry weather and I'm getting huge growth on the plants with no watering.
- Don't plant any perennials after April in my area. Plants planted after just don't have time to get their roots established before the dry weather. This is assuming I'm not going to water them, which I don't want to!

Many ways no big surprises in my lessons learned and they were really just confirming my previous suspicions. But what did surprise me was that even in the first year on really poor soils applying a good layer of wood chips or building hugel beds (large ones) was enough to eliminate the need for watering on any plant that was not planted late in the season! I expected this to be true later as my soil improved and as the new plants got established but so far I have very happy plants in open exposed areas that are growing great despite the dry weather. Many of these plants were bareroots that I just planted in late January and March but don't seem to be having any issues due to either being mulched well or planted in my large hugel bed.

Now in areas where I skimped on the mulch or planted too late or built smallish hugel beds I have been having problems with plants not making it. Due to this I'm changing my future plans by shrinking the areas I will try to plant each planting season so I can focus on applying a very good layer of mulch and getting all the plants in early in the season. Hopefully, this will eliminate any need I may have for watering in the future!

posted 3 years ago
Yup, it's like a dust bowl here too. I dug trenches to run the conduit for our electric supply to the house and shop and even 1 1/2 foot down, it was dry. End of September and it's 90+ degrees. I'm hoping this is the last round of heat. I didn't do much gardening this year due to having too many construction and infrastructure projects. Probably not a bad thing as we have no well or pond. I have a 225 gallon tank I fill up at the neighbor's spring but 225 gallons isn't much for a family of four, never mind a garden. I did water my trees once and am getting ready to do it again. I have one peach tree a few years old and bought 150 trees and shrubs from the state nursery this past spring. They're all alive but not exactly thriving. The exceptions are the wild plum and persimmon. I planted those temporarily in two newly made garden beds that have plenty of organic matter in them so they're doing pretty decent. The bulk of the order was ninebark shrubs that I planted at the edge of the gravel road to keep the dust down and give us more privacy. I'm thinking about coppicing or pollarding oak and hickory behind them to make the dust wall higher. Predominant winds bring all the road dust right to us. Every day lately, after working outdoors, I feel like I'm coming fresh off the dusty trail in an old western movie.

This ever changing weather is the reason I'm buying native food plants and doing a food forest. Most of them will handle partial shade. Oak/hickory leaves will be their mulch as that is the over-story here and that's what they're used to. Just ordered 95 more this year(elderberry, pawpaw, hazelnut, nannyberry) that I'll be picking up in the spring. I'll be digging a pretty good sized pond at the top of the property this year and running a pipe downhill to the growing areas. Then I'll start buying more cultivated food plants and really get going on the garden. My next neighbor, uphill, is on a knoll and there's 20 acres of sloped woods that run down to me.

posted 3 years ago
Round II.  Another unseasonal drought has grabbed us; rolling on week 4 after an unseasonably cool/wet August.  So I'm working on an very old desert approach.  We've harvested rice from most of our paddies and are taking advantage of below ground level beds to row up and plant.  I tried this last year with 1 of them out of curiosity and was amazed that not only did the plants do extremely well in the fall, they were all but forgotten during the winter.  I was putting row covers inside of my greenhouse (unheated) to protect our winter crops and totally forgot about these paddies that were filled with brassicas and lettuces.  I didn't pay much attention to them from Jan - March when I discovered that they were rocking without any protection from temps in the teens nor watered during a weirdly warm Feb.

Since we have no rain in sight for another 10 days (unless Maria turns further west) we're planting them tomorrow with seedlings and running a comparison between these beds, hugel beds and regular planting rows in our orchard.  I'll keep ya'll posted, but I think I know how it'll work out

There are 6 paddies in total that we converted, each flowing into one another so flood irrigation will be our approach, which certainly will make these beds incredibly easy to maintain.
rice-paddies.jpg 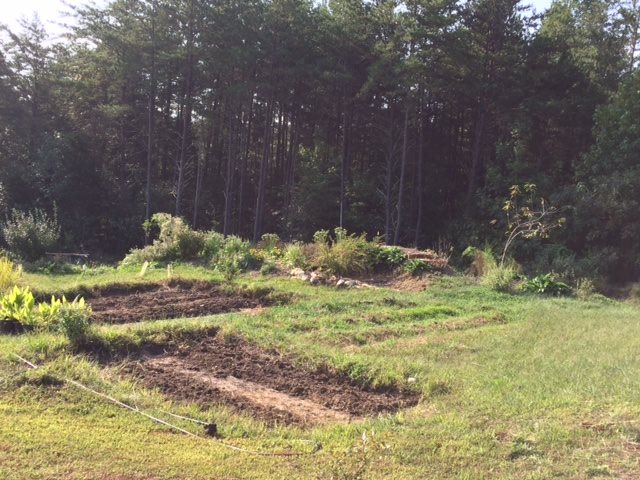