posted 3 years ago
This year was very interesting, I got a bean I didn't plant. 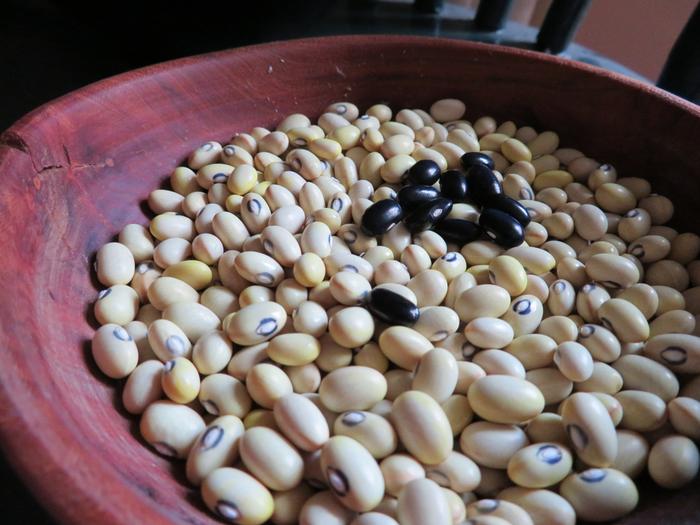 I'm growing hutterite soup bean that I got from the seed library a few years back.  I've grown a small amount, saved the seeds, bulked up my supply and this year planted a large patch where no bean has ever grown before.

Every bean planted was yellow.  Not every bean harvested was. 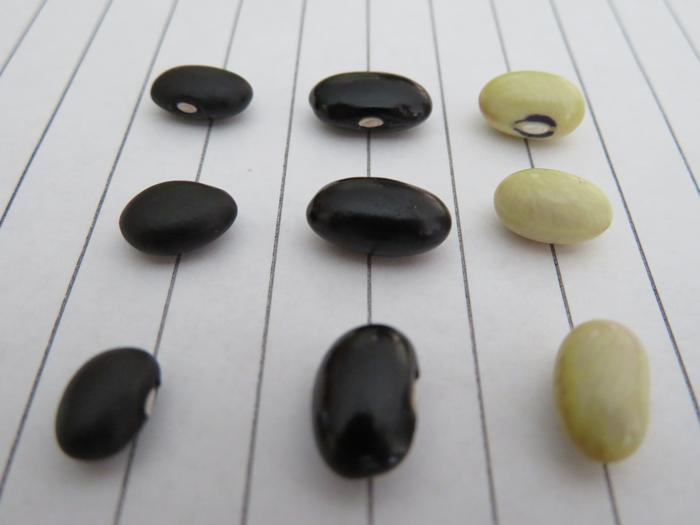 The beans on the left were black turtle beans I grew last year.  They were a very prolific black bean that produced 8 to 10 small, flattish beans per pod, about 50 to 100 pods per bush.
The middle bean is the new black bean that suddenly showed up in my processing.
The right-hand bean is the Hutterite soup bean that they should be.

This year's black bean is bigger and rounder than last years.  It looks nothing like any black bean I grew before. 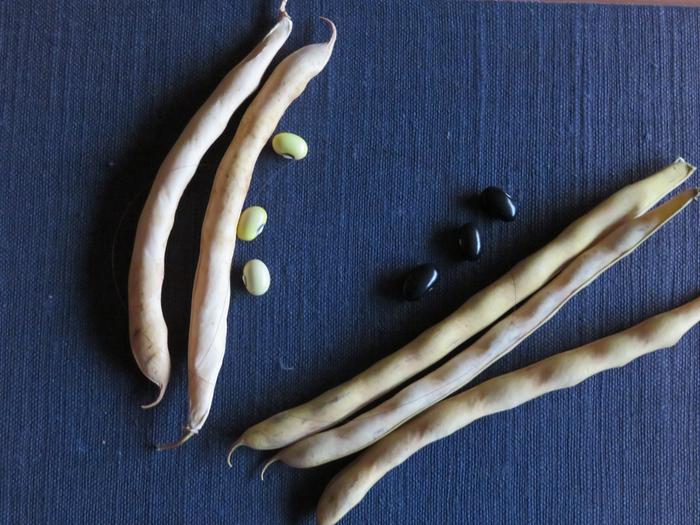 The Hutterite beans have about 6 per pod and not every pod is full.  The black bean has an average of 8 per pod.


If I planted only yellow beans and if no beans had been grown in that ground before (it was raspberries until this year), and I have a black bean... does this mean, my black bean is a cross?

Last year, I grew many different beans near each other, but this year I opted to plant just the yellow that I had grown near-ish to the big mixed patch.

posted 3 years ago
None of the beans stood out as different while growing.  All the flowers looked the same, and they matured about the same time - give or take a bit.  Some plants were prolific, some only had a couple of pods.  Since I'm selecting for lots of seeds, I didn't bother to look in the pods at the time of harvest.  I just assumed that the ones that were ready when I was ready to harvest would produce viable seeds.  The plants the produced more seeds, would contribute more genetic material and thus create more productive plants next year.

It could very well be a brand new hybrid bean. How exciting!

Black is dominant over yellow, so if a black bean was the pollen donor, the offspring the first generation will have black seeds. The real magic happens in the next generation, when the genetics get sorted out into all sorts of new combinations.

posted 3 years ago
I'm excited.  Neat that black is a dominant trait.

We're shelling by hand this year.  About a third of the way through the beans and we already have a small bowl full of black beans.  I'll save a special spot in the garden for them next year and see what happens.

posted 3 years ago
We found another one. 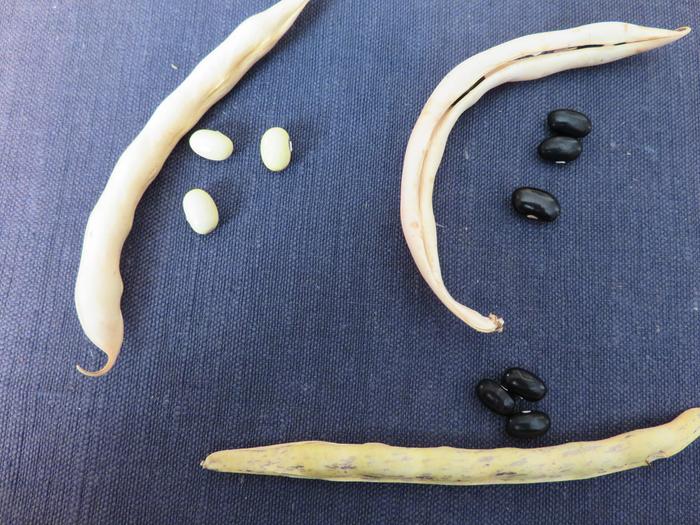 
Last year, I had three patches of beans about 5 yards apart.  One patch of Hutterite Soup, one of Dragon's Tongue, and one of everything mixed so I could see what grows best.  Here's a picture of our harvest from the mixed patch. 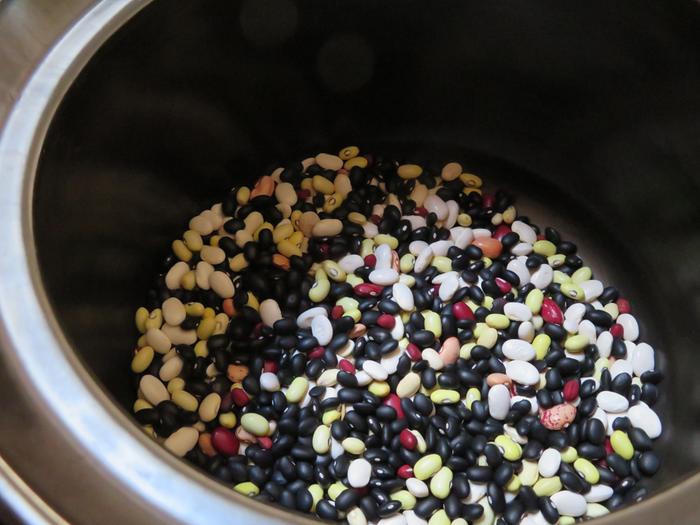 Since I like Hutterite best of the batch, I planted only that, this year.  Half the mixed batch, I'm cooking and half I'm keeping in case I feel like growing more next year.

Sherri Lynn
Posts: 103
Location: Piedmont, NC
5
posted 3 years ago
How beautiful!  I love it when our food is both tasty and beautiful. . .

Phil Gardener
pollinator
Posts: 335
Location: Near Philadelphia, PA
71
posted 3 years ago
Bee crossing in beans is much more common than most folks think.  Great to see that diversity!  As Joseph mentions, the offspring of these seeds will be quite variable and interesting!