Dale Hodgins
Posts: 9002
Location: Victoria British Columbia-Canada
699
posted 4 years ago
These bicycles are all over town. People pay for a monthly membership, and they can grab a bike anywhere. They don't need to be locked up to anything. The wheel lock out is all that is required. Customers have a code on their smartphones, which will unlock any bicycle they encounter. All of the bikes have a GPS tracker, so that anyone who is part of the program, can easily find a bike, using their phone. In the downtown, that usually means walking less than a block. There are currently over 100 of them and there is a plan to have 400.

Bicycle shops and other rental outfits are not happy about this, because it is such a slick system. Some people won't need to buy a bike, and it would make no sense to rent from most of the ones that have an antiquated system where the bike must be picked up and returned at a certain depot, only during open hours. The best plan wins and I think it's this one.

With this system, a person can hop on a bike, and ride it home. It can be left in any visible, public spot. The next morning, if it is still there, and it usually is, they can ride it downtown. I've watched these bikes coming and going for quite a while. It seems to be working.

I talked to someone at the company, about theft and vandalism. They have had a few wheels and other minor parts stolen. Thieves don't Target the whole bicycle, because it would be very difficult to sell. They are quite distinctive looking, and tracking devices are hidden within the frames. If I see someone carrying one of these bikes, I will instantly know that they are stealing it. The only reason to carry it, would be if the wheel is locked up. 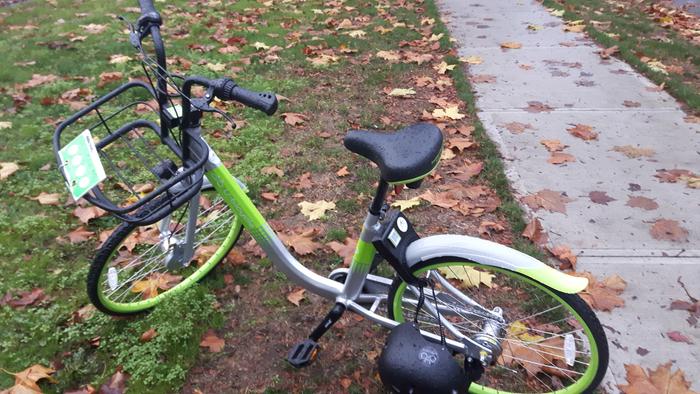 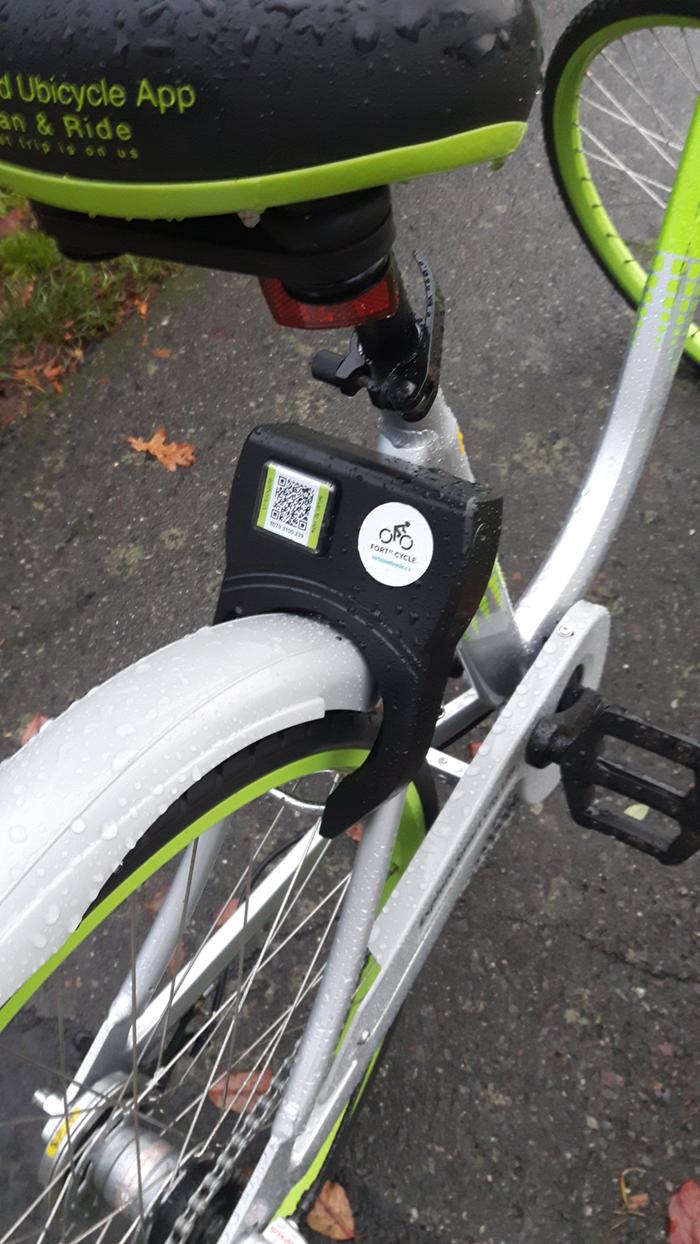 David Livingston
pollinator
Posts: 4328
Location: Anjou ,France
246
posted 4 years ago
This system is getting very popular in europe most big cities have one even London and Paris

posted 4 years ago
It's been a going concern in Toronto for the last couple of years at least. This one uses lock stations, which is a bit less convenient, and I don't know about the GPS and smartphone capability, as I am not a user (! have a half hour highway commute to work, so biking won't be possible until I relocate to make it so). I also already own a bike, and work in another municipality which hasn't picked up the program, so this kind of program isn't really a good fit for me, but I am a big fan of any initiative to get people out of cars in the downtown core and on to either transit or bikes.

posted 4 years ago
We have city bicycle rental very similar to this here in Nashville. It's a good idea, but renters really need to read the fine print. What's clearly labeled and easy to read is the $5 daily rental fee in large print, and one thinks "oh that's nice", but that's only for the first hour, then they ping you for $1.50 for each 30 minutes over, and if one keeps it for a day can cost $45. And if it's not returned within 24 hours, they consider the bicycle stolen and will charge $1200. As with anything, it's important to read and understand the details.

So somebody has the app and unlocks and rides one of these bikes to the grocery store and then goes into the store and loads up a cart and then pays for it and comes out and somebody else has taken the bike, away, gone... no bike to get the goods home.

What?  That's no good.  Or am I missing something?

Roberto pokachinni wrote:So somebody has the app and unlocks and rides one of these bikes to the grocery store and then goes into the store and loads up a cart and then pays for it and comes out and somebody else has taken the bike, away, gone... no bike to get the goods home.


I haven't used one myself, but I don't think there is anything stopping you from temporarily locking the bike up with your own chain.
Dale Hodgins
Posts: 9002
Location: Victoria British Columbia-Canada
699
posted 4 years ago
I'm pretty sure you can lock it up with the existing wheel lock, just by keeping it in your name for the amount of time that is needed. You don't have to be physically with the bike to lay claim to it. Also from what I understand people are paying a monthly fee, not renting it by the hour, as that would surely drive the cost higher. Some people drive cars from distant suburbs, then hop on one of these bikes 10 or more blocks from the downtown. This means that many people are still able to use their car, but not fill the downtown with cars.
Gabriel Lavinsky
Posts: 9
Location: Vitória, Espírito Santo, Brasil
1
I like...

It seems to me more like a design problem than a problem with the idea of bike sharing. Bikes will be wasted with time. That doesn't mean they should  necessarily go to graveyards, since there could be a way of removing their parts and reusing them into the production of new bikes. The question is, how to do it, I don't know, but can just imagine : P
I've read a 2000's book from Fritjof Capra, in which he described the production of new 'super-cars' that could have it's parts melted and used in the production of new ones. Bikes are not that complex, I don't believe it is hard to reuse them. The problem is, it seems cheaper in many economies to build new things than to reuse old ones.

posted 4 years ago
This is a great idea and how we need to be evolving to take care of teh earth and our health. Plus it's fun.

We have a version of this in Portland but they had to scrap one they used a few years ago due to design and implementation problems.

I think it's just like the habit of riding your bike to work, to a movie, to the grocery store.  You have to develop the natural way of thinking to automatically do the stuff
you need to do to keep it going well.