Will I ever create a garden like the view out of my window?

J Grouwstra
pollinator
Posts: 127
Location: Fryslân, Netherlands
52
posted 2 years ago
I felt very humble today. Slugging away on the allotment, where all I grow wilts or gets eaten, all weeds are far from being under control and progress seems very slow, it's a bewildering experience to come home and look at the view to see what nature has accomplished within a month's time: 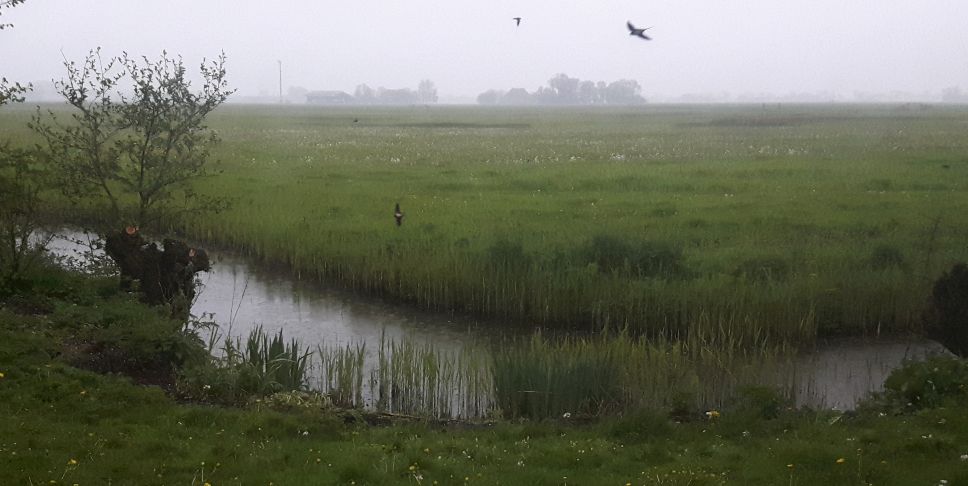 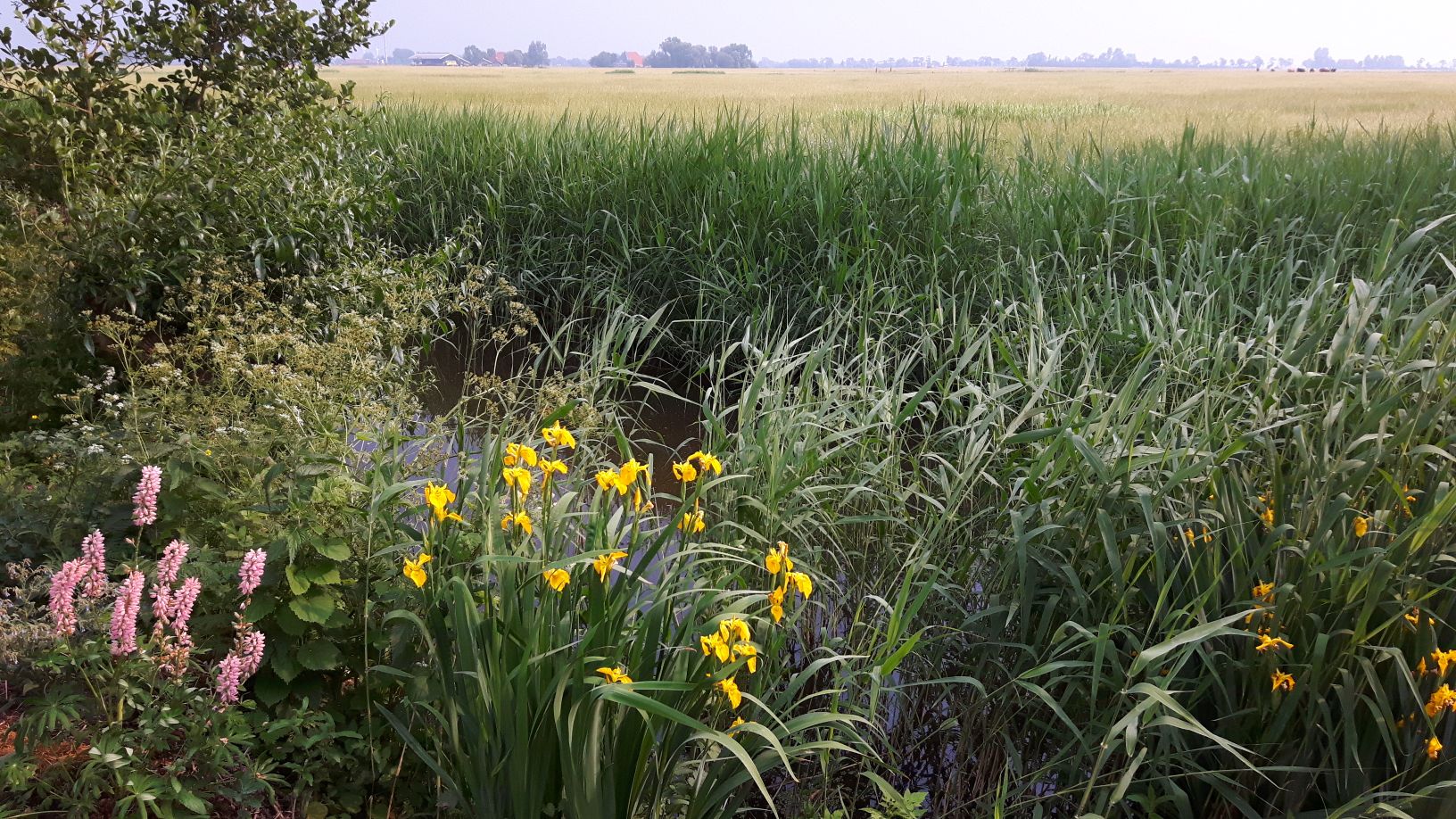 Damn! Did that just happen in 4 weeks? First picture May 1, second picture May 29. No human hand involved (at least not in between the 2 pictures). This is what must be happening every year, but I only realised when I put the pictures together.
I want to be a permaculturist who can create a garden that does these things!
Roberto pokachinni
gardener

posted 2 years ago
The difference between your garden, and the creekside you photographed, is that the creek area is a perennial undisturbed system, while your garden is likely an annual disturbed system.  The creek has a sub irrigated effect on it's edge plants, while you are likely irrigating your garden from above.   The plants in the photo are naturally selected to thrive in that particular location, whereas you may not be selecting the exact right species for your garden.  If you planted a garden of perennials, you might be able to approach what nature is doing at the creek.  Remember that nature is our guide, our teacher.  You are very right to look at such abundance with awe, and wonder how to achieve it with your garden.  Observe closer, and see how you can mimic it's patterns even if you are using annual plants.

Remember also that if left to it's own devices, nature will take over your garden and after a time with some annual pioneer plants will establish a system dominated by perennials that will look as interesting and full as your creek photo, though likely very different species.

Last year I saw that I had an overwintered Kale plant and I let it go to it's second year fruition, creating seed pods.  Other projects and neglect had me forget the project of collecting the seeds, and I thought all was lost.  Today I went to the garden path beside the bed where the Kale plant was growing.  There are hundreds of Kale seedlings so dense that it will take some work to separate them, but it is a task that I started tonight and will finish tomorrow, potting them up to get a good root established before being set out in the garden.  Nature takes over, all the time.  We just have to trust it and work with it, instead of against it.

I think, that in time you will be surprised at what you have achieved, but it will take observation and trials to get it right.

Ben Waimata
pollinator
Posts: 111
Location: New Zealand
22
posted 2 years ago
I think there is also a strong climate indicator in these two pictures that can serve as a guide for how you design your productive garden. That massive vibrant jump into spring growth patterns is something I don't really see here with my oceanic climate that drifts slowly form one season to another. You can take advantage of that growth pattern and use it to your advantage.

By contrast here are some pictures of the area behind my shed. There was the remains of an old leyland cypress windbreak there which I removed as nothing grew under them. Then I didn't get around to doing anything there, and 7 years later this is what has happened. It has quite quickly returned to a pure native primary stage rainforest plant community. This is the clue for me when designing an ecosystem, nature wants this area to revert to evergreen broadleaf oceanic temperate rainforest, so it makes sense to focus on fruiting plants that enjoy these conditions. 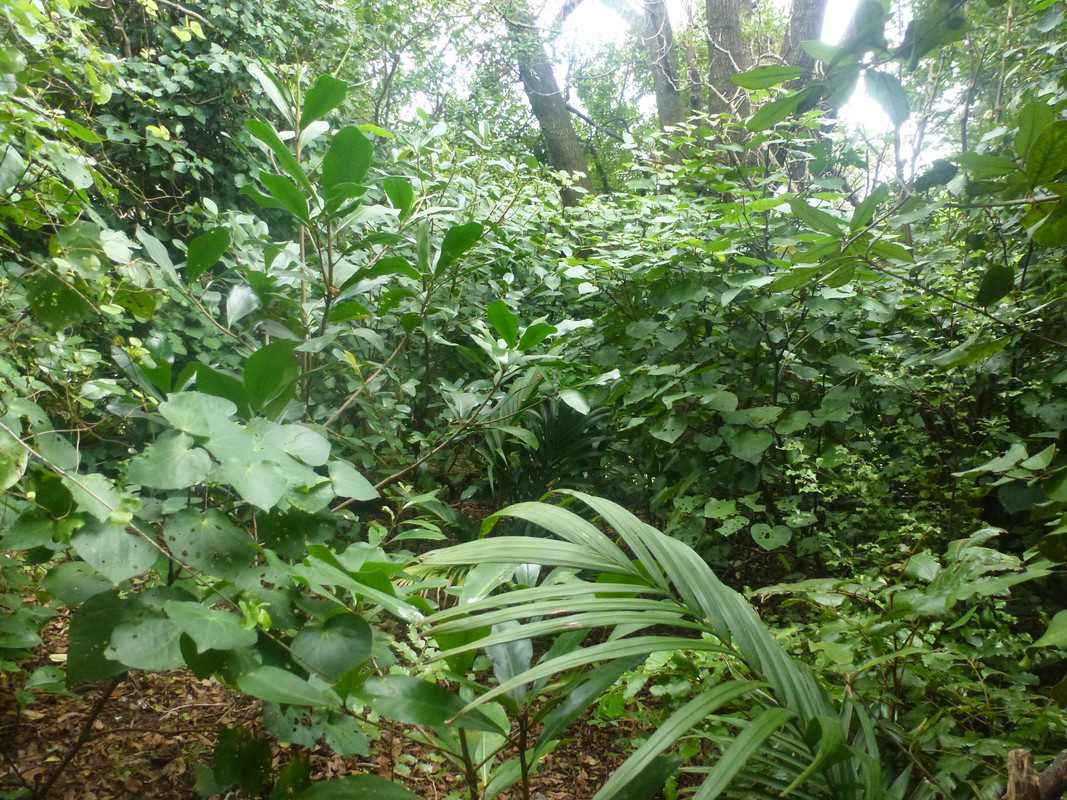 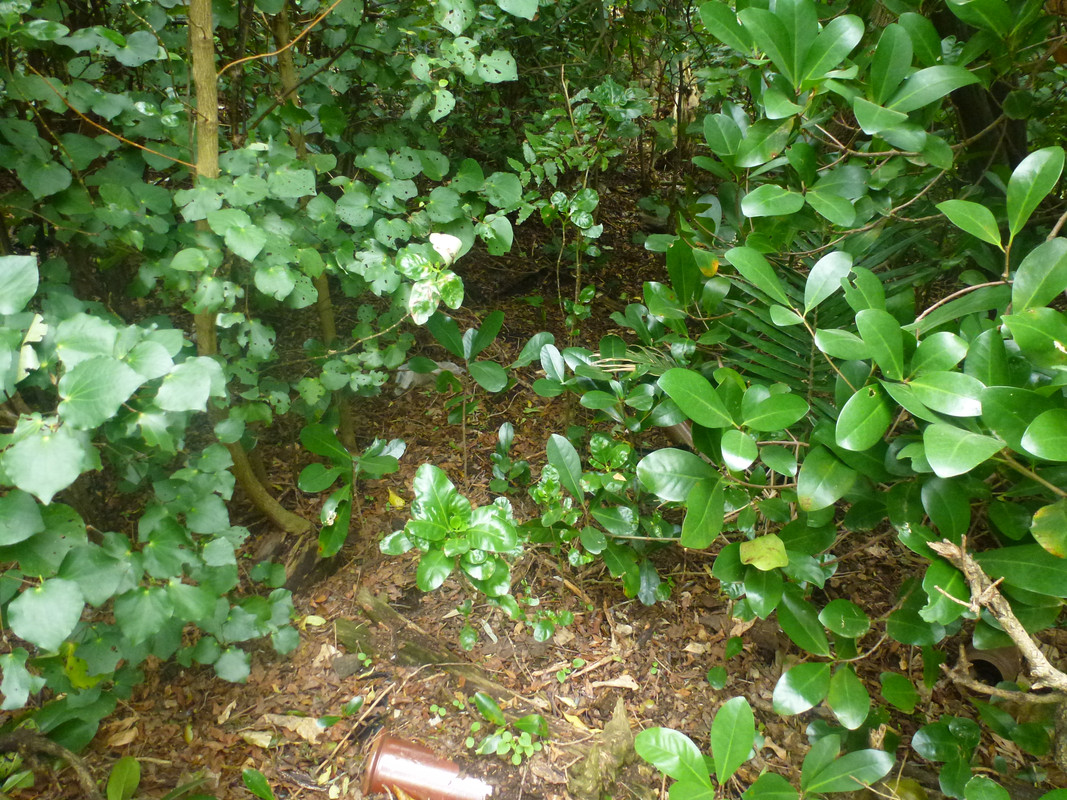 posted 2 years ago
Great thread. I'd like to add that I really like the first picture as well as the second.

posted 2 years ago
Both pictures are beautiful but if I understand correctly, they're both of the creekside that you're admiring. :) Have you looked into forest gardening and that kind of thing? I have a few traditional veg beds going and I have to admit that they take a lot of work for what they give back, especially in the beds that have been weedy/unmaintained for a few years versus new beds or beds that I've been "overplanting". (One of my older, inherited, expected-to-be-weedy beds has no weeds and I'm pretty sure it's because the beans, squash and potatoes are crowding them all out.) That creekside view is beautiful but might not add much to your ability to feed yourself unless you introduce some things. If I had a creek like that on my property the first thing I'd do is introduce some cattail. Samuel Thayer calls it nature's grocery store, because no matter what time of year, you can harvest a good amount of something edible from it, so having a big cattail stand can be a nice thing to keep in your back pocket. Then I'd probably look into adding some fish. Rather than building a pristine growbox separate from nature, and working against what nature is trying to do, maybe you can nudge nature into a useful direction? Obviously be careful not to introduce some uncontrollable monster; I'm not sure if cattail is invasive anywhere, and I know that certain fish are, so if you introduce something potentially invasive, be sure that you're going to harvest/eat it into submission. I think the goal is to make a sustainable system that generates enough excess that you can leech off it indefinitely without wrecking it. That would be my idea of success, anyway.

J Grouwstra
pollinator
Posts: 127
Location: Fryslân, Netherlands
52
posted 2 years ago
Great responses! I'm actually surprised people are managing such meaningful comment on just two pictures showing a lapse of time.
I basically shared it because the natural transition was a surprise for me and inspirational.

Here, among permies, we probably recognise the importance of observation. Ben Waimata sees very different things when he looks around than I do, and needs to learn from his own observations rather than mine. So the pictures I posted are relatively meaningless to others when they don't live in this area.
And I don't really know what to learn from what I see as well. Roberto gives a solid explanation of what's going on; the strength of a well established perennial system of native vegetation. And yes, also the speed of growth belonging to a short season climate, as Ben noted. I do feel strengthened in some permaculture principles that I've embraced; especially the one about having a good base of perennials.

On my allotment the perennials still need to get established more. It takes time, years, to get from crap compacted clay to airy nutritious Hügelbeets covered with a base of thriving perennials. I won't be too harsh on myself and will allow the time.

About the pictures I like to remark there's no creek; that word means a naturally flowing stream, right? I live in The Netherlands, already at sea level, so no natural creeks anymore. Narrow lines of water here are man-dug. Canals form the borders between plots and are used drain water away from the land, into the sea with the aid of mills and turbines. It doesn't make much difference to what we're on about here, but I have to admit the word 'creek' irked me a bit. Also this is not my property, I'm registered homeless even, although I do have this place to stay and I hope to be able to stay here for longer. Otherwise there's not much point in spending much energy in it, although I have already done so. On the waterside you see I removed willow, and put in some edibles like rhubarb, lettuce, courgette, cherry tomato and a berry bush. Also useful plants for insects like comfrey, lupin and poached egg plant. Nothing that would alter the character of the place too much, I wouldn't want it to look like an allotment plot, although probably quite a lot of edibles can be put in without that happening. I'm curious to see where it can go.

I'll leave you with a view on an allotment plot neighbouring mine. It hasn't been tended for long, nothing was put in this season, but rather than an unsightly mess of weeds, it has actually turned into a pleasing display of self seeded flowering kale, poached egg plant and some long grasses. Sorry for my bicycle crate on the left, and my neighbour's garden is behind that; top half of the picture: 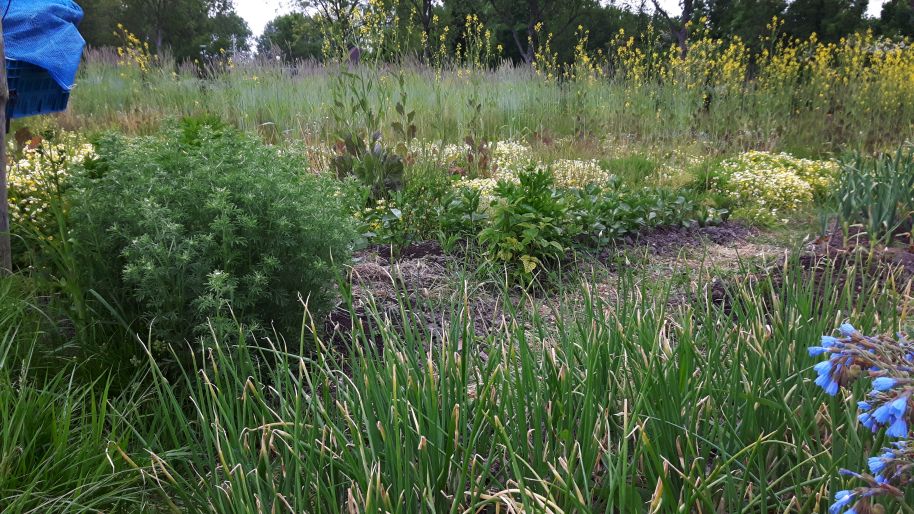