Rachel Young
Posts: 5
posted 4 years ago
Here we are! I've put great big monster 6"x6" beans under the already extra solid 2x8 suspended floor the span was already only about 7', and now it's no more than 3' anywhere. I feel good about that. I also took out the rigid insulation under the floor to reduce the concentration of heat in the wood.

The base is rows of bricks set on edge (4" gap), 6" apart, supporting a double layer of durock faced on bottom with foil. The whole works are spaced 4" from any wall, open front and back for airflow.

That's where I stand right now, but I have a few questions:

1) Do I need to insulate under the entirety of the mass? I've understood that the dangerous temps are mostly around the core/barrel.

2) Can I use 8" stovepipe for my riser, or will that just burn out?

3) Similarly, could I fashion extra metal from excess stovepipe into the outer insulation container for my riser, or would THAT also burn out?

4) Will standard pop-rivets hold up for this stovepipe stuff, or will it melt?

5) 2 runs of 8" pipe through my mass works BEST for me, but I could do 3 if I needed to. How much more efficiently would 3 runs heat over 2? I'm in Vermont and it gets bloody cold! -20 for a week or three every winter lately. 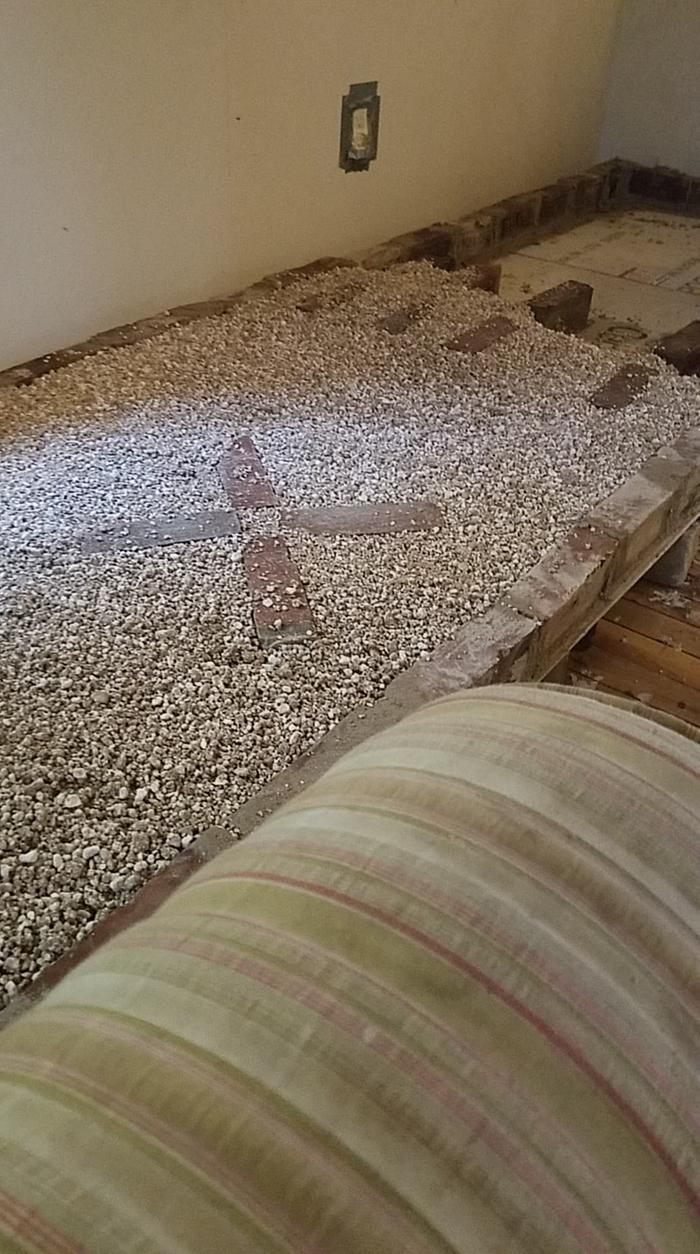 posted 4 years ago
Nice work, better be safe than sorry on the support since it will be very heavy.

1) I would insulate under the mass too as the temps stay pretty high and you probably want your heat moving up and not down.

2) You cannot use stovepipe for the riser, it will burn out.

4) stove pipe for the riser or for the horizontal run? They will hold up in the mass but not in the riser--"metal is doomed"

5) longer is more efficient, but it really depends on how much length you already have, what is the length with 2 runs vs 3 runs--including 90degree elbows at 5' each?

Rachel Young
Posts: 5
posted 4 years ago
Thanks, Daniel. That's what I had feared re: the metal pipe. Bricks, it is. Accounting for my elbows, the run is about 28'. I had wanted to come out of the house near to where my barrel goes, but that might be flexible.
thomas rubino
rocket scientist

posted 4 years ago
Hi Rachel;  I see Daniel has already answered your questions while I was writing mine. Let me confirm them and add a few you haven't asked yet.
#1)  Yes insulate under the mass . Away from the manifold it can be a straw cob insulation no need for  perlite /clay
#2)No on the stove pipe it will just burn out.  Besides I thought you were going to use a brick chimney ?  If you can afford it, the 5 minute riser is the newest innovation. Then you would need a 10" stove pipe and ceramic fiber blanket to build your riser.
#3) Yes , it is common to contain your riser insulation with old stove pipe ,if you are insulating with perlite. If you are wrapping with rock wool then no need to wrap as it can take the heat.
#4)rivet's will not work use tie wire.
#5) 50' horizontal with a 5' deduction for each 90 degree bend. Use as much as you can but do not try to go extra.
#6) use black pipe when you leave your manifold and again when you come up out of your mass.  Use 5' lengths of hvac pipe to travel thru the mass.
#7) Use as much rock in your mass as you can.

Keep us posted, lots of photos , ask every question you have.