Suggestions for what to plant?

Jeanine Gurley Jacildone
pollinator
Posts: 1459
Location: Midlands, South Carolina Zone 7b/8a
36
posted 9 years ago
This area is roughly 200’x50’.  Behind it is ¼ acre of scrub which we plan to fence and put a couple of goats in eventually.  A well is being dug in this area next week.  With the exception of the scrub, this area is the farthest back from the house.

I have some ideas about what I want to do with this area but I would like to see what all of you might come up with.

The two tall trees to the left are pecans; the area receives full sun, very hot, humid, dry ground all day.  I want to be able to pull the bird cage around in between whatever I plant.

This is the midlands of South Carolina so our growing season is year round, some plants go dormant but there are others, such as root crops, greens and clovers that can grow through most of the winter.

Would love to hear suggestions – you might have an idea that I never thought of. 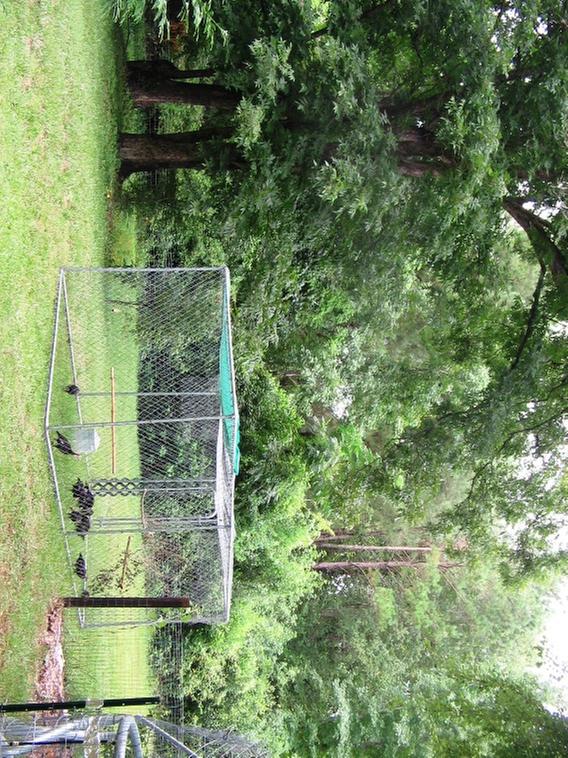 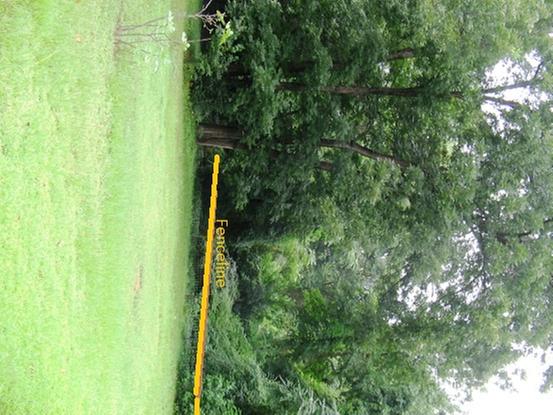 Brenda Groth
pollinator
Posts: 4437
Location: North Central Michigan
29
posted 9 years ago
i would plant fruit trees that are hardy in your area spaced properly, edge the area with brambles or other berries, plant perennials below the trees and maybe some herbs and consider some vine fruits ..

Jeanine Gurley Jacildone
pollinator
Posts: 1459
Location: Midlands, South Carolina Zone 7b/8a
36
posted 9 years ago
Thanks!  I'll go ahead and list what I have in mind - I'm just wondering if there might be something I haven't thought of that might be better.

In front of the pecans, two eleagnus (as nitrogen fixers) and two or three blue berry.  I already have the young eleangus (spell?) started and ready to be moved.

Then in front of that two, possibly three, apple trees - maybe one pear and two apples (we have pollinators for pears nearby and I have 4 more apple trees.  The fruit trees would provide the shade needed for the blueberries.

In front of that - now in full sun - I don't know yet.  could leave it open for corn, more garlic or other annual vegetable crops.  I could also put in a small (300-400 gallon) water feature for toads, lizards etc.

In between each of these 'rows' the space will be wide enough to pull the chicken and turkey tractors.  In these paths I want to seeds all manner of stuff - clover, millet, rye, dandelion, vetch, etc. - the things the birds love.

I already have 5 muscadine (southern grape) vines and a thornless blackberry patch elsewhere.

Posts: 7926
Location: Currently in Lake Stevens, WA. Home in Spokane
323
posted 9 years ago
That far south of the Mason-Dixon Line, I believe it is obligatory to plant sweet potatoes, okra and black-eyed peas.

For the shady areas, two plants that thrive in an open shade environment are Pawpaw fruits, and "ramps" (wild leeks).  They both do very well in the humid southern areas.  Ramps are commonly grown in SC, but have had some recent publicity in the north.  They are now bringing premium prices from gourmet chefs.  Once established, they are perpetual...like multiplier onions.

Another crop that once was a part of every southern homestead, but is now getting rare are potato onions (Tater onions).  They are technically in the shallot family, and they will store longer than any other onion...this years crop will hold over until next year's crop is ready (if you store enough)!

By the way, those pecan trees look beautiful!

EDITED to add:
You owe it to yourself to check out this link:
http://www.state.sc.us/forest/nur.htm
Jeanine Gurley Jacildone
pollinator
Posts: 1459
Location: Midlands, South Carolina Zone 7b/8a
36
posted 9 years ago
I forgot all about ramps - just for clarification (there are a few things called ramps)  these have an onion looking bottom, a sort of flat green leaf and the smell is overpowering?

I did see some in N.C. but didn't know they would grow here.  N.C. is just different enough to give them another class of things to grow.  But I love ramps - always makes me think of skillet fried potatoes and bacon.

I check out the tater onions - never heard of them but I like the sound of it.

Jordan Lowery
pollinator
Posts: 1528
Location: zone 7
18
posted 9 years ago
john we have some shallots that store better than onions too. they store for about 9-10 months. and taste better than any onion ever wished it could taste. the gophers dont seem to care for them either, they just make tunnels under the bulbs or go around them. they don't look like the ones when i google potato onions though. more like teardrop shaped.

Alex Brands
Posts: 55
1
posted 9 years ago
I'll second the paw paw suggestion, and add persimmons, both Asian and American, along with some kind of mulberry.

Posts: 7926
Location: Currently in Lake Stevens, WA. Home in Spokane
323
posted 9 years ago
The tater onions are getting hard to find.  Last year there was a company (tateronions.com) that had a crop failure, and this year their website is gone.
SESE (in VA) still sells them:

The wild leeks (ramps) look like scallions with flat leaves:
http://www.rampfarm.com/catalog.htm
Jeanine Gurley Jacildone
pollinator
Posts: 1459
Location: Midlands, South Carolina Zone 7b/8a
36
posted 9 years ago
YES!  Those are the ramps I'm talking about.  Didn't know where to find them.  God they make you smell like a funky sock but they are so good.  I may have the right spot back there - it will be touchy here because of our heat but it is worth a try.

Posts: 7926
Location: Currently in Lake Stevens, WA. Home in Spokane
323
posted 9 years ago
It is interesting to note that they are native to all of the south except FL and SC.
I know people in upstate NY that say they are native (but scarce) there also.
Pretty much native to Appalachia.