posted 1 year ago
I wasn't sure which forum to put this in since it touches on several areas.

I am in the process of removing an old pond/fountain combo that we installed on the property when I was a kid.  There was pond liner in the upper layer and LOTS of rocks.  It became quite overgrown over the years and then my parents revitalized it a bit with adding a small tiered pool/fountain area in the middle.  The birds and frogs loved it and they kept goldfish in it.  My mom did the maintenance though and when she died, it was completely neglected.

I had initially thought I would clean it out and re-install a pond but after getting input from my siblings and thinking about it further, I decided I didn't want the water feature risk to the babies which my family members keep having and bringing for visits. ;)  We get enough rain that I don't have to have it for the water retention / addition aspect.

The area itself is special to me.  My mom's ash site is right next door, her favorite fruit tree, etc.  She loved to sit on a nearby bench she built and watch the birds and insects enjoy the water and area.  I would like to put something here which would encourage similar.  And you can probably see there is a rosemary plant in one side that I would like to keep there.

There is some flowering cover crop plant - not sure what it is.  It lifted in a nice sheet so I could get the rocks out and either that or the grass that's surrounding the area would probably take over if left unchecked.  I would like to add some flowers, I think.  Lavender, maybe?  I know how much bees love that.  I have plans for food in lots of other sunnier areas so don't need/want it here especially.

There is an apple tree right next to this with somewhat overhanging branches.  The soil is pretty clay heavy underneath but the upper layer is pretty rich, I think, and had worms.

I'm including some pictures of the before project and how I left it after my winter break (ran out of time!) as well as a soil picture.  I discovered a frog in the pools when I was there and didn't want to disturb it when I wasn't sure what my next steps would be.  I also piled all the rocks I dug out up and made a lizard condo.  :)  Some of the bigger rocks are still in the area - I wasn't strong enough to move them too far (in a couple cases, the hole was too steep and I couldn't get them out of it.  My brother will help me with moving them when he visits - probably in the spring.  Ideas on what to do with them?  Ideas on what to do with the couple gallons or some of small river rock in the bottom of the pools?)

I would appreciate any input / suggestions for adding some lovely plant life or improving the area.
pond-before-3.jpg 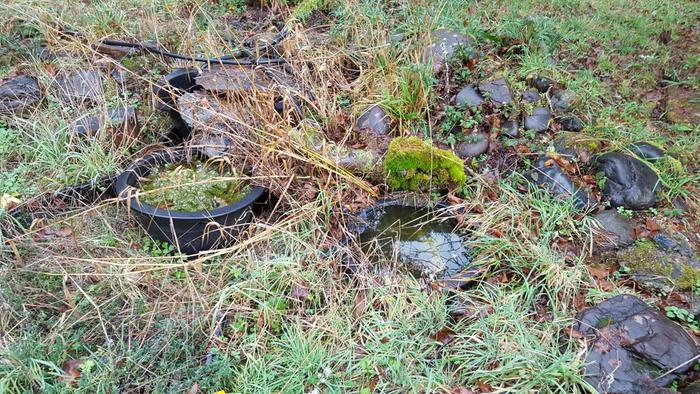 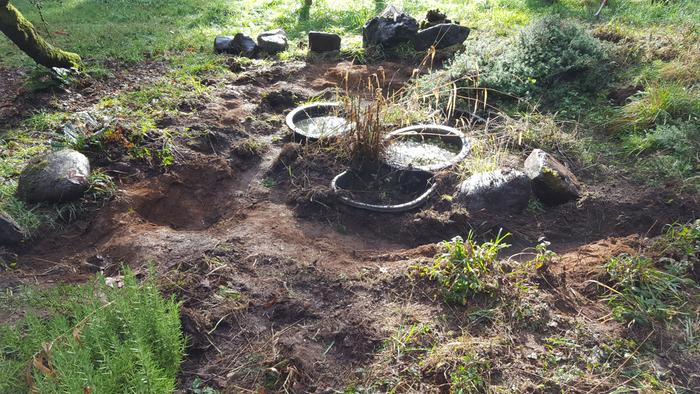 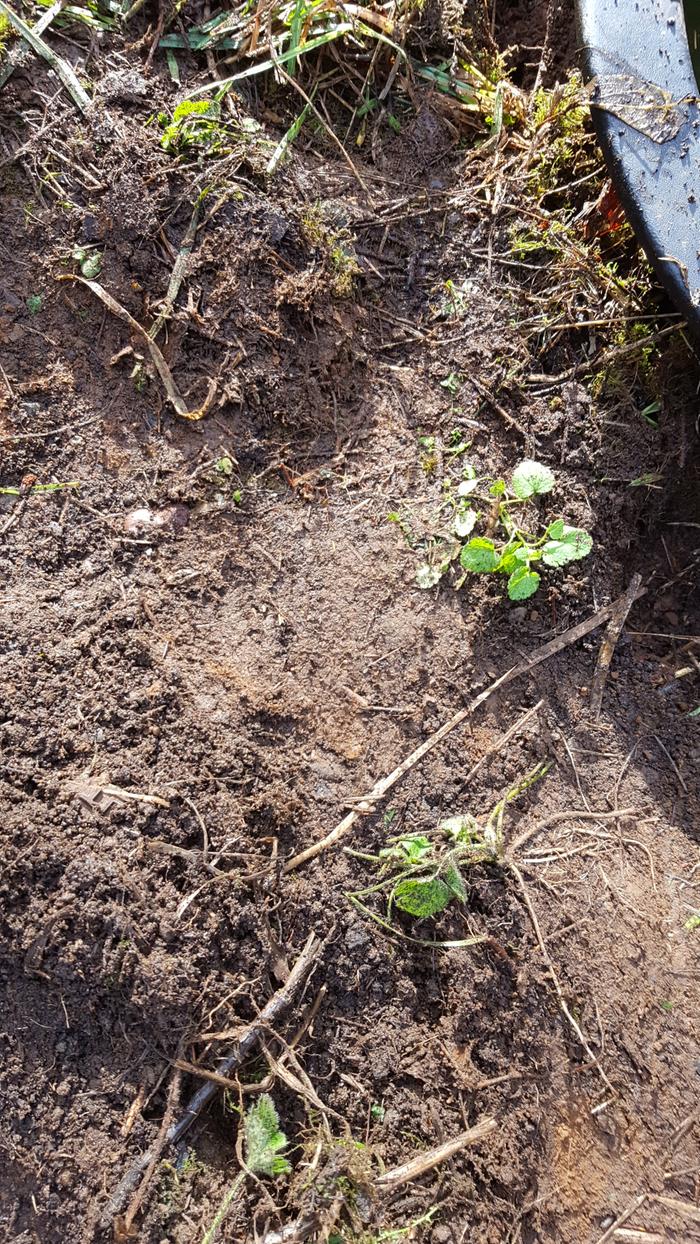 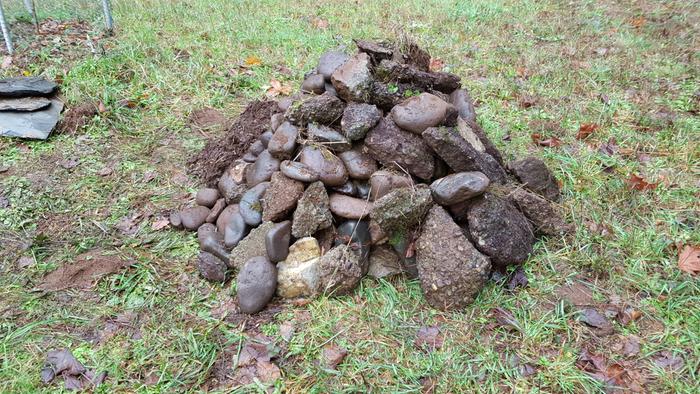 D Nikolls
pollinator
Posts: 1577
Location: Victoria BC
229
posted 1 year ago
What about a bird bath? Still a wildlife-attracting/aiding water feature, but could be baby-proof.. it would ideally need periodic filling, but shouldn't be an eyesore if empty...

posted 1 year ago
I saw a pond feature that had been filled with rocks so that there was only an inch or so of water.  Critters could still get a drink.  When sitting outside in the evenings, tea lights were put in to reflect on the water as the "pond" was near the deck.
Morfydd St. Clair
pollinator
Posts: 213
Location: Hamburg, Germany
53
posted 1 year ago
It sounds like you have electricity out there for the existing fountain, and a water supply.  I googled "bubbling rock fountain" and got this site:  http://www.bluethumbponds.com/bubbling-rocks.html

(I have no association with that site, but it has lots of pictures you might find inspirational!)

This would be kid-safe, low-maintenance, possibly be useful for the birds, and be soothing for the garden.
Bryant RedHawk
gardener

posted 1 year ago
Other than Tina's great idea.

simply start planting Heather and Lavender, these will grow and take care of the desired flowers, if you like them you could also add thistle plants in one end, just be sure to keep thistles trimed up so they don't spread everywhere.
This way you don't have to do anything else to the area but add plants, the plants will die back in winter before they regrow in the spring so you will also be adding organic mulch/composting materials just by letting it grow per nature's methods.

Since it sounds like you want to still honor your mother's design, letting her work be the base for a new flower bed would be a great way to have what you want and what she liked together.

posted 1 year ago
Given the worldwide decline of frogs, I'd encourage reinstalling a pond with all the typical features that mimic natural habitat.

However, to keep it kid safe, the pond could be covered in steel mesh - concrete reo - until it's not needed any longer I.e. The kids grow to a responsible age. Or, the mesh just becomes part of the design, easy to remove for maintenance.

posted 1 year ago
Thanks for all the great suggestions!

The acreage is wet enough overall, including springs and some swampy areas that frogs have lots of natural habitat farther from the house. And the babies are now having babies so planning for adults isn't an option. But I like the idea of filling water feature with rocks so there is some shallow water. Maybe I will keep one of the pools that is already there for it.

There isn't electricity to the area, just a hose that can be turned on and off. (Redneck fountain. 😊)

Thanks for heather and lavender suggestion. That is a great combination to try and I will do that. Suggestions on where to purchase?