evaldas effka
Posts: 7
Location: Lithuania
posted 1 year ago
Hello, I have some problems with my mandarin tree plants. There are some white worms or somthing else in the ground and I don't know. What is it and it is good for my plant?
Thank you for help!

PS sorry if there are some english mistakes

posted 1 year ago
Hi Evaldas! Welcome to permies! Your english is fine!

I did a little search, and I think the little worm might be fruit fly larvae.

I think it might be a little cool to take some soil and the worm and watch it grow up in a little glass jar, as a science experiment to watch its life cycle.

I think it might be too early in the mandarin tree's life to know what may or may not be a problem. I think planting the mandarin tree with lots of flowering plants might help to mitigate any potential pest problems.

evaldas effka
Posts: 7
Location: Lithuania
posted 1 year ago
Ok, I understand, but maybe you can give me some flowering plants example? And of course some tips about mandarin tree growing would be wonderful 😀
Tereza Okava
gardener

posted 1 year ago
are there any white things on the tree itself, or only on the soil?
particularly, did it fall off your tree?
I agree, put it in a jar and see what it becomes.
As for flowering plants, not sure what Dave has in mind but I have oranges and lemons planted in large pots together with marigolds (tagetes) in the same pot. it doesn't keep everythign away, but it keeps the dirt surface covered (less stress on the orange) and the chewing insects don't like the smell too much.
Dave Burton
steward

evaldas effka
Posts: 7
Location: Lithuania
posted 1 year ago
Those white things are not on the plant, they are living in the ground and sometimes going out into the ground surface.

As you said about flowering plants, should I plant them together in same pot (for example basil and mandarin tree), or seperate them to different pots and hold close each other?
Dave Burton
steward

posted 1 year ago
How stable is your housing situation?

If it is possible to make long-term installations on your property, I think planting the mandarin tree outside and the flowers in a circle around it would be awesome, because then, fungal and root associations could start to develop, as well. The plants would be able to talk with each other.

If it is not possible to make more permanent installations, I think whatever you can do will work! If they are in separate pots, I think the benefits of attracting beneficial insects and repelling pests will still happen, because I think those parts are more scent based . It's like the plants send out pheromones of some kind. I might be concerned about the plants crowding each other if they're sharing the same pots, so, if there is something you like to cook with that is highly aromatic, like basil, thyme, cilantro, parsley, or garlic, then, I think it could work having them in the same pots. Because, I think those plants grow pretty quick, so being around to harvest a little of them every couple to use in your cooking ought to keep the plants in check.

evaldas effka
Posts: 7
Location: Lithuania
posted 1 year ago
ok, thank you for answer, I'll see what I can do, at least now I know the way I should move
evaldas effka
Posts: 7
Location: Lithuania
posted 1 year ago
Hello again, have some new problems. I solved last problem just replanting them, but now I have another one (see in photo). Mandarin tree leafs aren't looking good, whats wrong? I left theese plants 1 month for sister, becouse I was gone for a while, but something went wrong. She was watering every 4 days. 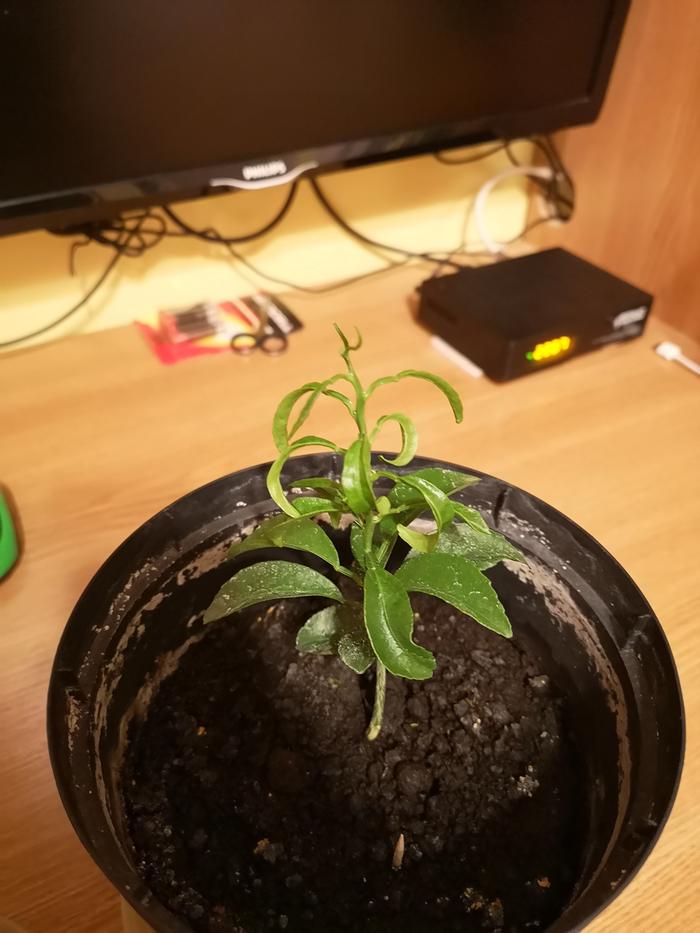 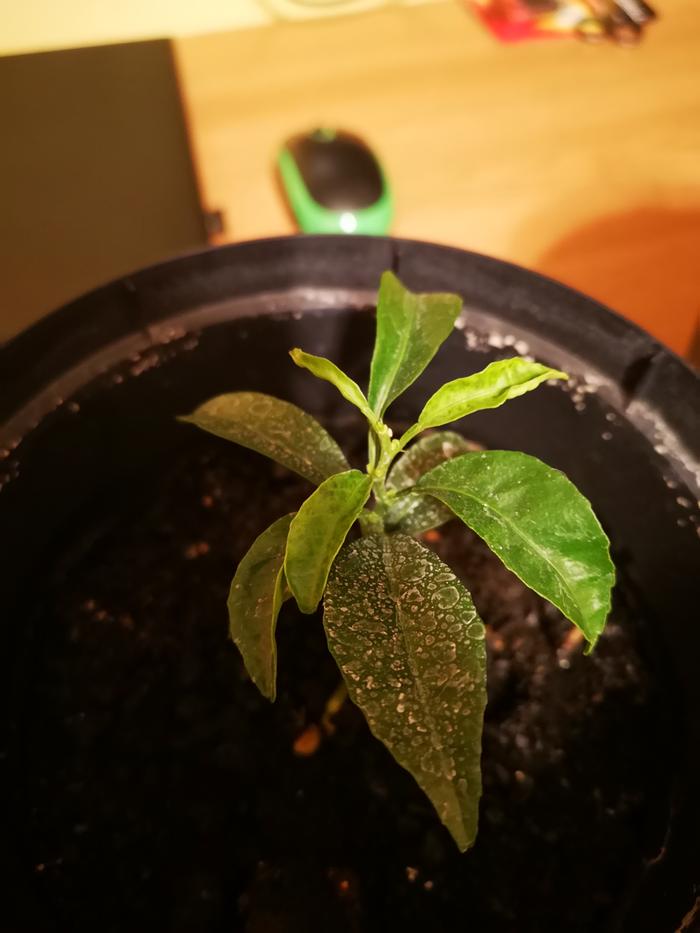 posted 1 year ago
it's always a bit tricky to get all the details with a picture, but if you are worried about the white spotty stuff on the leaves that appears to be water residue. or to try to put it better - theres something in the water source thats been used that is leaving a residue.

it could be that your sister's water source has some thing dissolved in it, when she watered with that it got on the leaves. then the water evaporated, whatever was included in that water didnt evaporate.

anywho i have seen this before myself, from well water....and thats what it looks like in your pic. if this is correct, it should be able to removed by cleaning off the leaves...as its just some slight residue on the surface and not any sort of problem. 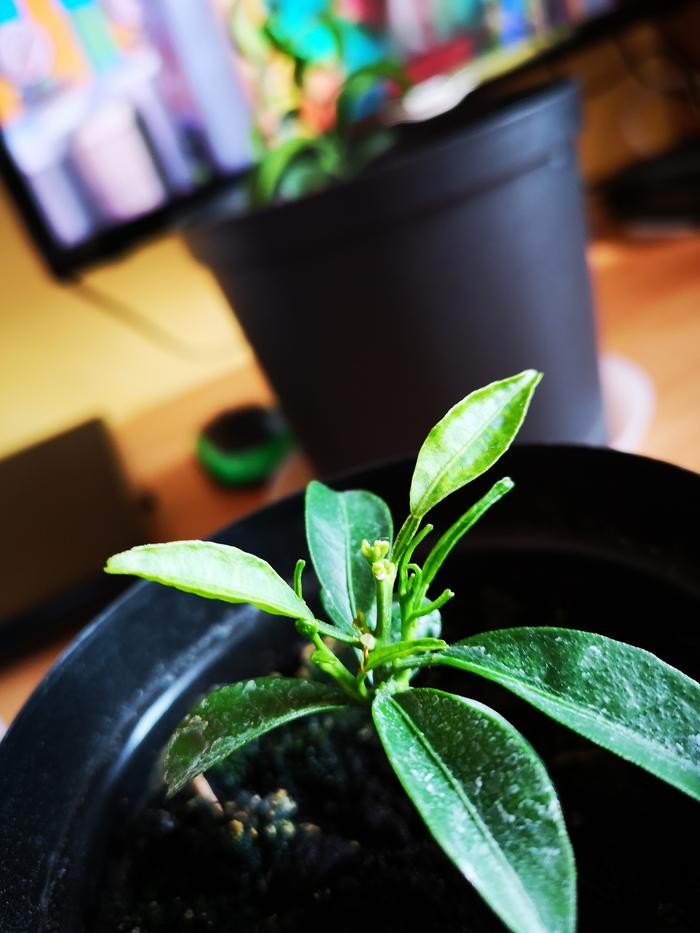 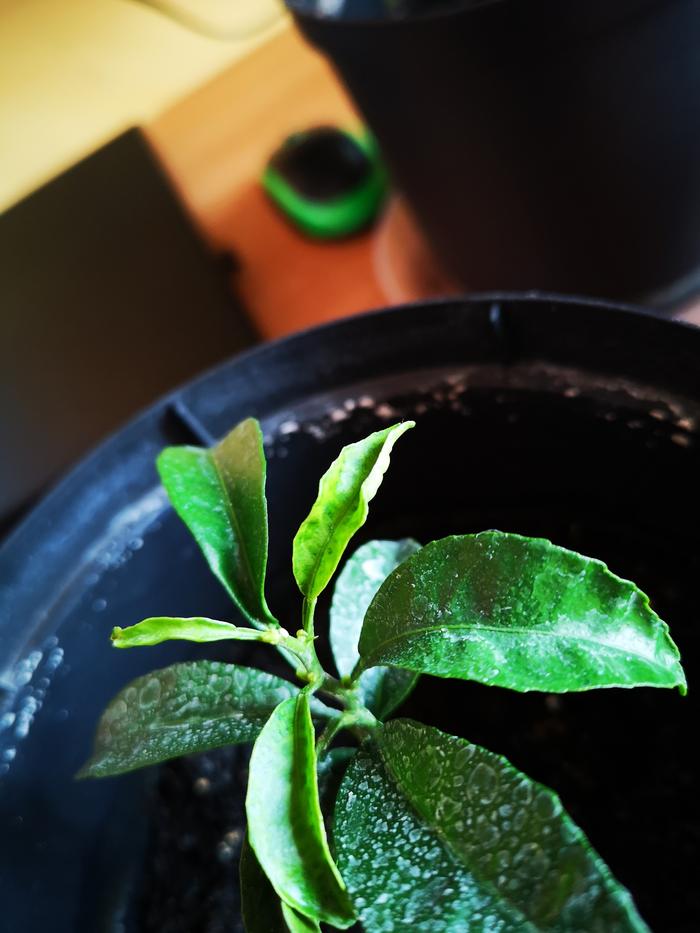 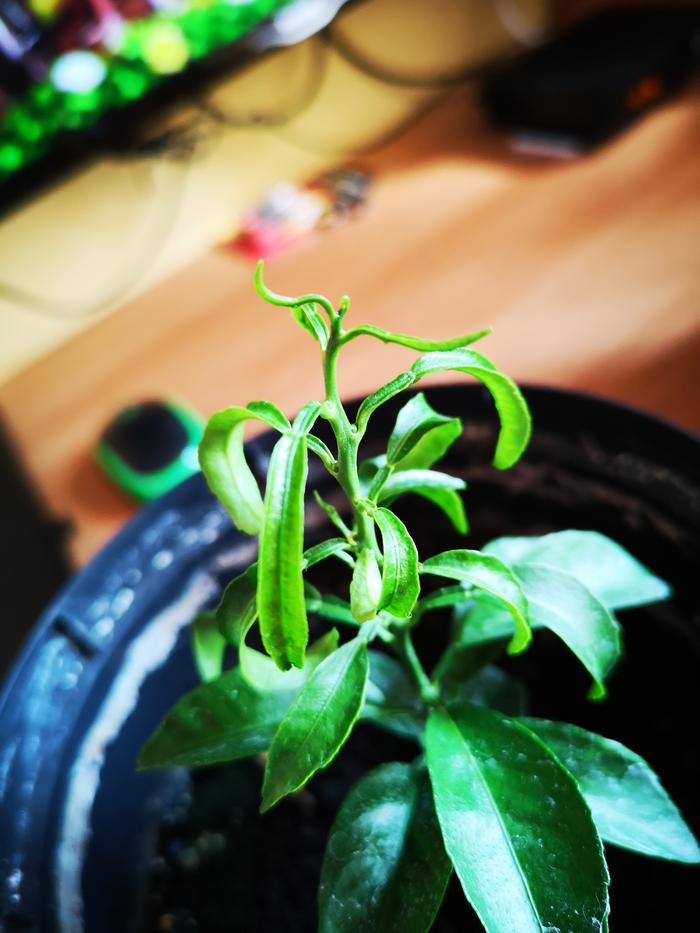 evaldas effka
Posts: 7
Location: Lithuania
posted 11 months ago
Hello, It's me again, and need some advice how to take care my mandarin tree in cold season, becouse all tree leaves get brown and falling down... Does it survive until spring?