posted 1 year ago
Trying to narrow down what's killing my chickens.

Two chickens killed, one week apart, broad daylight. Both found with stripped neck feathers (broken necks) and breast feathers pulled with some breast meat eaten. One was within a fence, one just outside a fence in my driveway. One partially disemboweled.

My understanding is that most daytime predators (fox/coyote) would carry off the kill to eat/stash in a safer place. In both cases, the predator only ate some breast meat at or near the kill. And did it while someone was home, moving in and out of the house.

Property is wooded on one side, busy highway on the other. So something is maybe coming out of the woods but not taking the carcass back in. Opossum or raccoon would not theoretically do this in daylight, even though I suspect a smaller predator that couldn't easily move the carcass. NW Missouri. Never heard of weasels around here. Raptors are a possibility (just hard to believe an adult chicken would be a target and both kills were under/around some amount of tree cover.
73074802_472042073652734_98212136689336320_n.jpg 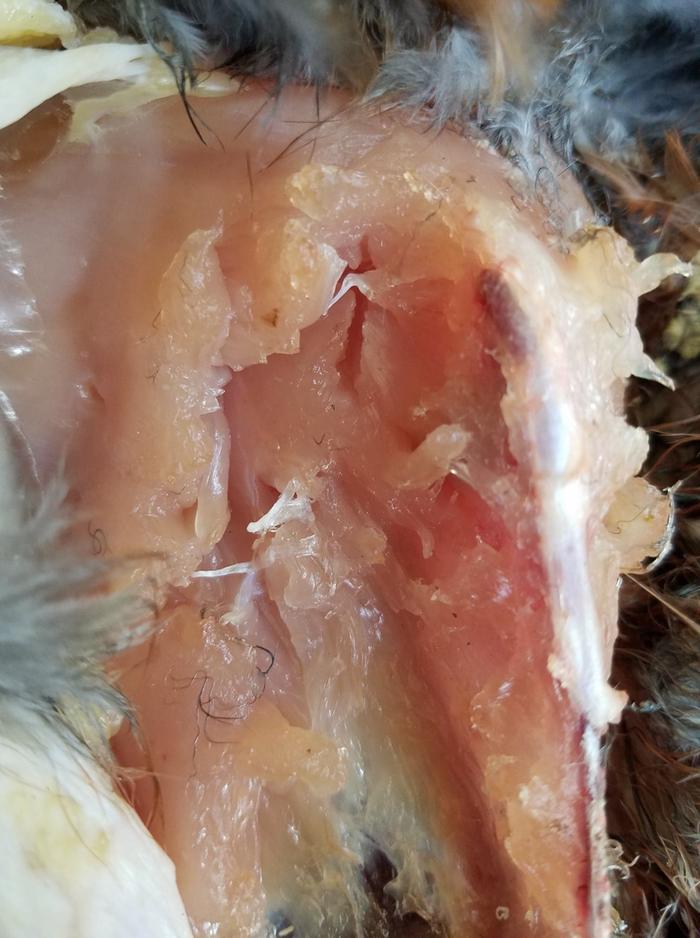 posted 1 year ago
Could be a raptor.

I had a hawk take heads off several adult chickens. I have a guardian dog which might explain why breast meat wasn't taken too.

bruce Fine
Posts: 859
25
posted 1 year ago
i second the raptor theory, bite marks are singular, look like a beak. redtail hawk maybe would do that
Sam Stephens
Posts: 20
Location: Central Texas
2
I like...

bruce Fine wrote:i second the raptor theory, bite marks are singular, look like a beak. redtail hawk maybe would do that

Raptors will seldom attack a full grown chicken. A racoon is a fiendish chicken killer and one of their signatures is eating the breast and leaving most of  the remaining carcass intact.  They are mostly nocturnal so the fact does not fit.
Skandi Rogers
pollinator
Posts: 1418
Location: Denmark 57N
403
I like...

posted 1 year ago
Would a Cat be a possibility? when I've seen them take pigeons they eat it like that. Never seen one go after a chicken but I guess it would be possible.