We're building our first RMH to heat our 1440 square foot house (still under construction but dried in).

Building an 8" J tube style per Ernie and Erica's Builder's guide but we had a couple of questions.

First - should we leave more than 2 inches between the top of the heat riser and the barrel? And if so, how much?

Second - the book talks of putting a stove gasket to seal between the top barrel and the manifold barrel. We're using the lid ring to join the barrels but should we put the gasket between the two barrels or between the barrel junction and the ring?

Thirdly - Does the manifold look OK? I was hoping that I could just use cob to seal up the gaps between the manifold and the fire brick? 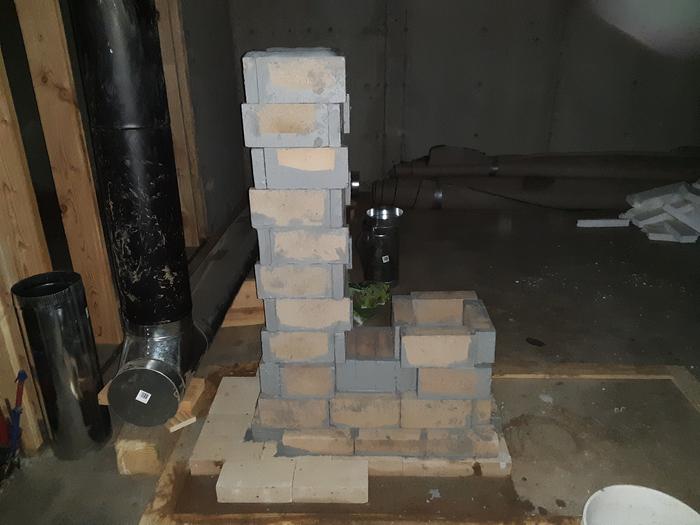 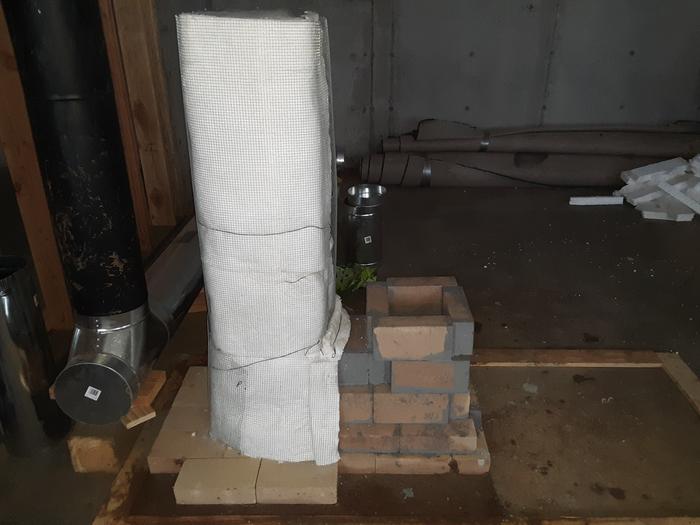 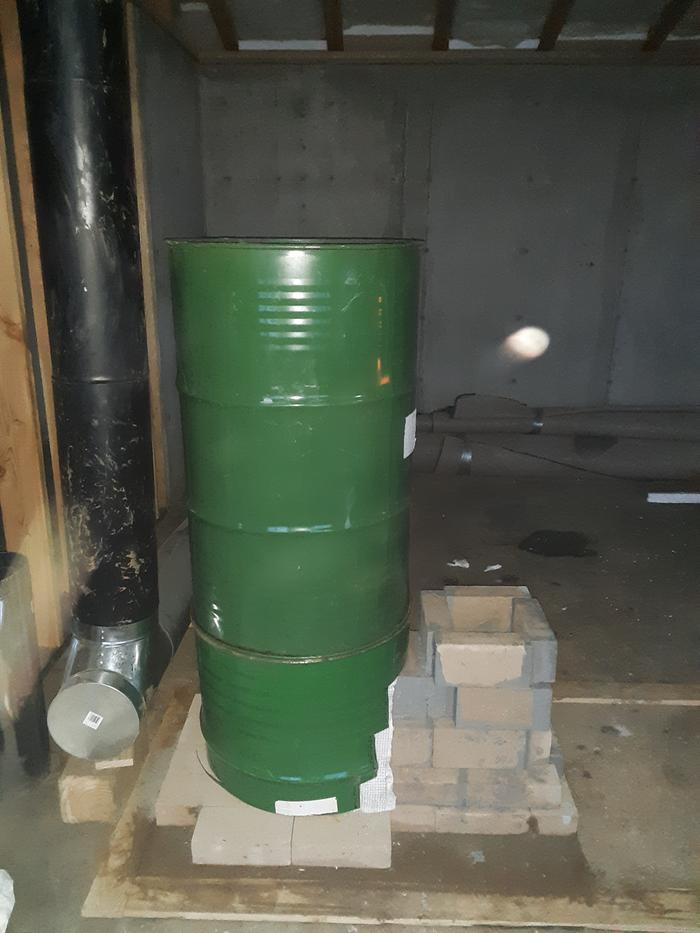 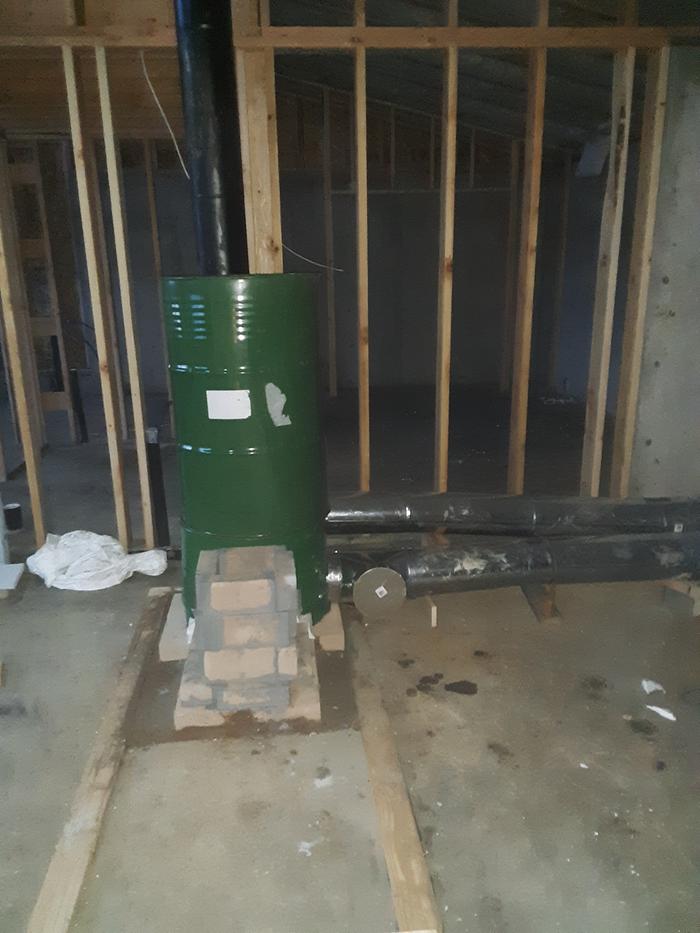 
Hi Penny, Your on your way to a nice looking heat source for your new home!

First - 2" will work as a minimum but has been found to be a bit of a pinched area especially when the ash starts building up on the top of the riser, reducing the gap and slowing the draft. If your not going to use it for cooking where you really need a hot spot (read cherry red) then it may be worth adding an extra inch or two to help keep this problem from happening.

Third - From your pictures its hard to know how big your manifold is. Off the cuff, it looks cramped. Manifolds should be spacious to allow the downward flow of exhaust gasses to make an easy transition to the horizontal pipes. There is a post that deals with manifolds here: manifold pictures

Also, before firing up the system, please don't forget to remove the paint on those barrels. :)

Penny McLoughlin
pollinator
Posts: 203
160
5
posted 2 years ago
Thanks for your input!

Yes, I am burning off the paint right now. Just decided to cut the manifold piece out before doing the burning so I'd have less to clean up.

Interesting about not seeing the manifold done with a 55  gal drum piece. That was what was recommended in the Builder's Guide. I see what you mean about the amount of space in other manifolds though from the pictures that you linked.

I believe that the book recommended at least 3" of clearance between the insulation on the  heat riser and the beginning of the horizontal stove pipe and I have about 3.5 inches but the ceramic fiber insulation seems like it takes up a lot of room. I have the insulation lined with hardware cloth on the outside but maybe I can squish it back closer to the heat riser and gain another inch or so.  All the projections on the fire brick make it stick out a bit from the heat riser too.

posted 2 years ago
Hi Penny;
Was just reading your post and I realized that you appear to have ceramic fiber blanket wrapped around your riser ?
If so how, thick is it ?  And how big a piece do you have ? Is it Morgan superwool ? Or the cheaper ceramic blanket from ebay?

You might be able to replace that firebrick riser with a new innovation known as the "five minute riser"!
Made with ceramic blanket inside regular stove pipe!  Takes 5 minutes to make and fearlessly handles the heat of a batch box!
Here is a link to a post here at permies explaining about ceramic blanket. https://permies.com/t/93198
And one about the riser https://permies.com/t/95849

Check them out and see what you think. Would free up lots of room inside your barrel!

Thanks I'll check out the pipe wrapped in blanket idea.

posted 2 years ago
The manifold area seems a bit tight to me. Though you left a 3.5" gap between the riser and the pipe, the manifold area is located very close to the bottom of the barrel. The gases will be moving from top down and not necessarily the bottom up, so as they get sucked into the piping, only the top of the manifold may get used reducing your draft. I would recommend cutting a larger hole and using larger diameter pipe for the manifold section or just constructing a larger manifold from cob or brick before it enters your pipe.

Seconding Gerry and saying to add a few extra inches to the gap between barrel and riser.

I squished down the ceramic fiber blanket and was able to get 4.5 inches of clearance but I'll check around and see if I can get a larger pipe for that section.

I'd need to get it in a "T" thought to maintain my clean out access.