posted 6 months ago
I have an Asian Pear (Shinseiki) that always flowers weeks too early and I want to use it to graft other varieties.

Is it viable to graft a scion onto this tree even though the scion may not wake up for a month?

Any scion recommendations for Zone 7B Hot and Humid (North Alabama)?  Where to get?

Posts: 2821
Location: Officially Zone 7b, according to personal obsevations I live in 7a, SW Tennessee
999
I like...

posted 6 months ago
I am not sure. But I am bumping your thread, hoping a permie with experience will chime in.

posted 6 months ago
Thanks. I stumbled into the paper from the rare fruit growers in California.  It seems that as long as the buds are not growing, which they have stopped, I can use them to graft.  The Asian Pear has more flowers but I will graft tomorrow and see how it goes.
Filename: How-to-Collect-and-Save-Scion-or-Bud-Wood.pdf
Description: CRFG Paper
File size: 415 Kbytes

whip and tongue grafts when scion and the rootstock is close to the same diameter.

Cleft graft for a super quick graft. 30second graft.
I do these on random public Bradford pear trees.

And when you’re doing a rootstock or top working an existing tree.  I tend to do a bark inlay graft and put a stick of scion every 2-3” around the circumference of the rootstock.

Here in the picture a single stick of  pear scion wood was grafted using a bark inlay graft in the spring of 2019.

The original tree was a naturally occurring wild seedling pear tree out in my pasture.
I grafted the eating pear at 5’ high to avoid deer pressure as the scion leafs out.

Using such a large “rootstock” and trimming off any growth other than the growth of my scion this particular scion grew in excess of 6’ in a single year.  Even after pruning multiple times to keep the scion from breaking.


Dennis. If you’re somewhat close I can hook you up with plenty of pear scion. 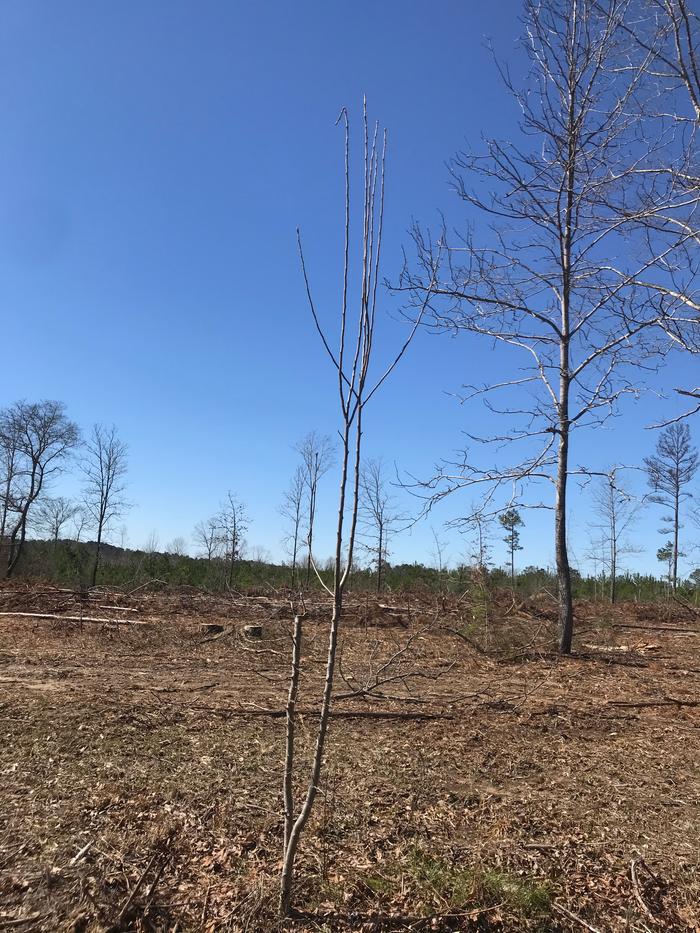 posted 5 months ago
Thanks for the offer. I have harvested several bags of Asian Pear scions (Korean types). I did the grafting this weekend. I did an Oblique Cleft graft on 5 branch stubs. Now to sit and wait.
I hope some of the local people will do their Bradford and Cleveland Pears but  no takers so far.
20200216_161319.jpg
20200216_162918.jpg