Roy Long
pollinator
Posts: 120
Location: North Idaho
62
posted 1 year ago
Six years ago I raised hogs for the first time since I was a kid, hoping to have a much cheaper source of meat.  I raised 15 hogs and sold/traded off 11 of them to friends and for feed etc.  In the end when i calculated out my cost my meat was costing us $1.00 a pound.  Admittedly it was very good meat but the amount of time and work and still paying $1.00 a pound just didn't seem worth it too me.  My wife has a lot of medical issues and is on bed rest most of the time and I don't have a lot of extra time or energy to waste, not too mention money...

When we were at the livestock auction buying the weaner hogs I noticed a number of large boars and sows in the 600 to 800 pound range going for literally a penny a pound and even at a penny a pound several of them did not sell.  After calculating the cost of raising our own pork I thought I would go back down to the sale yard and just see what I could do with one of the oversized hogs going for cheap.  I bid on a 660 pound hod and got him for 1 cent a pound ($6.60).  I loaded him into my horse trailer and hauled him home.  I still wasn't real sure how to go about slaughtering and processing such a large hog so I fed him 10 pounds of apple pulp a day from our apple trees and another 10 pounds of soaked wheat and lentils.  After 3 weeks of feeding him I got brave enough to slaughter him.

This is the 660 pound boar after I removed the head and loaded him on the truck to haul to our covered porch for the rest of the work. 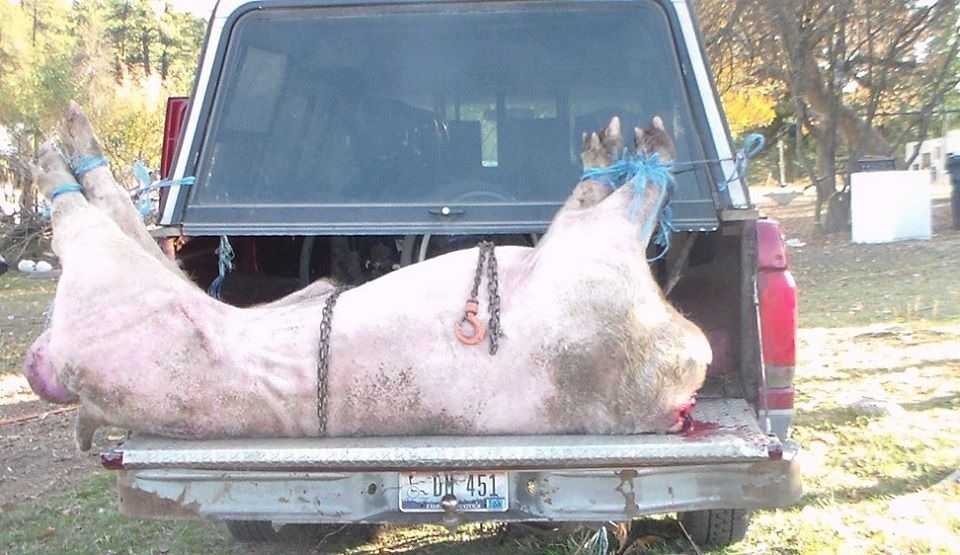 Some of the meat processing process... 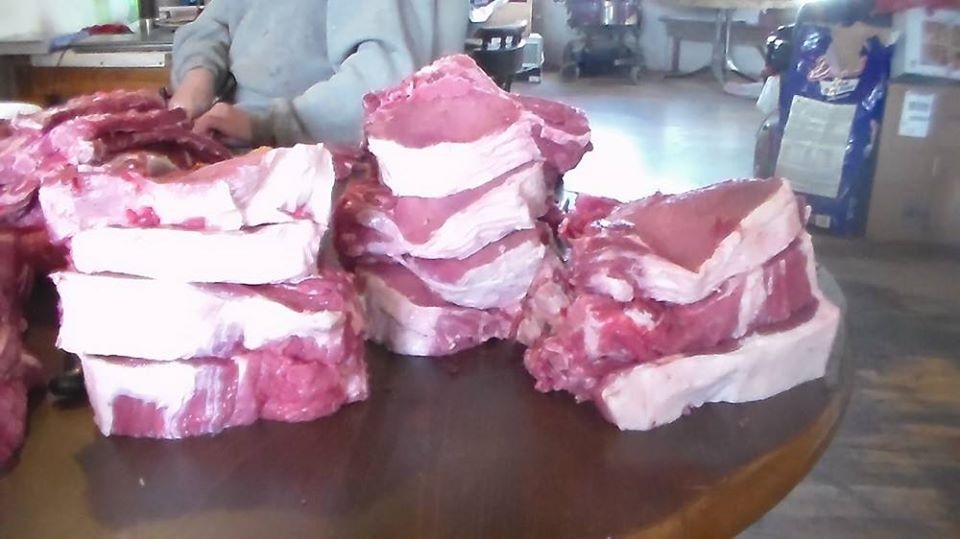 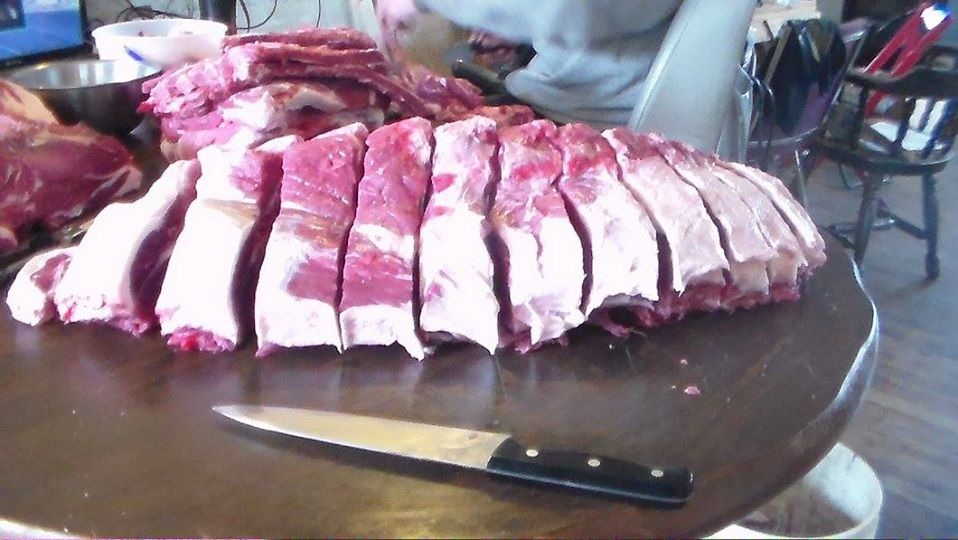 When we finished with this hog my price per pound came out at about 10 cents a pound and it was some of the best meat I have eaten...  Since then we have boughten many oversized hogs at the sale yard some for even less than a penny a pound.  I found if I don't bid and no one else bids then they will generally just ask if anyone will give $5 for the animal.  I once bought a 970 pound sow for $1.00....

Just thought I might put this out there for people needing an affordable source of meat.  I know different regions and sales will have different prices, but in general you can get a pretty good deal on these oversize boars and sows.
Neil Moffett
Posts: 22
1
posted 1 year ago
You got a great deal AND you let your soft heart have its way and gave the pig a nice comfy last few days.

Tip of the cap to you pal.
Annie Lochte
pollinator
Posts: 117
Location: The Ocala National Forest. Florida, USA
19
I like...

There are a few different reasons for the difference in price.  Slaughter hogs in the 250 pound range all have about the same size parts ie meat cuts.  With them all the same size it is a rather standardized process for processing the meat.  When you star getting over that size the machine settings and the knowledge level of the workers has to change.  When you start getting into the big hogs 600 to 1,000 pounds there is also an issue of equipment being large enough and heavy duty enough to do the job.

Just as an example, on a 700 to 800 pound hog my hind leg hams can weigh in at 75 pounds.  Trying to get "normalized" cuts of meat becomes impossible with the increase in scale.  This why you get so much more per pound for slaughter size hogs than you do for the oversize hogs.  Some of these big operations can retire 2 or 3 dozen head of oversized breeder hogs a year so there generally seems to be a pretty good supply of them, here at least.