Joel Huppe
Posts: 17
posted 2 years ago
Hey, im getting ready to build my RMH and ive laid it out a few times in my space. Its tricky because I have a tight space and im building it around an inside corner of an interior wall that goes to the front foor, and is hallways that seperates the main living/cooking area with the mechanical room, washroom and stairs that go up. I will posts pictures bellow to show the area as well as measurments and different layout ideas ive had. Just looking for second opinions maybe some of you will have ideas I havnt thought off. 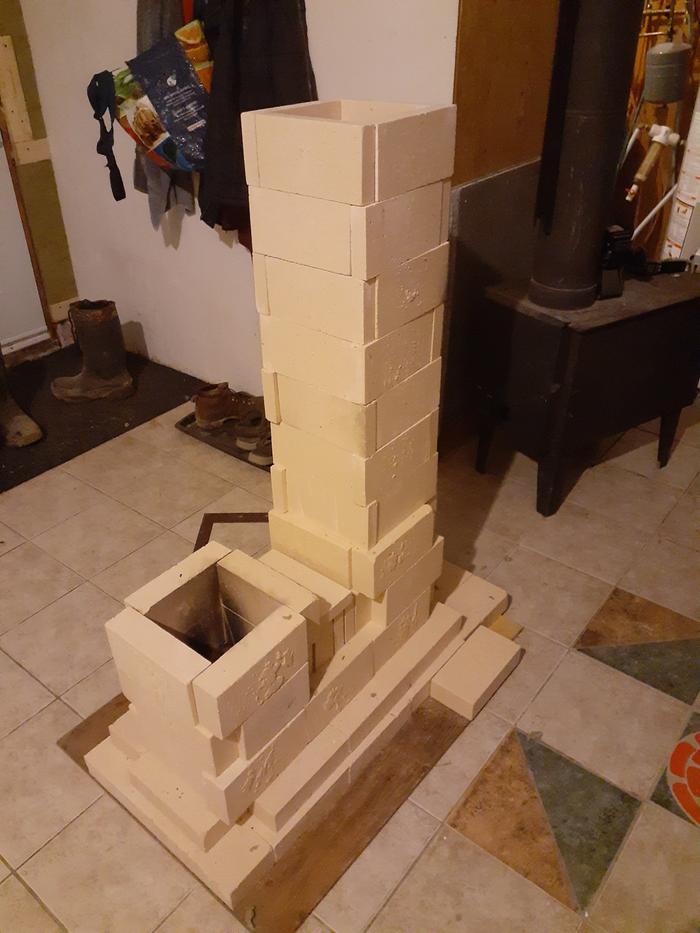 Joel Huppe
Posts: 17
posted 2 years ago
With the barrel. The udea is leave 4 inch aur space and then build a double brick wall behind the barrel to protect the wall and radiate heat with the ducts running along the woodstove wall and connecting to chimney
20200414_184345.jpg 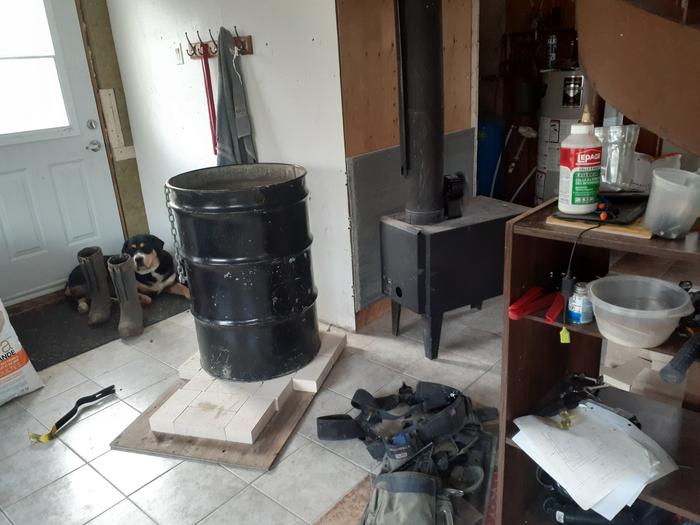 Joel Huppe
Posts: 17
posted 2 years ago
Other idea is to flip the heater around the wall to reduce the clearance by having the feed close to the wall and the barrel out in the living room
20200419_142426.jpg 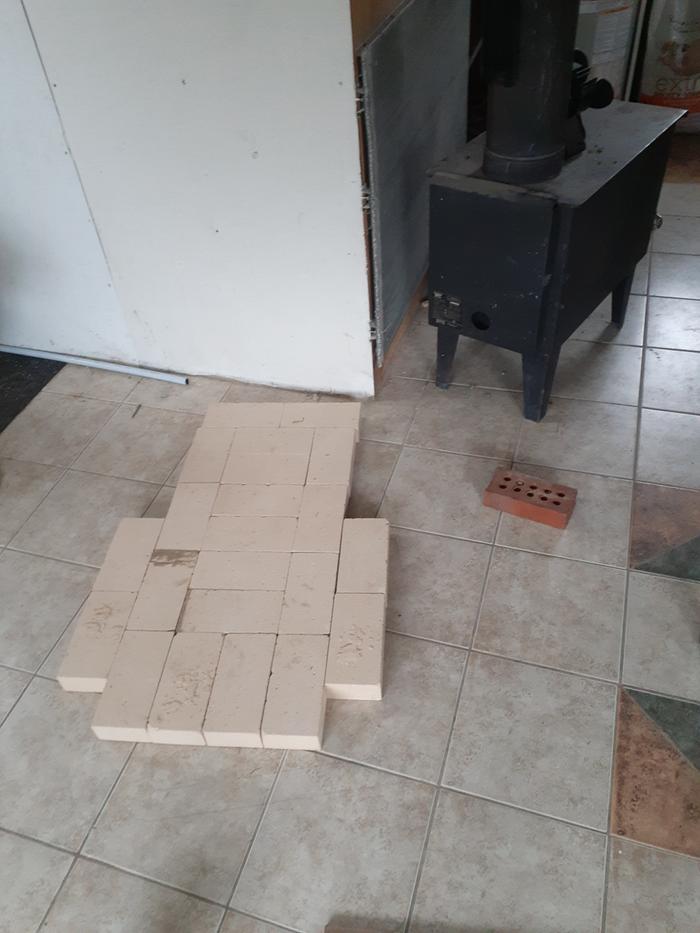 Joel Huppe
Posts: 17
posted 2 years ago
Moving the chimney is not an option because I dont have the funds right now but its already in the best spot going to the top of the roof and running indoors for a good 25 ft
20200419_142739.jpg 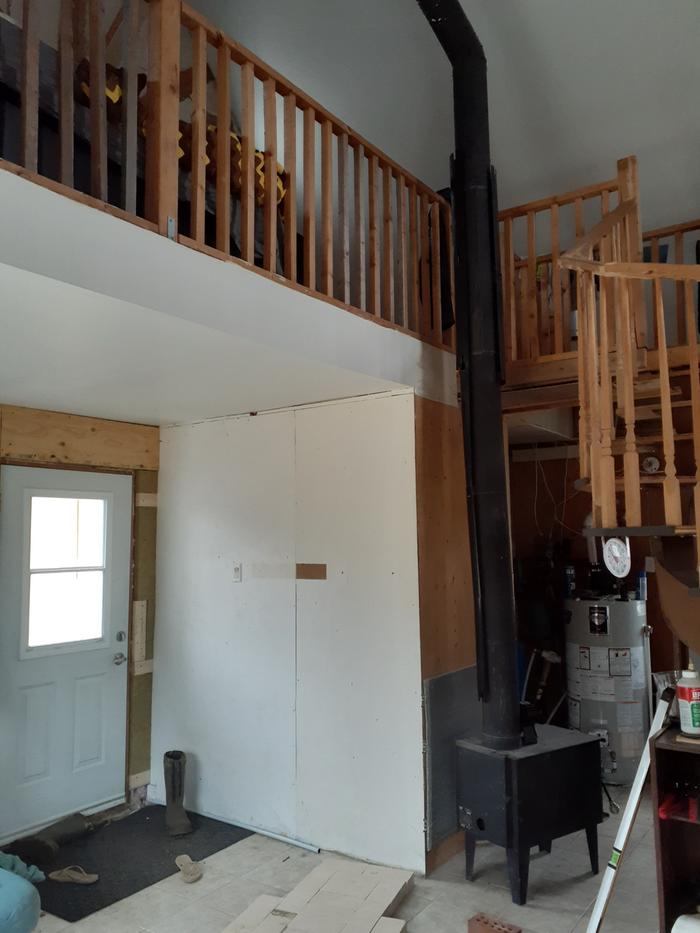 Joel Huppe
Posts: 17
posted 2 years ago
Another critical point is making the heater not stick out to much to block the hallway as it get tight with the spiral staircase at head height if you do and i dont want a hot barrel against a narrow hallway where people might rub against it and burn themselves by accident
Gerry Parent
gardener

posted 2 years ago
Welcome to Rocket Central Joel.  I like your first idea of having the feed tube facing the interior of the room much better. One reason is that J tube rocket stoves require you to be mindful of what they are doing all the time where you utilize both visual and hearing to know when it needs feeding next. If you don't see the wood or much light coming from the feed tube, it may need feeding. Likewise, if you don't hear it 'whoooshing', it may also need fuel or a giggle to get it going properly again. Secondly, I think your brick wall would make a nice secondary thermal mass as well and look quite nice as a backdrop.

Joel Huppe
Posts: 17
posted 2 years ago
Thank you Gerry. I like it better that way too but what worries me is the clearance to the wall. Theirs no way I can make it 18 inches that puts the heater to much in the way. If i do the double brick wall with 3-4 inch air space behind do you think thats safe ?
Mark Brunnr
gardener

posted 2 years ago
The bricks will absorb that radiant heat from the barrel, and could still get hot enough to slowly "cook" the wood in the wall, over time this makes the wood burn temp drop. Erica and Ernie's RMH Builder's Guide book suggests a piece of metal (I think) that stands off the wall by 2 inches (I think) so you get the insulation layer of air between metal and wall which can rise and keep the wall itself from being subjected to baking.

Joel Huppe
Posts: 17
posted 2 years ago
I dont have metal to do that but I have a sheet of cement board and some resilient channel metal strapping. Do you think that can do the trick ? So id have the double brick wall, about 3 inches air space then cement board off the wall about an inch
thomas rubino
rocket scientist

posted 2 years ago
That would do the job!  Better safe than sorry.

posted 2 years ago
I'd second Mark, a reflector screen works wonders. The effect of heat that's slowly charring the wall's structure means it could become a serious fire hazard. Reason for this: the self ignition temperature of charcoal is much lower as compared to wood itself.
My own mass heater is about 3" away from a plasterboard on wood frame wall which is filled with mineral wool also. In practise, during depth of our mild winters, the heater rear wall became far too hot to touch. The plasterboard wall became worrying hot and I decided to do something about it, preferably wihtout breaking down the heater beforehand. My first idea was to use a sheet of aluminum but that wasn't rigid enough. Than a piece of corrugated iron which was too much volume. Until I found a Lewis plate, common in Europe used for reinforcing a concrete floor on wooden floor beams. I mounted the plates on three aluminum strips, a little bit longer than the heater's width so I could manage to mount the assembly in place.

Net result: the steel is away from the wall, lots of air is able to stream behind it because it is about one foot from the floor. Thickness is just half an inch. During last winter the plate never reached a temperature more than hand warm although the heater rear wall was far too hot to touch.

Here's a picture of a left-over piece and how it is mounted behind the heater. 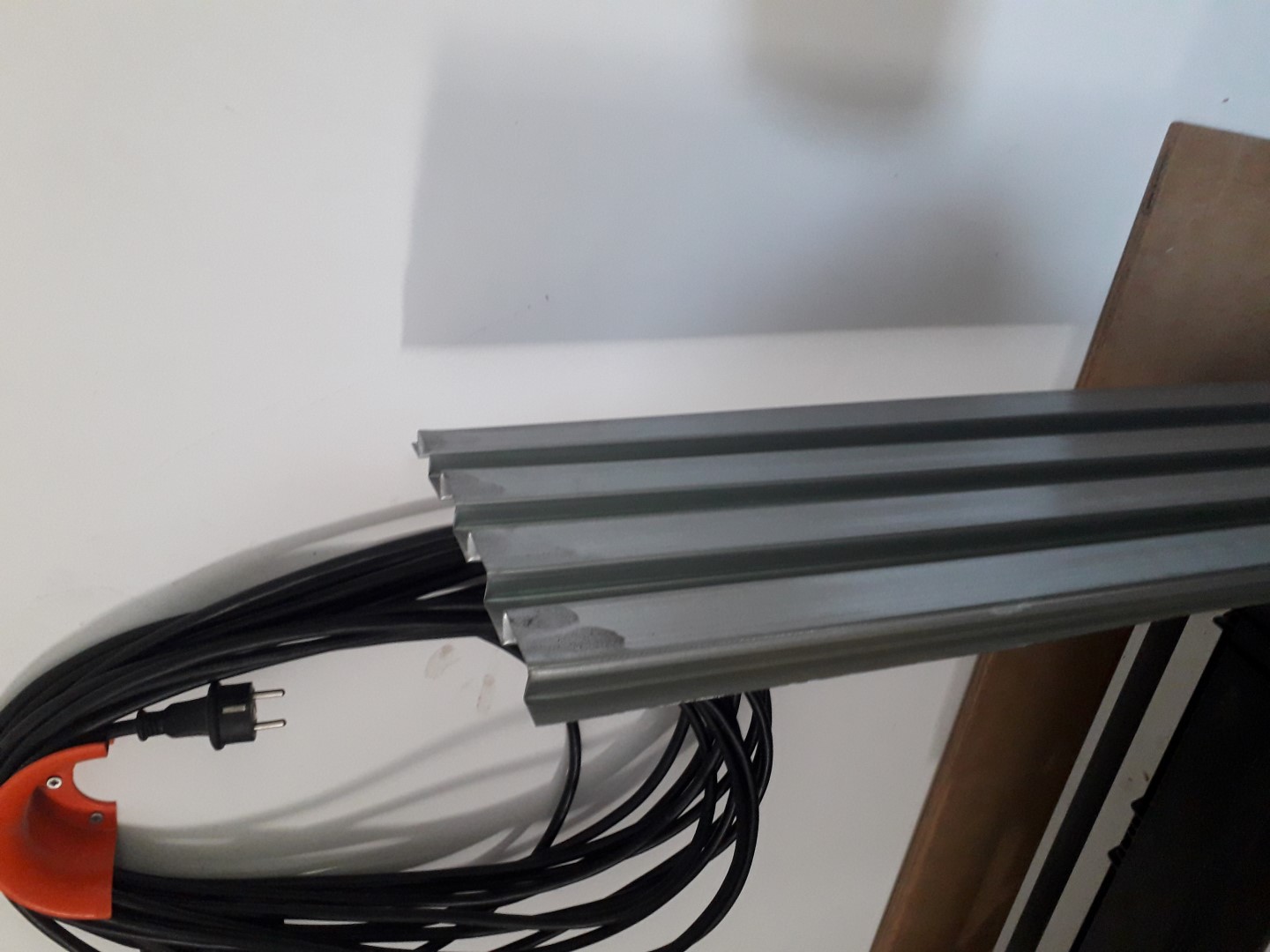