Rick Hatchh
Posts: 25
Location: Penticton, Canada
posted 2 weeks ago
This thread will document and describe the building of a passive solar greenhouse. We are located in West Bench, just outside of Penticton BC in the Okanagan Valley. Zone 6b/7a, 12" of annual precipitation.
The greenhouse is 20' x 43' outside dimensions. I decided to build using straw bales on the north half of the building, after seeing a video on a straw bale greenhouse built in Canmore Alberta. I was interested in gaining experience working with straw and this seems like a good opportunity to gain that experience.

I spent a bunch of time over the winter using Sketchup to make the design:
Cherry-Tree-Permaculture-Greenhouse-Design-1.png

Rick Hatchh
Posts: 25
Location: Penticton, Canada
posted 2 weeks ago
Around the end of January I began the project. I planned a climate battery, using barrels as manifolds. I would have used large diameter plastic culverts, but the cost was extremely high for those pieces and I had several barrels around that could be used for the battery. I decided to split the climate battery into two separate systems, so that there would be enough space in each barrel to run the 4" perforated pipe. So there will be 2 fans, linked to thermostats that will control them both at once.

All that planned, I ordered rental on a Bobcat skidsteer and excavator to level the site and dig the foundation. I had no prior experience with either machine.  The first task was to scrape off the topsoil and set it aside to replace afterward. I quickly realized that staging materials was going to be a challenge, with very little open space available on my site. I'm working around a hoophouse, a duck shed, and many mature fruit trees. As a result, soil had to be moved into fairly inconvenient areas, which I am still dealing with at the moment.

We have about 18" of fairly nice silt soil, below which the subsoil is sand and rocks. Rocks of all sizes ranging from fist sizes, to boulders that easily weigh 500 lbs. This made digging challenging, if you hit a big rock the only choice is to get it out and leave a bit of a mess around it.

Long story short, I used the machines for long days while I had them, making the most of the week of rental time. We got the climate battery piping installed (2 levels at approximately 3' and 18" depth.) We screwed each pipe into the barrel to hold it in place while we backfilled and tamped around the pipes. 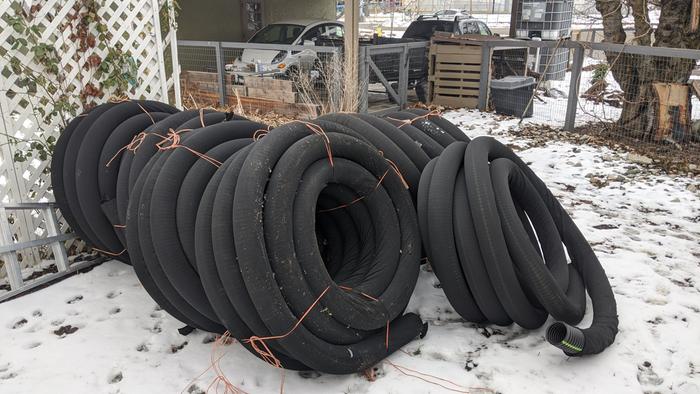 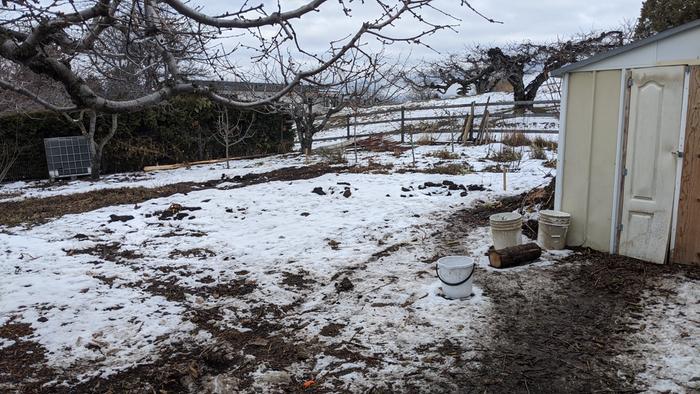 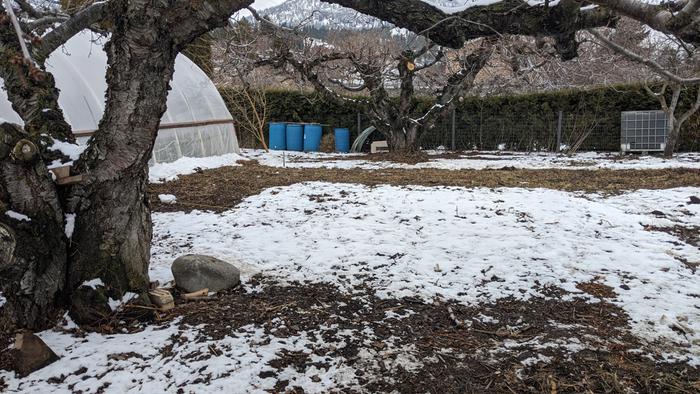 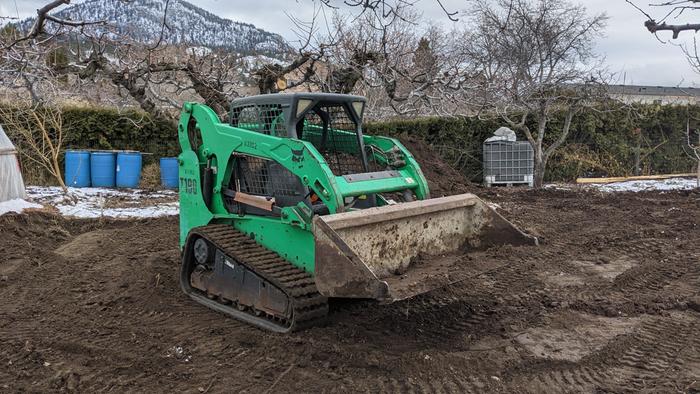 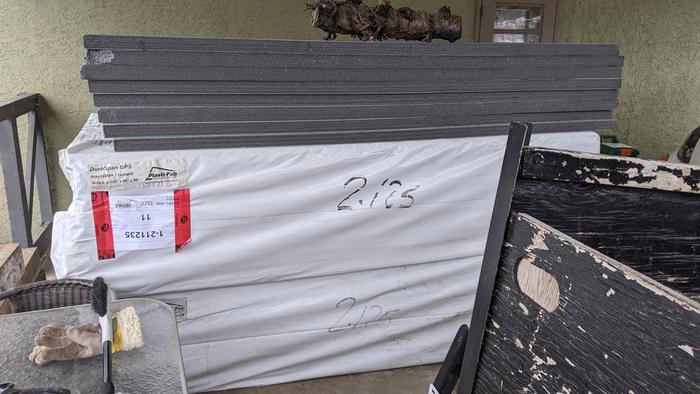 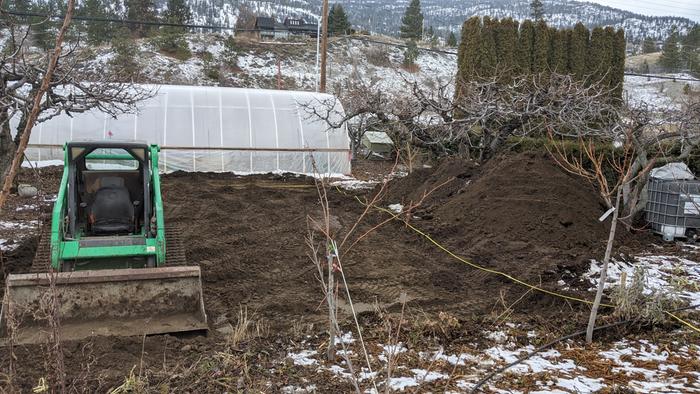 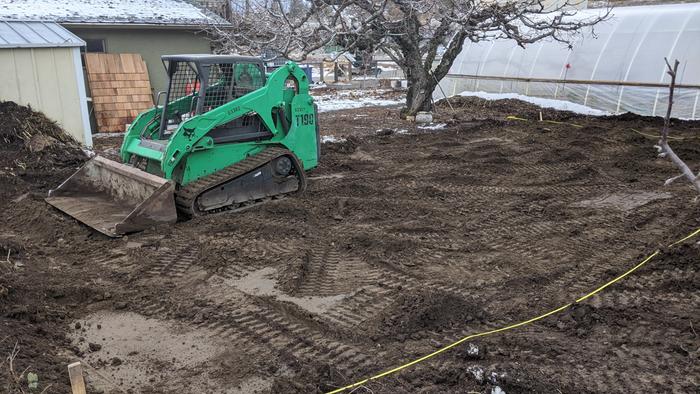 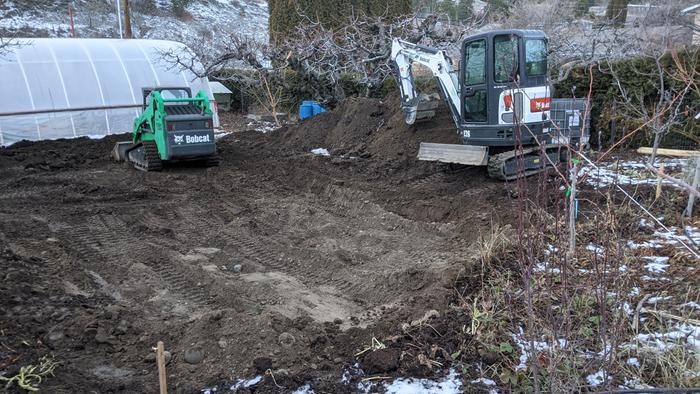 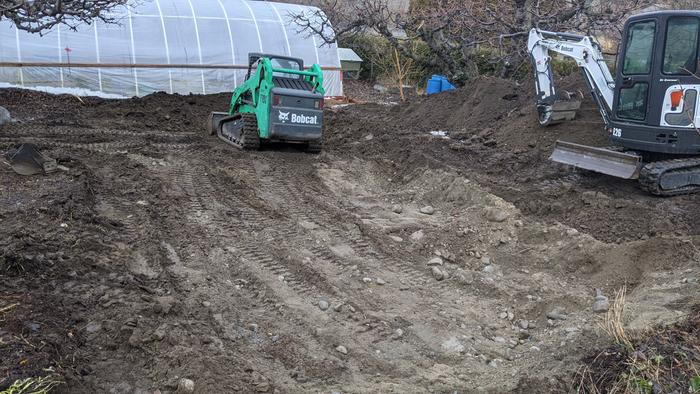 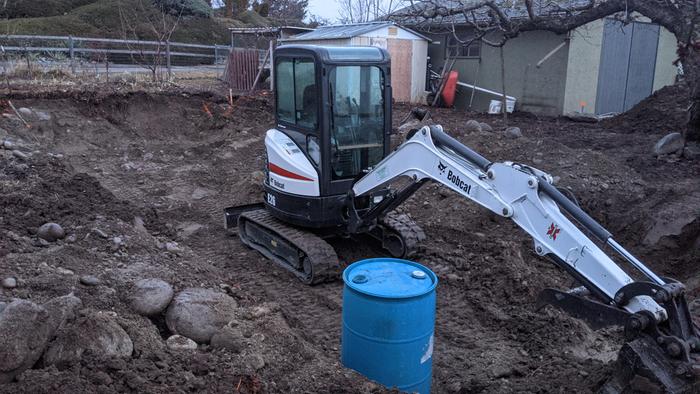 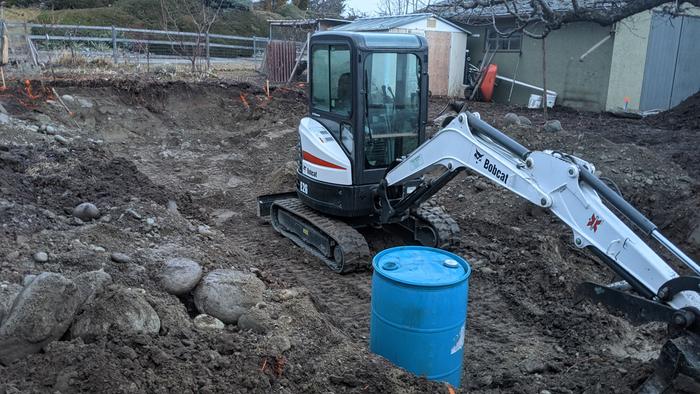 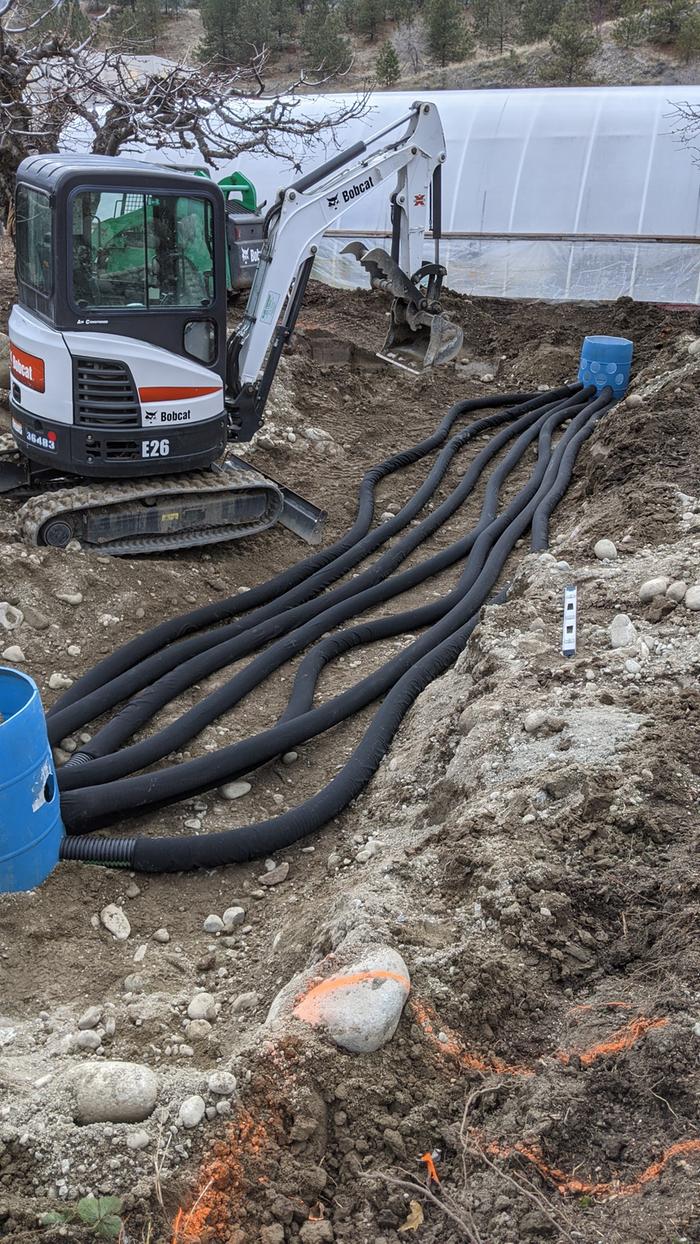 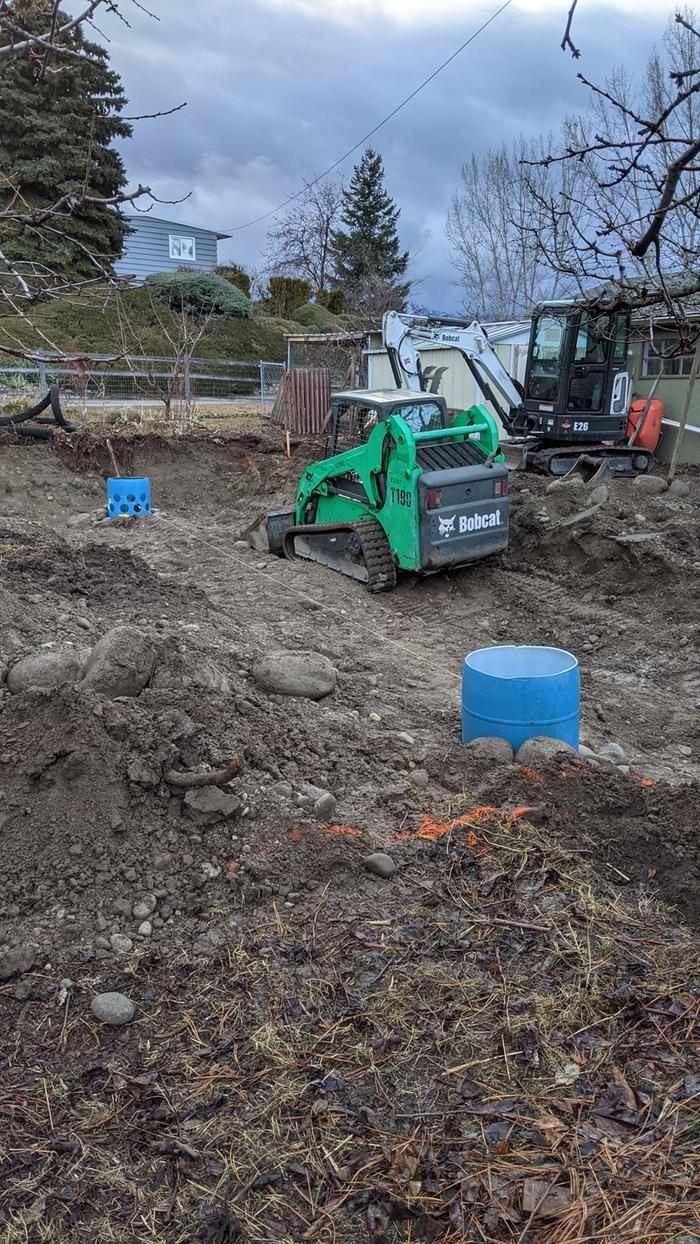 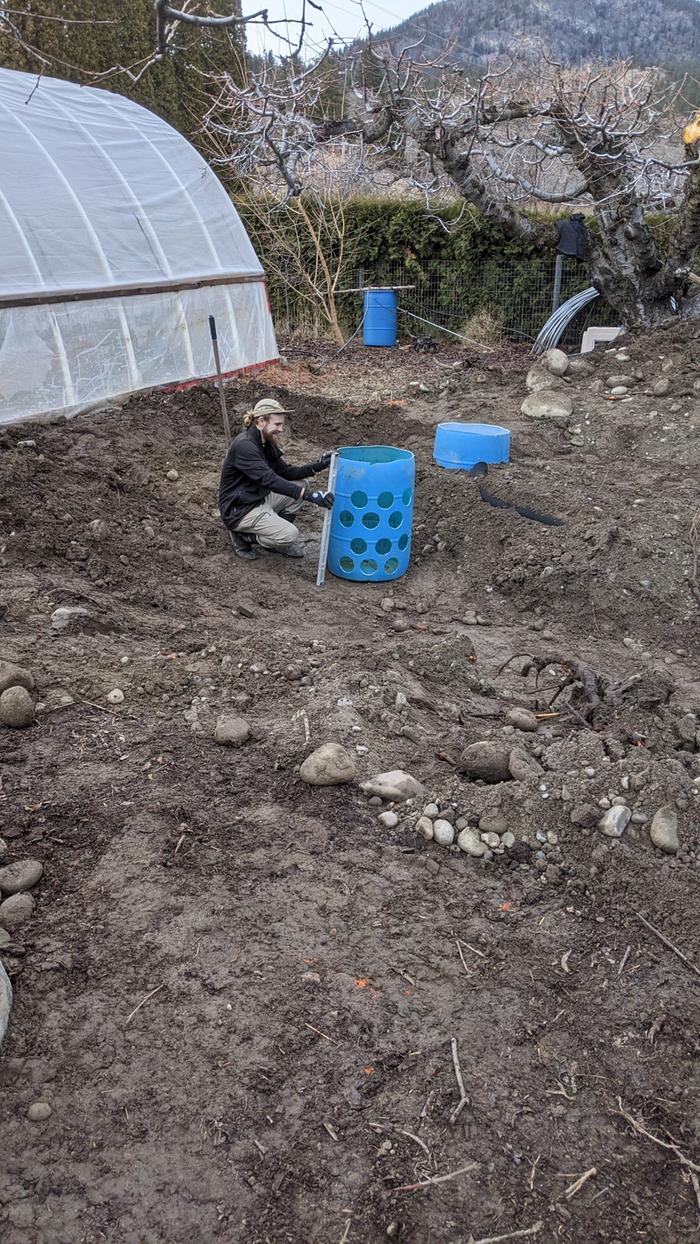 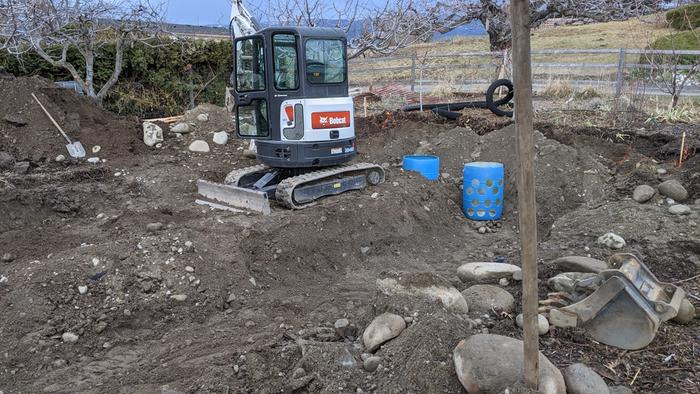 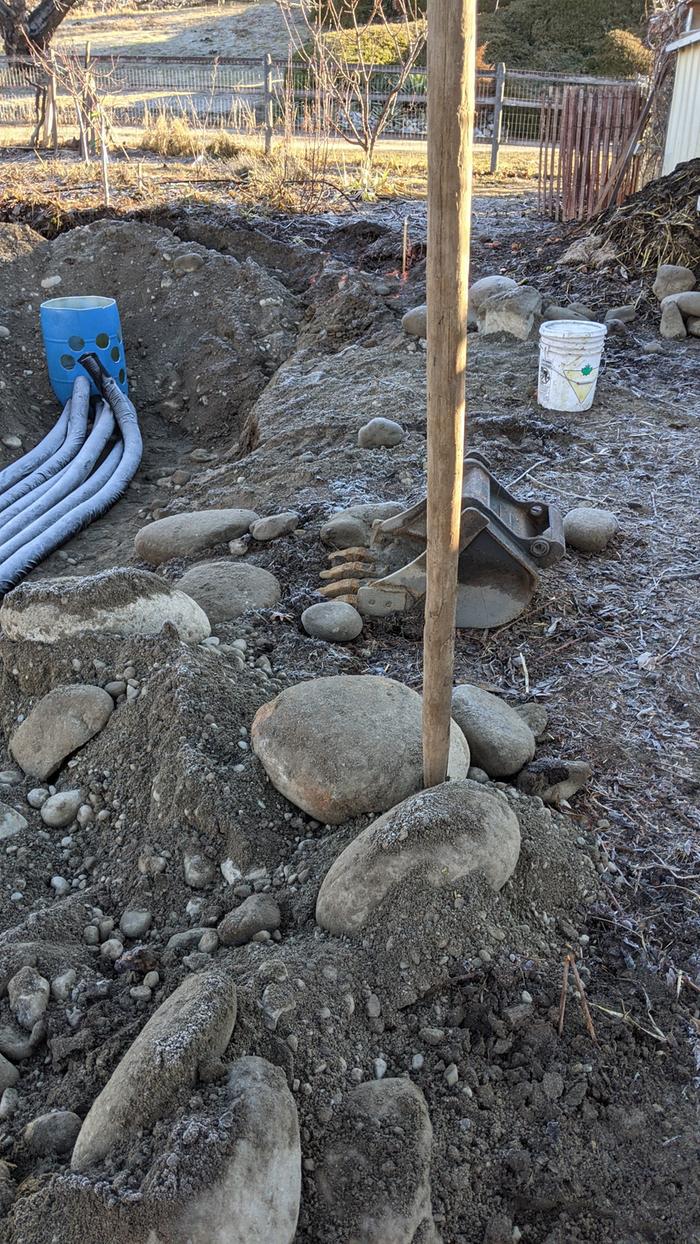 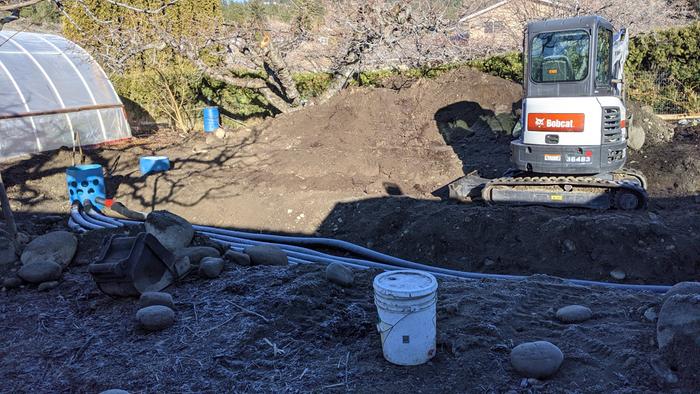 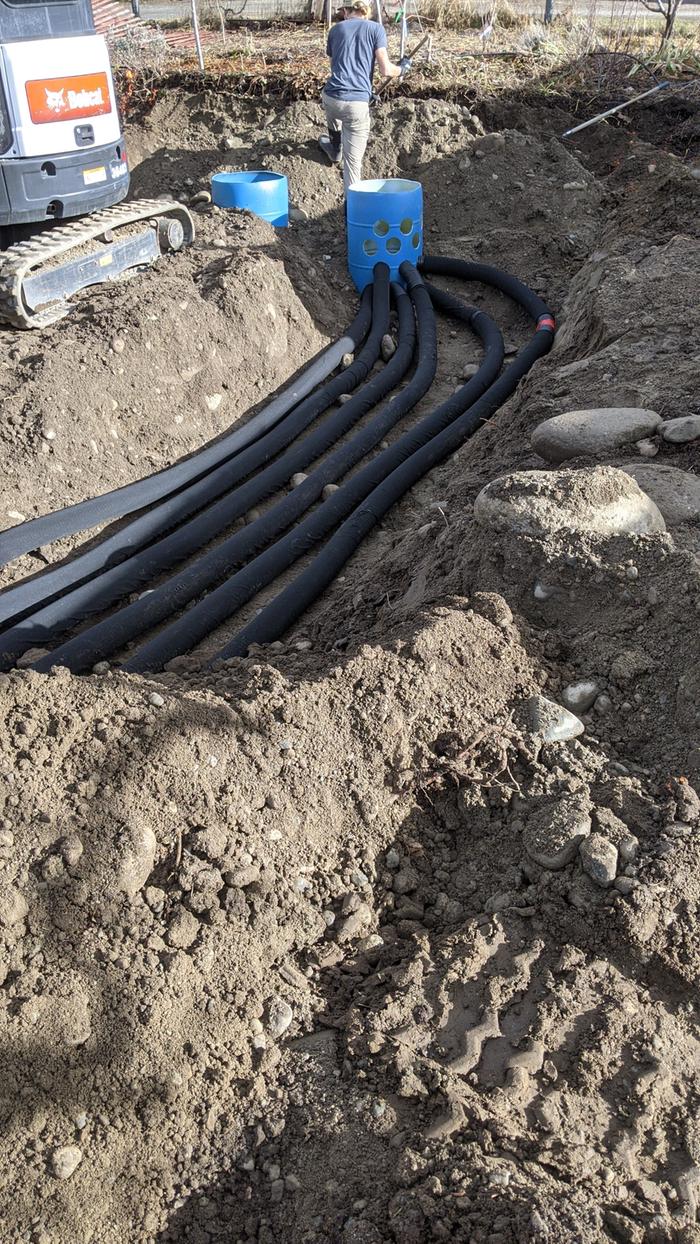 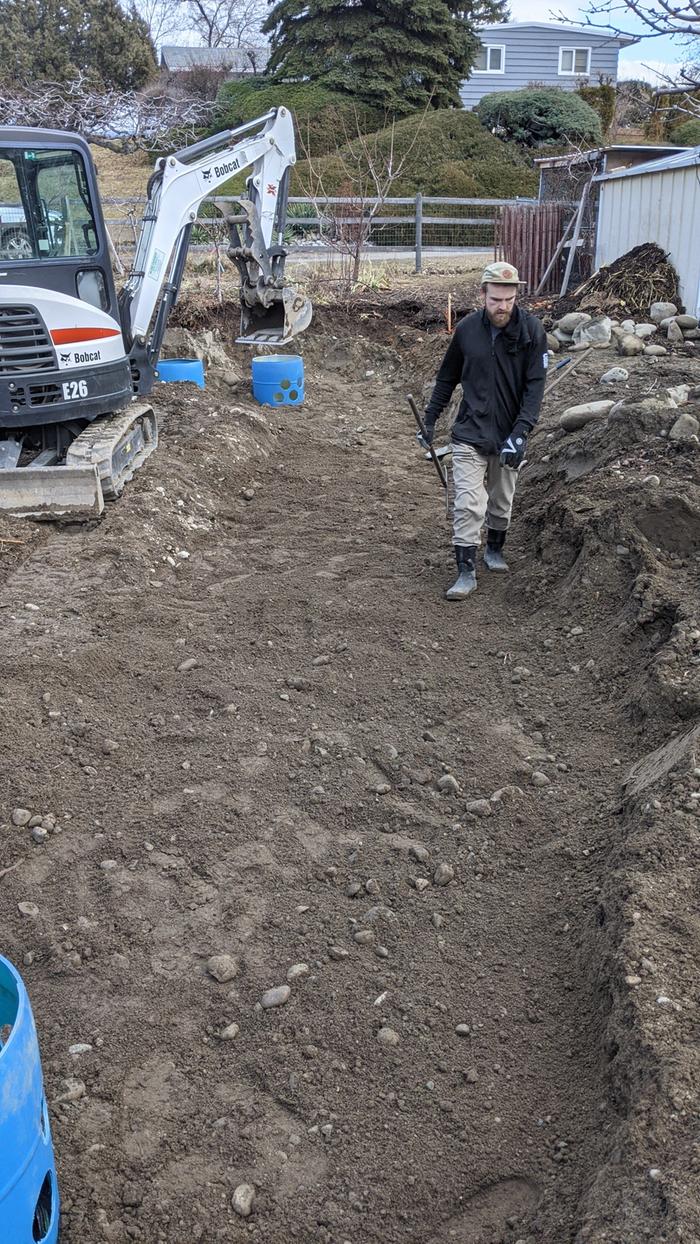 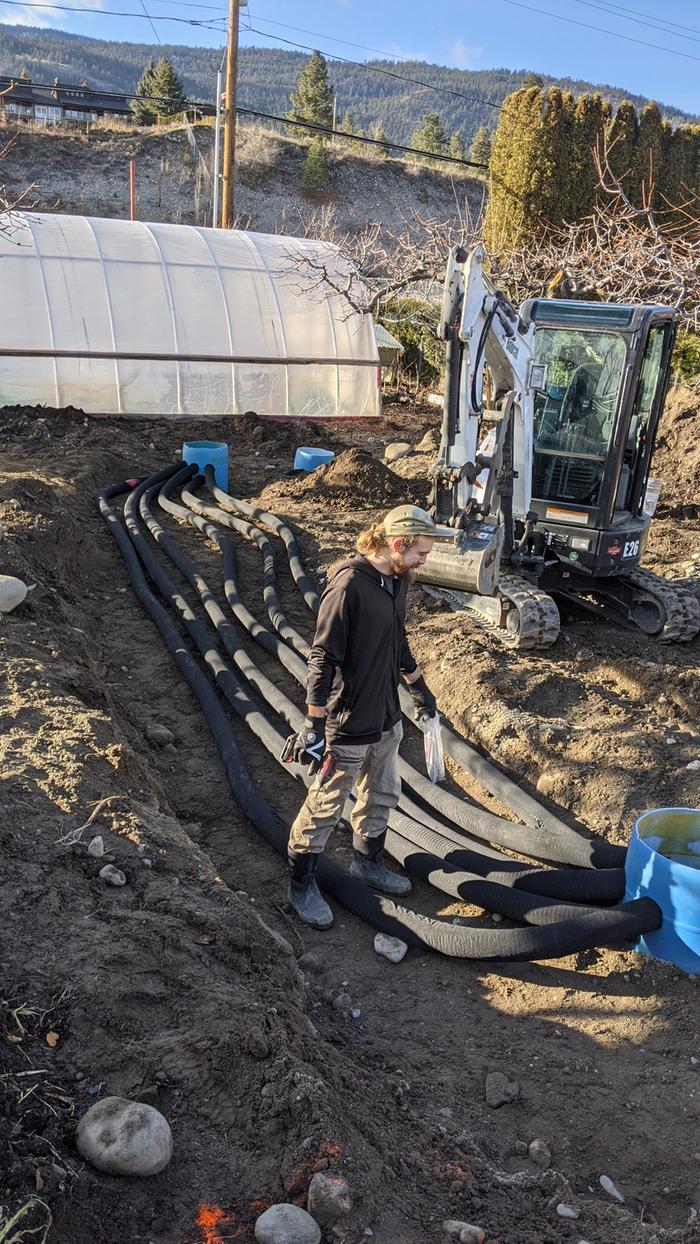 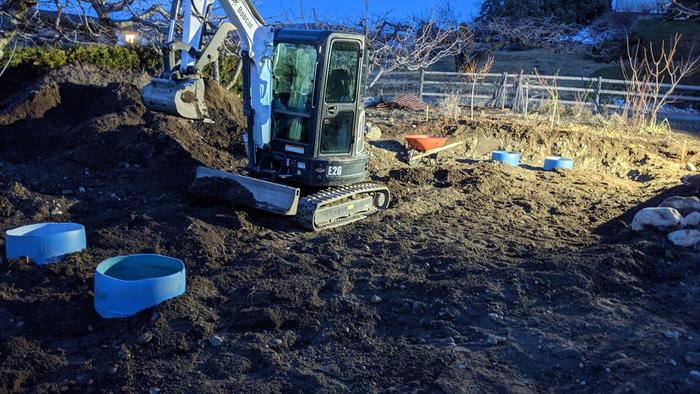 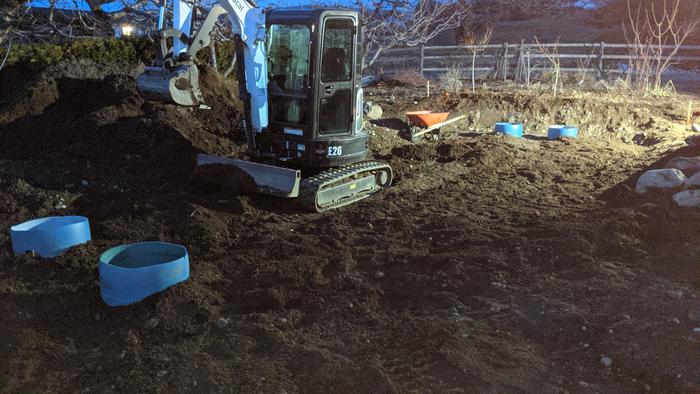