Simple fence of black locust with beans to break wind

posted 5 months ago
Building, like it, plants love them. Building for plants wow i have no words. See the pictures added below the text!

So i made this fence along the garden plot and added some wood and metal chickenfence.
For quite some years i’ve been trying to break the wind there. Willows mostly died, even hornbeam died. I noticed peaches hold out so i’ve planted some thirty , one year olds strategically. But the soil is really thin there so progress will be slow. I the meantime at low level sage is starting to block some wind. Which creates a heat trap for the rosemary. There are some Jerusalem Artichokes in the soil as well but they haven’t done much either.
The last three summers when i started this plot have been scorching hot.
So this year the latest plan is to grow beans there. I dumped some straw on the grass and some cow compost on top of that. About 2 inches (5cm)of compost/soil mix and i plan to seed that with phacelia which will keep it covered until i bring in the locally adapted bean seeds i managed to acquire.
The beans will first climb the phacelia stalks and then enter the chicken fence.

At least that’s my plan, if it really works like how i plan is a second. So i thought to make it a topic on Permies and hope for people to chime in with scorching critique and gentle encouragements.
Here some pix to help envision.
29CF63A0-596B-41F3-9564-5B10053491AC.jpeg 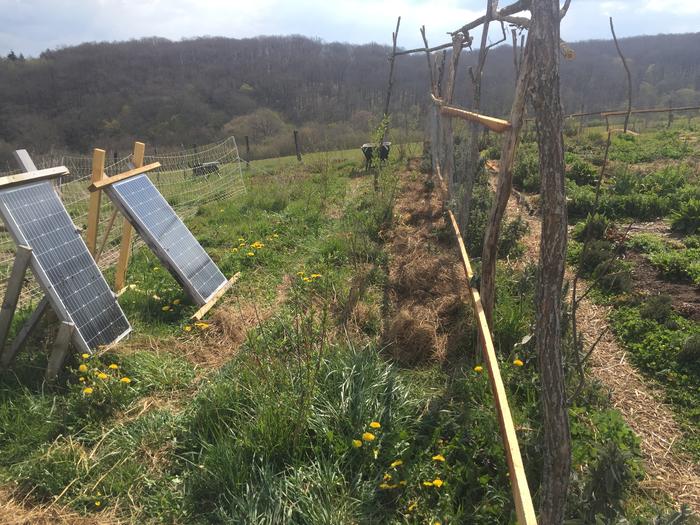 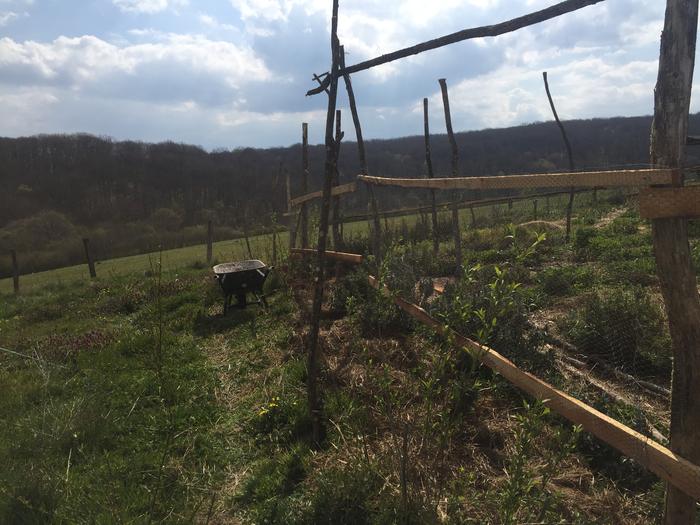 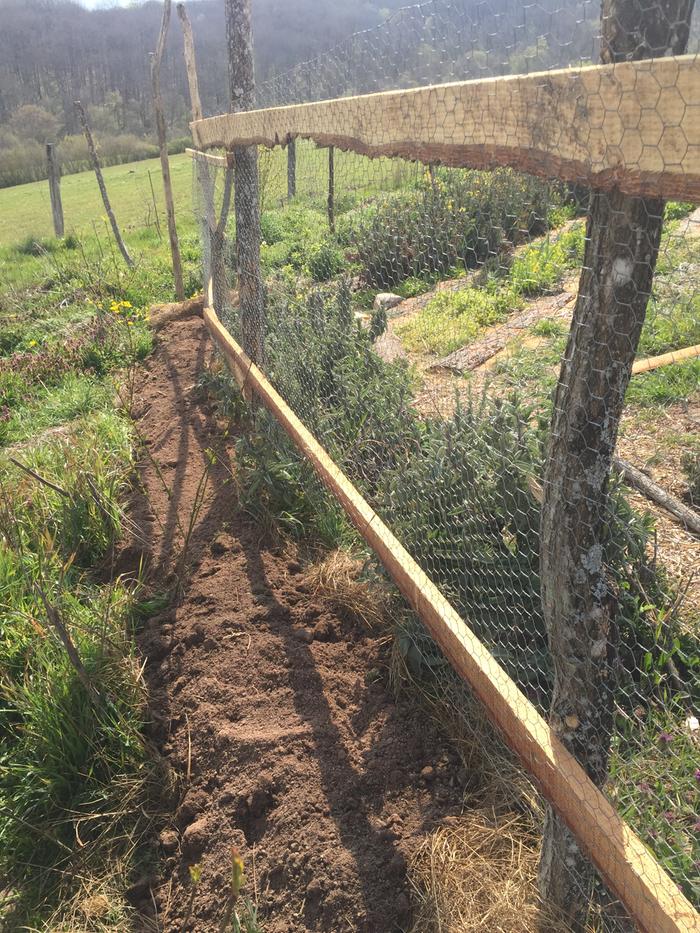 posted 5 months ago
Yep. Beans are always a sure-fire way to break wind.

posted 5 months ago
Ok laugh all you like.
Break breeze would have been more appropriate. I got carried away.

To my defense I am planning to plant them  densely. And every little bit of shade it will provide to the planted trees to the north of it will be welcome.
The structure itself i am going to double up. It will become like a dome and carry vines like grape and hops which are getting roots over the summer in.
The beans are more of an opportunity because the hedge i have tried to grow keeps dying.

Personally I would have skipped the chicken wire and gone for a pole frame work. The wire should be strong, but I like to be able to take my frames down and move them from time to time. The wire will get thoroughly tied in knots by the beans.