I am a middle-age male from the East Coast of Canada, who has lived in Toronto (twice), multiple locations in British Columbia (urban and rural), Saskatchewan on a non-profit cattle farm for a few months, and now, as per the last two weeks, Montreal.

I also spent a year in Taiwan and three months in Japan.

I have worked on six different farms; 1 urban, 2 Biodynamic, 1 cattle and 2 organic.

Conclusion;  I have been all over the place, had a wide range of experiences, and now that I have learned what I want and what I don't want, I would like to settle down (in Montreal or Japan) and focus on materializing something special.

I have three main interests;

The Teachings of Théun Mares -  A series of books that guide people toward using the challenges in their day-to-day lives in order to evolve their awareness.  These are not "visualize the light" type of books, but more of a Jungian/Fourth Way approach of confronting ones own shadow and its projection onto others as a means of personal development.  A very practical path, one of much heart, and big wicked smiles.

I am working on a project which takes the spirit of the teachings and presents them in a different form, one that is more secular, with a defiant, rebellious, anarcho aesthetic.  It is a challenging project, but a labour of love, enjoying the journey.

Ninjutsu: Bujinkan/Systema -  I've always been inspired by the ancient Ninja, and it's portrayal in modern folk-lore.  Go ahead, laugh, it's okay, haha.  The zaniness of it is a small part of the appreciation.

But on a deeper note, the myth of a lone youth fleeing his burning village and then being taken in by a variety of mountain mystics, hermits, bandits, warriors, and farmers, and trained in their arts as he travels through the forests and mountains of Japan, is very close to my heart.

And the fact that the ninja were said to be farmers by day, adds to the allure.

There is a legit form of ninjtusu being taught to the public in the form of a martial art (Bujinkan), which does not capture my whole interest, but is a step in the right direction.  One of the reasons I came to Montreal is because there are two very high quality schools here (one Bujinkan and the other Systema).  I also enjoy running, working-out, and reading books on urban survival and related topics.

I've always liked the idea that "the foundation of a healthy society is a healthy diet", and that "permaculture is revolution disguised as gardening".  I love urban agriculture, how it feeds locals, but also how it educates and employs them, and beautifies the area and that this is all good for us, mind, body and soul.

But I have recently realized and accepted that I experience an even greater sense of awe from beautiful landscapes.  Japanese tea and zen gardens in particular, they are literally designed to be "awe inspiring".  They are meticulously designed to trigger a spiritual experience in those that view it.

"Gardens such as this were designed by Zen monks to view and contemplate, not enter.  The purpose of these compositions, as in the black-and-white ink paintings or the koan questions created by Zen masters, was to nudge the mind away from the mundane and to allow it to enter a higher level of consciousness"

Is that not the coolest thing in the world?

I want to combine urban agriculture, using Biodynamic's and Permaculture, with Japanese garden design, and add elements of Situationist design (another story) and perhaps other art and design schools.  Do this part-time in people's back yards while holding down a urban agriculture or landscaping job, and then taking it full-time if I hear the calling.  Do some public spaces, either guerrilla or legit.

I also like the idea of a permaculture breakfast cafe/info shop, a literal shack, that sells some kind of breakfast protein shake (we produce the fruit, and/or herbs, and/or milk, and/or honey) and sell high quality green tea as a chaser.

I know it's a tall order, but I want a relationship with a woman who resonates with these three interests AND with whom I am physically, mentally, and emotionally compatible.  All my relationships in the past have been based on "chemistry" and had very little to do with mutual interests.  Perhaps there was a little part that seemed aligned, "oh she eats well" LOL, but nothing too major.  It's a big world, with billions of people, you would think I could find ONE that would be a match, no?!  It's worth a try!

It doesn't necessarily have to be those three forms, but the three spirits are important.

- A DEEP interest in waking up from "the madness of the dream".  We really can experience bliss in this lifetime.
- A genuine interest in healthy eating and fitness, perhaps martial arts or parkour (not Olympic level, just fit)
- Wants to work to increase greenery, beauty and nutrition to an urban environment for the next three to ten years.  Radicalize the rabble.

Mental; verbal IQ 115 problem solving 114 processing speed & short term memory mid 90's (a hilarious paradox), INFP, not offended unless your intention is to offend me, and even then maybe not...

Emotional... none of us are perfect... no major addictions or disorders... pretty jolly much of the time... nothing too scary, but I'm a real person, I have experienced some real darkness :)  I generally mesh better with people who have had some real struggle, but more specifically those who learned how to detach from it rather than let it define or destroy them.  There is a certain exhilaration that comes when you climb out of the pit, and know that there is no way that you can ever fall down it again (because it was an illusion in the first place)  I am not a greenhouse plant, I grew up out in the elements.  It got pretty windy at times, haha.

"No tree, it is said, can grow to heaven unless its roots reach down to hell."
- Jung!

And last, but not least, SOME of my favorite media.

Some great book; Dune by Herbert, Outsider by Wilson (not the novel), Crimethinc. series, Castaneda series, The Essence of Ninjutsu by Hatsumi, All Steve Solomon and Salatin's books that I've read, The Ego and it's Own by Stirner, Nietzsche, BAP......


With warm regards and a smile,
Shane. 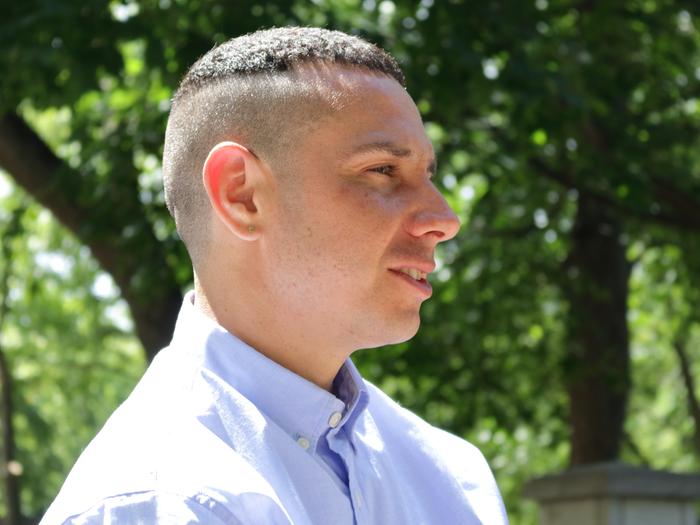 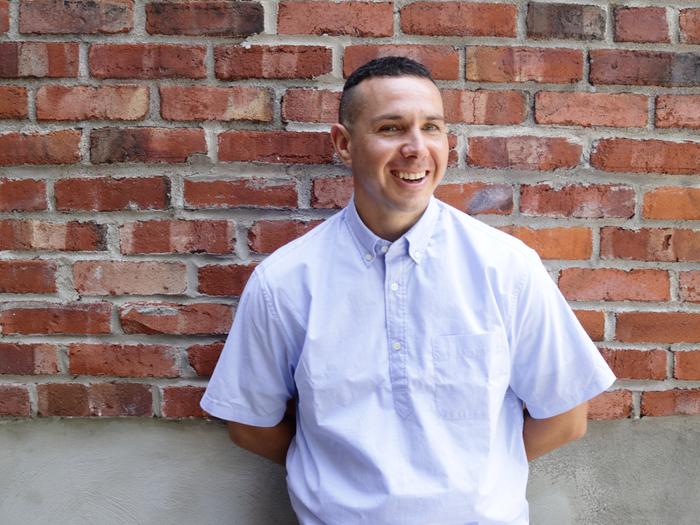 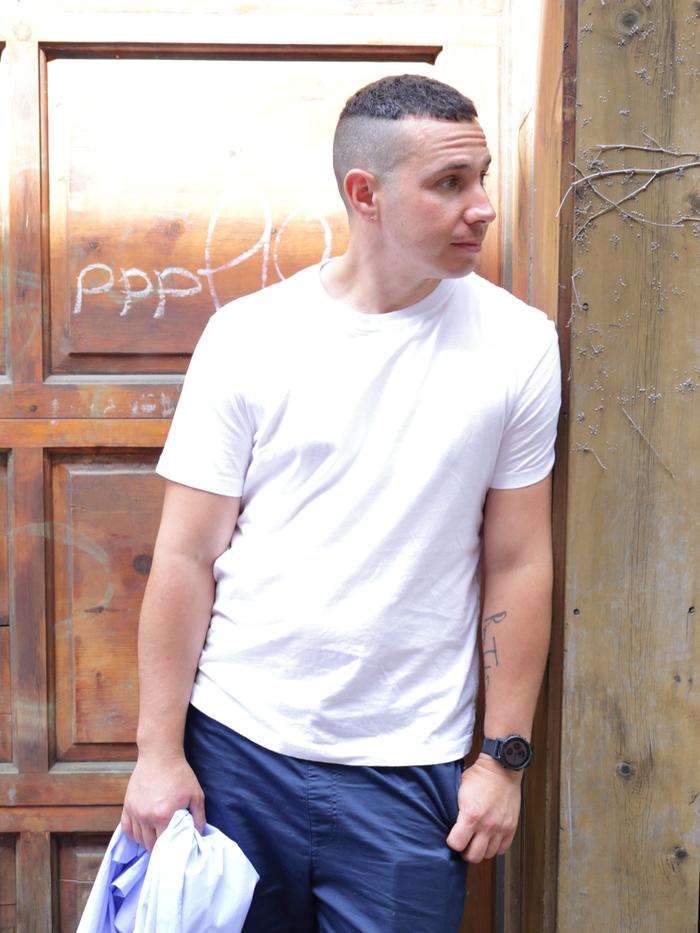 Matthew Nistico
pollinator
Posts: 502
Location: Clemson, SC ("new" Zone 8a)
73
4
posted 3 months ago
@ Shane - I commend you on your meticulous, introspective, and practical approach to posting a personal ad.  Best of luck!

Shane Ryan
Posts: 2
Location: Montreal
1
posted 3 months ago
Thank-you, Matthew!  Here at Honorable Scoundrel enterprises we believe in a diversity of tactics!  I highly recommend this approach, writing it all out is a positive experience in terms of gaining clarity and posting it helps set ones intent.  Sometimes trying harder in one area of life miraculously opens up doors in other area's of life.  The Universe can sense... "alright, he is ready".  Take-care, man.

posted 2 months ago
You're remarkable. I felt the need to say that, possibly because it is very, very rare to see someone detail themselves to such a degree, and I have exactly two points of overlap. That's it. So! Thanks for the reading list, best of luck!
Jane Lewis
Posts: 19
5
I like...

Great post! Good luck finding your Nikita! Like you mentioned - if you post "you're ready" you never know what you'll attract. Me and a plot of land now for example. I searched "Montreal" on the forums and found you here.

This morning I heard about a plot of land outside Montreal that's looking for a permaculture-minded new buyer. i'm in Taiwan (I notice that's part of our overlap) and the land owner's daughter is a good friend of mine here. We were comparing SKIP-like situations we know of.  I myself have a plot of land in Keelung that wants its amazingness to come out, though at this point h'band and I live in Tainan (so if you have perma-minded friends in Taiwan looking for land/house and attracted to Keelung, please link us up!).

So the Montreal land ... it's a ~1 acre plot. 30+ years of plantings - high biodiversity. House over 100 years old and surrounded by "mansions" with swimming pools and tennis courts. It's another of those SKIP situations.

If this is at all interesting to you or folks you know ... answer here or email me janeelewis@gmail.com. The property is actively up for sale right now and no one responding to the ad looks like they'll respect the plantings or keep the house. Any chance of changing that would feel fantastic!

In the pre-Covid world Taiwan was an excellent medical tourism destination w/ both standard western and Chinese medical options. Many a medical mystery has been resolved here. Able to set foot in Taiwan? I still facilitate personal journeys. You are the driver. I hold space for your agency and your inner dialogue to be more productive.