posted 2 months ago
I am currently renting a small, ex-miner's cottage in South Wales. It's solidly built and it has a garden, for which I am very thankful. The garden is about 4x10m (40m2) or 12'x30' (360 sq. ft.), sloped and with fairly poor soil. In the year that my partner and I have lived here we have tried to enrich the soil and to create a place that we can grow food and foster wildlife.

I have attached a few images showing different sections of the garden and some of the plants that grow there. Plants labelled in dark grey are edibles whilst those in green are mainly there for pollinators. There is some cross-over here, of course.

Not shown is a tiny patio made from reclaimed slabs, a storage shed packed full of reclaimed wood and two small areas of lawn which we are cutting to promote wildflowers. There is also a compost area and a huge pile of brush and clippings from the laurel and leylandii hedges (which would ruin our compost as they take so long to break down). The latter is a fantastic habitat.

We have terraced the garden using stone retaining walls. All of the stone came out of the soil or has been collected locally. A lady living in the nearby town had taken down her outside toilet and we grabbed a few car loads of stone to make the largest retaining wall, 1.3m x 0.5m (4' x 1.5'). Most of the walls are much lower than that. We have tried to soften the terraces by encouraging groundcover over the stones.

So far this year I have seen several species of bumble bee, honey bees, hoverflies, bee flies, wasps and several species of parasitic wasp in the garden. We've had a few species of caterpillar too, including a fantastic twig mimic (I'll add a photo of that!) on the apple tree.

I imagine that we are in good company with wildlife-friendly, pollinator-rich, polyculture gardens on this forum. I wanted to share ours in case anyone had any suggestions, comments or on the off-chance that it was inspiring, particularly to others with small spaces to work with.
1.PNG 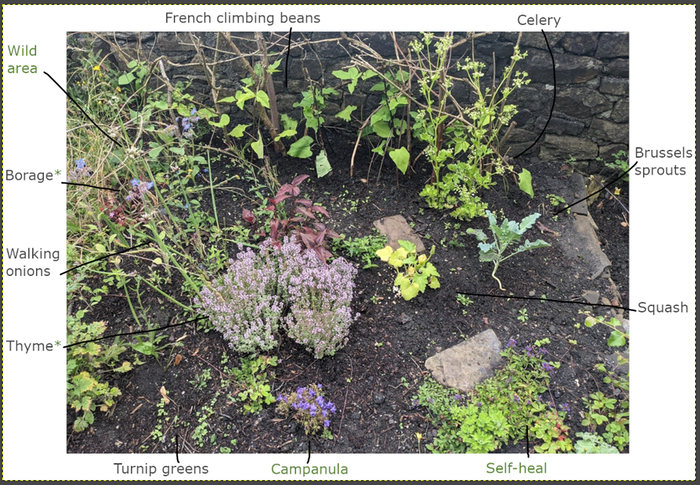 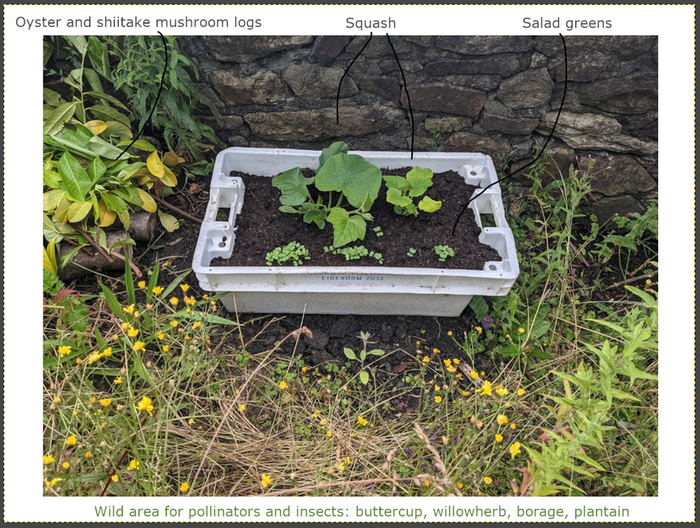 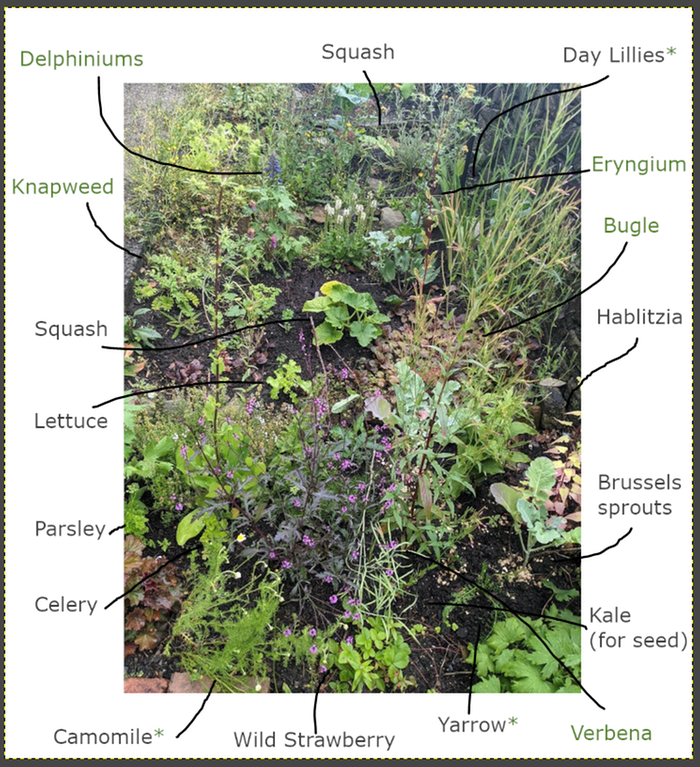 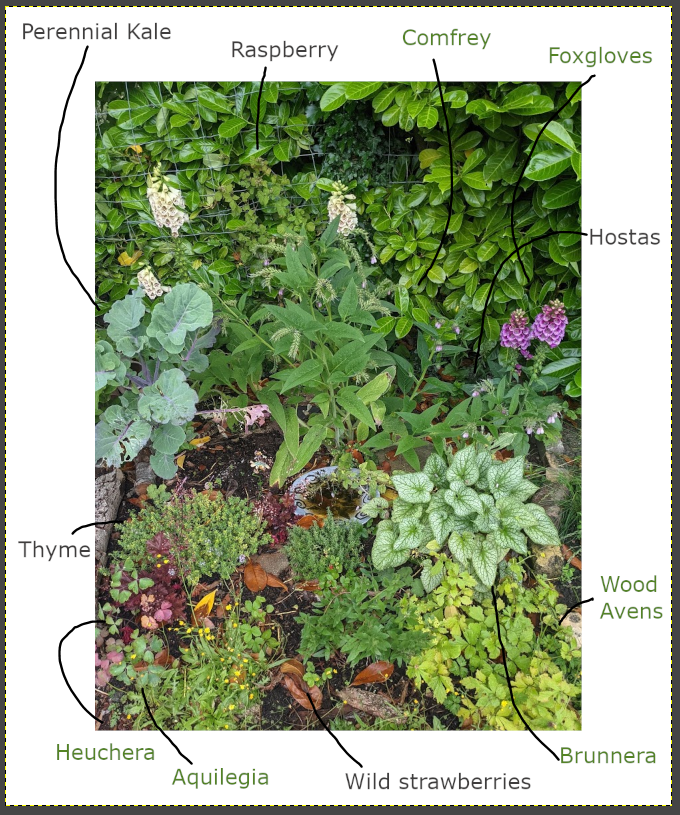 The breath is your anchor to the present moment.

posted 2 weeks ago
I thought I'd share a few end-of-summer photographs of the space. The plants have all filled out and we now have a pea frame along the wall.

We didn't get a huge harvest this year due to a combination of strange weather and poor soil - we are on a steep hill and, although we have built small terraces and planted to retain soil, I suspect that there has been years of soil degradation as the heavy rain washes any organic matter downhill. After just 12 months, since we have been here, the soil has improved tremendously and the insect life is insane. We have managed to take tomatoes, lettuce, edible flower, herbs, kale and other greens (turnip greens!) fairly regularly however, along with our first crop of Wine Cap mushrooms. Very excited by those. I'm also hopeful that we will get a couple of winter squash and some beans before the summer is over.
harvest.jpg 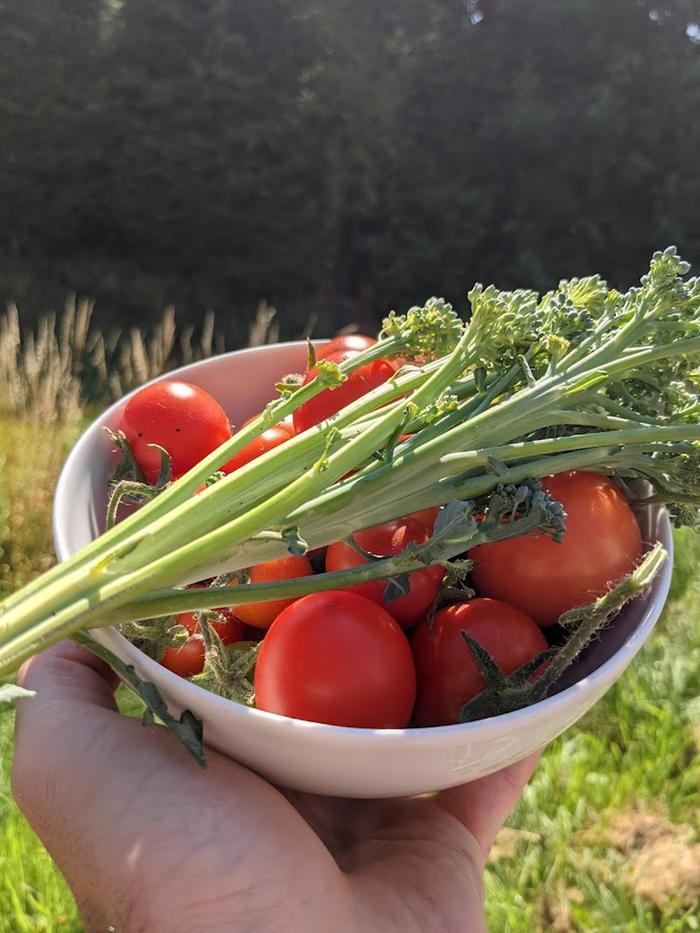 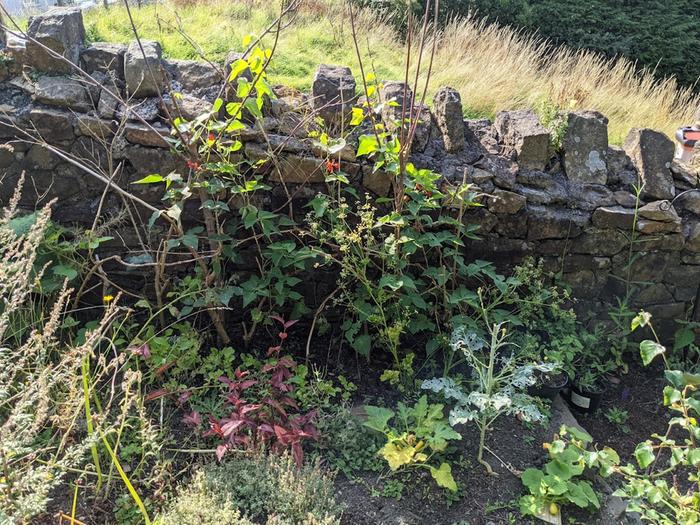 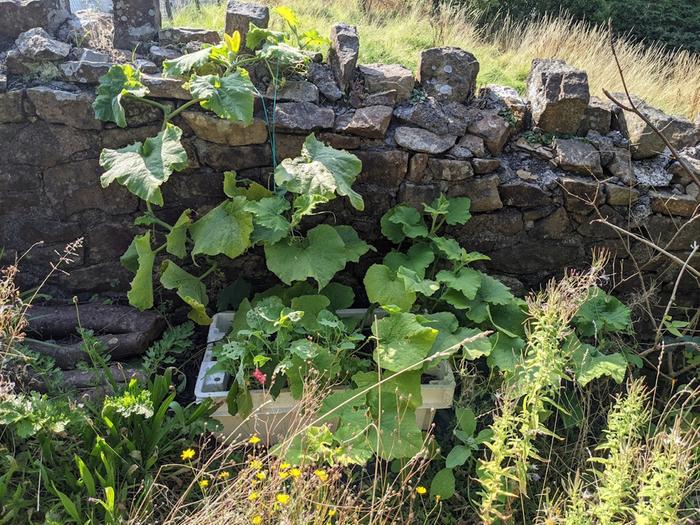 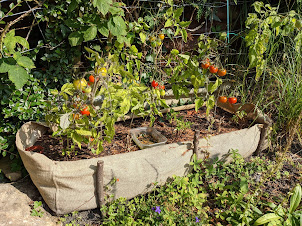 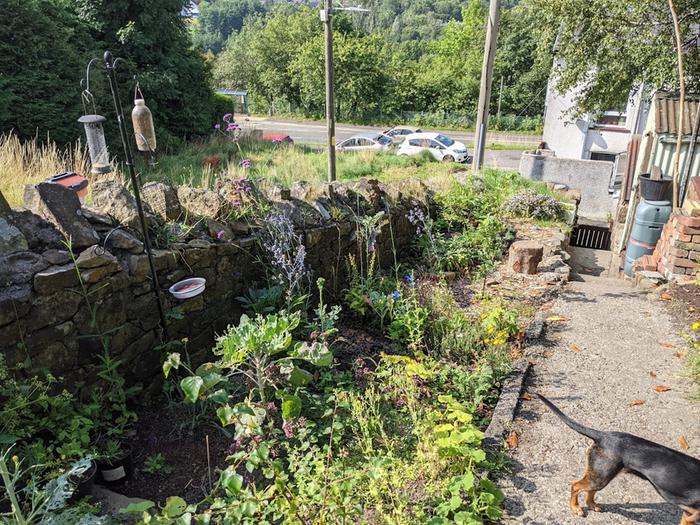 The breath is your anchor to the present moment.