Ali Sturge
Posts: 3
posted 2 weeks ago
In the next few years, my husband and I will be building a smallish cabin (600-700sqft footprint) on some property owned by my family in Cape Breton, Nova Scotia. The climate is pretty humid, wet and cold.
We plan to do a timber frame using timber from the land, since there are around 160 acres and most of it is forested.

We will only have summers to work on it, since we will most likely still be living in Texas until the young'un graduates. And the distance (40+ hours drive) doesn't really lend itself to short, frequent visits.  We have considered cordwood, cob, and earthbag, but are heavily leaning toward straw bale for its superior insulative properties. I do like the idea of light clay, but straw bales would completely enclose the structure, where light clay would seem to allow thermal bridging since it is just between the posts. Even though we're not sure we'll ever live there full-time, it's likely that we'll spend some time there most winters.

I am concerned about the longevity of straw bale in that environment. We are thinking we would orient one gable end wall toward the south and primarily fit it with windows. The idea is to maximize the solar gain coming into the house, onto the packed earth floor, but also to minimize or eliminate the straw bale on the most exposed wall. The north-facing gable end wall would have either a dutch roof or wood siding for protection from nor'easters.

Since we are hoping to use a packed earth floor and will incorporate a RMH into the plan, we do not want a pier and beam foundation. I've found several discussions of raised earth foundations, but without much detail as to how to build one, and also rubble trench. Would this be sufficient to ward of moisture and termites? The frost depth there is 30-32". Rainfall even in July and August is 3-4".  Prevailing winds are southerly - southwesterly, which means that's where most of the rain will come from. According to the provincial soil survey, most of the earth is "dark reddish brown gravelly clay loam till" with a slight W-E slope and moderate stoniness. There is running water in the form of a small creek, which also means there is definitely sufficient dropoff to drain a rubble trench.

I should add that I haven't been there in almost 50 years, since I was a babe. Around that time, my building inspector grandfather poured a trench foundation that presumably still exists, though I sincerely doubt it's in any condition to build on. It must surely be cracked all to hell.

This summer, my 2 kids (18 & 10) and I will be spending 6 weeks doing a sort of survey of the land, set up a suitable toilet and shower situation, some type of rain collection, and a small solar array to power the DIY solar generator we will build this spring. Two of those weeks will include my husband, too, but 18 and I will be doing the bulk of the work. If one of their friends comes with, we hope to also manage some type of tiny earthen building.

So, to recap, is a rubble trench foundation sufficient to keep a straw bale home dry? Is there a better option for walls I should be looking at? Is a wall of windows the absolute worst thing I could do?

pics attached:
Stream
Somewhere in the middle (courtesy of my sister's friend that visited last summer)
Google map of central portion with road frontage and existing clearing containing remains of a house and 2 trailers. Can you spot them? lol
googlemap.PNG 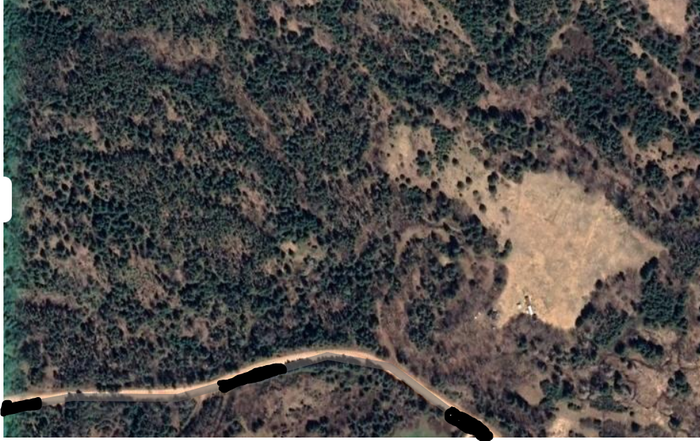 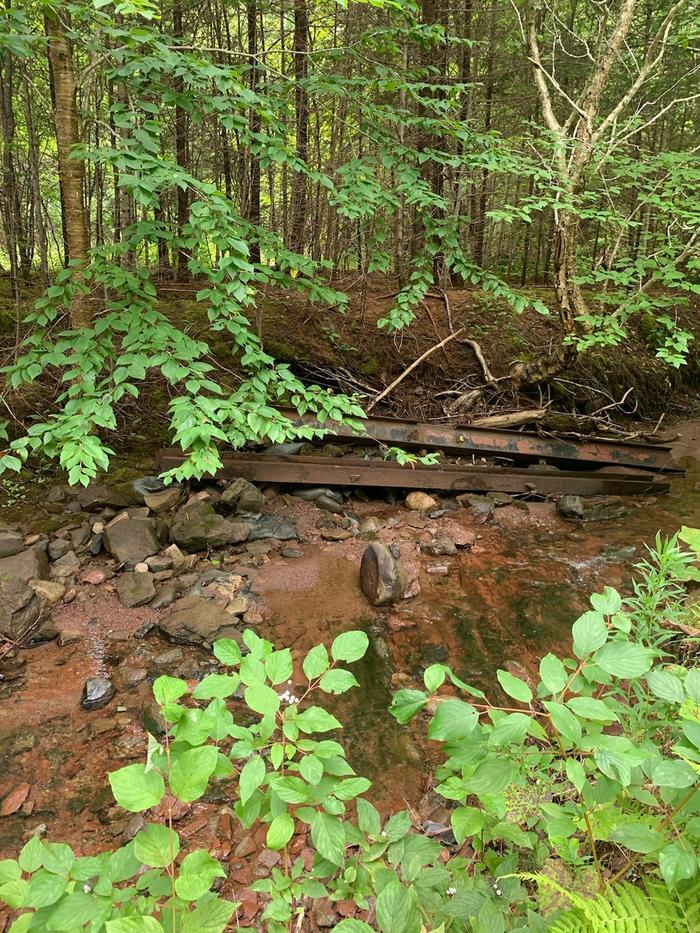 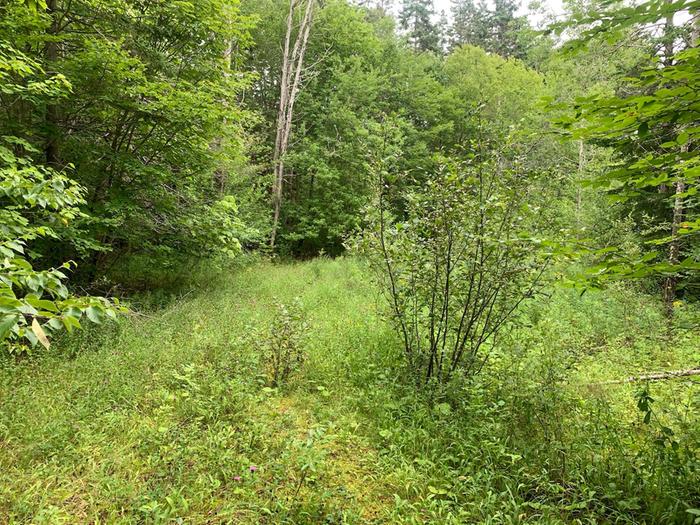 posted 2 weeks ago
With the distances involved and the works you plan to carry out, some project planning may help.
The sort of building you describe will be labour intensive, can you settle for less.
Could you use screw piles put in by a contractor and a prefabbed structure that could be assembled in a day or so.
Then the rest of the time could be spent insulating and fitting it out.
Later it could be used as something else, a summer room!
If you plan to mill your own timber, perhaps a lean to under which the mill is set up.

Ali Sturge
Posts: 3
posted 2 weeks ago
Thanks, John.
Although we've never built a whole house, we have enough major DIY under our belts, including earth works, that we are well aware of the amount of work involved. We are fleshing out the project plan, which is why I would like to settle on foundation type and cladding for the house. They could potentially influence the site we choose. We are particularly not looking forward to the earth works but hope the purchase of a small tractor will make it easier. Everything we've done here has been with shovels and a wheelbarrow.

We will hire some parts of the build, like raising the frame and probably the roofing, so we can get it covered quickly once the frame is cut.  We expect to fell the trees ourselves but have a sawyer come mill them. This year we will be light on manpower, but in coming years we will have all four of us on site for most of the summer. Additionally, I have a large family that will gladly come for the occasions that require many many hands, like when it comes time to stack bales and plaster.  18 was part of an Americorps conservation project and has friends that are excited to come help build in exchange for meals and a place to stay in one of the most beautiful places in Canada.

We are still debating whether we should build a storage shed or have a shipping container brought in (more secure for an unsupervised work site). We won't need living quarters. We will have a sailboat in the marina about 5 minutes away that we will stay on, and sail on the days that are just so gorgeous you have to take a break to remind yourself the reason for all the hard work.

We have a 4 year timeline to have it liveable, 6 years to finish out.
John C Daley
pollinator
Posts: 2596
Location: Bendigo , Australia
169
I like...

posted 2 weeks ago
Sounds pretty laid back!
You may not finishe, what with scenery , sailing, fishing etc to be done!!

Think about strawbales inside and covered on the outside by boards.

Jack Edmondson
pollinator
Posts: 443
Location: Central Texas zone 8a, 800 chill hours 28 blessed inches of rain
86
posted 2 weeks ago
If you are doing timber for structure, I would look into hempcrete.  But I think you are on the right track with timber/fill construction.

A team of two people could work horizontally around the base of the house setting the forms, while 1 person (perhaps a friend, family member, or a day hire) mixed the batch.  If not working too quickly, or on too small a building; the first run could be set by the time the forms were ready to be rasided to the next coarse.