posted 2 weeks ago
We have had a longstanding leak in our hydrant, which has caused a problem with our well system. The drain for the hydrant, which protects it from freezing sprung a leak. We plugged it, and it ceased to be a problem for a while. Then the hydrant sent the water up through the nozzle. We attached a hose to carry the water to the pond. 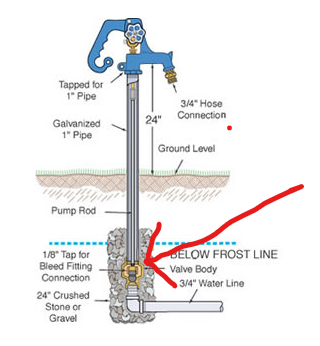 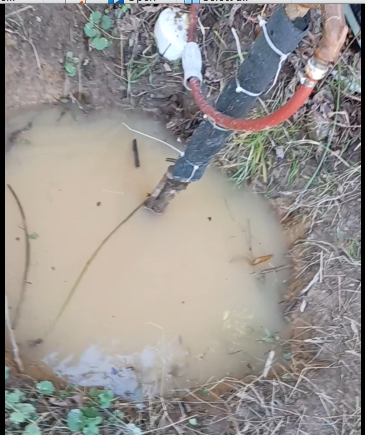 I discovered that there was an additional problem about two weeks ago. Here, the ground is wetter than it should be, given we've had no rain for several days. 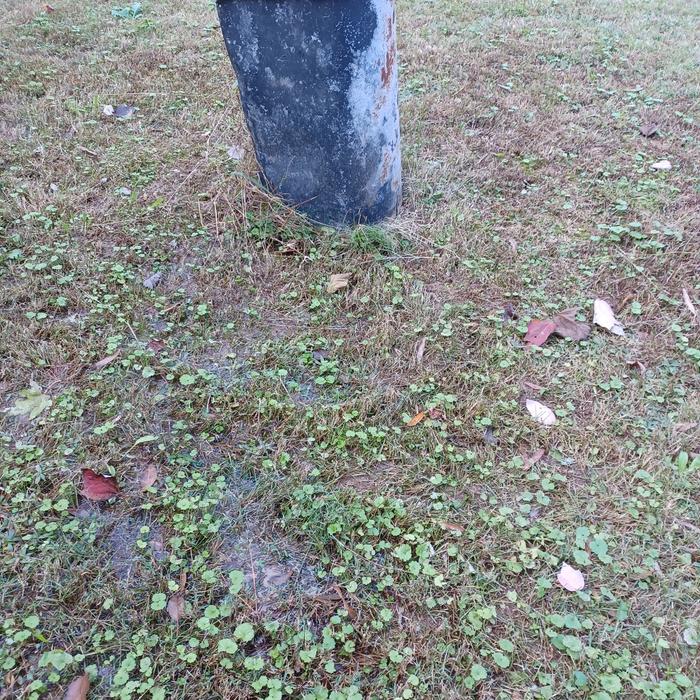 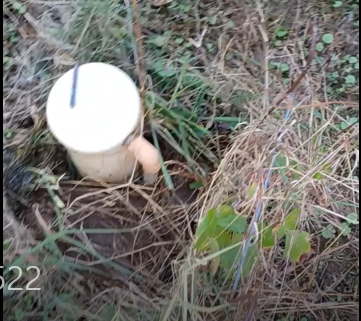 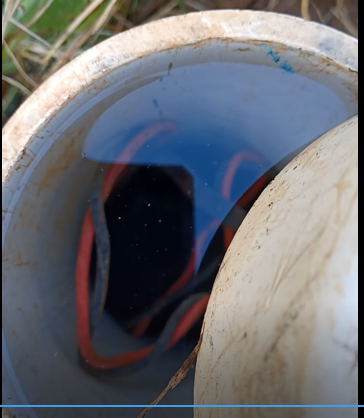 From that time, we have been turning off the well, except for about 2 hours near suppertime. 5-gallon buckets were used for flushing the toilet, and gallons of water were set aside for cooking and drinking. I thought this would give me time to troubleshoot the problem.

Below is a nice diagram of a well-to-house system. Unfortunately, it does not match mine. Sigh. We are in the mid-south where basements are very rare. The differences:

1. The pump power switch is on a breaker panel located on a nearby power pole.
2. Does the pump relay exist? Dunno.
3. The pressure switch control is inside the well casing.
4. There is no pressure tank according to my well guy. However, there is a tank nearby that is buried, it may be called a bladder? I forget what he called it. It is necessary for the well system, we've had to replace it before. In the youtube videos I found of well systems, everyone was mentioning a pressure gauge, not pictured here. It does not exist in my system.
5. The well's water shutoff is beside the hydrant. I have always used a valve located under the house.
6. At ground level, the casing is PVC. Maybe the lower sections are steel? From here, where there are suggestions for troubleshooting a myriad of well issues.

Monday evening, the well stopped pumping. I opened the well casing the next morning to retrieve the pressure switch. The well, having been turned off, has had time to drain the well casing. I wasn't gonna touch that water last time I had it open. I'm paranoid around electricity. Take a look at my switch. Hmmmm.... I wonder why it stopped working? 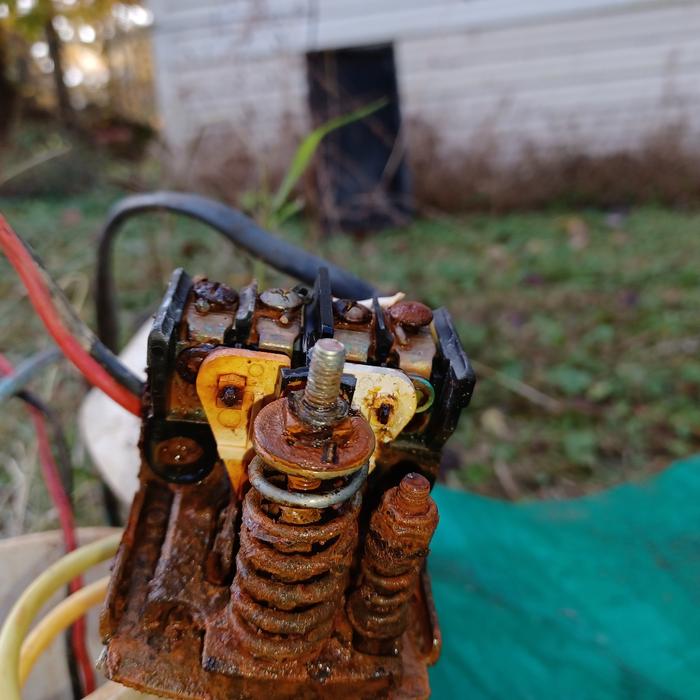 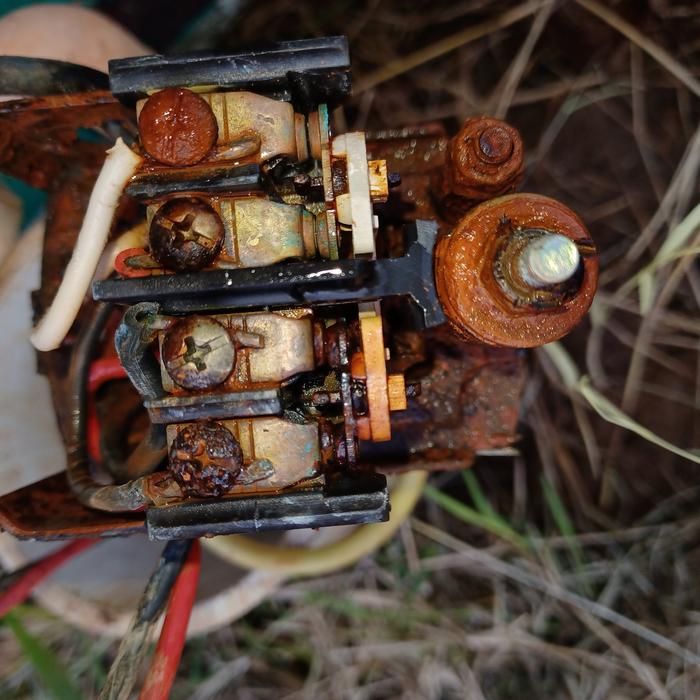 After seeing all that rust, I decided we needed a professional. The well is now up and running! More details to follow... gotta run.

Joylynn Hardesty wrote:W The drain for the hydrant, which protects it from freezing sprung a leak. We plugged it, and it ceased to be a problem for a while. Then the hydrant sent the water up through the nozzle.

This is confusing to me. The drain part of these hydrants can only drain what is left in the stand pipe. That's only maybe a quart of water each time you use the hydrant.

If something was leaking a lot of water/ water over time then it must be the seal on the pump rod leaking from the actual water supply. They sell repair kits for these and it's relatively easy to twist off the hydrant head, then pull up the rod and rubber seal to replace it.

Also possible that the stand pipe itself is leaking from a split or pin hole. Then you have to dig all the way down and replace the whole stand pipe like I did. Previous owner had either left the hydrant on during a freeze or the underground drain got plugged, causing water to stay in the stand pipe and freeze, splitting the pipe.

posted 2 weeks ago
The specific hydrant that we have, has no replacable parts. So a new hydrant would need to be put in there. The replacement is around $100 for the style that can be repaired. We are not able to swing that right now. Hunny is concerened about repeat of this issue, so we decided to put a plug in it at this point. Perhaps at a later date, we will put in the repairable style. I have some convincing to do.

My well guy was awesome! He pulled out the old hydrant and put in a plug for me at no charge. This was especially generous as it required two grown men considerable effort to twist that hydrant off the pvc pipe. Theroetically, I could have done this job. Reality is, I don't have the strength. The Kid would have been doing most of the work, with failure due to my weakness.

posted 2 weeks ago
I bought my hydrants for less than 50 at Lowe’s.

posted 2 weeks ago
What the inside of the well casing is supposed to look like: 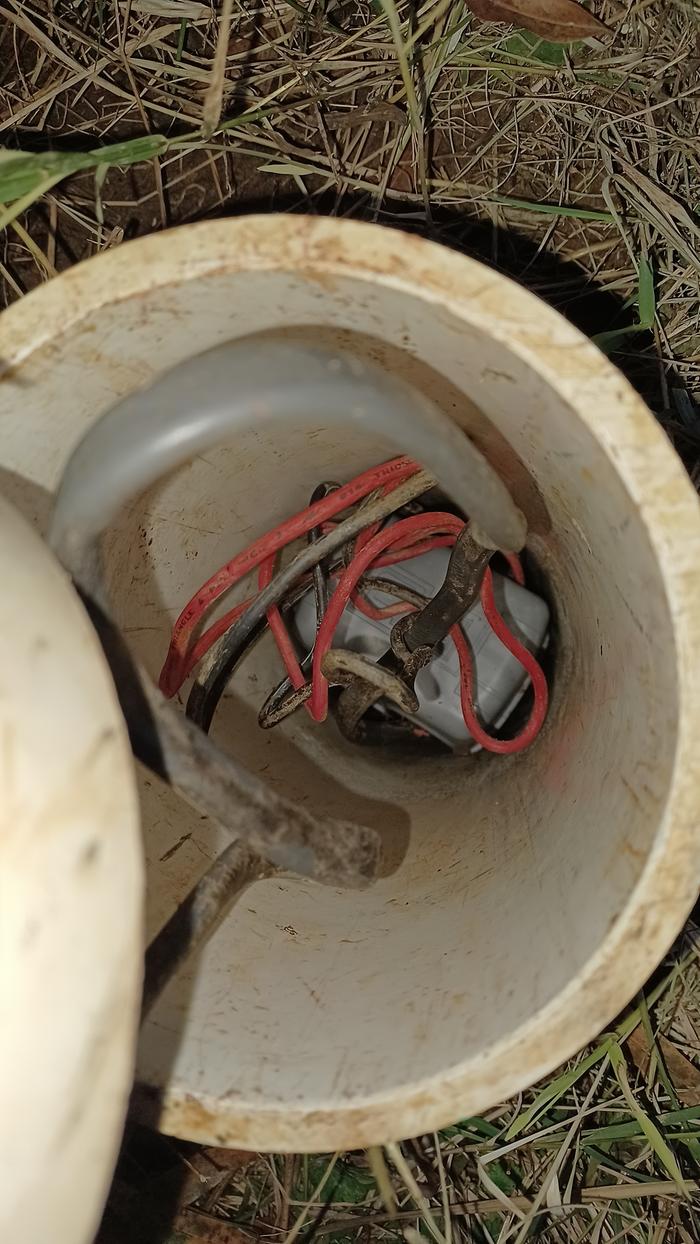 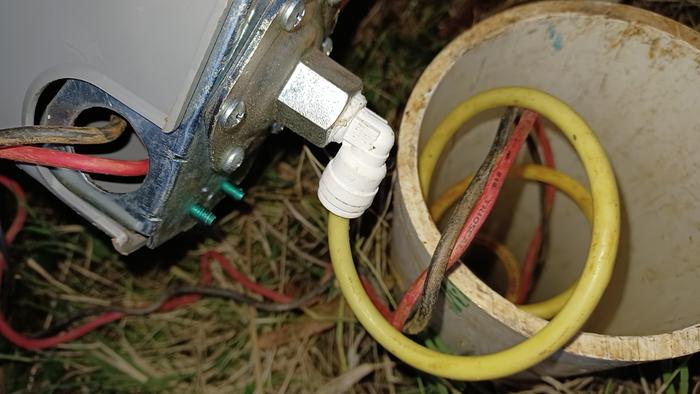 Down in the casing, you can see where the yellow cord attaches to a surface around 30" down. This is a cylinder-shaped thing about 10 inches tall. A T-bar was screwed into this to pull it out of the well. There are two O rings on it that also had to be replaced. 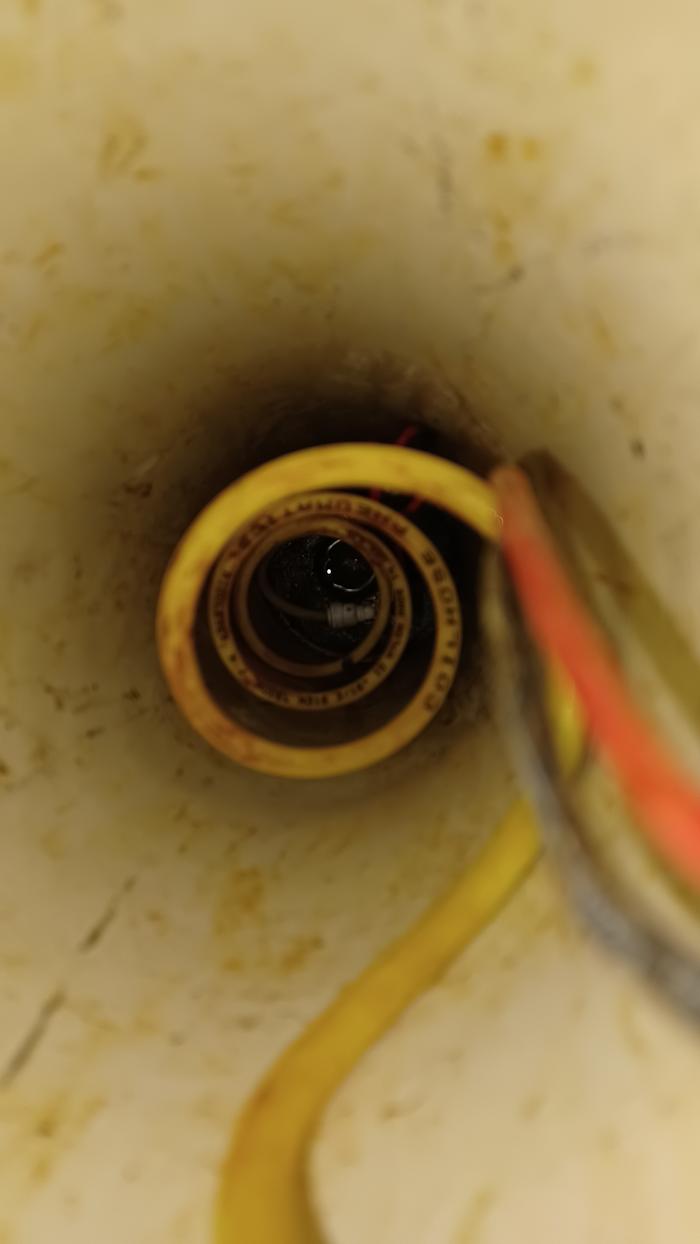 Here we have the plug where the hydrant used to be. Hooray! 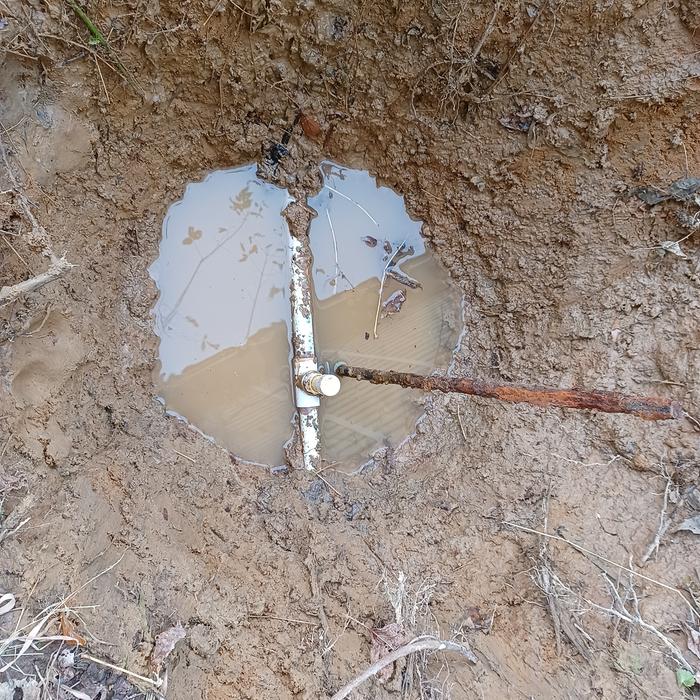 We are waiting to backfill the dirt. I hope that any additional leaks would drain to this hole.

The water level has risen less than an inch since the well has been back on. I am hoping that is from the ground seepage, not from damage to an underground pipe. It's a waiting game now. This afternoon at 2 will be the 48-hour mark, I'll check it again then. Tonight's rain will probably fill it back up.