Jennifer Wadsworth
Posts: 2679
Location: Phoenix, AZ (9b)
194
posted 6 years ago
Many of you may know by now that I grew up in various parts of Africa. This was due to the fact that my dad, a civil engineer, worked for USAID water projects. He's been scanning some of our old photos and I thought I'd share a few. This was his first USAID project. It was in Mogadishu, Somalia from 1969 - 1971. The project entailed capping off contaminated city wells and drilling new wells.

A lot of the population of Mogadishu at that time depended on wells for fresh water. Few houses had indoor plumbing. Our house had indoor plumbing, however, instead of hot and cold running water, we had "fresh" and "salt" water. This was brought to our house on a truck and pumped into tanks on the roof. Toilets an the "hot" water taps were connected to the salt water. Cold water taps were connected to the fresh water.

As there were still a lot of herd animals (cows, goats) and burden animals (donkeys, camels) in the city, many wells had to accommodate both people and animals. Animal pollution was one of the leading causes of contamination of city wells. 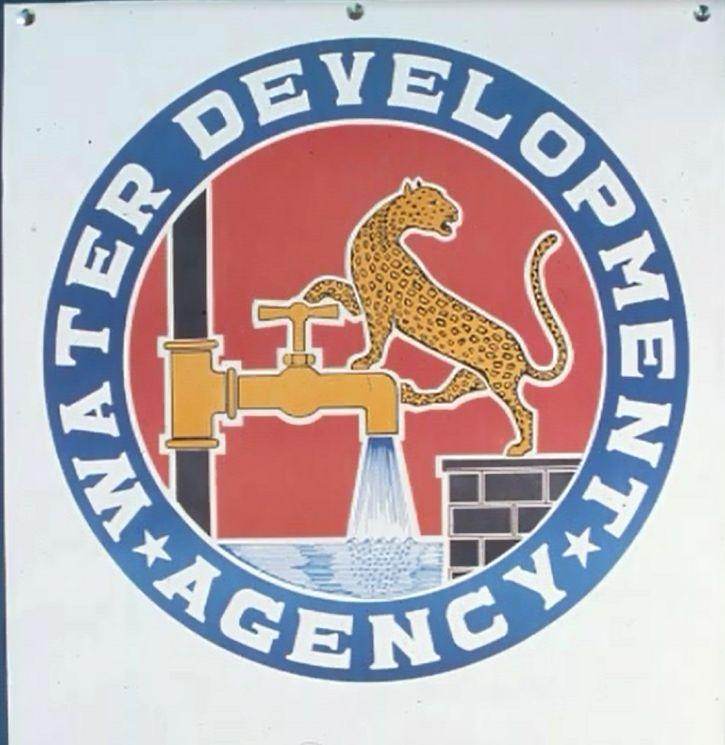 A traditional city well in Mogadishu. 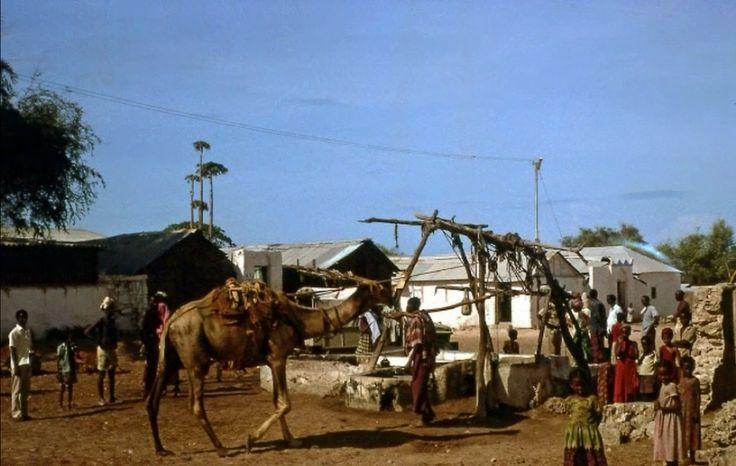 People filling water containers at a city well in Mogadishu. 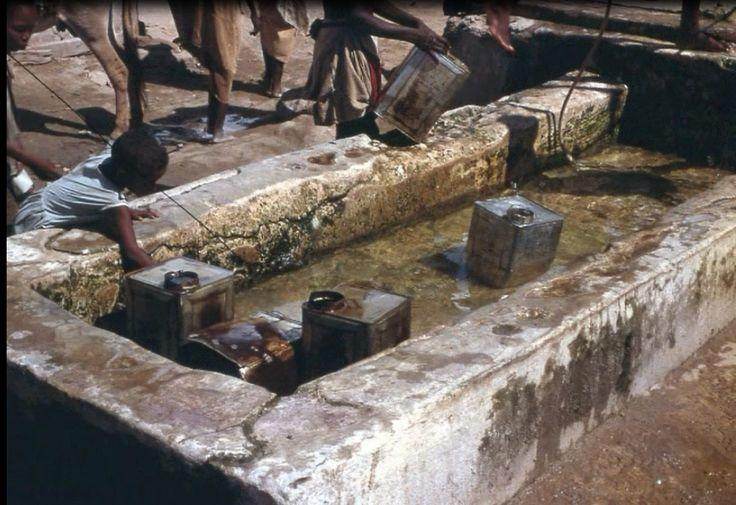 A contaminated city well that was capped in Mogadishu. Most contamination came from animal fouling. 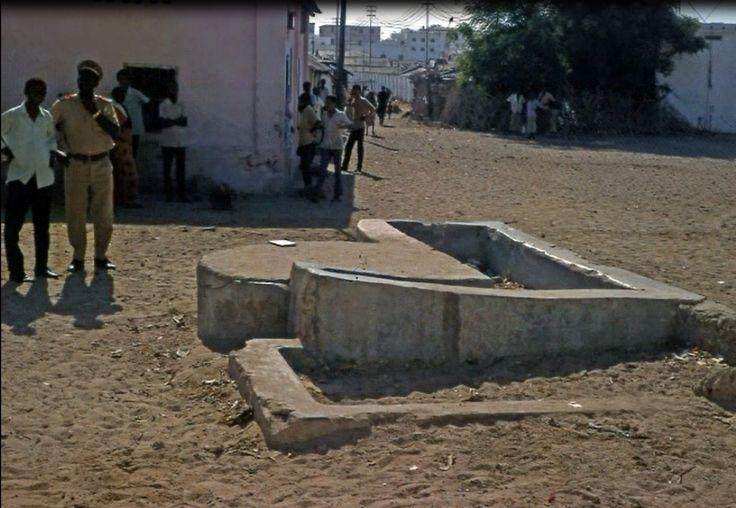 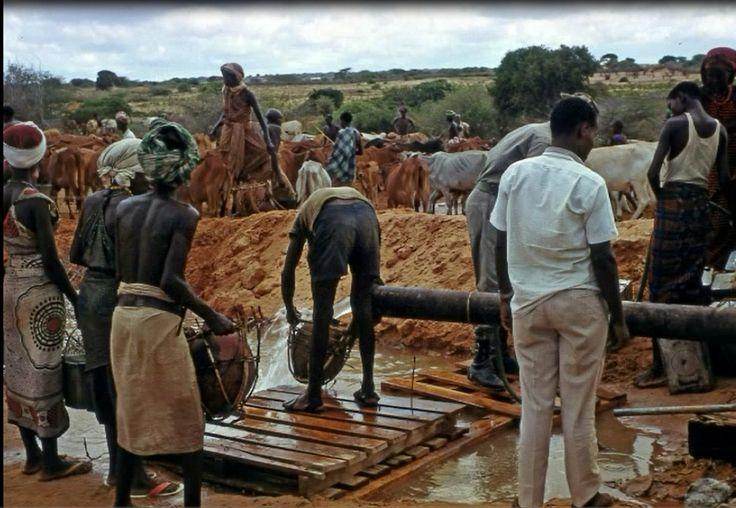 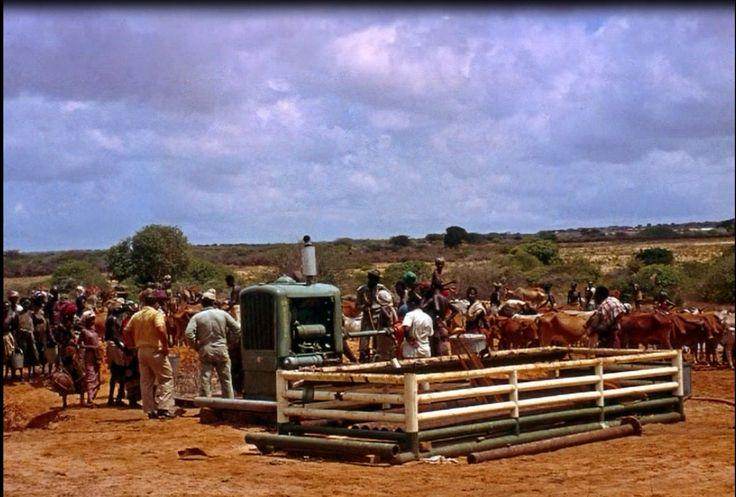 My dad and a local engineer at one of the new wells. 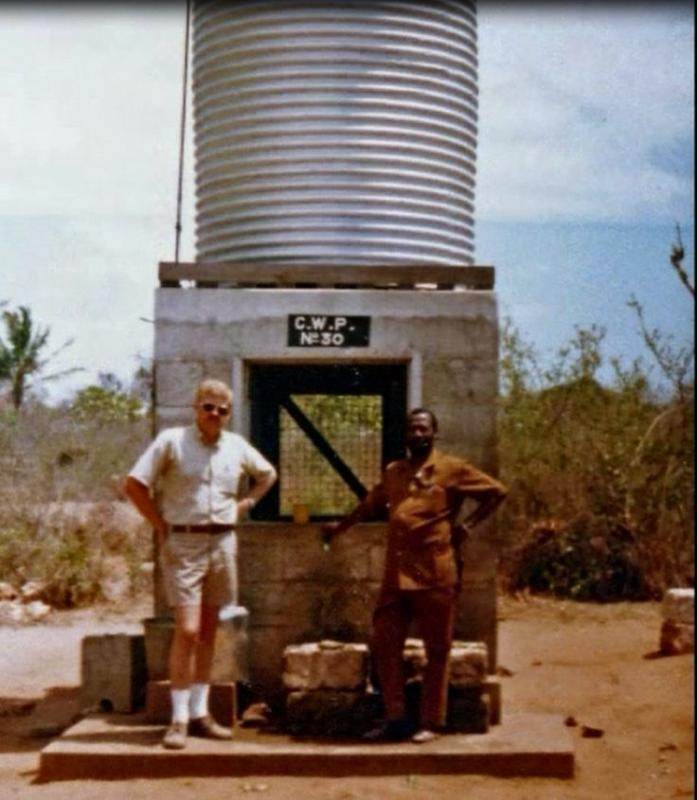 Somali nomad waiting to fill his water jugs at a well. Note his home attached to the camel's back. 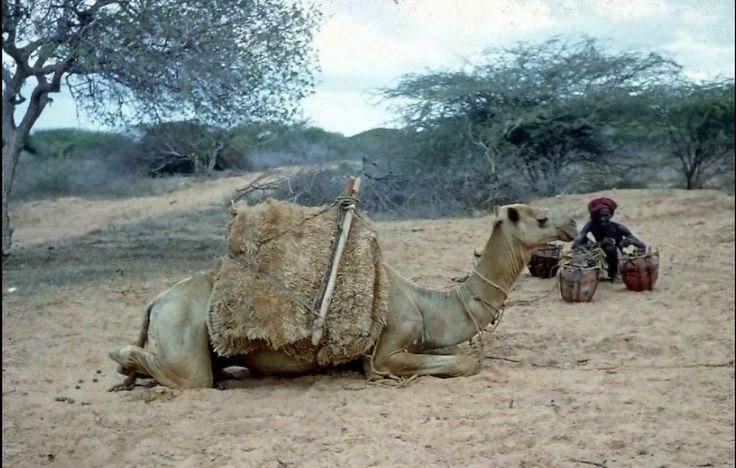 Jennifer Wadsworth
Posts: 2679
Location: Phoenix, AZ (9b)
194
posted 6 years ago
And a few more random pictures of our time in Somalia.

We arrived in Somalia in November, 1969. I was 6 years old. In October 1969, the military had assassinated the president and taken over the country. For awhile it was unknown if we would go after all. I remember very clearly looking out the window of the JFK International Airport in NYC. It was snowing. I was excited because in my six year old mind, I was SURE Somalia had dinosaurs and we would live in a cave where I could (without punishment) draw on the walls. I pictured a world very much like "The Flintstones".

All the way to Somalia on the plane, I practiced drawing the hunting scenes I would memorialize on our cave walls in Somalia. My father was a fierce dinosaur slayer and my mother knew how to cook dinosaur meat perfectly. As we started our descent into Mogadishu, I eagerly looked out the plane windows - surely I would see dinosaur heads peeking up above the clouds! I hoped the pilot was skillful in avoiding the jaws of some of the more fierce specimens.

Alas! Much to my dismay, there was not a single dinosaur in sight! We landed on the one runway at the airport and coasted up to a small building that was the international airport. Our "cave" was not ready to be occupied yet so we moved into the Juba Hotel for a week or so. This is when I discovered my first wildlife - it was NOT what I expected. My parents and I had adjoining rooms. Each night after my parents turned off the lights in my room, I started to hear skittering noises. I would flip the lights on again. Nothing. Lights off. Skittering. Lights on! Nothing! I crept out of bed - the noise was loudest in the bathroom. I waited silently in the dark. Skittering! LIGHTS ON!

Cockroaches......swarms of them! They ran for cover. I ran for the safety of my bed and jumped in! The bathroom light stayed on that night.

Finally our house was ready and we moved in. Unfortunately it was still "not OK" to draw on the walls. All that practice on the plane for naught. But there were other fun times.

Here's a picture from our 1970 4th of July celebration. It was held on the one and only golf course in Somalia. The "greens" of the course were where the venus flytraps grew in slightly greater profusion. The golf course was also part of the grounds of the American School. A family of ostriches lived on the property as well.

Our 4th of July donkey cart float - that's me in yellow. The gentleman guiding the donkey was a groundskeeper for the school. He also taught us all about the resident animals on the school grounds. Because of him, we were taught to respect the bat that took up residence in the game closet of my first grade classroom. 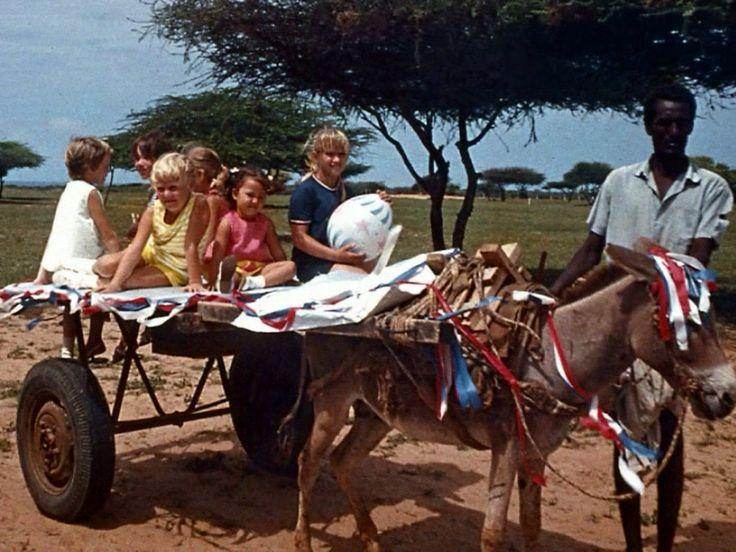 We travelled around quite a bit while we were in Somalia. One of the trips we took was to Kismayo in southern Somalia which is very close to the equator. It's also where a Scottish veterinarian lived. Doc Urkhardt retired to this area and his property soon became a wildlife refuge for wounded or abandoned animals. He also served as the de facto "western" doctor for Somalia. Otherwise, if you wanted western medical help, you had to fly to Nairobi, Kenya.

Me sitting on the "Equator" marker just outside Kismayo, Somalia 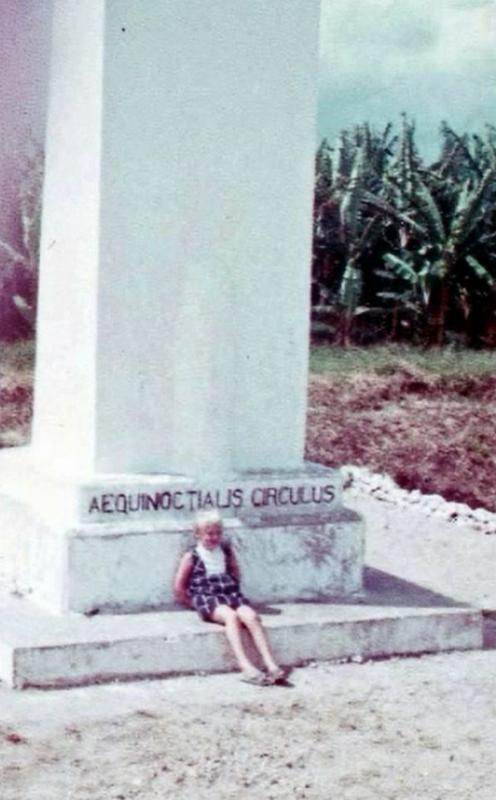 Mom petting one of Doc Urkhardt's cheetahs. Part of a pair whose mother had been killed, Doc raised them in his house until they started breaking furniture with their rambunctiousness. 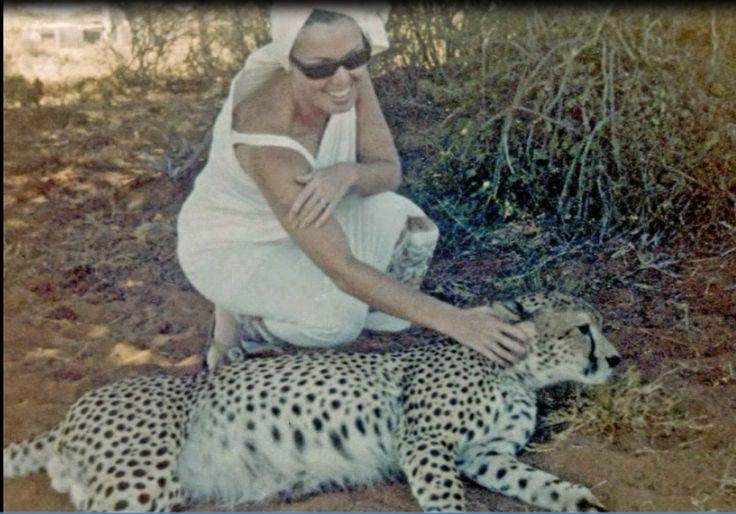 Parade in Kismayo on the first anniversary of the (1969) Somali Revolution. 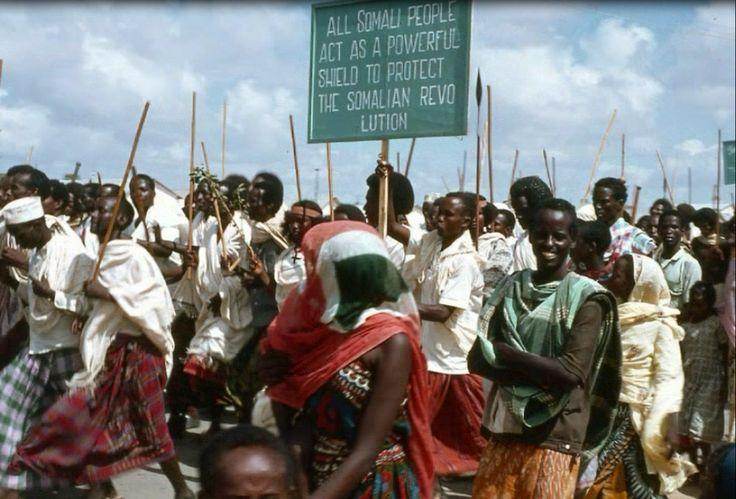 A float in that same parade celebrating the efforts of the Red Cross and Red Crescent in combating disease through local clinics. I love the painted pictures showing people receiving care! 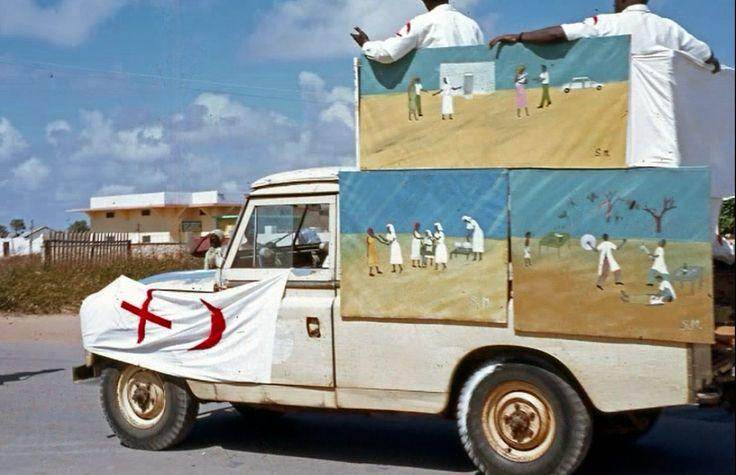 So despite the lack of dinosaurs and caves - Somalia was a pretty cool place to grow up in!

Keira Oakley
Posts: 79
1
posted 6 years ago
Amazing experience...! Not many people have had the chance to live or visit Somalia, I think the country was closed for a long time, for visitors...? How long did you stay there ?
Keira Oakley
Posts: 79
1
posted 6 years ago
sorry, saw it now, until 1971 was it? It must have been like a total different world, than the Africa we have today... thanks for sharing the beautiful photos!...
Jennifer Wadsworth
Posts: 2679
Location: Phoenix, AZ (9b)
194
posted 6 years ago
Hi Kiera - it was an AMAZING experience - I am very lucky to have had it. Things were dicey at that time and we almost didn't go because of a coup. We stayed there a little over 2 years of a 3 year contract. Then all the Americans left due to a pissing match between the USA and the then USSR over who controlled the entrance to the red sea and some other shipping lanes and it became an even more unstable place to live. Many of the products we used every day were from the USSR such as milk in tetrahedral containers that you didn't have to refrigerate and greyish colored "ice cream" that was really more like ice milk. Fun times