Jennifer Wadsworth
Posts: 2679
Location: Phoenix, AZ (9b)
194
posted 6 years ago
I'm pretty sure I was a dung beetle in a former life - hence I love to see videos that glorify the dung beetle.

posted 6 years ago
I liked that! But I'm pretty sure he said the bug had crapped on his finger (at the end), not that the bug was saying anything.

My husband says we should have that couple tour the Midwest with their ideas about encouraging dung beetles, since they look like farmers (unspoken: not like hippies).

You should hear Greg Judy talk about dung beetles. He LOVES them.

Dale Hodgins
Posts: 9002
Location: Victoria British Columbia-Canada
670
posted 6 years ago
One of the most commonly depicted creatures in Egyptian art is the scarab or dung beetle. Go to Google and view a map of where they live. Almost everywhere.
Jennifer Wadsworth
Posts: 2679
Location: Phoenix, AZ (9b)
194
posted 6 years ago

Julia Winter wrote:I liked that! But I'm pretty sure he said the bug had crapped on his finger (at the end), not that the bug was saying anything.

...it was the dung beetles non-verbal commentary

Dung beetles are the BEST! I hope you can attract some to your place. I fear I have too little dung to attract any to my urban plot - which is funny because people usually tell me I'm full of ...dung.

Dale Hodgins wrote:One of the most commonly depicted creatures in Egyptian art is the scarab or dung beetle.

Indeed - I have seen them up close and in person!

These were taken in August of 1971 about 2 weeks before my 8th birthday. You'll notice a distinct lack of other people in these photos - this is because it's August in Egypt. Only fools would tour Egypt in late August.

Why? - because it is freakishly hot. However, my dad's water project in Somalia was halted due to some aggressive posturing between the US and USSR to assert naval control over the entrance to the Red Sea. And so we headed for home (Utah) via Egypt and Europe.

Note you can see a hint of green fabric on the back of the closest camel - this was an advertising camel blanket for Canada Dry! 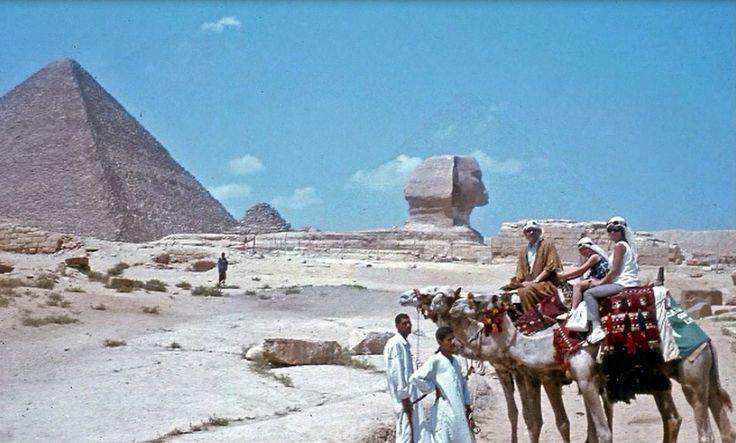 I keep meaning to use this picture as a Christmas card - but instead of the three wise men, we would be the "three idiots who went to Egypt in August". Still we basically had the run of the ruins to ourselves and got into see the interior of King Tut's tomb - can't do that anymore.

And yes - my mom's a babe! Alas, I took after my nerdy father... I am trying desperately not to slide off the camel in this picture! 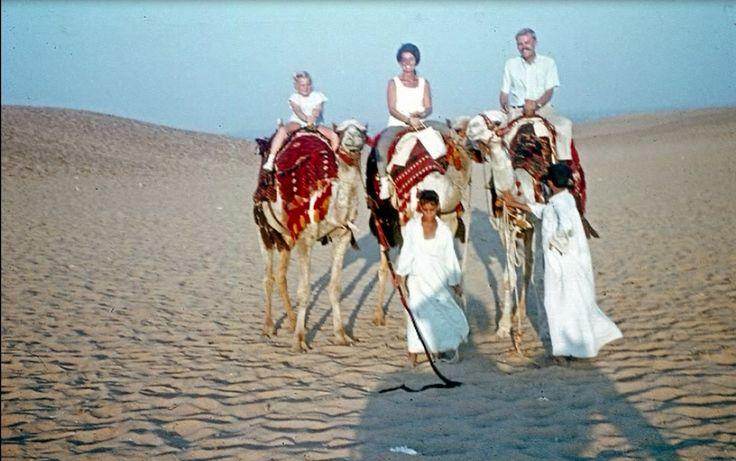