I was wondering if you could share your lessons learned on your previous and current Kickstarter projects.

This spring I'll be attending a 2 day course that relates very well to permaculture but it is a topic that I feel very few know much about. I feel that the topic is important and I want to help get the information out there but also help the person/organization who teaches it because they do good work and can have a major impact on the environment.

Would you recommend that I just bring a handheld camera or should I get a real video person with a professional camera to shoot this?

I already have a great editor so besides the editing and the filming how much work/time did the Kickstarter projects (the ones that were relating to classes/teaching/videos) involve?

Any dos or don'ts that you can pass on?

I've not even approached them yet about taking video and doing a kickstarter with them because I want time to investigate the idea first. For all I know they might not want to do something like this with me - they might want to do it entirely by themselves or might decide they don't want to do it at all.

I have a habit of jumping in feet first to projects but with limited time because of a full time business and three kids, I want to start evaluating big projects before I open my mouth and find myself in another committment.

Thanks for any thoughts you or others can share.
Sheri

posted 6 years ago
First, as with nearly everything: try 100 things - 2 of them will work out and you never know in advance which 2.

Kickstarter was one thing I tried that worked out. So it is only reasonable that I try again. And I have now racked up 4 funded projects and 0 non-funded.

Each time I do it, I learn more and more. And fortunately, I have some people with a LOT of experience with kickstarter from the funding side, giving me excellent advice (they will probably read this post the same day I write it).

I think the kickstarter site itself is riddled with excellent advice. After all, they take about 10% - so they very much want you to have a successful kickstarter.

I had a really nice camera for filming of the rmh 4-DVD set. But it was mounted on a tripod for still pics. And I mostly used it like a mono-pod (with one leg down and two legs up). And my subjects did not wear microphones. In hindsight, if I downgraded the camera, and put a good microphone on ernie and another on erica, and made the camera stationary with a VIDEO tripod, it would have been better.

Here is something that Matt Walker, a musician, turned me onto and has been a huge help for sound quality: 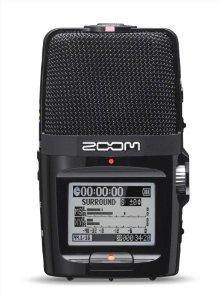 It records audio and stores it on it's own little card. The sound quality is excellent. And you can hook a tiny mic wire up to it if you want. During editing, the sound is lined up with the video. It's a common thing to do and can usually be done automatically by the editing software. So now you have two copies of the sound - just in case. And on the one on this microphone will be FAR higher quality.

This next item was something Bart required me to purchase. 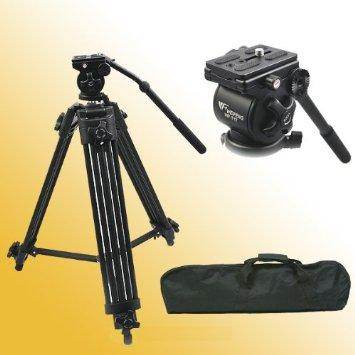 Wow - this makes all the difference in the world. There is some sort of goo in it that makes it so you cannot possibly make jerky-cam motion. Most of the time, you just point at your subject and DON'T MOVE. But when you do need to move, it is silky smooth.

The only thing I wish for is the ability to be MUCH higher.

In the RMH DVD, people that could not get to the workshop wanted to see a video of it. So quality expectations were low. Then the editing started to look like a big job. So the kickstarter was one of those things where if we didn't get enough money, we would simply not do it - we got out of all that work. And then when so many people supported it, I felt bad that I didn't do better with the video/sound quality. We tried to make it up with some extra footage. Most people seem happy with the results, but some people seem freaky pissed.


I am now leaving 90% of the video-ing to Bart. But it is good to have lots of extra footage for Bart to work with. For actual videography advice, I would point to Bart.

For both the rmh kickstarter and the earthworks kickstarter, in hindsight we sold the DVDs for about $25 per DVD (a little less than the going price of $30 to $40 for such a specialty DVD). I like the idea of giving the people that support my kickstarter a better deal than what we sell it for afterward. During the RMH stuff, I was seriously thinking about NOT selling it after. If you didn't get in on the kickstarter, you just don't get it. We eventually got everything straightened out and sold it. I think we will sell it afterward for all projects - now that we have that sorted out how to do it.

I think that if we do a kickstarter for a video again, we will sell the DVDs for $20 during the kickstarter and $25 after. I like the idea of giving more candy to the people that support the kickstarters. Once the product gets to be a year or two old, I can see dropping the price.

I also think that i want to do more about making the kickstarter available via streaming. Streaming is something that came up in the middle of the last kickstarter. It turned out to be an enormous amount of work. But now that we have a mediocre solution, I like it better than the physical DVDs. It is currently $20 per DVD. I hope to be able to find a service that meets all my needs. Vimeo is falling short in a lot of ways. If vimeo improves, or if we find something better, I could see dropping it to a lot less for the kickstarters. As is, right now, I give each person access to each video. So it takes a while for each person. If 100 people got it during a kickstarter, it could take the better part of a day to process 100.

In looking at the results of the kickstarters, 60% of the funding for the last kickstarter came from my daily-ish email. And this one looks like it might be closer to 80%. Jack Spirko talked me into starting that. His advice in that respect turned out to be golden: do NOT try to please everybody - that is certain failure. Do it your own way, and tell everybody that doesn't like it to unsubscribe.


And: support lots of other kickstarters. Get an idea of how they work and what are good ones and what are bad ones. I see a lot of kickstarters where they want $40 and they will send you a postcard. I think that is a terrible kickstarter. And they tend to not get funded.


Setting up a kickstarter does take a lot of time. Ignoring the huge amount of time Bart has put in, and ignoring collecting the footage, my time so far for this one is something like ... 60 hours. And there have been a lot of things I have tried to bring attention to the kickstarter that have failed. And the things that succeeded (something was published) have turned into zero support for the kickstarter. Once the kickstarter is done, then comes the really hard work. On the last DVD project, Bart did all the editing and distibution. I did the streaming stuff. I probably put in 200 hours after the kickstarter. It is bizarre how many things go wonky and need large gobs of time to sort out.

posted 6 years ago
Somebody made the following suggestion for my upcoming kickstarter and I decided to share my response here:


How about some sort of remote consultation or Skype call in the $200-$500 range, perhaps combined with another reward level.

I tried that in the past and got two people who did that. I think if there were 20 people that did it, I would do it again. But with only two .... I feel a bit like the rewards list was too long already. So that reward was taking up valuable real estate which very few people were into.

I want to suggest that nobody does this for their kickstarters. The problem has to do with how you set your budget up for, say, $18,000. So if you get that, you barely get funded and your budget is super tight. You need every penny of that to pull the whole thing off. And you have your dates set so that you work long and hard to get the product out.

In this case, I would think that assist person could be me, or it could be ernie and erica. Let's suppose it is ernie and erica. So, kickstarter takes 10% and the rest would go to ernie and erica. Even if I got to keep 10% of that, I would still be in a position where I need $18,000 to pull of the rest of the work, but I now have only $5000. The project is doomed.