posted 5 years ago
This exact structure.

posted 5 years ago
This isn't an exact answer, though if it helps, I believe it was a combination of at least these items:

I think it's cool we used some logs and lumber from the land, and I think using reclaimed lumber, and reusing items for other components is also neat. Someone who is really reuse savvy could likely build it for far less than what we did at wheaton labs. We're amassing some awesome supplies and storage areas for being able to build more resourcefully going forward.

posted 5 years ago
So sam, what kind of heat did this thing end up using this winter ? I know there is insulation, but what else?

Also, there is no water in it is there?

Does the little solar dealio work during the winter at all? With the lack of sun?

Sam Barber
Posts: 641
Location: Missoula Mt
43
posted 5 years ago
We are currently working on a 4 inch rocket mass heater for the love shack. It currently has a solar collector on it which keeps it at a livable temperature. I also have plenty of blankets to keep warm and my mouse friends. lol
It isn't connected to water at all the only water is whatever I bring there. The solar collector works in the winter, there is generally a good amount of sunny days and the love shack holds heat pretty well.

posted 5 years ago
Here's sam chatting about the loveshack and a few of it's cool features.

Hire me via http://www.davinhoyt.com contact page. Want to sell to permies? Want to construct at home?

Sara Yag
Posts: 36
15
posted 4 years ago
Open the window to see the volcano and spot wild turkeys passing by and walk out from the sweet lil shack to a beautiful view of the morning sun rise over the mountains.
come grab a bunk in the beloved love shack!
received_10208919820583969.jpeg
received_10208919820383964.jpeg
Sara Yag
Posts: 36
15
posted 4 years ago
"Love shack, baby love shack"
All ready for your Volcanic enjoyment.
Complete with a mini clay heater, solar panels, candles, and crafts 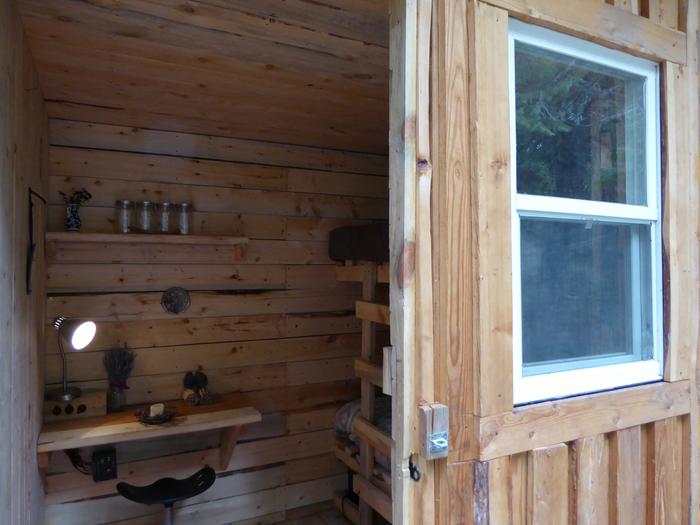 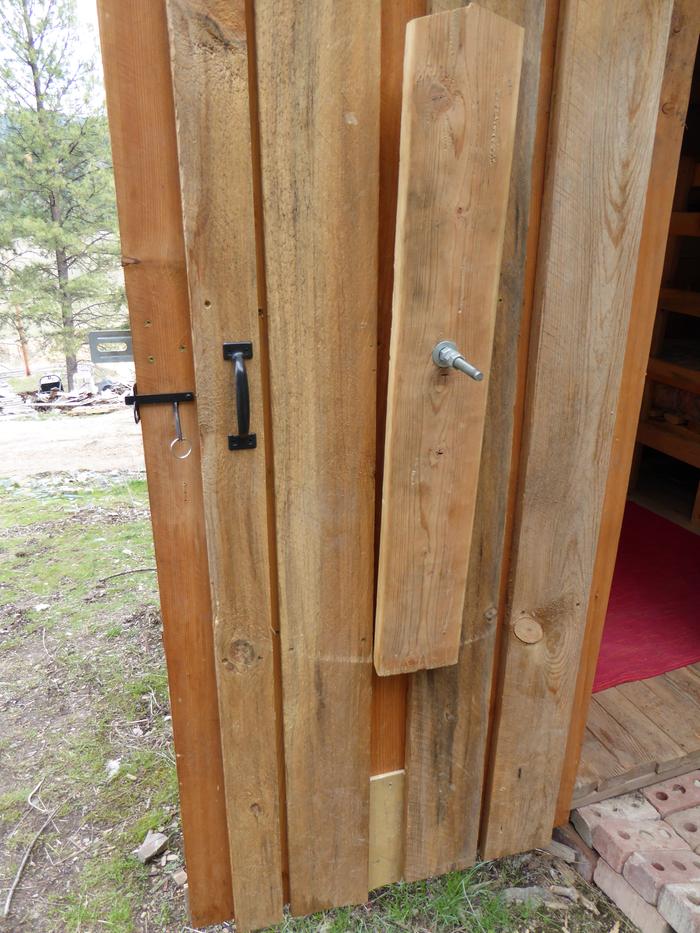 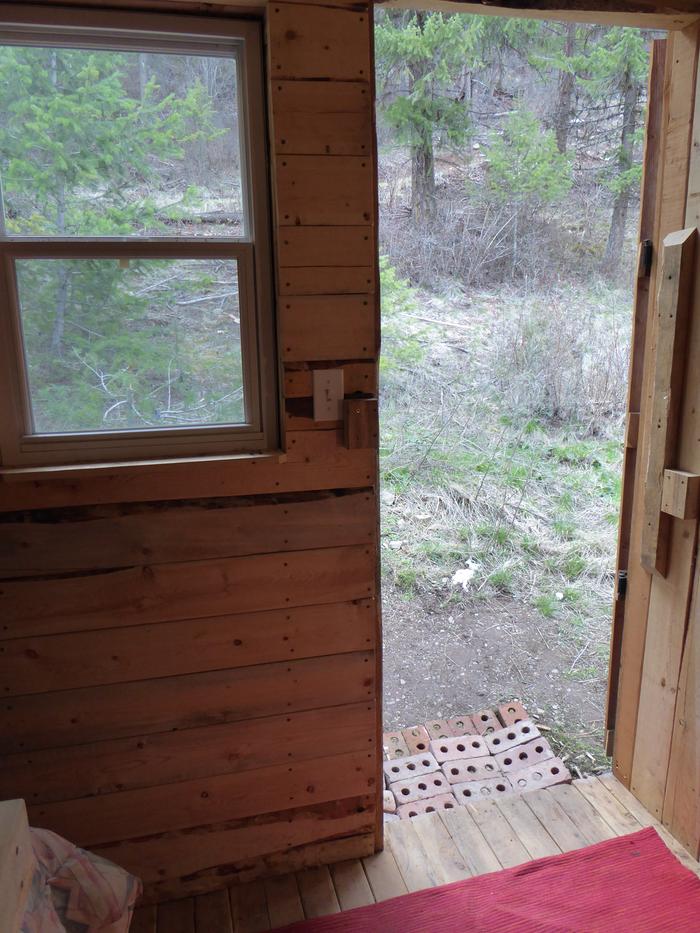 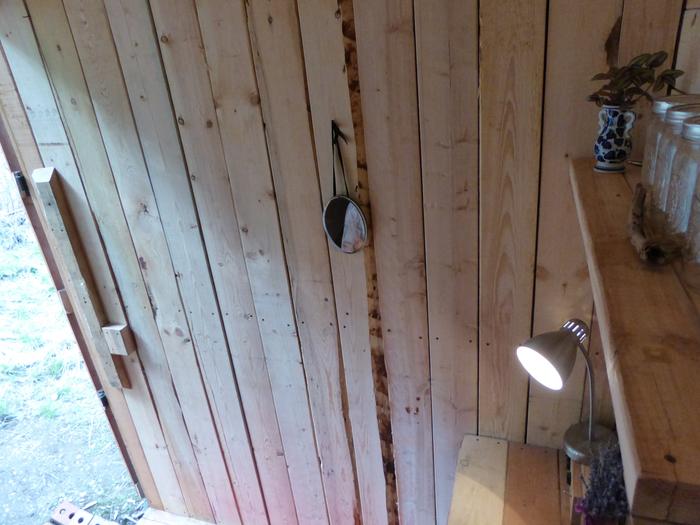 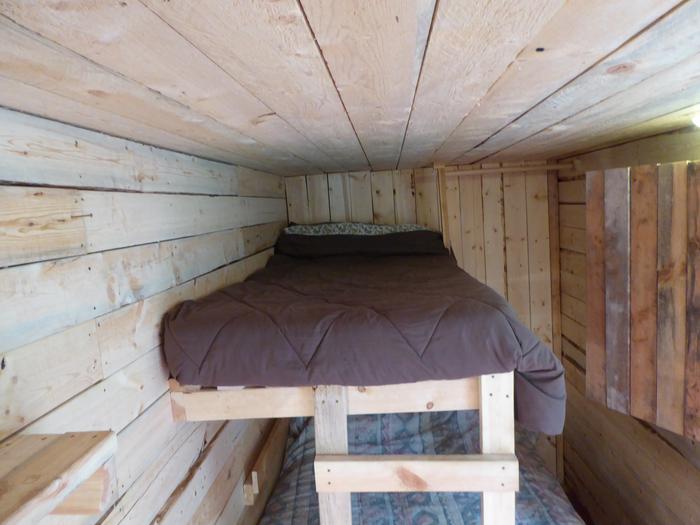 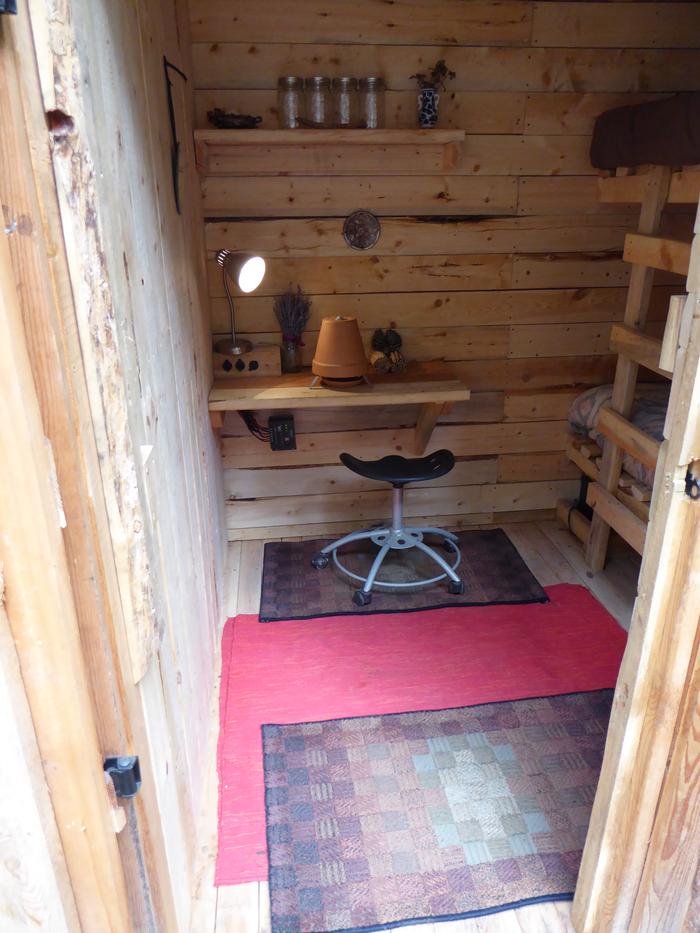 posted 4 years ago
Will somebody please remove that weird barricade thingamabob?

So you are saying that somebody actually likes it?

posted 4 years ago
I wanna hear more about the clay pot heater, err, mini clay heater. Is that it on the desk? What does it burn, or is it electric??

posted 4 years ago
The mini clay pot heater works off of candle power. I used one years ago to take the chill off a small office I had out in the barn. They won't heat a large space, but they will make a cold small room comfortable to be in. If my office had had insulated walls and ceiling, it would have been even warmer.

My clay pot heater had 3, or was it 4, pots nested inside one another. There was a bolt running down through the pots' center hole and spacers that kept the pots separated by about 1/8 to 1/4 inch, and the nut & bolt held the contraption together. I didn't make the thing, so I'm not exactly sure of the spacing. The outmost pot had little legs that held it up above table level, and they fit inside of a larger diameter ceramic saucer.

To operate it, i lifted the pots and placed a candle on the center of the saucer. Then lit the candle, then replaced the pots atop the lit candle. It took several minutes before it started giving out heat, I guess because it was heating all those nested pots. But once it started putting out warmth, it felt nice.

A candle by itself sends it's heat to the ceiling. But when it heats those nested clay pots, it radiates into the room space. I don't know how came up with the idea, but it's nifty.

I've enjoyed a few days in The Love Shack and am having Permaculture Design fantasies about the sanctuary this spot will become! 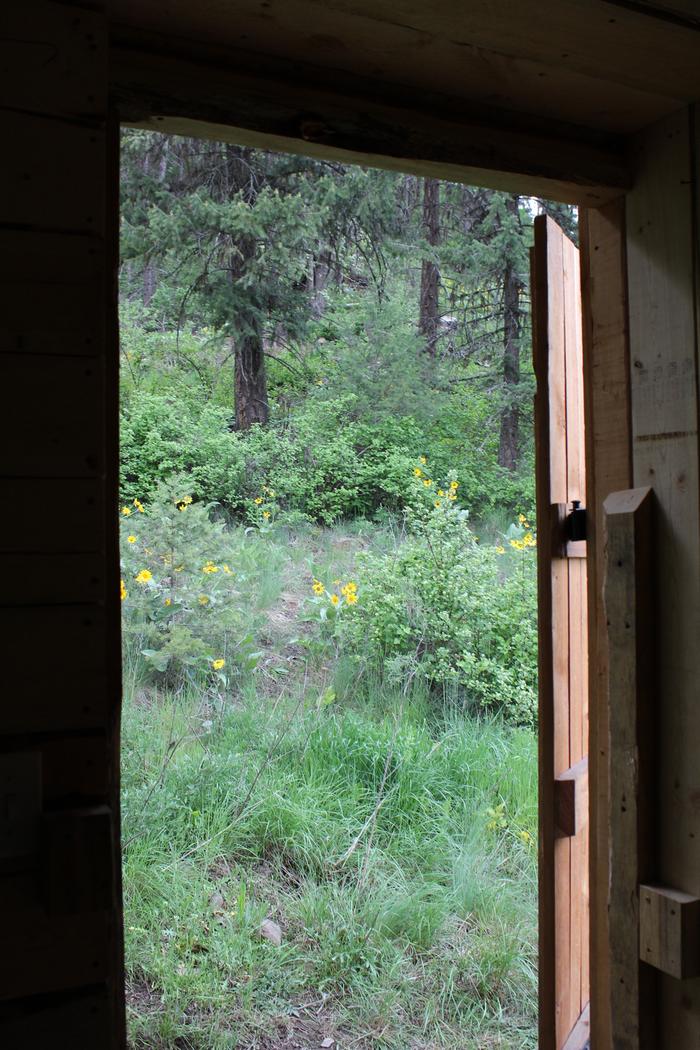 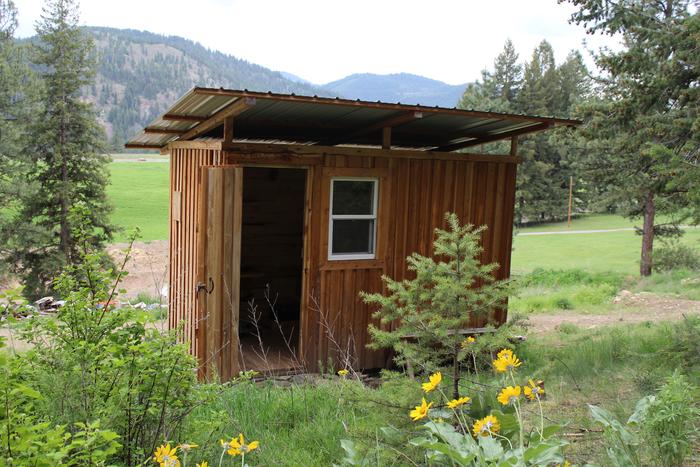 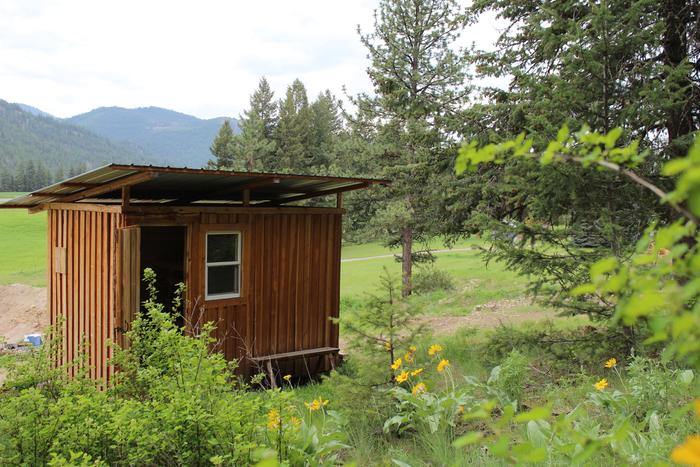 posted 2 years ago
Peter van den Berg's "Minnie Mouse" rocket mass heater was moved into the love shack.   And along the way, Peter gave it a significant upgrade: 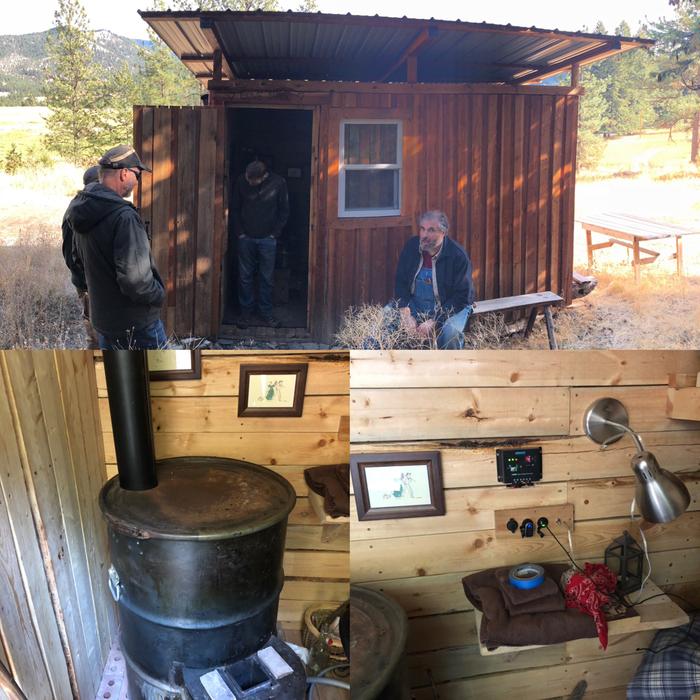 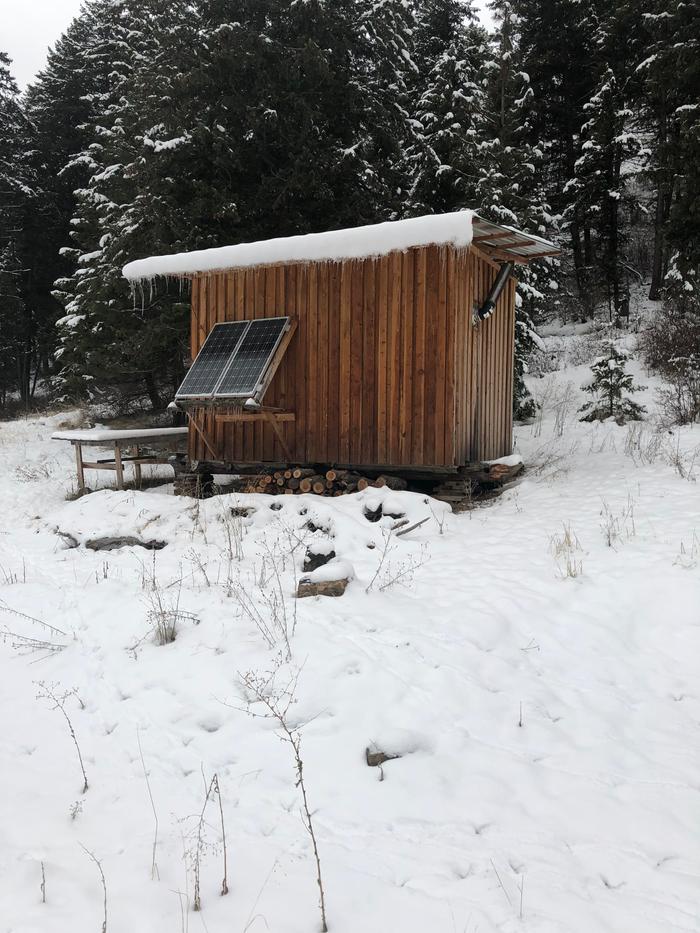 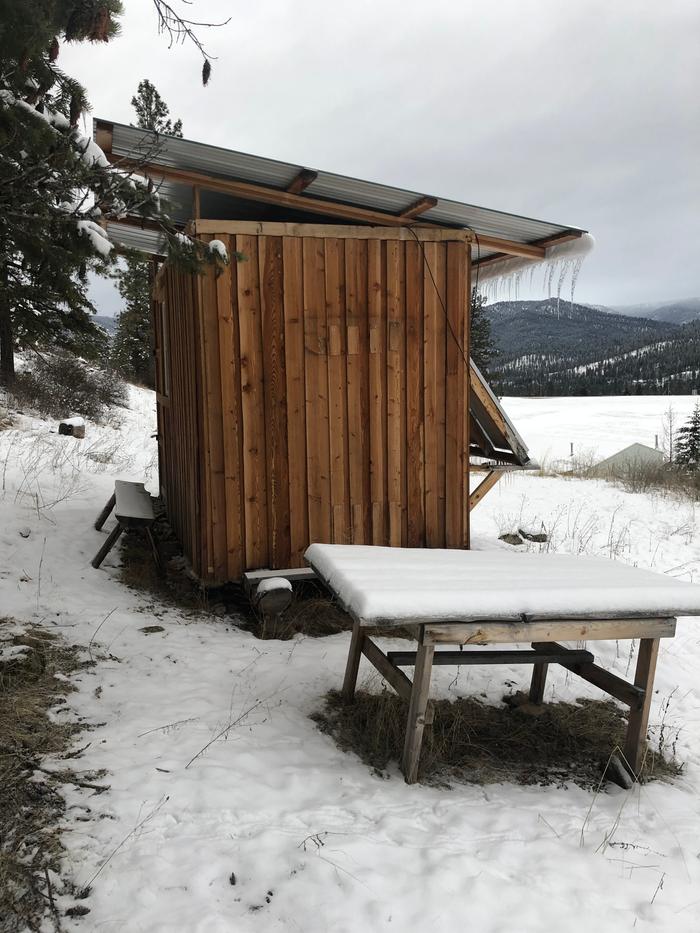 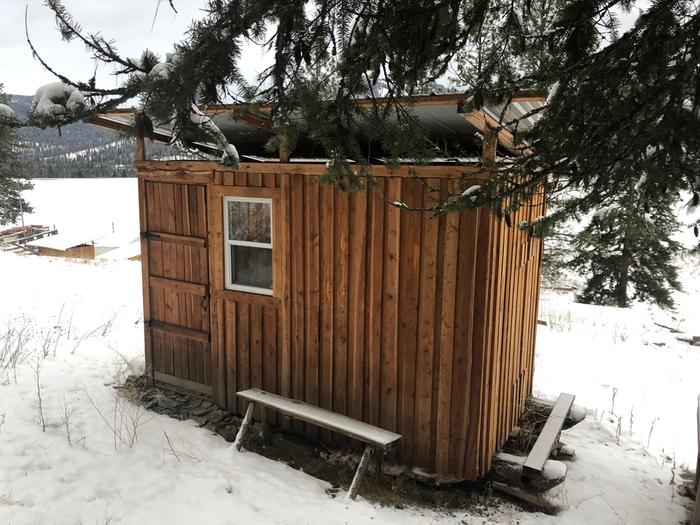 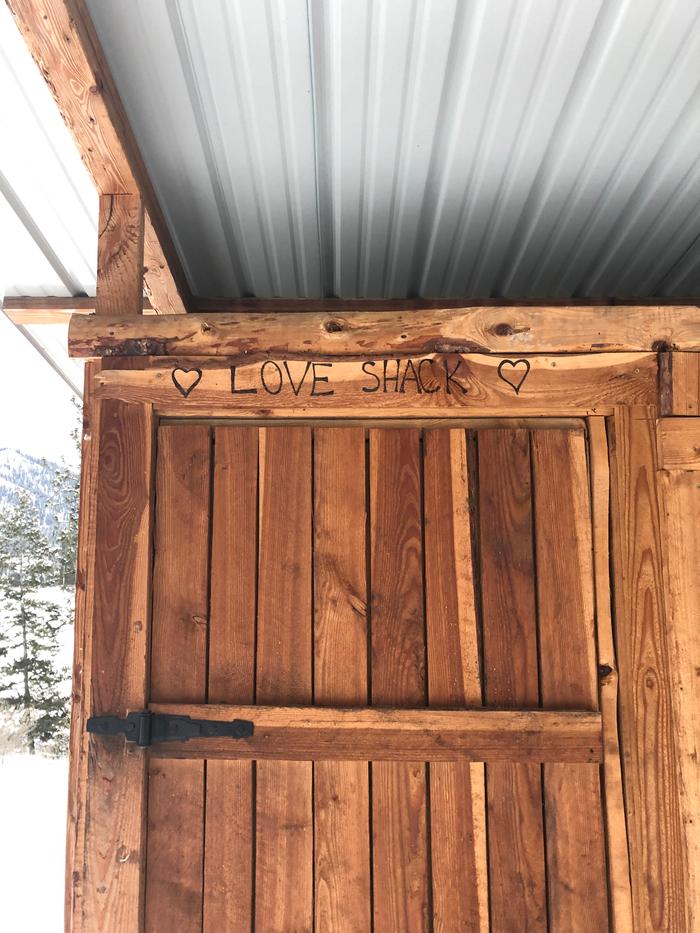 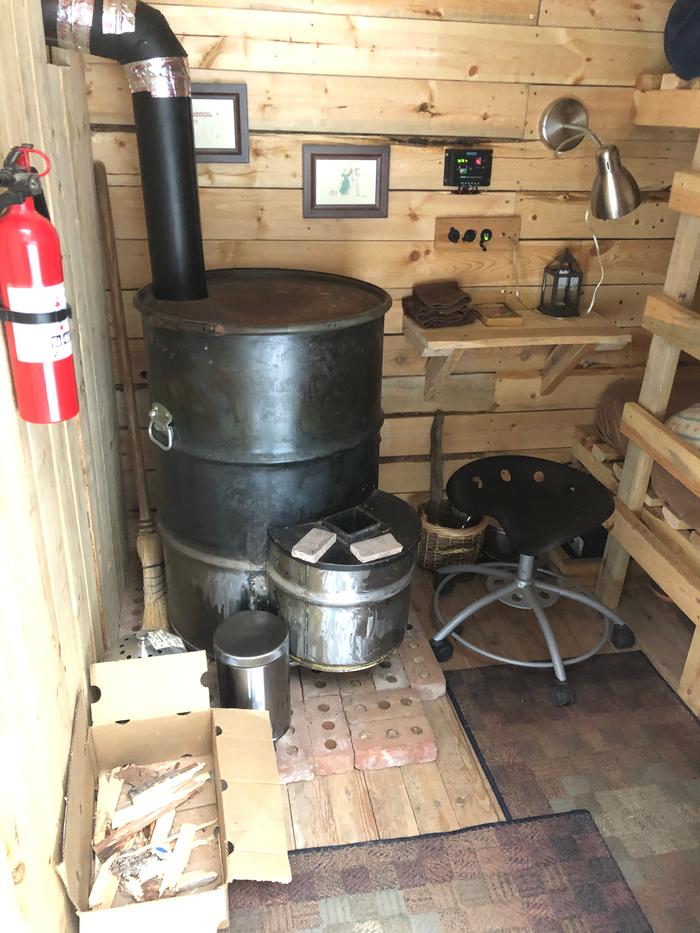 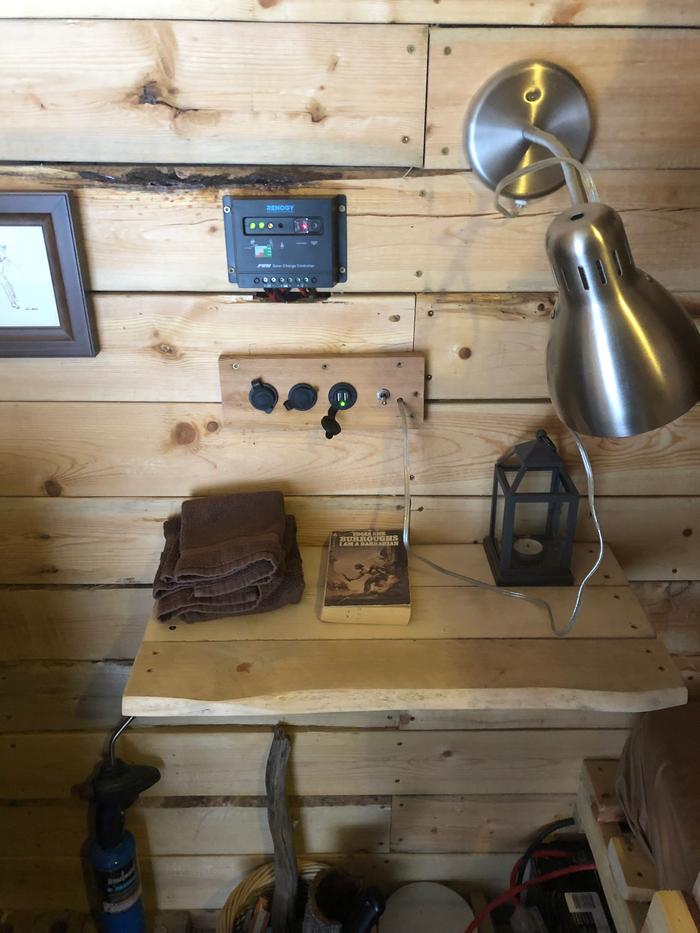 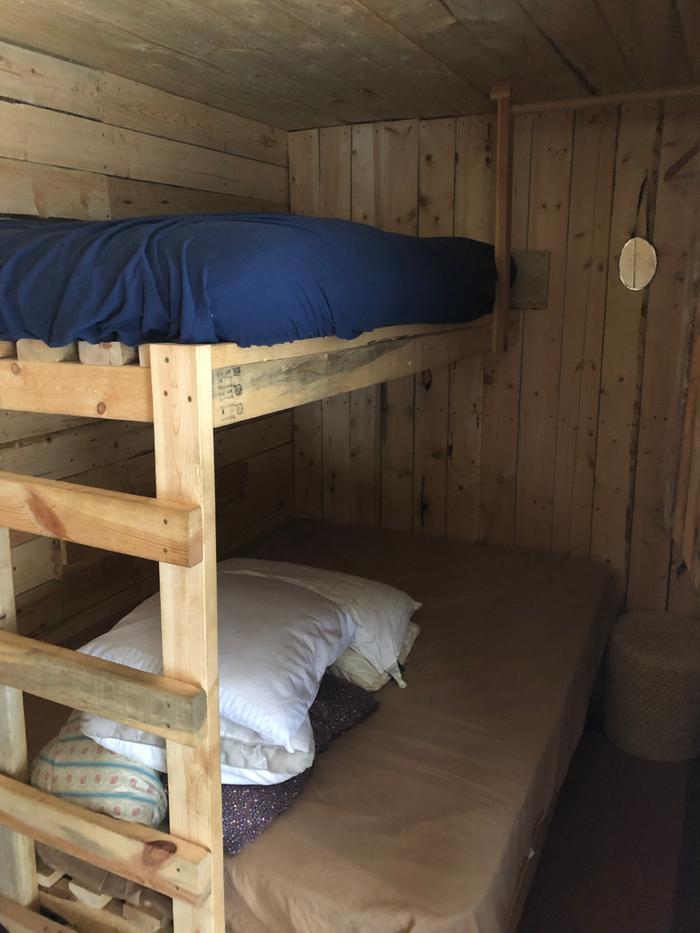