posted 8 years ago
Any idea what this might be? I'm not sure if we should eat them now.
weird-skin.jpg 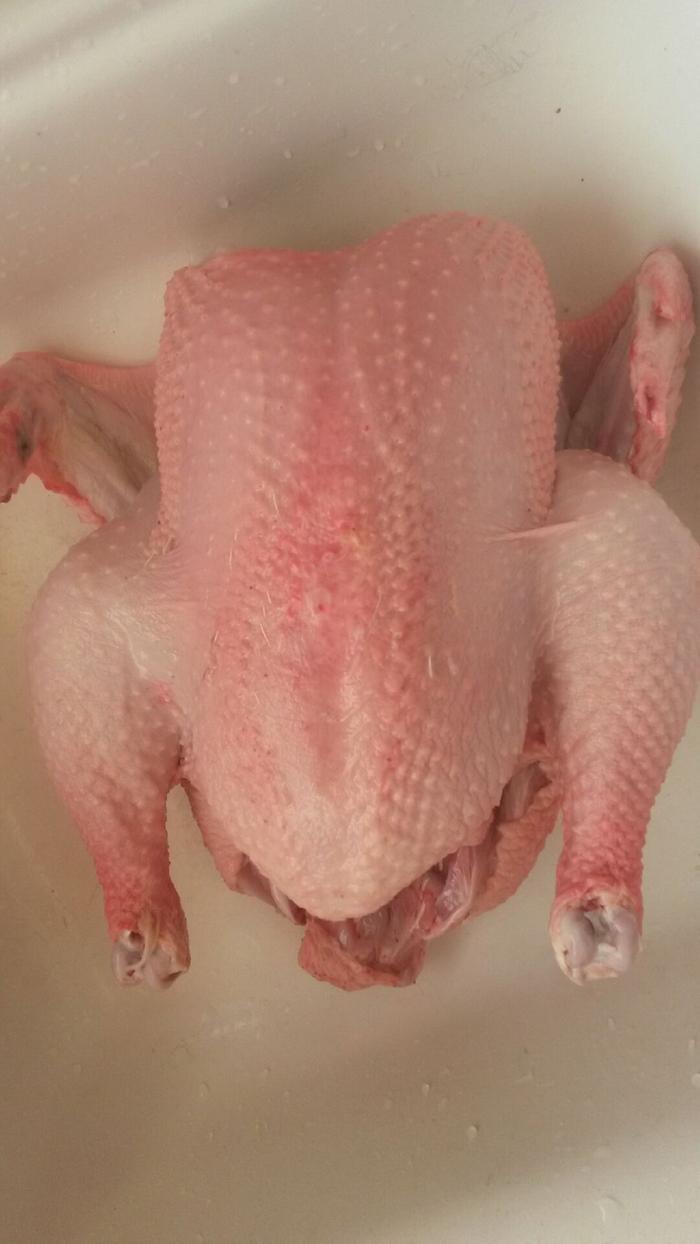 Alder Burns
pollinator
Posts: 1617
Location: northern California
255
posted 8 years ago
Looks fine to me. The reddish color here and there might be some bruising from the chicken flopping about when it was killed.
elle sagenev
pollinator
Posts: 2882
Location: Zone 5 Wyoming
495
I like...

Alder Burns wrote:Looks fine to me. The reddish color here and there might be some bruising from the chicken flopping about when it was killed.

Perhaps this is because it's the first time we've killed actual broilers but I've never seen birds like this before and one of them wasn't pink so I assumed it was an issue.

It has been suggested on a chicken forum that our scalding water may have been too hot. A possibility I suppose.

They don't flop much though. We tie them by their feet before slitting their necks and they don't tend to know it's coming. These ones were really tame. The kids used to pet them like dogs.

John Weiland
pollinator
Posts: 2118
Location: RRV of da Nort
491
posted 8 years ago
Looks fine to me as well......certainly within the usual color variation that we've seen for both straight plucked and scald-plucked birds.

Tracy Kuykendall
Posts: 165
2
posted 8 years ago
Have found large, red spots and even blisters on the breastbone of some of our chickens. We were told that our roost poles were to big and wide, we switched from 1.5" square roost to 1" round and it stopped the problem. Not sure if that's what you have going on but you might check some of your other birds to see.
Ed Sitko
Posts: 52
Location: Bitterroot
posted 8 years ago
We've found that giving broilers places to roost pretty much guarantees blisters and bruising. If raising meat birds, don't provide roosts.
Emily Wilson
Posts: 28
Location: Atherley, Ontario
posted 8 years ago
I would say a combination of a small breast blister and a bit of bruising. Probably not from the scalding water, when the water is too hot the skin turns white, like it's been cooked (because it has!)

"The point of life is dinner."
- Adam Gopnik