My experiment - 3-4 foot tall stumps in the garden

posted 5 years ago
So I finished up the first phase today in an experiment I'm doing.

I'm putting in my garden this year. The land was mostly brush and fir trees with one pine tree in the garden area. Instead of doing the conventional thing, bringing in the bulldozer and clearing the area that way, I decided to just cut the trees and grow mushrooms in the stumps. My theory is that the root systems will keep the longish stumps from drying out, so they will produce well, and the mycelium underground will eventually colonize most of the area. I'll be doing hugelbeds in that whole area. At worst, I will get no harvest and the mycelium will just do it's thing. So, instead of bring in the dozer, hopefully these stumps will just make MORE food for me.

About a month ago, I felled the trees (except one, which will have to wait till fall) leaving tall stumps that are around 4 feet tall.

This weekend I finished up inoculating them all, sealing with wax and covered. It was quite a project! Took about 1 1/2-2 hours per stump to do the drilling, plugging, waxing and tarp wrap tied on. I've got 7 total, one is Chicken of the Woods in a Ponderosa Pine and the other 6 are fir trees with Phoenix Oysters. The one tree remaining is also a fir so that will get phoenix oyster eventually.

I wasn't originally planning to cover them, but the chickens started coming around and pecking the wax off the dowels. I wasn't sure if they were after the wax (I think they wanted the mycelium more) so I covered them all. Not sure if that's necessary other than protection from them.

It was about a $150 investment to get the spawn and tools but this could result in thousands of pounds of mushrooms, if my theory works out as planned.

Dale Hodgins
Posts: 9002
Location: Victoria British Columbia-Canada
670
posted 5 years ago
Probably not thousands of pounds, but as Blondie said - "Dreaming is free". Plus or minus $150

posted 5 years ago
Super cool idea. I am interested in how this turns out.
John S
PDX OR

Dale Hodgins wrote:Probably not thousands of pounds, but as Blondie said - "Dreaming is free". Plus or minus $150

Watch for unwanted mushrooms and carefully separate good from bad.

Well, to clarify, I meant over the life of the stumps

posted 3 years ago
Alright folks - need some help. I'm finally seeing some signs of fruiting but not sure if its the right kind. Anybody experienced with these?

I inoculated mostly Phoenix oyster with some chicken of the woods and turkey tail. One stump looks like it's got turkey tail but it was one I inoculated with PHX oyster. And the other two, well I'm not sure if that's correct! One stump has two colors on it.
image.jpg
image.jpg

posted 3 years ago
These two were on the same stump. So my theory is that the Orange ones are some local fungus and the turkey tail somehow got on that first stump. That grayish stuff could in theory be PHX oyster since all the pics I saw were grayish whitish. But the problem is the Orange stuff is also there and I don't know if its possible to retard one and let the other grow.
image.jpg 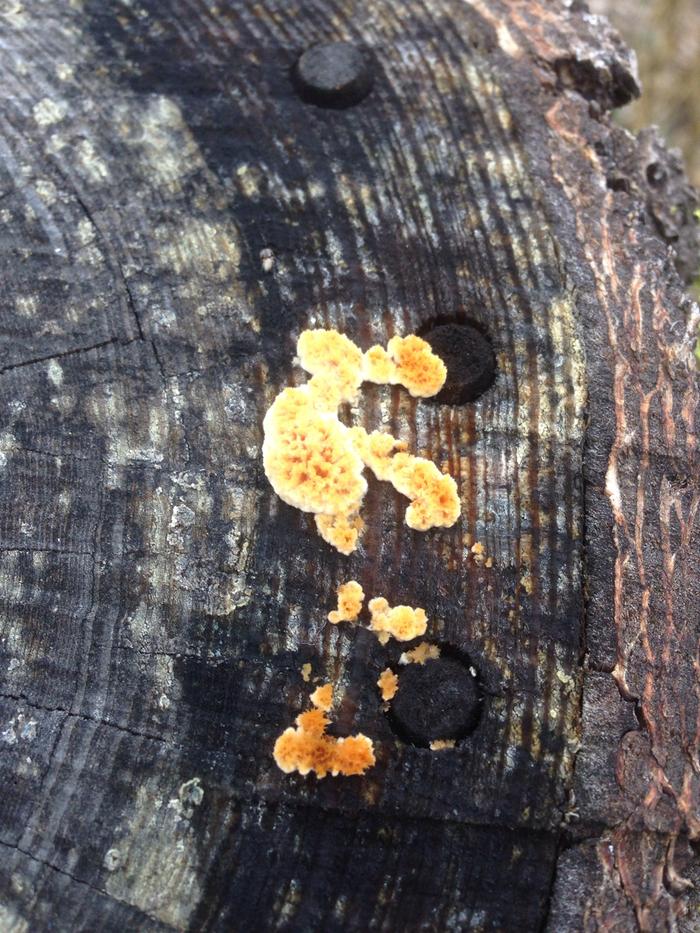 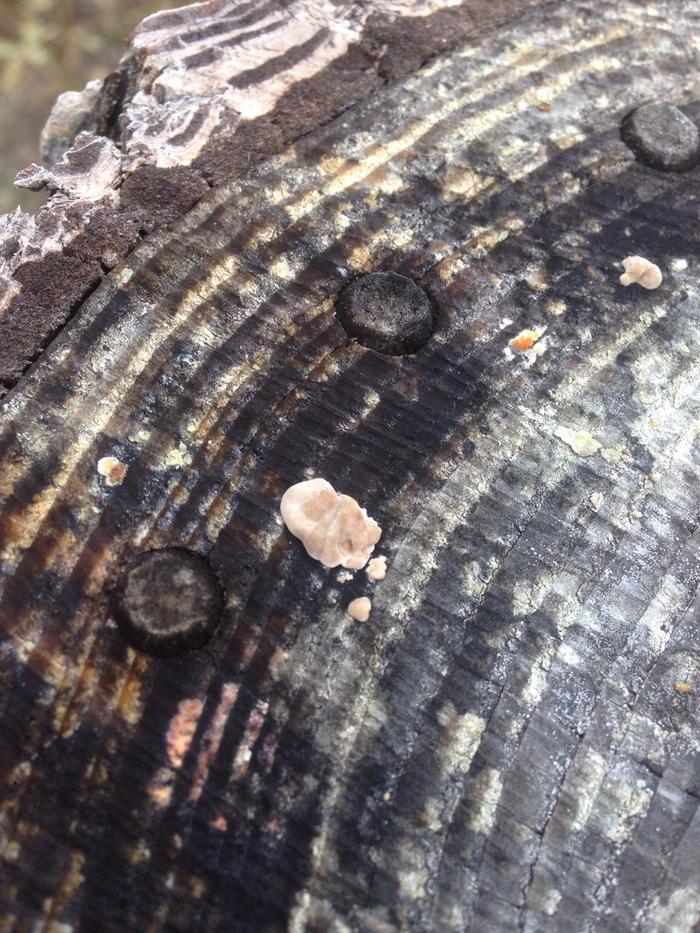 posted 3 years ago
And now that I look at Google some more I wonder if the orangish ones are chicken of the woods! the first one I posted might have been inoculated with it. I did mostly stumps and three logs that were about 4-5" I. Diameter, one with each type I bought. I let them dry out last summer accidentally so I figured they weren't going to do anything.

posted 3 years ago
I would lean toward chicken of the woods on orange one, but I can't give positive ID yet.  ID becomes easier as they grow to full size.

Could you show us the bottom side of the grayish one?
THnks
John S
PDX OR

posted 3 years ago
I can't on the grayish one because it's on a stump! I agree on the waiting bit.  I may wait a few days and see if there has been any changes.

Dale Hodgins
Posts: 9002
Location: Victoria British Columbia-Canada
670
posted 3 years ago
Just wondering if you have any production figures? Also, have you kept track of cost in both money and labor?

And what about unwanted species of mushroom? Did the type you inoculated for become dominant?
Bethany Dutch
pollinator
Posts: 367
Location: Colville, WA Zone 5b
90
I like...

posted 3 years ago
Okay so there was no new activity on any of them this spring and they didn't change much from the photos from above last fall. So, I still am not sure it worked. I'm hoping to see something this fall.

We had a really weird spring - it was SUPER late and really cold and rainy which I initially thought would bring on lots of mushrooms but it didn't (and I didn't see a ton of them elsewhere). Seemed like it went from winter to early summer without spring.

So, it all still looks the same. If I get around to it this fall, I have a different section where I have trees to fell and with those I'll cut stumps about half the height and inoculate those. Although that project may wait until spring. I'm curious to see just how tall you can leave a stump and still get mushroom production.

Tim Kivi
pollinator
Posts: 362
71
posted 2 years ago
A year on, has anything changed?