Law of the farm number 17: “Don’t sell the farm to buy a tractor”

Timothy Hewitt-Coleman
Posts: 168
Location: Port Elizabeth, South Africa (34 degrees south)
34
posted 5 years ago
I have posted this piece in the https://permies.com/forums/posts/list/80/35216'projects' section, but thought it may be interesting to 'gear" people as well

One of my favourite “tools” on the farm is our little 160cc Suzuki quad bike. My friend Eldred had it lying around in his garage and gave it to us as a gift when we first bought the farm. What I like about it is that it’s small and light, but powerful enough to take a load of fence poles or drag a log out of the dam. Having a big fancy John Deer tractor would be great, but very expensive, so right now we make do with what we have. The heavier puling tasks the quad bike can’t handle, I use my 4X4 for. The big digging and pushing tasks I hire in a TLB at R300.00 per hour. No, it’s not ideal, but I am working within the realistic limitations of what we have and how best we should invest what we have. And what’s more, the quad bike is agile, it has a tight turning circle, it can manoeuvre through narrow paths in the forest. Places where a tractor just could not get right now. The quad bike is also light on the ground, it will not easily compact the soil or sink into muddy patches. Oh yes, and of course, it doubles as a toy. I feel quite comfortable to let even smallish children take turns up and down the driveway on the quad bike. I would not be able to let them do this with a tractor.
My policy favouring a quad bike (for now) over a tractor I suppose comes out of a long tradition where my grandfathers’ grandfather would have had to make such conscious choices all the time. My grandfather’s grandfather would have lived on a farm; he would have known that if he invested too heavily in extravagances he would struggle to feed his family. If that meant walking to town because he could not yet quite afford a horse cart, then I guess that is what he would have done. If that meant housing is family in a one roomed cottage, that is what he would have had to do. That’s just the way things were, and actually that’s still the way things are.
Except…
Our modern urban lives have helped to blur the lines between what is possible and what is impossible. Banks and other credit giving business have created the illusion that we can have anything we want right now. All we have to do is sell our future lives to them. All we have to do is to agree to labour for them. So we buy the horse cart, or the three roomed cottage or the tractor, but we sell the very thing we were trying to attain by entering into the bargain. Let me be clear. In some way or other, we are always trying to be free. When we buy something or build something it is in order that we may be free. Free from discomfort, free from toil and struggle, free from inconvenience. We are always trying to buy our freedom. The banks and credit giving institutions know this, but also know that we have become conditioned to selling our very freedom, our future time and energy for the privilege of having right now what we actually can’t afford to have right now.

The debt trap has become so common and so widespread that it has become generally accepted that this is the route any young person should follow when leaving home and embarking on their journey to independence. Young people who do not go into debt to buy cars, clothing and big screen televisions risk becoming social outcasts. There are the brave ones that do resit the trend, but these are a very small, very courageous minority of thought leaders.
I must be careful to clarify that I am not speaking out against debt as a concept; I am speaking here about moving toward some acceptance that debt is a very powerful and at the same time a very dangerous tool. Clever people have learned how use debt to invest well and build empires that serve them and their families for generations. But debt is dangerous. Like dynamite. Not something to hand out an street corners to children , but something to entrust to experienced miners who after years of training, know how to apply its force surgically and precisely to extract the ore from the rock. Right now, we are suffering a pandemic of indebted , young and old, running around dazed through the city streets with sticks of dynamite blowing off hands and limbs.
I am not saying that buying a tractor is a bad idea; I am not saying that debt is a bad idea; I am saying that we must be become skilled before making decisions so that we are not tricked into selling the farm to buy the tractor.
20141109-quadbike.jpg 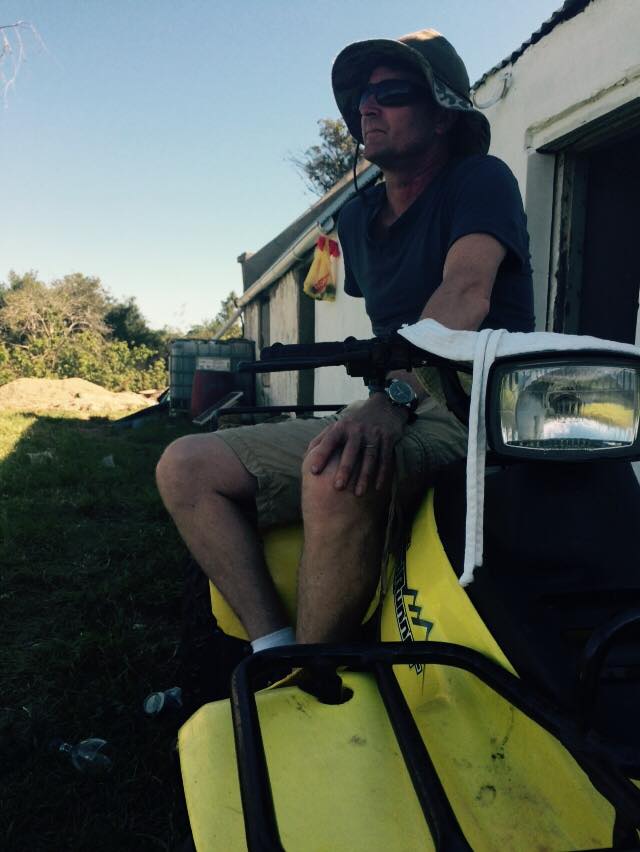 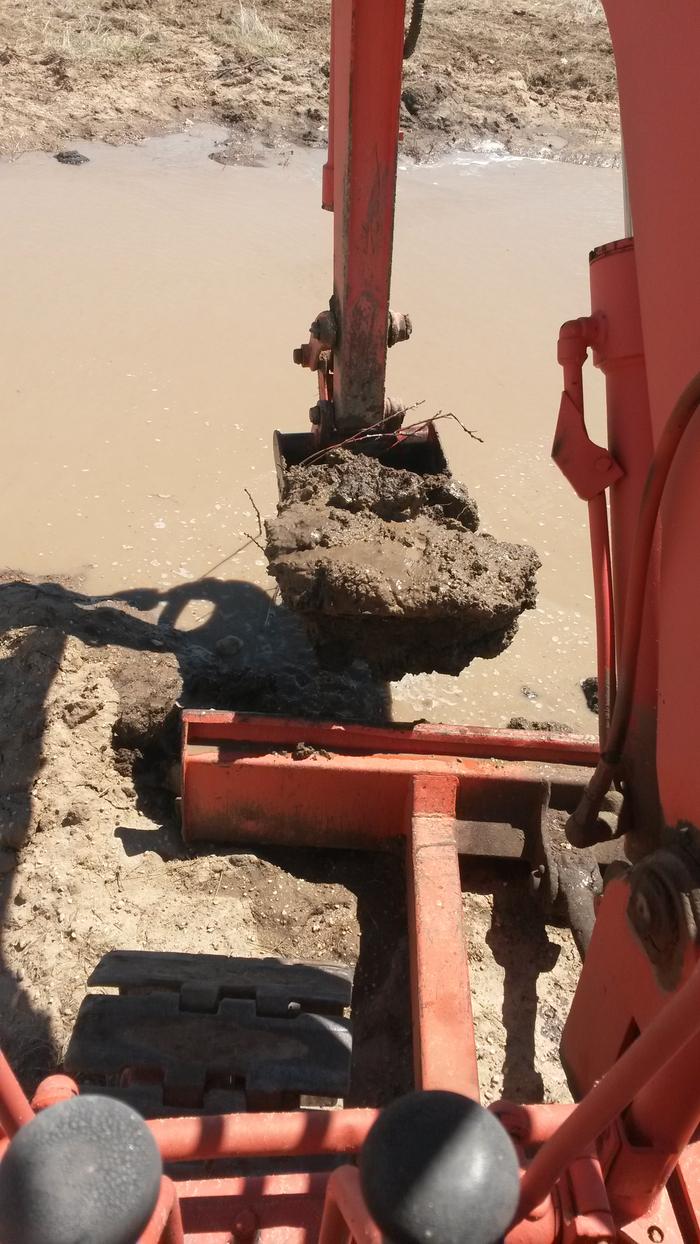 posted 5 years ago
if you dont mind me asking ella how much was that?

Devon Olsen wrote:if you dont mind me asking ella how much was that?

$6500. Needs the hoses replaced and a track tightened but it's a really amazing little orange excavator!

We couldn't have bought it if we had debt though. It's the lack of debt that allows us a surplus of money to buy things.


In essence, this is a form of slavery: economic slavery.
In order to buy something that we cannot afford now, we obligate a portion of our future labor to the lenders.
It is not just cash that we owe - it is our time.


In essence, this is a form of slavery: economic slavery.
In order to buy something that we cannot afford now, we obligate a portion of our future labor to the lenders.
It is not just cash that we owe - it is our time.


The Bible actually says that. "The borrower is slave to the lender". It's a true fact! We did the Dave Ramsey program and it's pretty life changing to get rid of debt.
Timothy Hewitt-Coleman
Posts: 168
Location: Port Elizabeth, South Africa (34 degrees south)
34
posted 5 years ago
I see around me all the time people that have "sold the farm", sold their freedom, without even thinking it through. People do this because this is just "the way things are'. So many of us are brought up not even knowing that freedom was an option. So we slave away in 9 to 5 dead-end jobs. Selling our time to the system in return for just enough cash to buy food and sleep dry at night. Perhaps the work of people like you and I in places like Permies is to focus the spotlight on the many, many ways in which we can be free (and happy and save the planet at the same time)

John Weiland
pollinator
Posts: 1715
Location: RRV of da Nort
321
posted 5 years ago
Yeah, like many I try to avoid debt at all possible places. When it comes to gear, there are some things to be said for "appropriate technologies". Maybe someday I'd find regular use for a skid-steer, but for its diversity, it's hard to beat a small tractor for fuel efficiency and work done. Obviously in countries outside the US, there will likely be a much more diverse offering of tractors and attachments, but for the US market I show the attached photos for what have been very useful on ~20 acres....All tractors are diesel fueled. The Yanmar F15D at a used (grey-market) cost of ~$5,000.00 USD is a bargain!.....Pros are reliability, power and tread for such a small package, a 3-speed PTO which is rarely found on US-offerings and great for running a 7 kW generator, and maneuverability with tight steering for a FWA tractor. Cons are that it is standard shift and has no front loader (although one could be added). The "4X4" (FWA) feature is a must for something this size and important in our mucky clay soil. No doubt the deep tread on the tires was also a must in the rice paddies of Japan. The John Deere is around the same horsepower as the Yanmar, in the 18 - 20 hp range. [As often noted, however, don't be fooled by the fact that the gasoline riding lawnmower in your garage is maybe 24 hp----the latter will have nothing like the weight and torque of these small tractors.] The Deere came with the front loader, is hydrostatic drive, but has only one speed (540) on the PTO, and is used in the winter with a 5' rear-mount snowblower. It is the most used tractor on the property for its combination of size, fuel efficiency, maneuverability, front loader, and easy of operation by both wife and me. At $12K USD, not a steal, but still a wise investment as a new purchase based on current use and the resale value of such an item. The Kubota at $21K USD was a bit of an extravagance, but again somewhat balanced by known resale value. At 32 hp, yet still amazingly fuel efficient (3 cyl diesel), it operates the brush mowers, and is the primary "earth mover" on the property. Both the Kubota and Deere purchases were "incentivized" by 0% financing for 60 months.

Truthfully, my mainstay tools up to my current age have been "non-seating": Walk-behind tillers, snow-blowers, push mowers, chainsaws, splitting maul, etc. But the utility and strength of the extra "arms" on the property, in the form of front-loaders on the tractors, cannot be under-emphasized....especially with aging self and wife. So lots of stuff out (even more-so outside of the US) there can be had if and when needed with an investment value, in my mind, much greater than your average car. (In fact, a used car under most circumstances is the *only* way to go IMHO.) Tractors are Yanmar F15D (1980s?), John Deere 4010 (2005), Kubota L3200 (2012).

Timothy Hewitt-Coleman
Posts: 168
Location: Port Elizabeth, South Africa (34 degrees south)
34
posted 5 years ago
John, Those tractor picture are really making me jealous. "one day when I am big" I will get something that will suite my pocket. I am happy to put cash into a reliable second hand tractor that will hold its value over time.

posted 5 years ago
since we had to buy a second automobile we have put off the plans for a tractor, even though it would make short work of many things we have to get done.
For now we use people power and my jeep. Plowing is performed by our hogs.
Our main goal is to remain solvent and so we don't take on bills we can't pay and still put money in the bank.