the transition from a pedestrian community

posted 6 years ago
I remember when watching "who killed the electric car", a bit of a story about how we transitioned from being a pedestrian community with public transportation to being a community with automobiles at the core.

Today I saw this interesting side story:

posted 6 years ago
I had to make a visit to Richmond last week; I've gotten very use to seeing about 30 cars a day vs 300 cars a minute! 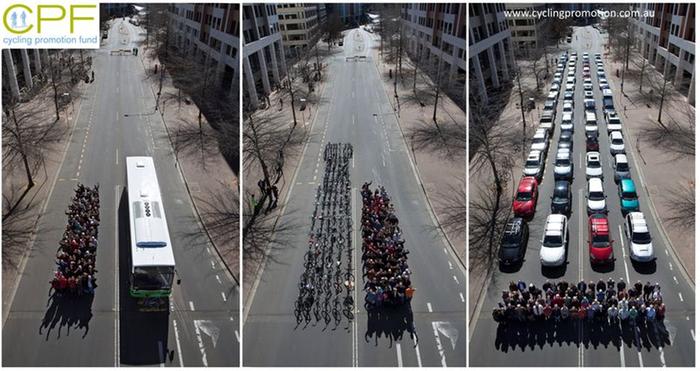 Dan Grubbs
pollinator
Posts: 685
Location: northwest Missouri, USA
100
posted 6 years ago
I lived in the Helsinki area for a while and didn't own a car there. Yes, many European cities are much more focused on public transit. But, even among these European cities, there is well and poorly executed public transit. My experience in Helsinki made all other urban transit systems pale by efficiency comparison.

The all-inclusive Helsinki transit system (trams, ferries, subway, buses) utilized one fare system and the fare was based on time, not distance or transfers. For my one-Euro fare deducted from my infrared refillable card, I could ride any unit of the system for 90 minutes, make as many transfers as I wanted, regardless of location. This meant that I could go outside my apartment, walk one block to the bus stop, hop on a bus to the subway station and ride the subway across town and hop on a tram to take me to within 1-2 blocks of my destination. And, then I could reverse the trip and get back home and if I did that all within 90 minutes, I never would pay for another fare.

Next, the trams, buses, subway cars, and ferries were immaculate. I was always amazed at how a culture that spends so much of its time in winter could keep the stations and vehicles so clean. No trash and no cobwebs. No graffiti and no filth. I wondered about it for a while and thought there must have been an army of people employed to keep the system clean. That may be, but here's an insight I had once standing at a bus stop. I was shifting back and forth on my feet and to relieve stress on my legs, I put my foot up on the bench to stand and wait. A middle aged man, clearly recognized that I wasn't Finish asked, in English, if I would not put my foot on the bench. I took my foot off and thought about it for a while and then it hit me. Transit is so deep in the culture of that metropolitan area that the people take a sense of civic pride in the system. It was revelation to this Midwestern kid who'd never used public transit in his life.

Finally, the best thing about the whole system was that you could actually, literally set your watch by the arrival and departure times of the transit vehicles. If a bus was supposed to be at a given stop at 6:06 pm, you can bet your sweet bippy that bus would pull up to that stop at 6:06 pm. Not 6:10 or 6:03. I rode the system daily and never, EVER was a bus, tram, or subway train late for a scheduled stop. At this I was truly astounded. Then it dawned on me that a public transit system can be done right.

I've ridden BART in the Bay Area, New York's system, Boston's system, Chicago's system. When compared to the system in Helsinki, these other systems have a lot to learn.

My point to bring all this up is that if a city wants to do transit right, it can. And, that system can be a positive element for the people and visitors of that city. I wish the metro I live in now had that kind of vision. We can't stop at just saying we need more public transit. We must demand public transit that people actually enjoy spending time on, not just have to ride because it's a better alternative. Then average Americans will begin to choose transit over cars.

It's truly amazing how propaganda can sink into pop culture and becomes an unquestioned assumption.

I used to drive a diesel truck converted to run off of waste straight veggie oil to and from Alaska twice a year.

Rudolf Diesel was the father of the engine which bears his name. His first attempts were to design an engine to run on coal dust, but later designed his engine to run on vegetable oil. The idea, he hoped, would make his engines more attractive to farmers having a source of fuel readily available.

It's a similar thing in the transportation history where a true word-history origin story, Diesel in this case, is not fully known or popular.