posted 6 years ago
Sacramento Public Library patrons will soon be able to check out a variety of tools, technology and home appliances through a “Library of Things” program.


Have you ever had the urge to play around with a music synthesizer or take a GoPro camera on an adventure, but didn’t want to own one?

It may soon be possible, once the Sacramento Public Library launches its new “Library of Things” program later this month. Library patrons will be able to check out a variety of tools, technology and home appliances the same way they currently borrow books. 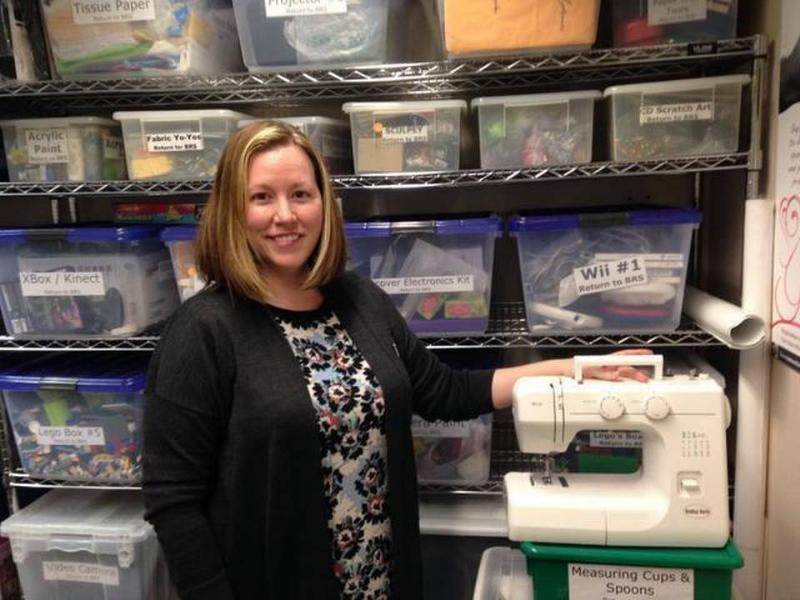 posted 6 years ago
That's a great idea! I will have to see if our local library would be interested in doing something like this.
John Suavecito
gardener

posted 6 years ago
The Hillsboro Main Library in the Portland area does this too.
John S
PDX OR

posted 6 years ago
I first heard about this idea listening to Jacque Fresco the designer behind The Venus Project which is a really great idea for systems to make earth sustainable. Super interesting dude

We are starting an eco-community in British Columbia and currently seeking new friends to be part of it.

Erwin Decoene
pollinator
Posts: 145
Location: Courtrai Area, Flanders Region, Belgium Europe
27
posted 6 years ago
Why should this be organised by government ? Here in Belgium, we have some initiatives that are just organised between people or by clubs or by businesses. Our local government here supported a scheme for groups of neighbours to buy garden tools one only uses occassionaly, such as shredders, etc....
It also works with cars or bicycles or.....

A local group of permies or homesteaders could make this happen.

Just use autotranslate to get a general idea

posted 6 years ago
Because it'd probably be illegal here.

It's hard for even government-run libraries to do anything good... like this seed library from last year.

Can't imagine what would happen if an actual person started a lending club or something.

It's an awesome idea though. Hope it works out and more libraries start such a program. Here most people just buy and resell everything instead of loaning. Very inefficient.
John Suavecito
gardener

posted 6 years ago
Also, it's a public good. Everyone benefits, and you don't really use up the tool by borrowing it, so it makes sense philosophically.

I think if people want to do that without government, more power to them.

Many people borrow tools and don't bring them back from their neighbors. Hopefully, they would remember or be asked to remember more easily by a library.
John S
PDX OR

It's hard for even government-run libraries to do anything good... like this seed library from last year.

Can't imagine what would happen if an actual person started a lending club or something.

It's an awesome idea though. Hope it works out and more libraries start such a program. Here most people just buy and resell everything instead of loaning. Very inefficient.


On the one hand i'm not amazed that the government wants to protect food security (it should) but it is utterly ridiculous to target seed libraries when one can buy seeds from everywhere over the internet with minimum checks. On the other hand local seed diversity is the best defense against agri-terrorism - so who is kidding who ?


This does not take away the usefullness of the overall concept of lending each other stuff or of co-owning it. Unless it becomes unpatriotic not to buy chinese made stuff from Wallmart ?

While we were on the subject, a newsletter came in with this link http://phys.org/news/2015-12-dawn-wild-west-economy-global.html#nRlv

James Colbert
Posts: 273
12
posted 5 years ago
I live in sac I will have to check that out.
Marc Mindy
Posts: 9
Location: South Boston, Massachusetts
I like...

posted 5 years ago
Wow! That is a great idea! It does make me wonder about the viability of a community-supported borrowing club. Even a (reasonably priced) rental program. An interesting venture for those with access to commercial property...

If you think you like what Marc and Mindy have to say, check out The Walking Herbalist Podcast!
(That way you can get sick of us more quickly...)