SOS! Something is tearing up my garden. What is it and how do I deter it?

Something(s) is tearing up my garden beds.  It's getting bad and I have no idea what it is or how to stop it.  When I wake up in the morning and check my garden, I have been seeing this almost every single day.  This does not happen during the day, only in the evenings.  I see no droppings of any kind in my yard.  I know the neighbors have had racoon problems with their pool, and I know too that armadillos are seem lumbering around from time to time (who knew Jacksonville had armadillos?).  I suspect too there are other critters here as well.

Does anyone have any idea whatsoever about what is causing this?  I'm losing plants at a terrible rate.  :/ 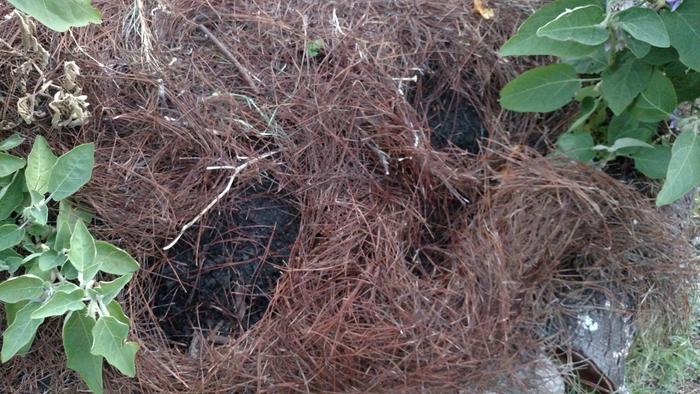 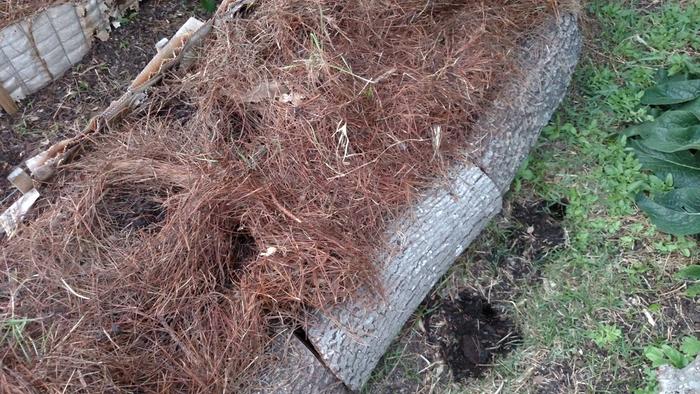 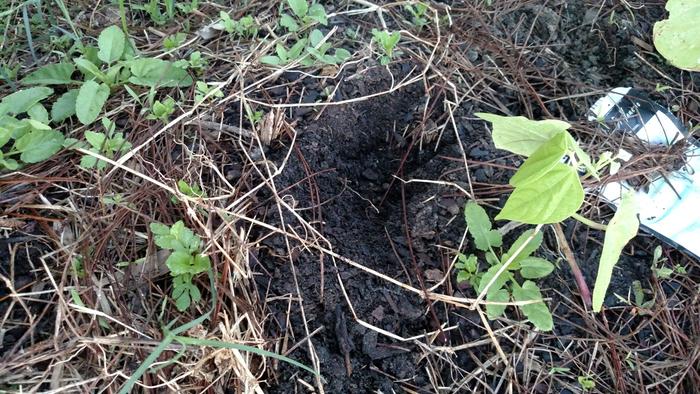 Judith Browning
Posts: 7702
Location: Ozarks zone 7 alluvial,black,deep clay/loam with few rocks, wonderful creek bottom!
1520
posted 3 years ago
That looks like armadillo damage to me...they love a moist mulched bed for rooting around in as well as a forest of leaf mold.  Here, they aren't so much of a problem until it's so dry that the garden is the only place with damp soil.  I kept them away with low brush piles one year ...they're not very smart, I think, as they could have gotten over the piles.

Maybe some fence wire tunnels with enclosed ends would be enough to deter them?  I use these to protect crops from many things including birds, cats and bunnies.

posted 3 years ago
It's difficult for me to say what is tearing up your garden, but a good fence around your garden should do the trick. I have an electric fence around my garden to keep the rabbits out and I've never had any critter try to burrow under it to get in my garden.

posted 3 years ago
Probably armadillos. But Raccoons can also.do that.  I say that because it happened in some potted plants that armadillos couldn't get up into it.

Logan Therrion
Posts: 33
Location: Jacksonville Beach, FL Zone 8b/9a
posted 3 years ago
I finally found out what it is.  It's a possum.  We saw it last night.  Ugh.  That means a fence won't work.

I have read that possums are not all that bad in that as a critter, they do a lot of good.  Except of course when they go through my beds and tear up seedlings and plants.  Any thoughts as to how I can get the little guy to not tear up the beds?  He seems to like the paths more than the beds, thankfully.

Is an electric fence my only option?

Thanks all for your feedback and information.
:)
LT
David Livingston
pollinator
Posts: 4328
Location: Anjou ,France
243
posted 3 years ago
I am told they make good eating .....

Todd Parr
pollinator
Posts: 1793
Location: Wisconsin, zone 4
95
posted 3 years ago
It is estimated that one possum eats 5000 wood ticks per season.  They also eat grubs and mice.  If you put a couple eggs out, possums much prefer those to your plants

Mary Christine Nestor wrote:I wouldn't want to give critters a taste for eggs if I had any chickens.

I haven't caused any problems by putting eggs out, and the spot I put them is literally 25-30 ft from my coop.  My coop is pretty well predator proof, and I have only lost chickens to predators when I didn't shut the coop up at night.  I haven't had a loss since putting eggs out, maybe partly because I have pretty low predator pressure, and also because they don't have to try to break into the coop.  I don't put them out regularly, but if I had a possum that lived nearby, I may.  I don't think it matters if you give them a taste for eggs.  As far as I can tell, they have that instinctively.

Logan Therrion
Posts: 33
Location: Jacksonville Beach, FL Zone 8b/9a
posted 3 years ago
Yea, I agree that they do a garden a lot of good.  I certainly don't want to terminate the critter.  I'm just trying to figure out how not to get it to rough up my beds.

Here's the interesting thing about this though.  The critter (anyone got a good name for it?) doesn't seem to tear up the beds that are populated with bell peppers, flowers, onions, and various other plants.  It seems to like the paths, and the beds that have very little planted in it (so far).  I've read they like veggies but my bell pepper plants have many peppers, as well as the sweet / hot datil pepper plants.  There's bush / pole beans it hasn't touched - and hopefully won't.  So I'm hoping it's getting it's fill from all the other things to eat around here.  Note that I am about 5 blocks from the beach, so all the lots are developed.  There's not a lot of wild around here.  It's houses, sand, fences, roads, and drunk / loud college kids.

I'm continuing to put coffee grounds in the beds it's tearing up, hoping it won't move to a heavily populated bed.

I'm going to put small fencing around mt porch as there is space beneath it for the possum to make a home.  I'm going to seal all but one area today and tonight well after dark, seal the last portion of it.  I don't want to trap it under my porch.  I've read they are transient so I'm hoping that after the mulberry trees have stopped producing (soon now) it'll go find somewhere else to hang out.

I'll keep y'all posted as to whether it continues to be a problem and what else it gets into, if anything.

Todd Parr
pollinator
Posts: 1793
Location: Wisconsin, zone 4
95
posted 3 years ago
My guess is that it is eating worms or grubs or other creepers mostly.  I think they prefer that to plants.  I have a woodchuck that eats my plants, but as far as I know, a possum never has.  If it's at all possible, I would just try to give it an alternative food source that is not in the garden.

Also, since you said there isn't really anywhere for it to go, could I suggest a live animal trap and a trip to somewhere more hospitable for it to live?

posted 3 years ago
I was going to guess possum.  Those little poky holes are a dead giveaway ---- their little pointed noses poke down into the mulch and soil as they dig for worms and grubs.

They are VERY easy to trap if you want to get rid of it.  A simple box trap and a handful of whatever leftovers you have after dinner tonight.  They are dumb as a bag of hammers, but they are very resilient.  I've caught them several times in a completely unbated trap.  They tend to run the same circuit night after night once established in an area, so you just bait your trap and wait.  Easy.

We've got them by the thousands here in Los Angeles county, and since I live pretty close to a creek, they are a constant pain in the arse.  They are constantly road kill.  I chop and drop them (figuratively, people, figuratively) and add their carbon into the system (either feeding them into the soldier fly bin if I've got one actively going, or burying them around the orchard).  Never put them in the compost ---- SO STINKY, it's painful.  There is always another within a month or two . . . or three.  They come in waves --- you'll catch 8 of them over a couple of weeks, and then you'll have peace for several months.

They eat snails, so in the winter, I don't trap them as aggressively (as that's when we've got the most slugs and snails).  But they tear things up looking for the grubs from fig beetles, and with my heavily mulched garden, I've got a zillion of those fig beetle lava in the soil all the time.  They also try to get into the chicken coop or chicken tractor if I've got the girls out there overnight somewhere.  It you're not well secured, they'll kill your birds.  Not on my watch.