In your opinion what is the most drought tolerant tree in the world?

Jon Snow
Posts: 38
5
posted 3 years ago
What is the most drought tolerant tree in your opinion? Mesquite, Palo Verde?
Steve Farmer
Posts: 571
Location: South Tenerife, Canary Islands (Spain)
7
I like...

In my ecosystem, Juniper and Pinyon Pine are the most abundant desert-adapted trees 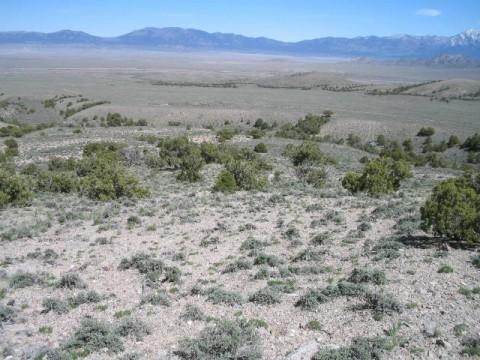 posted 3 years ago
Yuccas such as the Joshua tree are drought resistant once mature and can be useful as part of a barrier. I planted yucca and prickly pear at my boundary and these will make a formidable spiky fence in 3 or 4 years. Yuccas are however a succulent, not a tree, and the Joshua Tree is a particularly slow growing type of yucca and not good at handling drought when young. If you've got these then for sure don't remove them but if you want to green the desert with little or no irrigation then go for the faster growing N fixing trees such as gliricidia sepium, leucaena leucocephala and mesquite, listed in order of rate of growth and drought tolerance. Downside of these examples is sensitivity to cold.

John Elliott
pollinator
Posts: 2392
87
posted 3 years ago
You have to make a distinction between low desert (very infrequent frosts) and high desert (frequent hard freezes and regular snows).   Pinon pine, juniper, and Joshua trees are all high desert adapted.  For low desert drought tolerance, you have to look at mesquite, then palo verde, then ironwood (Olneya tesuta) in order of drought tolerance.  You could also add in smoke tree (Psorothamnus spinosus).  None of these are as drought tolerant as creosote bush (Larrea tridentata), if you are willing to stretch your definition of "tree" a little.

In the driest parts of the Colorado Desert (Yuma northwest to 29Palms and up to Death Valley), smoke tree and palo verde are confined to  washes, mesquite is largely absent (it really can't take <3" of annual rain and still compete), ironwood can venture a little further out of the wash (and is the least cold tolerant of the bunch), but creosote bush abounds everywhere you look.
Joseph Lofthouse
steward

Around here, about the only fruit tree that I see routinely growing in low-moisture areas are apricots.

Jon Snow
Posts: 38
5
posted 3 years ago
I want to plant some trees in the high desert, Johnson Valley 20 miles north of Joshua Tree. I know its tough to get them started here.
Joseph Lofthouse
steward

Posts: 5125
Location: Cache Valley, zone 4b, Irrigated, 9" rain in badlands.
1833
posted 3 years ago
When we plant trees around here, I figure that they need two summers of supplemental water to get started. Suitable trees planted without irrigation have a survival rate of around 5% on my farm. I highly recommend paying attention to what is already growing in the area, and then plant those species, or closely related species. I'm expecting climate warming during the lifetime of a tree, so if it were me, I'd look into  planting trees from 300 feet lower elevation or 300 miles further south at the same elevation.

Jon Snow wrote:I want to plant some trees in the high desert, Johnson Valley 20 miles north of Joshua Tree. I know its tough to get them started here.

It's easy to get palo verdes started, just give the seeds a good once-a-week soaking, like the equivalent of a 1" rain.  In fact, that is a good strategy for most desert plants, as they use heavy summer downpours to get jump started.  Since those types of summer rains are infrequent, seeds have to remain dormant for a long time, and they do.  I have gotten samples of seeds that are 20 years old, and using the 1"-a-week method, they come right up.

What is your elevation there?  Probably too high for desert ironwood, but palo verde should do just fine.  Once it's set a good taproot, it will be very drought tolerant.
Joe Banden
Posts: 21
Location: Central, MT (Zone 4b)
I like...

posted 3 years ago
Didn't see anyone mention Mesquite trees, may not be the most drought tolerant, but they can reach deep to the water and have edible seed pods. Deepest recorded taproot (down to 164' I believe). I started mine from seeds (currently living in Eastern New Mexico), they sometimes don't get the attention they need, but seem to be thriving even in the dry wind and hot sun.

Jon Snow wrote:I want to plant some trees in the high desert, Johnson Valley 20 miles north of Joshua Tree. I know its tough to get them started here.

It's easy to get palo verdes started, just give the seeds a good once-a-week soaking, like the equivalent of a 1" rain.  In fact, that is a good strategy for most desert plants, as they use heavy summer downpours to get jump started.  Since those types of summer rains are infrequent, seeds have to remain dormant for a long time, and they do.  I have gotten samples of seeds that are 20 years old, and using the 1"-a-week method, they come right up.

What is your elevation there?  Probably too high for desert ironwood, but palo verde should do just fine.  Once it's set a good taproot, it will be very drought tolerant.

My elevation is 3400 ft. I planted a incense cedar and its doing great. I also have a few honey mesquite seedlings. The incense cedars are native to upper elevations close to where I'm at. They are very drought tolerant and can survive with 15 inches of rainfall.
Joel Bercardin
pollinator
Posts: 563
Location: Western Canadian mtn valley, zone 6b, 750mm (30") precip
67
I like...

posted 3 years ago
Arid is not what my region could be termed, though I've travelled in Mexico & the American Southwest.  So I hope my thought isn't too "arm chair", but when I saw your subject line Bristlecone Pine came to mind.  From Wikipedia:
"Pinus longaeva, is among the longest-lived life forms on Earth. The oldest Pinus longaeva is more than 5,000 years old, making it the oldest known individual of any species.  Despite their potential age and low reproductive rate, bristlecone pines are usually a first-succession species, tending to occupy new open ground. They generally compete poorly in less-than-harsh environments, making them hard to cultivate.  They do very well, however, where most other plants cannot even grow, such as in rocky dolomitic soils in areas with virtually no rainfall. Bristlecone pines grow in scattered subalpine groves at high altitude in arid regions of the Western United States."
"Subalpine" worries me a bit, though. 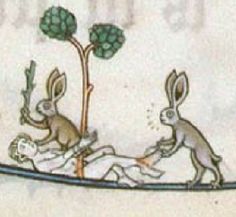 I looked to see what is already growing at my place but all I could find were petrified trees.
They are SLOW growing!

Last week I was counting how many evergreen trees I have. I came up with 25 or 26, it was like counting goldfish in an aquarium, and butterflies distracted me.

Of the hundreds of small trees I have bought and killed it looks like rocky mountain juniper has a100% survival rate.

I bought them and put them in 1 gallon pots where I lived in cottonwood,az. I had to pack up and leave in one day so I took them and other trees out of their pots and bare rooted them into a trash bag.
I took them to southern California and planted them with about 25 other evergreens in one large Tupperware container.
They stayed there nearly a year. I finally took the whole thing to Arizona and put them in individual pots.
Two winters ago (October) I planted two in the ground and they survived. Last October I planted the rest and they are all doing well.

Even if a rabbit or other critter doesn't like eating an evergreen they still cause damage in the tasting. I also needed the cage to hang the sun shade on.
I generally water the daylights out of them every month or so.

posted 3 years ago
When I started using tree tubes & protecting the young trees from the wind, everything became way more D.T.
Picture1218161755_1.jpg 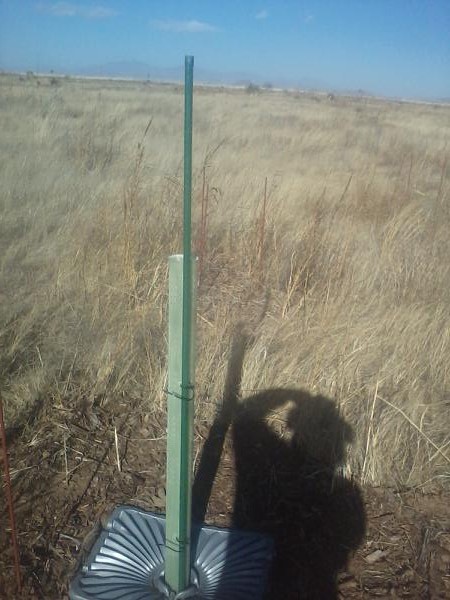 kevin stewart wrote:Hi jon
Whatever you grow, you have to protect it from these guys.

Yeah, no joke.  It's easier to keep men inside a prison than it is to keep rabbits out of a garden.  Being ignorant when I moved here I put chainlink up around my garden, rabbits ran(literally) right through it.  So then I added "rabbit fence" outside the chain link.  For those not familiar with it, rabbit fence is a grid of wires, small openings at the bottom and larger ones on top.  So now in order to run through the fence the rabbits had to jump up 2 feet and go through the larger openings.  So then I added chicken wire, that slowed them down for a day, as they just tunneled under it.  Then I added gravel around the bottom of the fence and about 2 feet out.  That pretty much cured it, they don't like digging in the gravel because it just falls back in, but every now and then one persists.  I just chase him out and fill in the hole and that keeps them out for another couple weeks.  I've been contemplating a concrete footer...naw.

FWIW the rabbits generally ignore the weeds (aka Mesquite).