Raising fish in cages in an established pond

It seems like a great idea. I heard of someone raising trout in the winter near here.Biggest problem for me would be my pond isn't close enough to feed them twice a day. Gas would cost more than the fish are worth. I know the make automated feeders that scatter the food over a big area. I guess it could be rigged up just dump food in a cage. Feeders are expensive. I have an old rusty feeder but not sure if it works.

I thought I might start with hybrid bluegill next spring. I wonder if they could get big enough in one season?

I think my pond's fish population is out of balance. Too many catfish eating all the young bass and bluegill.  I was going to take a lot of them out last spring but the first three didn't taste good, lots of red meat. I'm hoping they were eating something nasty and will taste better this fall. I'll find out soon.
Bryant RedHawk
gardener

posted 3 years ago
Catfish can taste both of the water conditions and if they aren't cleaned correctly.
If it is a muddy, musty taste then the musk glands most likely didn't get removed, they are easy to miss since these organs actually look like good meat.
They are located along the stomach line and have a serrated look to the lower edges of the fillet.
There are two at each set of fins (one per side)

If it is the water the best way to clear the fish is to move it to a clear water tank for a day or two, that will clear any "water borne" flavoring.

Blue gill grow fairly quickly but you aren't going to get large "slabs" in one year, it usually takes them two years to put on decent size.
Black Bass are documented to put on a pound a year after that first year as a fingerling, Trout put on about the same. These are in perfect conditions though (hatchery growth where they get room to move about and food every hour).

Tilapia are the usual fish grown out from yearlings to plate size in one year in the hydroponic world.

Cage growing is viable but you still have to have cages large enough for the fish to be able to move about quite a bit.
check the internet for photos of operations overseas or on US coast line to see how large most of these cages actually are.
You can grow out fish in hydroponic ponds, this is being done by Dr. Wayne Borland in Colorado, he has several of this type of pond set up and growing Bass, Tilapia and an indoor system where he grows shrimp.

Ken W Wilson
pollinator
Posts: 1165
Location: Nevada, Mo 64772
101
posted 3 years ago
Thanks Redhawk! I meant to catch and sample a few last weekend, but I didn't have time. Hopefully I'll get to fish this weekend. I will look for the glands. The water is usually pretty clear. They're stomachs were full of weeds. Maybe that could be the problem? If they still taste strong I'll look for a tank.  Maybe a 100-200 gallon stock tank? Would it need filters and aeration if they were only in it a couple weeks?

I didn't know bass could grow that fast. I will look into that. I like tilapia. I've got more studying to do. I think I if eat most of the catfish, I might be able to get the population balanced and not need the cage. I hope I still have some bluegill for breeders. I think I still have a few bass that are big enough to be safe from the catfish. It's a small pond, about an acre.
Pablo Parvat Costa
Posts: 4
Location: Bariloche, Patagonia, Argentina
posted 3 years ago
Hi, fiends, here is Parvat, from Bariloche, Patagonia, Argentina.

Last summer (here is beginning spring, now), I've made a pond, approx. 19,000 liters, 1 meter deep, as a water reservoir for the orchard, and I want to grow some fish there. I thought to put rainbow trout, very common over here. Do you think is possible? How many? And do you think it is necessary to feed them? I guess it'll be enough with the dirt of the soil and the flies they could catch!

If necessary I could give them some grains and worms ...

Thanks for the advises!

The most important question is:  Will there be enough oxygen in the pond to sustain them?  Or do
you need some way--air pump, fountain, sprayer--in order to oxygenate the water?
Travis Johnson
pollinator
Posts: 4958
1154
I like...

posted 3 years ago
My first wife was a Lobsterwoman and my inlaws (at the time) owned a lobster pound.

Today a lobster pound is little more than a wharf, most being coop's where lobstermen group together, buy diesel fuel for their lobster boats, bait, supplies, etc in bulk so they all can benefit, but also drop off their lobsters to a wholesale buyer. But that is not the way it used to be,nor why they got their name lobster pound.

Back then they used to create "pounds" which were wooden structures where the tide could come in, yet lobsters could not escape. They would buy lobsters during the June-October height oflobster season, put them in the pound, then feed them during the winter and sell them the next spring when prices for lobster were highest.

There was a lot of problems with this; first it was not always easy to keep the pound in great enough shape not to have a blow out and have lobsters lost back to the bay. Then there was the cost of the feed to keep them alive. And of course all this was based on the razor thin margin of what they originally bought the lobster for off the boat, and then what it would be at a sale when the price of lobster was highest. I do not know of any lobster pound that does this anymore. Lobstering has just changed, and while for most there is a "season', for a lot of Lobeterman and Lobsterwomen, they chase lobsters year around. The ice is not what it used to be, lobster boats are better, and prices do not fluctuate as much.

A few people have tried raising mussels in the same way just a few years ago, but could not seem to make a go of it.

My cousin raised fish in his homemade farm pond, but when I asked about getting fish out of there he said he had one and it tasted horrible. But in his case it was a commercial fish food and we are pretty sure that was part of the foul taste. I think that would be the key to raising fish in this manner. I sound all negative here and do not wish to be,but in doling out real life experiences I think a prudent fish farmer would:

1. Realize the margins on raising fish are VERY thin
2. Prioritize the right feed for good tasting fish (my cousins were huge, they just tasted like crap)
theresa tulsiak
Posts: 30
Location: Tampa, United States
posted 3 years ago
While not an expert (and in fact a failure at both Aquaponics AND makerspace endeavors!) I do have academic opinions concerning the raising of fish using plants to utilize the 'nutrients'  for a recirculating loop.Now that the government is catching on there are even grants available and leases - at least in Florida. I believe that AQUAPONICS is better for health and efficiency once it is set up, cycled and running, and then the sky is the limit. There is information comparing both all over the internet. Multiple income streams are possible or just a sustainable homestead. Good luck.
Pablo Parvat Costa
Posts: 4
Location: Bariloche, Patagonia, Argentina
posted 3 years ago 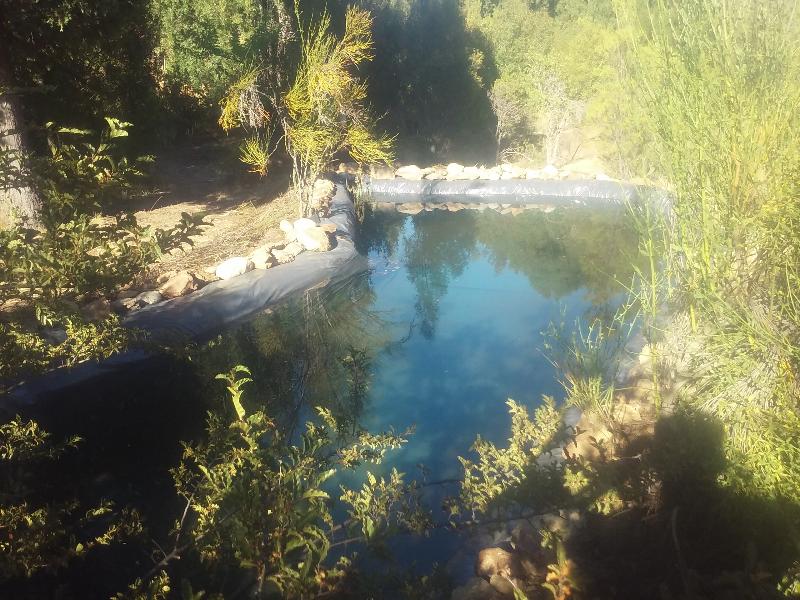