M Granson
Posts: 2
1
posted 3 years ago
TL DR: Will a vine invasion move an ecosystem toward succession (i.e., from grasses/bacterial to forests/fungal), undo ecosystem succession, or something else? 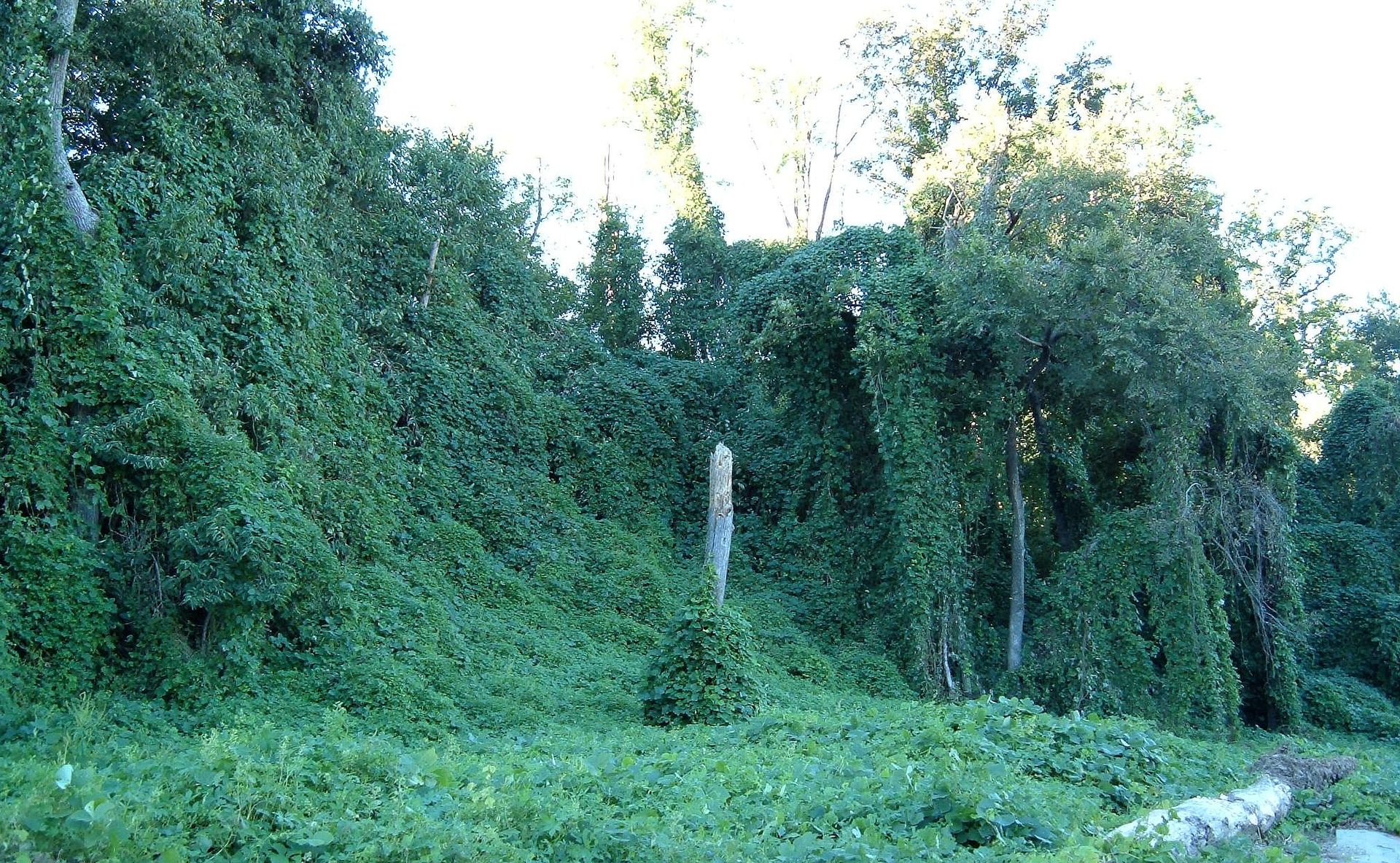 I look along the highway on the East Coast of the U.S., and I see vines often covering trees -- kudzu, English ivy, Japanese honeysuckle, porcelainberry.  You can cut them back, but ultimately fighting invasives is a losing battle.  Plants always win.  Forest edges get covered in vines.

So what is the impact on a forest in five years?  Ten years?  Fifty years?  Do vines slowly push treelines back by killing trees on a forest edge?  Do the taller ones survive?

Ostensibly, vines that cover forest edge have a number of ecological benefits.  They cover the earth (whether previously vegetated or not) shading the soil and protecting it from erosion.  Vigorous roots hold the soil and moisture and stimulate soil microbiology.  A curtain of vines on the forest edge will quickly seal off forest interior from light and wind, which can dry out forest interiors and undo ecosystems, like a scab on a wound.  On the whole, more plant mass > less plant mass.  Ostensibly invasives are doing the work that less vigorous native and naturalized plants are not.  They are filling an ecological niche.  They are one of the layers of the permaculture food forest for a reason.  These benefits help to make the case that vine invasions are better than the alternative.

(For the purpose of this thread, I'm just talking about a forest-edge scenario.  Invasions are often a response to ecosystem disturbances.  I'm assuming a vine invasion in the middle of a stable forest ecosystem is much less likely, but feel free to play with any scenario.)

This is a question for which books and teachers don't seem to have a clear philosophy.  I understand that the permaculture answer is always "It depends."  Should I divine from Tao Orion's book "Beyond the War on Invasive Species" that it would be better to leave it be?

Adding humans to the equation makes it easier to answer.  If humans have the resources to manage the space, they can select the plants they want until the ecosystem stabilizes.  Maybe they get goats to eat the vines down.  Or e.g., harvest kudzu as animal fodder or make biochar.  They can encourage the vines they want to fill the ecological niche.

But what about broad-acre situations?  State-level highway management?  What if you have limited money and people power?  Is leaving a kudzu invasion of a forest edge going to do harm?

posted 3 years ago
The problem is the solution?

From a purely philosophical point of view. It is impossible to determine if a vine helps or hurts a forest. How would one even go about measuring that? How would one even determine whether forests are good or bad? Or whether one particular tree in a forest is helping or hurting the forest, or other beings in the forest?

Therefore the way I deal with the question of invasive species is also philosophical... All life is precious, and is welcomed to my farm, regardless of where it was living last week, last century, or last epoch.

Gilbert Fritz
pollinator
Posts: 1727
Location: Denver, CO
90
posted 3 years ago
The "tangled" topic of ecosystem health! Most use "naturalness" or "un-disturbness" as a sort of cop-out. Health of an ecosystem is hard to measure. There are scales to measure biodiversity, biomass, and stability; I've heard some say that these rankings can be put together to measure overall health.

As far as what happens to succession after the vines, that is an interesting question. I have no first hand experience. I've heard that the vines are palatable to cows and other grazers, and they definitely are capable of pulling down trees. So maybe they'd pull down all the trees, end up on the ground, get grazed by cows, and eventually outcompeted by grass after a few fires or enough grazing? (since a grass would spread fire and encourage grazers.) I'd guess they would persist sufficiently to smother any tree regrowth which would emerge, since that would get the vines up out of reach of grazers.